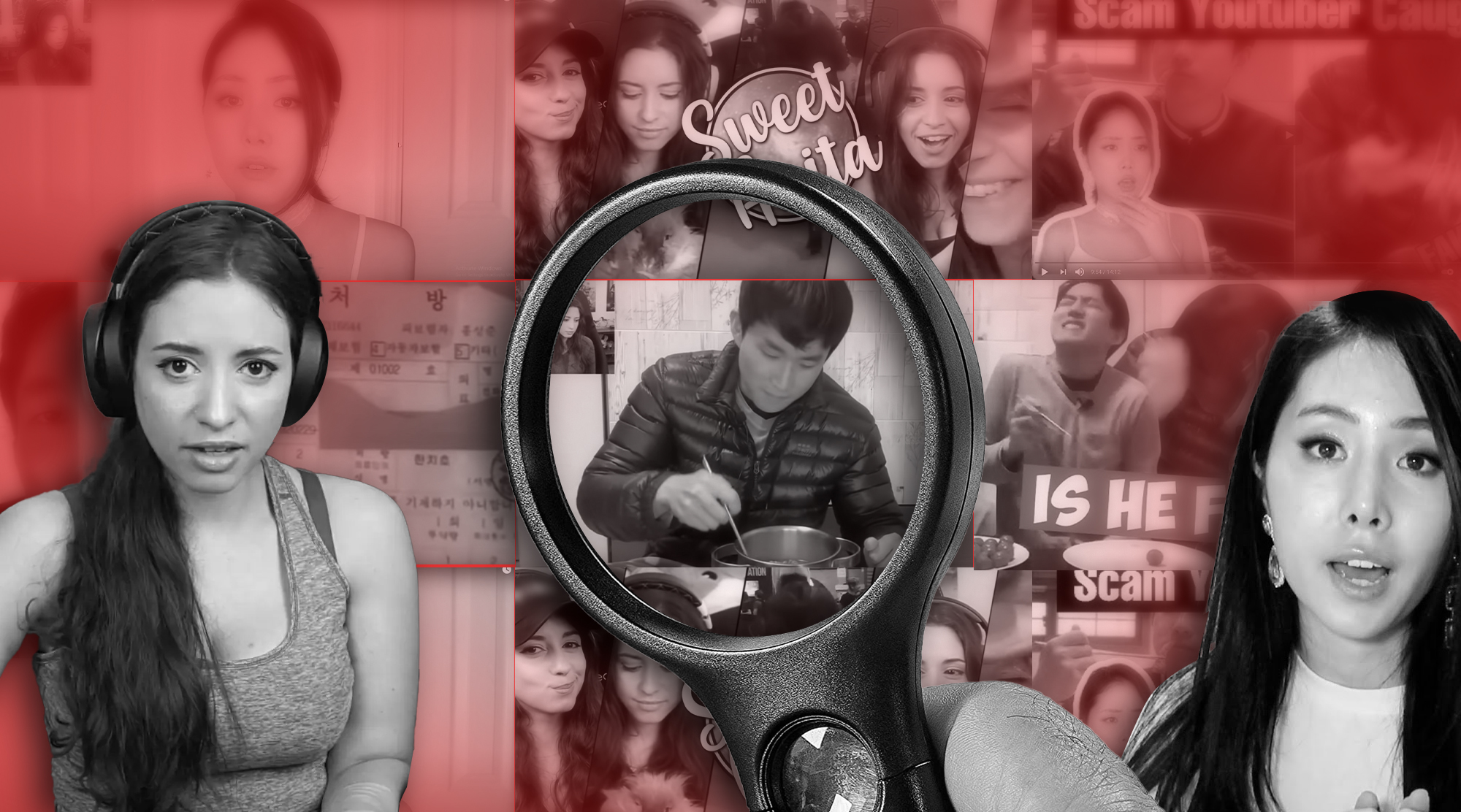 On September 7, Sweet Anita, a Twitch streamer with 1.8 million followers, issued a statement:

“Recently I reacted to a report that this man was faking tourettes syndrome. This reality is that people officially diagnosed with Tourette’s do all these things. Claiming that any of these instances are ‘gotcha’ moments has a very real impact on people suffering with Tourette’s because they are treated with suspicion and doubt every day, whether they are content creators or not. People thinking these are signs that someone is faking will treat people with TS terribly.”

If you are out of the loop, I can explain. Sweet Anita has Tourette’s syndrome, which basically means that she makes involuntary movements and sounds called “tics.” She talks a lot about Tourette’s on her channel; she uploads videos in which she herself tics and answers whatever questions her audience may have. She is informative. Among other things, she explains that Tourette’s waxes and wanes in severity and that not every person swears with it: two things that, as someone who also has Tourette’s, I find myself repeating over and over again.

As someone with Tourette’s, I can confirm that Grazy TV’s video is a veritable cesspit. Her points are without merit. There is no reason to suspect that '아임뚜렛  I'm Tourette is putting on his condition. What’s more, to cast such generalized doubt about someone’s disability is not only tasteless but also pointless.

Not being believed can prevent disabled people from getting diagnoses, adequate care, and state support, as well as causing significant trauma.

Despite this, deciding who is “really” disabled is apparently a way that people spend their time. If you are so minded, you can participate in r/illnessfakers or r/fakedisordercringe, two corners of hell frequented by members of the disability police. Here Redditors sort the real from the fake because, in their mind, they can. Often the definition of armchair psychologists, their common targets include people with dissociative identity disorder, people with Tourette’s, and other individuals with several neurological, psychiatric, or neuropsychiatric diagnoses. It doesn’t matter that diagnosing people in the neuropsychiatric world is an imprecise art, that innumerable conditions overlap in untidy ways, or that one doctor can call you one thing and another doctor can call you another, leaving you with a number of diagnoses. These people are fake because they just are.

The subredditors do not want to be ableist, though – heaven forfend they judge people for how their disability presents – but when the users judge disabled people for how their disability presents, their ableism abounds anyway. They are also often wrong. There is nothing obviously fake about the disorders featured in these subreddits. Much like the claims in Grazy TV’s video, you can debunk claims here too.

In any case, Sweet Anita tackles Grazy TV’s video admirably, breaking down and explaining the shakiness of Grazy TV’s points. She does not say the YouTuber has Tourette’s, but she does not say he doesn’t have Tourette’s. In this way, she is a good fact checker. She is much calmer than I would have been.

If a similar claim had come my way – the claim being '아임뚜렛  I'm Tourette has Tourette’s – then, as a fact checker, I might have to say such a claim is unverifiable. Only a person and their doctor know their medical conditions, and just because the person has the symptoms of something, diagnosing someone can be a random and clumsy process – even for those most qualified to do it. Symptoms can come and go. Symptoms can fit one diagnosis but also another diagnosis. It’s murky.

On the other hand, as a Touretter, I would be tempted to mark the claim as true and say that of course'아임뚜렛  I'm Tourette has Tourette’s. He does the movements I myself have done. It doesn’t matter that his language is Korean, I can hear tonal shift involved in his tics, see his limbs do whatever they want. He is like me. I am like him.

A good fact checker is a skeptical one. If a claim seems like it has an “obvious” and immediate judgment – for instance, if the claim is that English is the official language of England – then you can’t simply mark the claim as true because they just know that it is. You have to ask yourself questions. What does English mean? What does official mean? What does official language mean? None of these questions is silly. None of these questions even has a clear answer.

The “well, actually” brigade is an annoying one. As is the “gotcha” brigade. Fact checkers are as guilty of actually-ing and gotcha-ing left right and center. “Well actually,” the asshole fact checker said. “I gotcha there.”

But as pedantically asshole-ish as this attitude is, a certain amount of pedantry sometimes has a place in fact checking, even if such a mindset is later to be discarded. For instance, if someone asks me, a fact checker, if person A has Tourette’s or person B is faking their medical condition called C, then I might have to ask myself, what is a fake disorder? Is it one that you are intentionally put on, affect the symptoms of, lie egregiously about? Or is it simply the word you use to describe the set of symptoms that you experience, a word that other people might use too, just without having a formal diagnosis?

Self-advocating takes a lot of time and effort and, for many, time and effort are a barrier. As a consequence, many of us walk around with illnesses without names, self-bestowed or otherwise.

After all, there are many who reject the idea that the only valid diagnosis is the one bestowed by a medical professional, largely because getting diagnosed is a privilege. To be diagnosed, you have to have the time and energy to convince your primary physician to refer you to the relevant diagnostician. If you live in a country without universal healthcare, then perhaps you have to pay for this. Self-advocating takes a lot of time and effort and, for many, time and effort are a barrier. As a consequence, many of us walk around with illnesses without names, self-bestowed or otherwise.

But the Redditors on r/fakeillness and r/fakedisordercringe do not ask themselves such questions, nor do people like the woman who runs Grazy TV. There is no examination in their sleuthing, no reflection upon the meanings of words. The “well, actually” brigade is an annoying one, but the thoughtless “well, actually” brigade is equally annoying, and far more harmful. Questions carefully posed and pre-existing knowledge temporarily forgotten; these things have a place in fact checking. On the other hand, skepticism for the sake of skepticism and clumsily applied wide-ranging disbelief do not.

Both r/illnessfakers and r/fakedisordercringe were recently featured in Sickness And Lies, a recent and controversial BBC documentary that apparently asked, “Can the accusers be right?”

The documentary garnered a lot of criticism. Instead of focusing on chronic illness advocates, it focused on the people who doubt them, mock them, even dox them; it also assessed the merit of a meritless question (“Are some influencers faking illnesses for fame, money, and attention?”); and ignored the widespread disabled experience of trying to convince often disbelieving medical professionals that your symptoms are real.

In the documentary, the reporter, Octavia Woodward, interviews a woman who apparently started an “anti-influencer site.” The woman is quoted as saying, “I know, for some people, any discussion of the idea that someone is faking illness is abhorrent.” She later adds, “I think sometimes we forgot that we were dealing with human beings.”

Well, actually, this sounds about right. There is no evidence that people who fake illnesses are anything other than rare, isolated cases. There are literally a billion disabled human beings on Planet Earth, some of whom also exist on the internet.