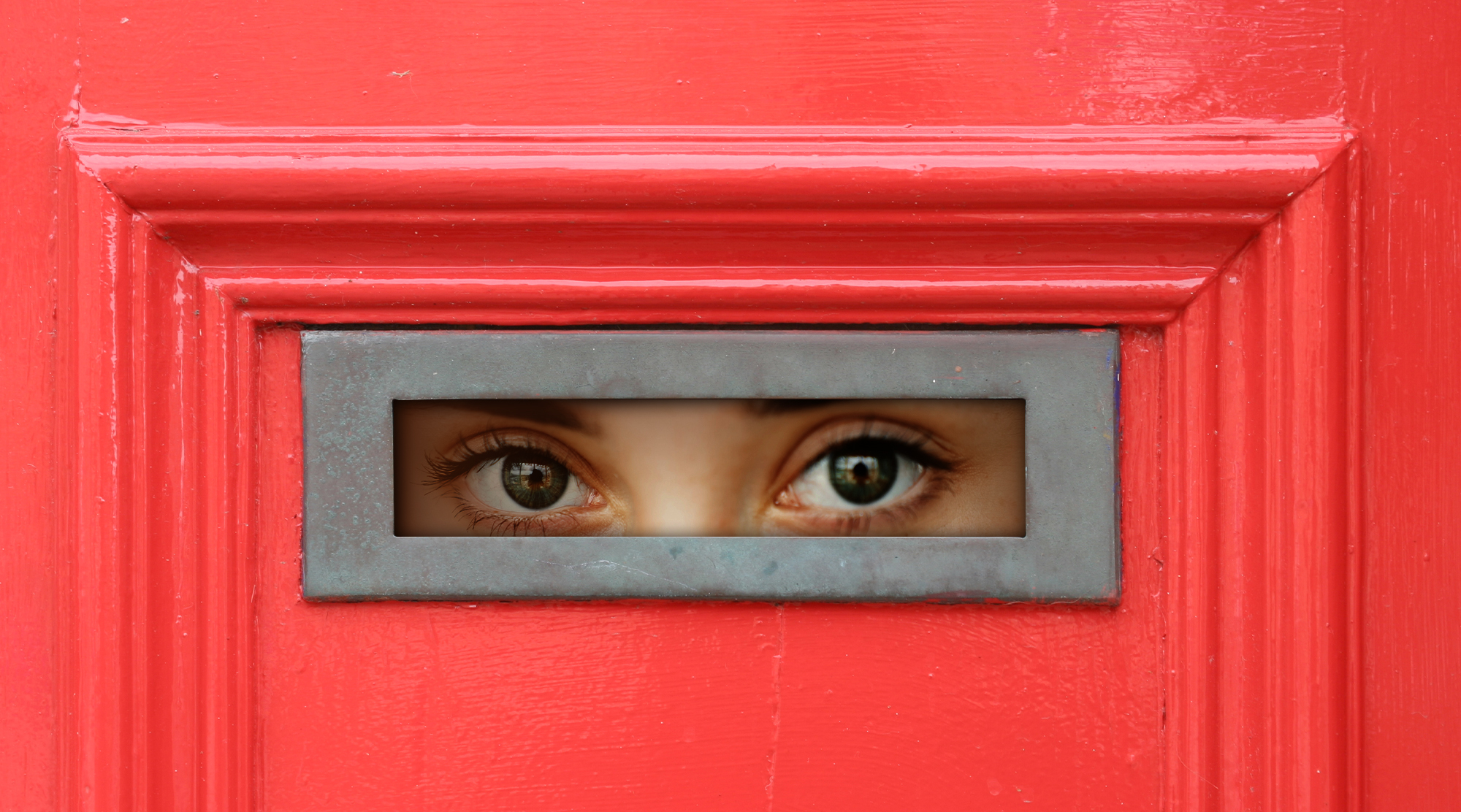 I downloaded Nextdoor in March 2020. Nextdoor is an app and a website that aims to “connect neighbors to each other.” It offers a hyperlocal social network through which residents can share posts with people living within a mile or so from them. Its founders aim “to cultivate a kinder world” and build “thriving communities.” In an increasingly atomized world, these are worthy goals: community and connectivity, the cultivation of kindness. I joined the app because it offered the hope of community spirit amid the isolation brought about by the pandemic; its aims seemed to fit well with those of the mutual aid groups that sprung up in 2020. Nearly a year later, I’m on the verge of deleting the app. I have found the community it offers to be rooted in a sense of exclusion, and fear, of outsiders. This fear breeds a lack of compassion, smothering the kindness that the app claims to cultivate.

The app works similarly to Facebook: members can write posts on any local topic which other local residents can read and comment on. Many people post simply to say hello, that they are new to the area. Other posts include reports of missing pets, photos of pretty sunsets, thoughts on Low Traffic Neighbourhoods (an eternal cause of friction in Camden and Islington), sofas, and chests of drawers on sale.

More concerning is the plenitude of posts casting suspicion on shadowy figures on the streets. “I have noticed on a number of days that a lone person waits on the corner and makes a phone call,” a resident wrote last March. “A few minutes later a car draws up and there is an exchange …” Here, as is often the case, the fear is that drug dealing is taking place. The post concludes with descriptions of the people involved. Another post: “Yesterday afternoon at around 1 pm a man and a woman were outside our house taking what looks like drugs … We have reported the incident to the police but ask that you keep vigilant.” This post includes footage of the people concerned taken from a doorbell camera.

Posts of this kind are not limited to potential drug use or dealing. Strangers outside are variously posited as scammers, thieves, nuisances, wrongdoers. Homeless people and those asking for money in the street are the subjects of extreme prejudice: “just don’t give them cash as you’re helping fund their addiction,” one woman writes: “Some of them get up to £400 a day by begging,” claims another.

What is made abundantly clear throughout these posts is that the outsiders, those on the streets, people who take drugs, or ask for money, are not part of the Nextdoor community. They are others: threats to the cozy residential landscape. Rather than neighbors to be helped, they are objects of suspicion to be described, photographed, and reported.

Unsurprisingly, the targets of this relentless suspicion of outsiders are often the vulnerable or marginalized. They are homeless people, people who use drugs in the street, people whose mental health problems cause them to behave erratically. A recent post on Camden Nextdoor described a “Troubled Man frequently in … [the] community garden”. This man is characterized as “agitated, loud … more and more unstable,” and the author of the post has “begun to stay away from the garden because of his presence.” The post asks whether anyone knows the man and his story; it concludes with a description similar to one that the police might provide: “Hair: Medium brown. Top: Greenish blue hoodie under jean jacket. Bottom: Grey Sweat pants.” Itemized descriptions like this are commonplace on Nextdoor. In this case, people who knew the man responded, reassuring the original poster that he was harmless. Despite this reassurance, the point stands that he felt entitled to enquire about a stranger, with identifying details, and characterize him as potentially dangerous. The man in the garden was not seen as a neighbor, as a member of the community whom Nextdoor purports to bring together, but as a threat.

Nextdoor’s atmosphere of distrust is exemplified by the ubiquity of smart doorbells: cameras that allow someone inside their home to monitor anyone who comes near their door. Nextdoor is littered with images from these cameras, often accompanied by a warning: this man was loitering suspiciously, that pair were taking drugs in an alleyway. Again, the insider/outsider division manifests: through these doorbells, those inside the home observe and cast suspicion on those outside. Members of Nextdoor share photographs of people they think might be up to no good, caution each other to watch out for a dodgy character who was seen near their house at night. They frequently encourage each other to report incidents to the police, who maintain a strong official presence on the app.

This use of identifying photographs can have disturbing consequences. There has recently been a spate of posts cautioning locals against dog thefts, which are indeed on the rise nationally. On Nextdoor, however, we find poorly evidenced rumors of chalk drawings and zip-ties that thieves purportedly use to mark their next target. Accounts abound of residents almost having their dog stolen (which usually amounts to someone looking at them oddly or asking questions about their dog). A recent post featured a photograph of two people who have supposedly been patrolling Camden in a van looking for dogs to steal. No evidence was provided for this claim, but that didn’t stop one woman from writing: “I hope someone gets hold of them before the police do and they die a very painful death.” I took the comment to verge on direct incitement to violence, and I reported it as “uncivil or unneighborly.” It was eventually deleted.

The fear of others that Nextdoor exacerbates can escalate to a debilitating degree. One woman posted of being “so scared to leave the house with my dog. I rarely take her to the park anymore” because she is “petrified somebody is going to take her.” Another woman reported an incident in which a black cab driver offered her teenage daughter a lift (she did not accept). Despite no harm resulting, the mother reported being “traumatized” by the event. She spent several hours at the police station trying to report what happened.

Suspicion of outsiders prevents people from responding compassionately to others. Nextdoor posts about homeless people or beggars are overrun by commenters urging each other not to give money: those asking just want money to buy drink and drugs, apparently. I have seen beggars linked with dog thefts: one commenter reported a man asking for money whose dog was indubitably stolen. Another man posted on Nextdoor to proudly inform his neighbors that he had called the police about some squatters he’d seen in a shop in Holloway Road: people who hadn’t bothered him at all, but might conceivably have been a nuisance to an unknown landlord.

One of the most disturbing, haunting posts I have seen, however, was a report of “a woman in a white coat […] knocking on mine and my neighbors doors late at night 11 pm saying ‘please help me.’” The person who wrote this post added that “I felt bad but I didn’t open the door, for safety reasons […] no one opened the door to her, just looked out the window and went back in.” No one answered their doors to a woman asking for help at night. The author of the post received many comments wholeheartedly supporting her decision not to open the door, as the woman could have been a “scammer, druggie, someone trying to gain access to your home.”

The message is plain: helping others in their vulnerability is dangerous if you become vulnerable yourself in the process. Better safe than sorry. The human instinct to help others in need is stopped here at its source. Rather, the emphasis is on the protection of property and money.

The issues I have described are not unique to Nextdoor. But the app provides a space where fear of outsiders, fear of the marginalized, the homeless, the mentally ill, is reinforced and supported by neighbors. It provides a space where others can be surveilled and reported. By building a community around those “next door,” Nextdoor constructs the domestic sphere as a place of safety and community: those outside are no part of that community. Protecting the home, protecting property, protecting money is seen as paramount: it is better that a person in need is ignored than someone risks being scammed or robbed.

Even if I delete the app from my phone, I will be left with the haunting image of a woman knocking on doors, asking for help, and no one answering her because they were afraid.

For years, visitors have flocked to Loch Ness, the deepest freshwater lake in the United Kingdom, situated near the Scottish Highland town of Inverness. While the loch is a beguiling and beautiful spot, popular with both paddle boarders and dog...