The Metric System: The Tool Of The Devil 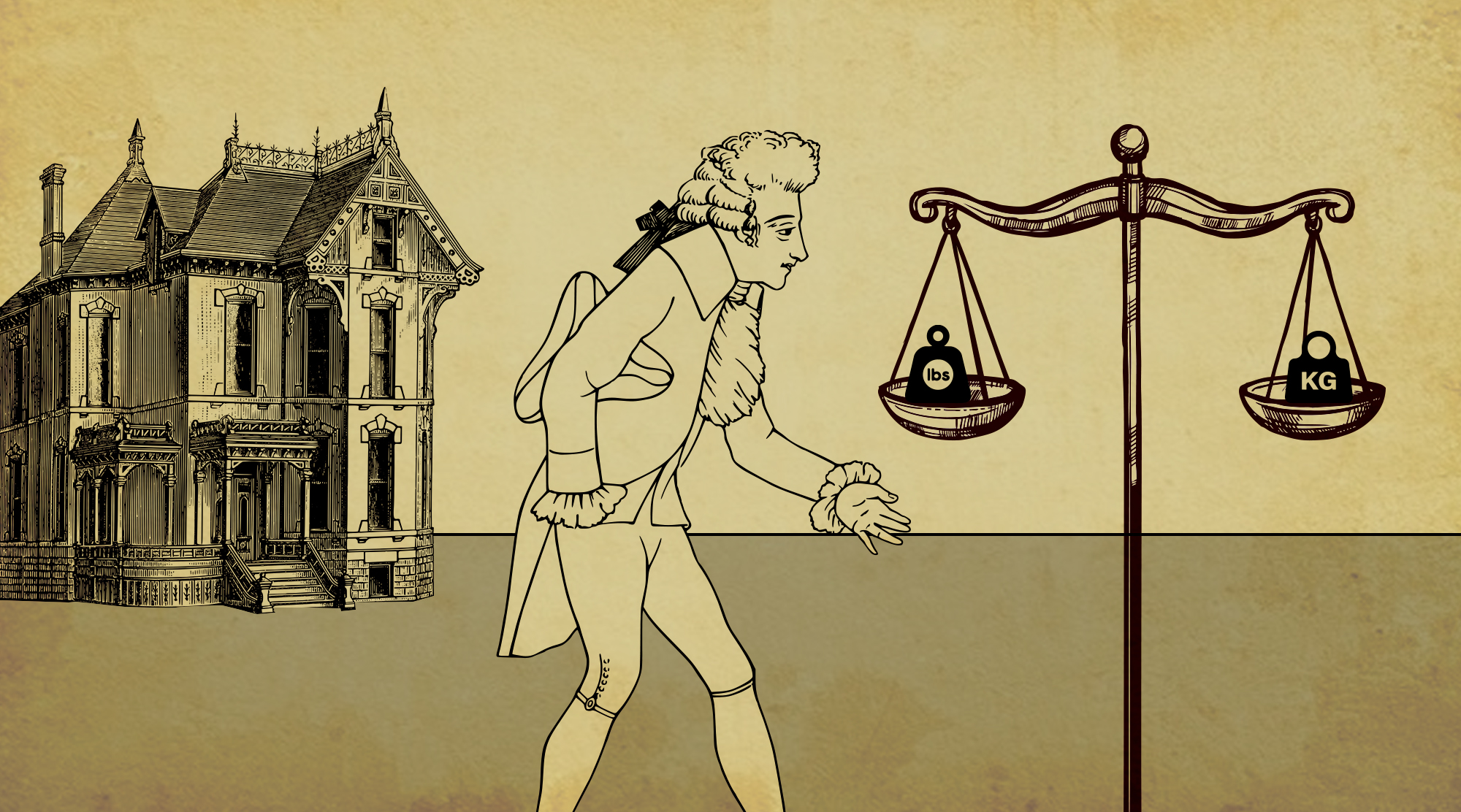 “The metric system is the tool of the devil. My car gets 40 rods to the hog’s head, and that’s the way I likes it!”

When Grampa Simpson says this during a town meeting, Mayor Quimby immediately has his remarks stricken from the record. But if Grampa had expressed that sentiment nowadays, then maybe the ruling party of the United Kingdom of Great Britain and Northern Ireland would have showered him with riches or allowed him to switch the cranberry silo where he worked as a night watchman for 40 years to imperial-only measures.

With supply chains collapsing, we’re finally going to be able to use Britain’s old native measures to order the food that isn’t on our shelves.

That’s right: according to plans announced by Brexit Minister Lord Frost on Thursday, with no more metric-loving Frenchies breathing down our nation’s neck, there will soon be a review into whether or not to let shops sell items marked only with imperial measures, while also restoring that wee old-time crown marker to pint glasses. With supply chains collapsing, we’re finally going to be able to use Britain’s old native measures to order the food that isn’t on our shelves.

I spoke to James Vincent, senior reporter for The Verge and the author of Beyond Measure, a history of measurement which is being published by Faber & Faber in June next year, to find out.

Chewing the (IDK how much that is in pounds of) fat

According to Vincent, weights and measures aren’t just associated with state power – in many ways, they basically are the state.

“The history of weights and measures as a tool of political sovereignty goes back to the earliest recorded examples we have of laws,” he explains. “A good example of this is the Code of Hammurabi. On the Louvre Stele, the primary copy we have on which the law is inscribed, there is a relief at the top in which we see Hammurabi receiving his laws from the sun god Shamash – he’s being handed a measuring rod. So the connection goes way back. When you set a measurement and enforce it, the world only makes sense in relation to that measurement. And so it creates a sense of inertia that benefits the people who define it. We often think of systems of weight and measure about being about allowing for trade and commerce – but they’re also about sustaining authority.”

But while they might reinforce the authority of the state when they’re working, Vincent emphasizes, poorly functioning systems of weight and measure also help drive political change. “The metric system was invented during the French Revolution. Under the ancien regime, weights and measures were really bad in France – even compared with other European nations at the time. One estimate has 250,000 different measures being used across France in this period, with different standards being used not only in different regions but also for different types of good.”

But cultural factors are important too. “In the U.K, and the U.S. there has always been a strong anti-metric bias. In the nineteenth century, there was a lot of argument in the U.S. about adopting the metric system, and you get a lot of people talking – as Brexiteers and people like Tucker Carlson now do, in a way – about the Anglo Inch, and this idea that the inch was somehow divinely bestowed, through the Great Pyramid, on the Anglo-Saxon race by God. This is associated also with the idea that the imperial system is somehow more natural or human because it’s rooted in the human body, and in base 12 and base 16. But come on: base 12 and 16 are useful to divide into, but we’re not (normally) haggling in the market anymore. And as to the stuff about the imperial system being on a human scale: what could be more human than the metric system, which works on a scale which goes beyond the individual?”

Vincent admits that he does have some sympathies with the people who want to bring back the imperial measures that they were familiar with when they were growing up: “It’s all about familiarity – when the metric system is introduced across Europe in the wake of Napoleonic conquest, they were imposed upon people. But when they were imposed, there were often accommodations – such as the names of units – made to local traditions.”

If you grew up drinking pints of beer, half-liter servings are never (as in the example from George Orwell’s 1984) going to feel quite right. And it may well be true that people of a certain age felt like they had pounds and ounces unfairly (and undemocratically) taken away from them. But the problem is, this cuts both ways: I know what 400g of strawberries looks like because that’s what I grew up with; I have no idea what “a pound” of strawberries would look like.

“This is a generational, cultural war thing,” Vincent stresses. “That’s why they’re doing it. They don’t care what young people think.”

But there may yet be hope for everyone who will always feel more at home with metric measures yet. Napoleon helped spread the metric system throughout Europe with his conquests – but he was also, Vincent tells me, the first statesman to abolish it. He himself saw the metric system as unnatural, and in 1812 introduced a compromise system called the mesures usuelles – which was itself re-replaced by the metric system during the reign of Louis Philippe. Those who abolish the metric system, perhaps, are doomed to be abolished themselves.

Perhaps this, ultimately, is the truth of what the Conservative Party is now trying to do with imperial weights and measures in the U.K. “The fact we’re having this fucking squabble now...” Vincent complains. “I think it’s a sign of the political uncertainty and the political weakness of the Conservative government ... It’s like saying we’re not going to give councils any money to help the homeless but we’re going to give them a bunting budget.”

Imperial weights and measures have a retro feel, which perhaps appeals to the Conservative's older voter base. But ultimately, maybe all this does is to distract from a difficult, hostile, and all-too-metric reality.

Not Anti-Vaccine, Anti COVID-Vaccine: Misinformation Trends in the UK

With the Pfizer COVID-19 vaccine rollout only days away, some experts in the U.K. are concerned that uptake will be low. A study by University College London found that only 49 percent of people...