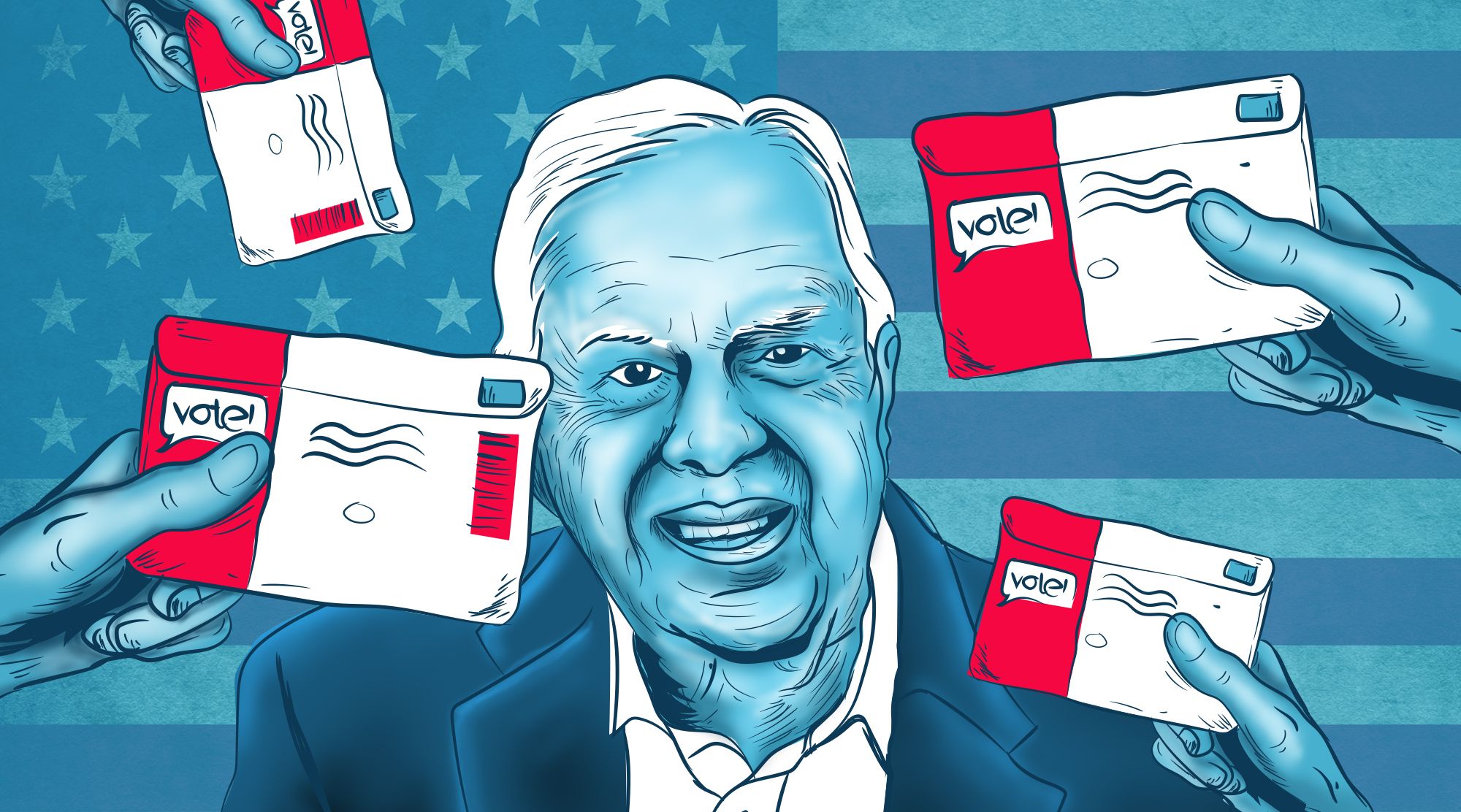 "There is NO WAY (ZERO!) that Mail-In Ballots will be anything less than substantially fraudulent. Mail boxes will be robbed, ballots will be forged & even illegally printed out & fraudulently signed. The Governor of California is sending Ballots to millions of people, anyone living in the state, no matter who they are or how they got there, will get one. This will be a Rigged Election. No way!"

Trump retaliated to Twitter’s fact-check by signing an executive order threatening to revoke section 230—which limits the liability of social media platforms for content posted by a third party.

These claims come amid concerns that the coronavirus pandemic could put voters at risk when they go to the polls in November. Expanded vote-by-mail measures, however, have been supported by both Democrats and Republicans, while independent fact-checkers – including our own – have concluded that mail-in ballots do not pose a significant electoral fraud risk. Arguments claiming the contrary, including ones posited in a recent piece by Fox News, often cite a 2005 bi-partisan report by the Commission on Federal Election Reform co-chaired by former president Jimmy Carter which had concluded that "[a]bsentee ballots remain the largest source of potential voter fraud." As Talking Points Memo's Kate Riga points out, not only were the report’s findings more complex than these arguments would have you believe, Carter himself has since reversed his stance on the matter.

In a recent statement, Carter “urge[d] political leaders across the country to take immediate steps to expand vote-by-mail and other measures that can help protect the core of American democracy – the right of our citizens to vote.” Furthermore, the original report of the 2005 commission had concluded that the risk of fraud depended greatly on the security measures put in place, recommending to “increase research on vote-by-mail (and early voting) and to eliminate the practice of allowing candidates or party workers to pick up and deliver absentee ballots.”

Since 2005, both parties have put safeguards in place. Washington Secretary of State Kim Wyman, a Republican, who oversees elections in “one of the nation's leading vote-by-mail states” told NBC News that although public questioning of any form of a voting system was something positive, voters “should have confidence in [the system] because election administrators are always trying to build in security measures that balance out that access." States like Washington require ballots to have a signature matching the one on file and “go through multiple levels of verification — meaning three or more checks from our ‘more experienced signature verifiers.’" Furthermore, voters are alerted when their ballots are received, accepted, or when a discrepancy has been spotted. In 2018, Wyman’s office “detected about 140 instances of fraudulent voting out of roughly 3.2 million ballots cast.”

But that doesn’t mean the risk is non-existent or that security concerns should be dismissed. As well as touching on the concerns raised by the Carter led commission, Washington Post columnist Marc A. Thiessen and the aforementioned Fox article both cite a 2012 New York Times article entitled “Error and Fraud at Issue as Absentee Ballot Rises,” which highlights some of these risks. Though the Times article acknowledges that vote-by-mail fraud is “vastly more prevalent than the in-person voting fraud,” it points out that the even bigger problem is that votes are at times not counted, these cases albeit often a result of “innocent errors.” Another concern is that vote-by-mail could lead to vulnerable voters – such as ones in care homes – being pressured into voting a certain way, but this is the sort of concern that can be addressed if allowed enough time.

But the more convoluted question here remains in who would benefit from what when it comes to vote-by-mail or a low election day turnout. Daniel A. Smith, a political scientist at the University of Florida is quoted in the Times article in regard to a “conventional wisdom (…) that Republicans use absentee ballots and Democrats vote early.” It’s important to note that Trump makes a distinction between his position on absentee ballots and the one on expanded in-state vote-by-mail initiatives – Trump, after all, votes by absentee ballot himself. "Absentee is okay,” Trump said. “You're sick. You're away. As an example, I have to do an absentee because I'm voting in Florida, and I happen to be president. I live in that very beautiful house over there that's painted white. So that's okay. And it's okay for people that are sick and they can't get up."

What’s clear here, however, is that the president is attempting to turn vote-by-mail into a partisan issue—much like he’s done with protective masks, coronavirus treatments, and stay-at-home measures. Some Democrats are claiming that the resistance to vote-by-mail is also a way for Trump to cast doubts on the legitimacy of the next election should he lose it; while some Republicans are accusing Democrats of the same - claiming that wider vote-by-mail initiatives would be a gamble on their part to attract African-American voters despite COVID-19 concerns and lack of enthusiasm for Democratic nominee Joe Biden. These critics also claim that this could backfire for Democrats as black voters are “disproportionately more likely to have their ballots rejected than white voters,” which could lead to “Democrats crying fraud” should they be the ones to lose the election.

But by opposing expanded vote-by-mail, Trump is fundamentally delaying solutions for the real obstacles at hand in making this method more secure than it already is. Putting the proper infrastructure in place could take months, and with the election roughly 150 days away, any delay could see this never happening at all. Whether it’s simply because Trump believes his re-election chances are better in the event of a low turnout - or because of another reason altogether – his opposition to expanding vote-by-mail likely has more to do with political strategy than it has with concerns about a fairly run election.