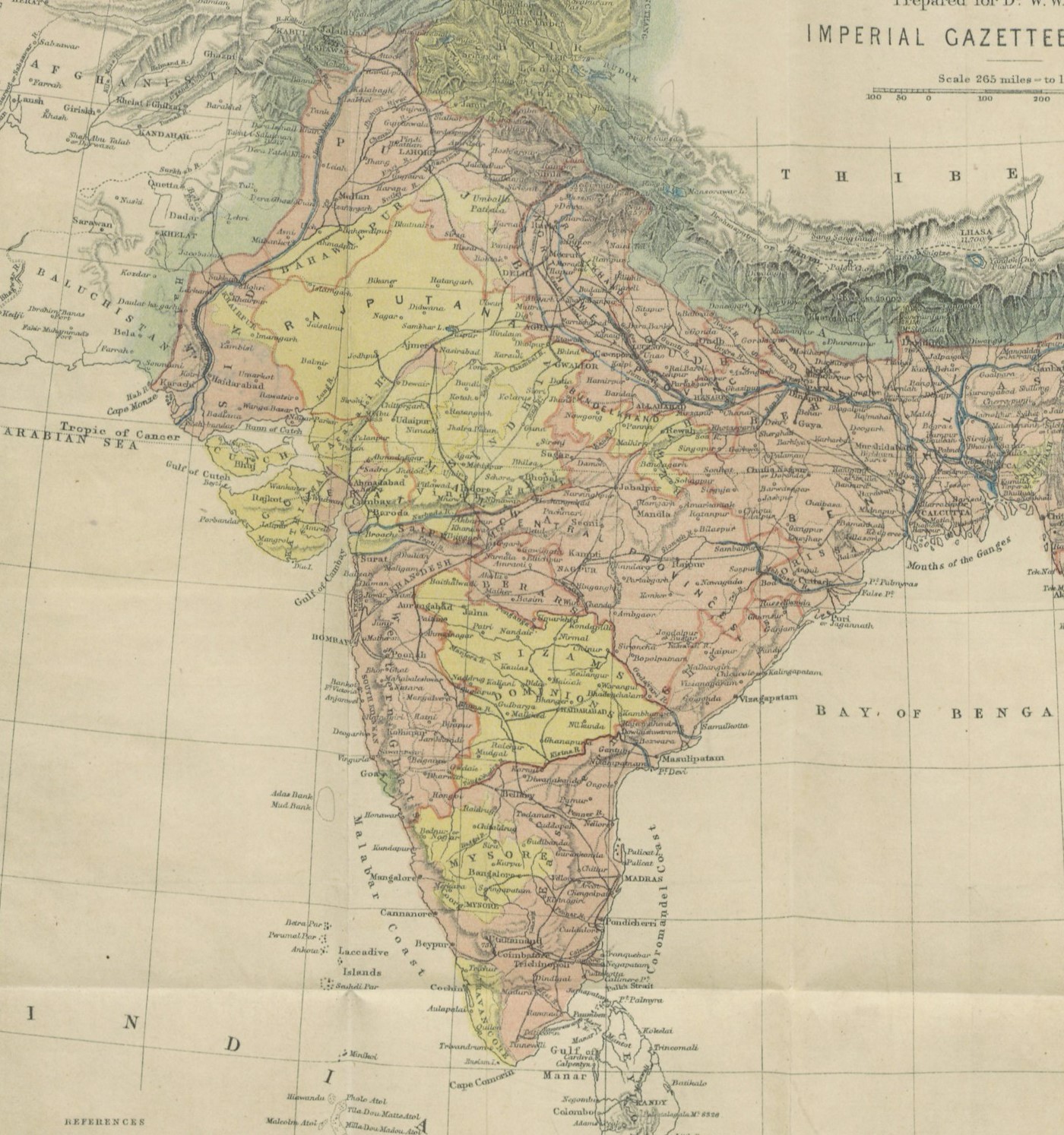 In late September 1947, a month after the India-Pakistan Partition, 10-year-old Muhammad Mukkaram Amin joined his family in moving to Pakistan from India. Riots and violence had started in most cities, and Amin’s father thought it best for the family to move. He arranged transport with an army convoy, and the family began traveling on the famous Grand Trunk Road that links from Delhi to Lahore and Peshawar.

Only 40 miles in, their truck faced a tire puncture, and the convoy moved on without them. When the puncture caused the tire to burst, the journey halted altogether. Amin recalls being swarmed by a group of men, armed with swords and daggers, looking for something to loot. It was his mother’s gold bangles that caught their eye, and as she struggled to take them off, the robber's impatience led to them trying to force them off with a sword. The resulting blow led to a head wound for Amin’s mother along with injuring his own finger. It was only later, when a Sikh man passed by and managed to distract the looters long enough for the family to jump into his truck that they managed to get to safety.

For anyone vaguely familiar with the events of Partition, Amin’s story doesn’t seem all too uncommon. After all, violence and looting play a huge part in the narratives that have been passed down through generations regarding the events of 1947. But Amin’s story isn’t in a textbook or political campaign, and a closer evaluation shows us what we may have been missing out on for so long.

Listeners are drawn away from statistics and data and the higher politics shaping foreign relations in South Asia and instead begin to focus on the human impact of Partition and what it really meant to individuals.

Over 70 years later, a much older Amin narrated his story for the Oral History Project led by the Citizens Archive of Pakistan (CAP). A recording of his narration is available at Lahore’s National History Museum. In listening to Amin’s story - listeners are drawn away from statistics and data and the higher politics shaping foreign relations in South Asia and instead begin to focus on the human impact of Partition and what it really meant to individuals.

By making such recordings public, digital archives like the Oral History Project are allowing people to challenge what they’ve been taught about Partition and go beyond the state-sanctioned narratives that have been popular for so long. This is because digital archives provide certain benefits in terms of accessibility that physical archives are limited by.

“Digital archives have allowed a level of interaction I haven't really seen between India and Pakistan,” says historian and teacher Ali Raza, who has been working on a digital project to map out the impact of abductions on women and children during Partition.

After years of Partition stories being controlled by political powers, the rise of digital archives over the last decade has democratized Partition stories and how we view the events that occur, allowing coming generations to form very different views of what those events meant for our past and our future. Amin’s story, and others like his, allow us to compare what we’ve been taught within education systems and political narratives. Historians, experts, and audiences alike have long been brought up with this understanding that Partition violence and riots were fueled by sectarian divides and Hindu-Muslim clashes. But Amin makes no mention of the religious background of those who attacked him.

When you listen to these stories, many of them actually challenge this narrative of sectarian violence.

Dr. Guneeta Singh Bhalla, the founder of the 1947 Partition Archive, says that when you listen to these stories, many of them actually challenge this narrative of sectarian violence.  “Pretty much every story challenges this one narrative of how neighbors started killing neighbors,” she explains. “ Attackers were killing people they didn’t know and religion was just an excuse, the motivation was loot. In fact, this entire narrative built around Partition is questionable. It's actually more similar to what’s happening in Afghanistan where society breaks down after an occupying power leaves.”

Amplifying the role of religious divides wasn’t limited only to the aftermath of Partition. Even now, students in schools across the region are taught about the incompatibility of Hindus and Muslims, and those state-sanctioned history syllabi have long been the main source of information for the generations that came after 1947. As time goes on and as fewer voices from Partition remain, many of those working on digital archiving right now have expressed a fear that if this work is not done on time, we may lose any diversity present within those narratives forever.

Speaking in their own voices

These understandings and rethinking of history can only come together when we have the opportunity to listen to a large number of these stories and bring together multiple perspectives. Writer and photographer Anusha Yadav, who founded the Indian Memory Project, says, “It’s important to have as many stories out there with as many points of views because there’s no one right history.” Yadav describes history as a “servant to the agenda of the moment,” adding that while nostalgia can be afforded by only a few who experienced Partition, most didn't speak of their traumatic experiences for decades, and newer generations want to highlight these narratives in an effort to unlearn what they’ve been taught. When those narratives are democratized, it takes power away from those who attempt to curate those stories to benefit power structures.

Dr. Bhalla explains the 1947 Partition Archive was intended to provide raw information to audiences and citizens. The desire to do this came after her observations that while there were a few books recording oral histories out there, they were hardly accessible to everyone and were often curated from the perspective of the author. “We wanted to create a source that let the public decide for themselves,” she says. “We put the raw data out there and let the public be the detective. Historians have very strong views but human beings all have limited views because all our views are shaped by our life experiences, and history and this event that is so major in our histories shouldn’t be limited.”

A big impact that these archives are also having on our understanding of Partition is the gender imbalance in Partition narratives. “Partition became a game men played amongst themselves, and women became victims with their bodies being used as tools of honor,” says Raza, who shares how his current project of recording and digitizing older documents that note down instances of abductions is challenging the dominance of male narratives within Partition histories. Yadav also adds that the Indian Memory Project allows for a similar contradiction to this narrative, as the archive documents more stories from women than from men.

But it’s also important to record these stories the right way. Aaliyah Tayyebi, an anthropologist and senior project manager at the Oral History Project points out that even when recording oral histories, it's important to guide narratives without taking over the story.

When oral histories and recordings are done right, Tayyebi says that “the experience of sound is more important than anything,” adding that “when you listen to someone’s story as compared to reading it your connection is magnified because when you’re reading it, it’s just a story; but when you’re listening it becomes someone’s story.”

Yadav also adds that much of our silence or lack of challenging state narratives around Partition comes from a collective, generational trauma that many in the region are suffering from. “In the subcontinent indulging in the past and nostalgia was available only to a few, but now it is more a need. Now the new generation is saying we’re not going to get to escape this trauma cycle until we relearn and move past it,” she explains. Making these stories digitally available allows more people to engage with a larger collection of narratives without worrying about archive restrictions, political boundaries or financial constraints and speeds up the process.

Digitizing these stories helps them reach people across borders who otherwise do not have access to the “other” side. Political restrictions and agendas have created narratives that have only amplified this othering, and historian Anam Zakaria believes these narratives are stronger in the generation that didn’t get to see Partition. Speaking about the work she’s been doing Zakaria says, “My thesis is that the younger generation are far more hostile and ‘otherize’ more than the Partition generation in India and Partition, because the Partition generation - they grew up without the other being the ‘other’.” She also points out that there’s different narratives dominant on different sides of the border as well, leading to Indians, Pakistanis and Bangladeshis having differing understandings of the events that took place.

Digitizing stories not only humanizes the political narrative we are taught, but also allows for cross-communication and a sharing of understandings that counters this ‘othering’ that we’ve been taught for so long. Of course, this comes with its own restrictions as well at times. “There are questions of who gets to curate these archives, who gets access to them and who gets to represent them,” says Raza, adding, “There’s also the question of how prolonged this life of digital archives can be maintained - and we don’t know the answers to these questions because it’s too early to tell.”

Zakaria also points out that digital platforms are just tools, and it depends on how you use them. “I do think the impact is limited. Whether people who have internalised that misinformation go to these platforms is another question and I think individual efforts have limited scope in this regard,” she says.

But despite the limitations, the changes these digital platforms are bringing to our everyday interactions with our histories cannot be denied. Raza points out how previously as a historian and researcher, he would often be limited to access to physical archives in Delhi or other places where research visas were not easily given. “Being from this region we have to talk about Partition archives and I as a historian cannot get access to physical archives in Delhi because politics means research visa’s aren’t possible. In that sense digital archives give us a lot of opportunities to ask questions we’ve never asked before,'' he says.

The emotions these narratives have brought up are not ones that will go away easily, and the diversity of voices they amplify help us move beyond the single story. As Dr. Bhalla explains. “When we started this work 10-12 years ago, Partition was a forgotten memory, and the way to popularise it was to get people to empathise with it. That was the main purpose - to humanize the story of Partition and get people interested - and I think we’ve succeeded in a big way. They humanize history and turn something that's just a couple of big statistics into something that's real.”

On November 26, Indian designer Sabyasachi Mukherjee launched his Autumn-Winter Collection 2021, posting images on his official account featuring women wearing sarees in hues of beige and heavy necklaces with minimal make-up. But the women had no...

In October 2020, the Pakistan government decided to block TikTok for immoral and indecent content. Just a month prior, it announced it was blocking access to multiple dating apps, including Tinder and Grindr, also in a bid to restrict “immoral and...