The Family Man 2’s Slick Portrayal of a Tech Dystopia 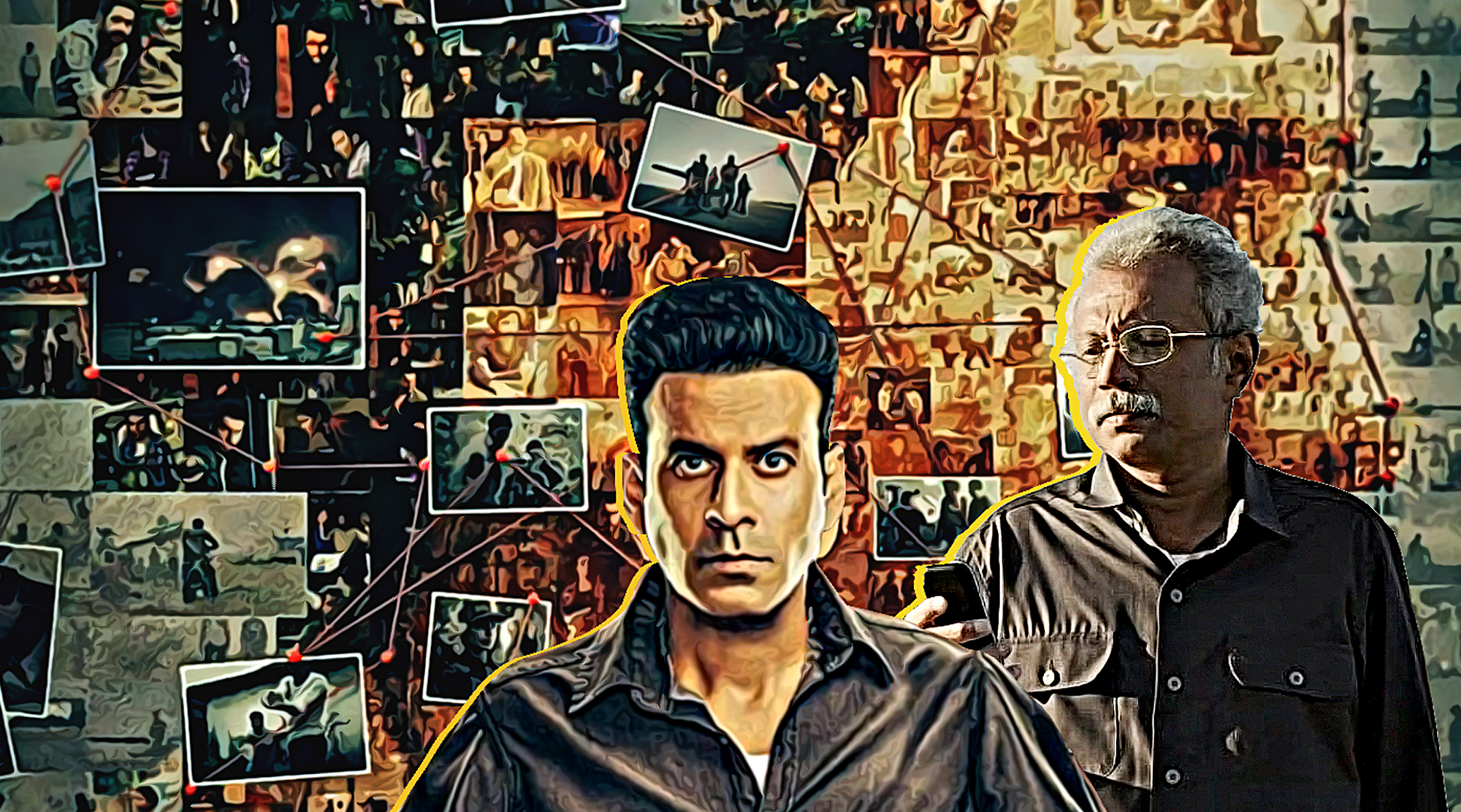 A week ago, Indian Twitter was buzzing with praise for the new season of espionage thriller The Family Man 2, from creators Raj Nidimoru and Krishna DK. However, beyond the laudatory reviews, the show created a stir among India’s Tamil community even before its release. Some viewers were angered by the show’s portrayal of Muslims as killing machines in both seasons, and the lopsided depiction of the struggles of Tamil Eelams in season two also came under fire. The Tamil Nadu government called on the central government to ban the release of the show on Amazon Prime Video. Information Technology Minister T. Mano Thangaraj, in his letter to Union Minister for Information and Broadcasting Prakash Javadekar, said that the web series hurt the sentiments of Eelam Tamils and “if allowed to broadcast, it would be prejudicial to the maintenance of harmony in the State.”

The furor around The Family Man 2 pushed me to watch the two seasons of the show in one go. Based on what I had read about the series on my Twitter timeline, I was prepared for a few hours of slick action shots and an adrenaline-fueled storyline with potholes in the name of nuance. But in the end, what stayed with me was not only a sense of discomfort at the stereotypes on show, as well as the browned face of Samantha Akkineni but also the show’s glorification of surveillance technologies and the casual approach to depicting privacy breaches.

The show’s protagonist Srikant Tiwari (played by Manoj Bajpayee) is caught between the challenges of working as a covert operative at an elite intelligence agency and salvaging his trainwreck of a marriage. While Tiwari and his team do not jump off skyscrapers, their mission is to save the Indian Prime Minister from being assassinated by a remnant of a rebel militant outfit (largely inspired by the Liberation Tigers of Tamil Eelam).

The showrunners claim that the plot points were inspired by newspaper articles, and much like the struggle of real-life Sri Lankan Tamils for an independent state – which effectively ended with the death of its leader Prabhakaran in 2009 – the show portrays the movement as largely defunct. However, in season two, we see a handful of rebels scattered across the globe lobbying to get their government in exile recognized by European nations. One of them mobilizes rebels in India after losing his brother in a bomb attack, aiming to assassinate the Indian Prime Minister, with support from season one’s chief antagonists, Pakistani intelligence service ISI.

Given the nature of the job of Tiwari and his teammates, it is obvious that the makers had to depict how surveillance technologies and methods are crucial for national security. But what is problematic is the casual manner in which privacy breaches are justified even when Tiwari and his aides have insufficient evidence to differentiate between an actual threat and a perceived threat, despite the characters realizing at various points in both season one and season two that in the latter case existing prejudices make it harder to judge with precision the real security threats.

In season one, Tiwari’s closest friend and colleague Talpade (Sharib Hashmi) intones to the newest recruit Zoya (played by Shreya Dhanwanthary) that “privacy is a myth, just like democracy” as he briefs her about the work they do at TASC. The statement sets the tone of how the subject of privacy is dealt with in the show – Tiwari gives the green light to install surveillance cameras in the rooms of a few Muslim college students with records of voicing strong political opinions on social media with the same alacrity on show when he hacks his daughter’s phone to check if she is chatting with her boyfriend. When Tiwari gets a whiff that his long-suffering wife, Suchi (Priyamani) could be lying to him about her whereabouts, within seconds he has called a colleague at TASC and asked him to track her phone’s location. In all these instances the message conveyed by the makers seems to be clear – the whatever-it-takes approach by the intelligence agencies is justified.

Rohan Seth, policy analyst at the Takshashila Institution told me: “As someone who looks at issues in tech policy regularly, I feel like the precedent set by the show is a bit accentuated to favor the state. I like the series and understand that it is the story of a spy who tries his best to protect his country and that might not be the ideal setting to have a conversation on privacy. I also understand that the state has a duty to protect its sovereignty and its citizens. However, there is little representation of what methods to enable surveillance coupled with the absence of adequate safeguards will do to society.”

In India – the country where celebrities’ leaked WhatsApp conversations are a fairly regular news item – it’s sometimes hard to not feel that the right to privacy is a utopian dream. Two seasons of The Family Man did nothing to assuage this feeling. Seth explains: “I remember watching that scene and the government operative chiding Tiwari for running personal requests on government systems and thinking to myself about the importance of procedural safeguards and oversight. We trust our smartphones with our deepest secrets and most personal conversations. The idea that our information can be breached with little to no regard for our right to privacy was frightening to me.”

At a time when India is widely embracing the latest surveillance technologies such as biometric surveillance and facial recognition technologies without there being any legal mechanisms in place to check excesses by the state, the celebratory tone in TV shows and movies can catalyze people to have a heavily misinformed view about the dangers of these technologies. Digital literacy in India remains concerningly low, and the idea of data privacy is far from ingrained for most people. Glorification of surveillance technologies through TV shows and movies tilts the scales in the favor of the state – when there is little awareness about the dangers of these technologies, there is little chance that their deployment will be subjected to scrutiny.

Citing the example of facial recognition technologies, Seth says, “There are multiple problems with the widespread use of surveillance tech in India and I am not sure where to start. Facial recognition has problems with false positives and false negatives. There are problems with data breaches and how the information leaked can be used to target minorities. The absence of a privacy law means that there is little purpose limitation for data that is collected and limited to no penalties for misuse of our information. In addition, consent is broken and people rarely know if and how their information can be used against them.”

Early on in the show, a middle-aged Tiwari finds himself struggling to cope with the drudgery of a corporate job and his 20-something-overachiever boss takes it on himself to keep him motivated. He sermonizes that Tiwari should always strive to never be the “minimum guy” – a disparaging reference to employees who deliver only what is expected of them and never make the effort to do something groundbreaking. I hope the creators take their cue from this when touching upon the subject of surveillance in the next season.