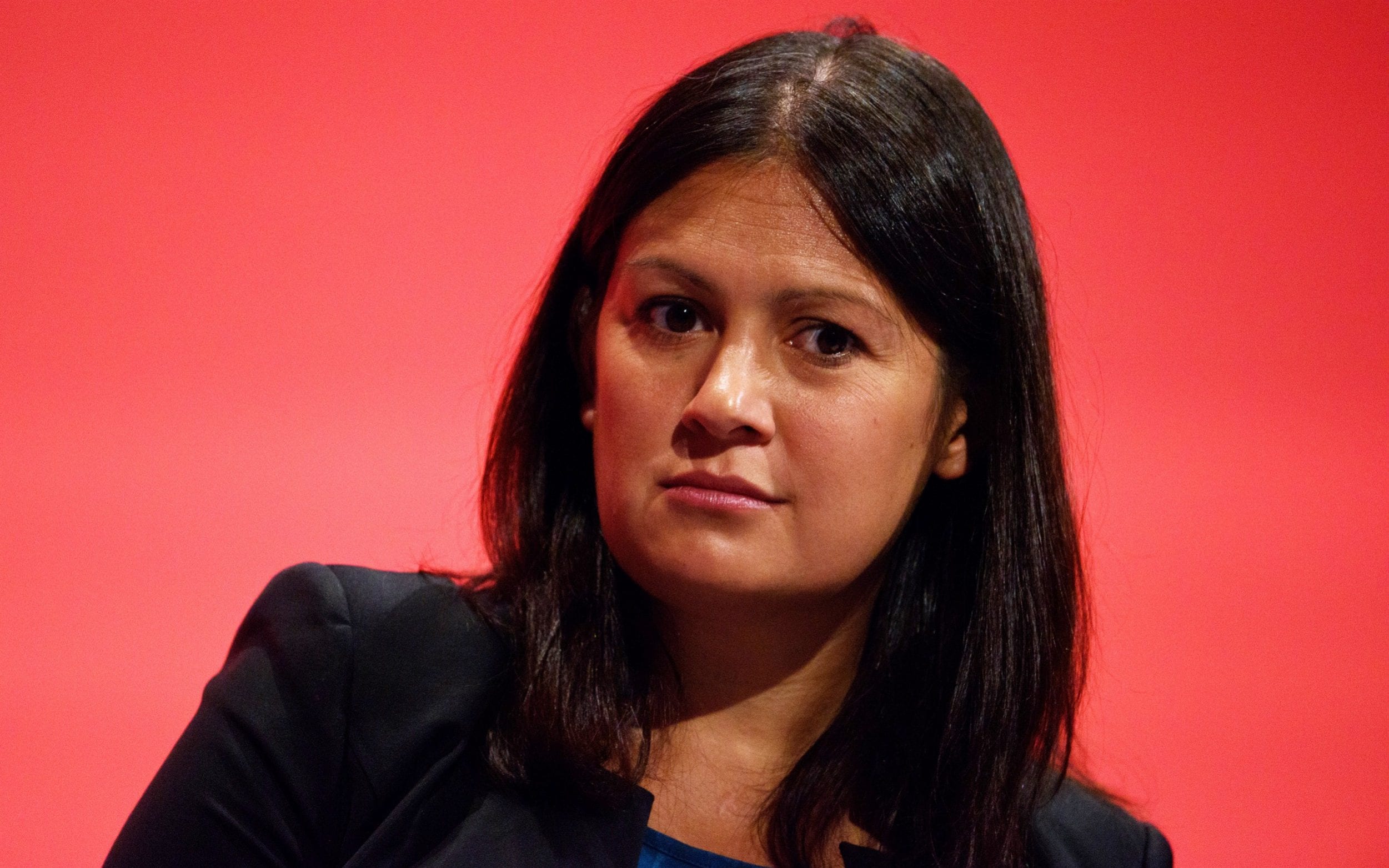 On February 24, 2021, Lisa Nandy and Yvette Cooper – both senior MPs in the U.K. Labour party – used their Twitter accounts to share a thread by Eric Feigl-Ding, a Harvard-trained epidemiologist specializing in nutrition.

The year prior, in January 2020, Feigl-Ding went viral for suggesting that COVID-19 had an R0 value of 3.8,  describing the coming pandemic as “thermonuclear pandemic level bad.” You may well remember this moment (I certainly do) as the first time you realized the novel coronavirus might end up being as serious a thing as it turned out to be. But since then, he has faced a wave of criticism from peers, and not just for the factual inaccuracies and apparent misunderstanding of what “R0 value” means in his initial tweet. Feigl-Ding, it seems, is one of those academics who simply lives for attention, and he has realized that being unnecessarily alarmist about COVID-19 is a great way to get it.

The thread Nandy and Cooper shared was about how a “new variant” of COVID, likened to the Brazil and South Africa variants, was now the “dominant strain” in California, quoting a scientist as saying “the devil is here.” What Feigl-Ding left out, of course, was that cases, hospitalisations, and deaths had all been dropping across the state for the past month. While it might not pay to be complacent, it certainly was not — especially in the wake of everything the last year has brought — time to panic, to crack each other’s heads open and feast on the goo inside. But sometimes people have a reason to want you to panic: both Nandy and Cooper shared the thread in order to make a point about how the Conservative government’s “red list” of countries subject to draconian restrictions on travel to the U.K., did not go far enough (they both later deleted these retweets).

Seeing this unfold on social media was the first time I really became aware of a new trend that has recently been brought to a boil, with EU leaders publicly undermining confidence in the AstraZeneca vaccine, leading to a majority of people in France, Germany, Italy, and Spain to view that particular brand of the vaccine as unsafe.

But now it is the sensible centrists, the likes of Emmanuel Macron, and Keir Starmer’s allies in Labour attempting to use COVID disinformation to steer government policy.

What we are now witnessing, it seems, is something like the reverse image of the trend that originally led to the sensible centre hand-wringing about post-truth. Back in 2016, it became apparent that politicians of the populist right – most obviously associated with the Trump and Brexit campaigns – were willing to mislead the public when it suited them; that the way information spread on social media was helping them to do this; and that their doing this had very few, if any, adverse consequences for them. But now – with no particular let-off from the right, admittedly – it is the sensible centrists, the likes of Emmanuel Macron, and Keir Starmer’s allies in the Labour party, who are at the vanguard of attempting to use COVID disinformation to steer government policy.

In both of these cases, there is an obvious political incentive for them to do so. EU leaders clearly grasp the uses of “vaccine nationalism” (or supranationalism) to cover for their own failures, effectively moving to smear the “British” AstraZeneca vaccine (which has treated the U.K. as a more favored partner) in a bid to shift the blame for their stuttering vaccine roll-out onto Brexit. Nandy and Cooper, meanwhile, are both part of a faction of Labour that is seeking — for reasons that I admit are simply too 4D chess-y for me to understand — to position the party to the right of the Conservative Party on things like immigration controls. So, just as with Trump or Gove or Farage or anyone else: they have reason to stretch the truth as much as they can because it allows them to make the sort of political points they want to make. No great mystery there.

But there is nevertheless, I think, something deeper going on – and something even more concerning. The center’s new-found love of spreading disinformation has obvious roots in what their online followers have been doing for some years now. During the Brexit campaign itself, this wasn’t such a big issue, but following the (shock, to many) result, a faction of radical Remainers formed on social media, often distinguished by their use of the hashtag #FBPE. The FBPErs have long been fond of spreading baseless rumors such as the idea that then-Labour party leader Jeremy Corbyn was somehow pro-Brexit, seemingly for the crime of being somewhat willing to entertain the possibility of compromising on a softer exit deal. Some have also been given to viewing futile political gestures (such as sharing an anti-Brexit government petition) with the sort of starry-eyed faith that QAnon true believers once reserved for chance phrases in Donald Trump’s tweets or seeming patterns in arrangements of flags. In the US, meanwhile, a similar tendency crystalised about the RussiaGate conspiracy – and its believers’ very own ‘Storm’ moment, the Mueller Report (which of course turned out to be the dampest of squibs).

Echo chambers help both generate and spread disinformation, because they work to make their members suspicious of any external check on whatever it is they already happen to believe.

These tendencies are often said to comprise “liberals” – but there is nothing at all liberal in how they function (and – as with Macron’s increasingly authoritarian government, indeed – no real evidence of any substantive commitments to ‘liberal’ values such as freedom of assembly, freedom of movement, or freedom of speech). In fact, these groups are almost textbook examples of echo chambers, described by philosopher C. Thi Nguyen as: “a social structure from which other relevant voices have been actively discredited.” According to Nguyen, echo chambers function in a cult-like way, enabled by both the algorithmic mechanisms of social media, and its gamified rhetorical dynamics which nudge those trapped inside them to ever more absurd positions. An innocent barrister, or BAFTA award-winning actor, might one day post something about how much they love the EU, and then two years later find themselves battering a fox to death while wearing their wife’s kimono, howling at the poor animal about how it is imperative that the leader of the Labour Party be immediately arrested for treason. Echo chambers help both generate and spread disinformation, because they work to make their members suspicious of any external check on whatever it is they already happen to believe.

The term “centrism” derives from the idea that its adherents are placed somehow in the center of the political spectrum: the virtuous middle way between the ideologically rigid left and right. But recent developments in the way political discourse functions, and the way such discourse intersects with actual political power, have in many ways rendered the image of the political spectrum obsolete. No longer a middle way, centrism has become ossified as an independent body of dogma, every bit as ideologically inflexible as its apparent rivals. Or perhaps "dogma" is the wrong word: what unites the political center, after all, is not so much a commitment to a set of identifiable political beliefs, as to an identifiable aesthetic – a dedication to politicians, or political institutions, who favor a certain neat look, a certain technocratic affect, a certain starry-eyed, Obamaesque rhetorical tone.

With COVID-19 in particular, one major problem is that the response – on both sides of the Atlantic – has been split so strongly along party lines. From the pandemic’s very outset, the center (and, for the most part, the left) have tended to favor hard lockdowns, with the right much keener to try their luck with herd immunity. For the most part, of course, this split has made itself known on a primarily rhetorical level (in the U.K., for instance, the Conservatives have frequently dithered over imposing lockdowns but still imposed them). But – thanks in part to how the internet helps form echo chambers – they have over the course of the pandemic been continually reinforced. Even now, with the vaccine roll-out helping to transform the situation with escalating rapidity, it is common to see the partisans of lockdown stretch for reasons to epistemically resist the possibility that society might ever be responsibly opened up again. Increasingly, it seems, vaccine skepticism (especially skepticism towards the AstraZeneca vaccine) is likely to be part of that.

The center has been radicalized – and this means that centrist politicians and social media accounts are becoming an increasingly severe disinformation threat. They might typically retain a sensible tone – but this should by no means assure anyone that they are conveying sensible content.

A piece of disinformation suggesting that COVID-19 originally came from U.S. seafood imported into China has been promoted by several Chinese consulate officials, a Logically investigation has found.