The Case of the Pakistani Sockpuppets 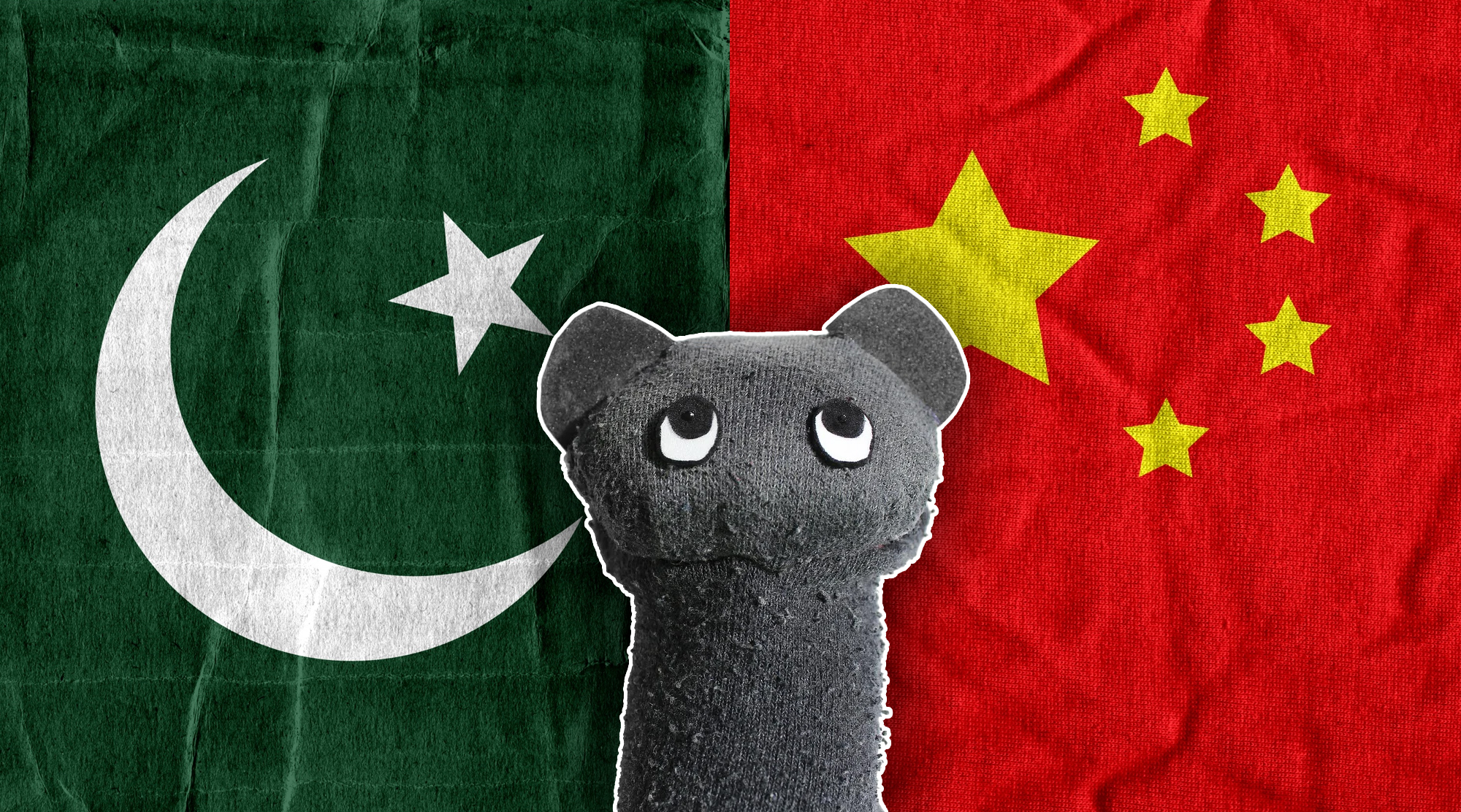 Logically has uncovered a number of Pakistani Twitter accounts, all of which are pretending to be Chinese influencers. The accounts in question seem to be the textbook definition of a sockpuppet — a false online identity created by a person or group to promote their own opinions or views.

Interestingly, Chinese and Pakistani state officials are promoting the content found on these accounts.

While disinformation originating from China is well documented, disinformation from Pakistan is less so. Indeed, there is a general lack of understanding about how Pakistani influence operations work.

Both Pakistan and China engage in influence campaigns against India on social media, using narratives that inflame domestic tensions. For instance, Pakistani networks have launched disinformation attacks inflaming tensions along religious and ideological lines; they have exploited the helicopter crash that killed General Bipin Rawat, spreading conspiracy theories that it happened due to extremist group activities. Elsewhere, a state propaganda video from China (shared by several state actors) appeared to be filmed on the Indian side of the Galwan Valley.

@Xinhua_88 claims to be a member of the China Institute of Contemporary International Relations (CICIR). The account spreads pro-Chinese propaganda under the guise of a think tank based in Beijing.

A Yandex reverse image search of the profile picture revealed it comes from a blog titled “China Chinese Female military uniform girls.” After examining the CICIR database, we couldn’t find any information that Nian Zhen worked for the think tank.

Through further analysis on TruthNest, we found the initial posts from @Xinhua_88 were in Urdu. This indicated it is likely a sockpuppet account operated by someone from Pakistan.

The above tweet is from 2017, the year in which the account was created. It roughly translates to “Tell me one thing today. How much fun do you get by making fools out of people?”

According to the audience intelligence tool SparkToro, 22.3 percent of @Xinhua_88’s account is populated with fake followers.

The SparkToro analysis also picked up related accounts that @Xinhua_88 has interacted with, most of which are associated primarily with Chinese government officials or accounts known to promote pro-Chinese agenda in online discourse.

Furthermore, prominent officials in the Chinese government follow this account, including Zhang Heqing, who is China's Cultural Counsellor at the Chinese embassy in Pakistan, and Li Bijian, who is the Consulate General of the People's Republic of China in Karachi.

Example of posts of the close relation between @Xinhua_88 and related accounts:

@ChinaPakWW is another account with a high number of followers. This account has the display name Liza Wang and is most likely a sockpuppet. @ChinaPakWW promotes Chinese–Pakistani friendship via the CPEC.

A Yandex reverse image search of the profile picture revealed the profile photo originated from a Turkish blog whose title translates as: “Don't think it's a movie frame! China's secret weapon: female warriors.”

According to SparkToro, compared with accounts with a similar following, 21.4 percent of @ChinaPakWW’s account is populated with fake followers.

@ChinaPakWW’s account receives higher engagements compared to other accounts that have a similar following.

On further analysis, we noticed that the accounts @ChinaPakWW interacts with are primarily Pakistani government officials, or else accounts that are known to promote a pro-Pakistani agenda.

Examples of these include Imran Khan (@ImranKhanPTI), the Prime Minister of Pakistan, and Fawad Hussain (@fawadchaudhry), the Federal Minister for Information & Broadcasting Government of Pakistan. Finally, this account has also interacted with the official account of the Chinese Embassy in Pakistan (@CathayPak).

Example of posts of the close relation between @ChinaPakWW and related accounts:

The prominently used words in the cloud center on terms someone from Pakistan might use on a social network.

We also discovered a Twitter account called @tangtianru. This account has actively promoted strong relations between China and Pakistan. It is also most likely a sock puppet originating from China, especially because it holds strong anti-Taiwan perspectives.

To corroborate these claims, we did an analysis of the profile through the  Twitter analytics tool TruthNest.

Initial posts by the account show a group of four women at a function in an unknown location. Upon closer inspection of the background, it says in green “Pakistani Food Extravaganza.”

Further research led to this link. The event was called “Pakistani Food Extravaganza,” and was hosted by the Pakistani embassy in Beijing.

@tangtianru’s tweet coincided with the chronological timeline of the 2020-2022 China-India skirmishes.

On June 17, 2020, Prime Minister Narenda Modi addressed the Galway skirmish, as did Chinese Foreign Minister Wang Yi, who warned India by saying, “China once again lodges its strong protest to the Indian side. We urge the Indian side to conduct a thorough investigation, hold the violators accountable, strictly discipline the frontline troops and immediately stop all provocative acts to ensure such incidents will not occur again.”

Similarly, on June 22, 2020, the same account tweeted this image, coinciding with the second round of corps commanders talks between India and China.

According to SparkToro, compared with accounts with a similar following 38.8 percent of @tangtianru’s account is populated with fake followers, a significantly higher number than most accounts on Twitter.

@tangtianru’s account also receives significantly higher engagements as compared to other accounts with a similar following.

SparkToro highlighted the accounts that @tangtianru has interacted with. They featured Chinese government officials and accounts that have been known to promote pro-Chinese agenda in online discourse.

Interestingly @tangtianru has a high engagement with the President of Taiwan, Tsai Ing-wen’s Twitter account. Most of the engagements, however, were of negative sentiments and spread anti-Taiwan narratives.

Example of posts of the close relation between @tangtianru and related accounts:

Furthermore, was also discovered that Zhang Heqing, @PakChinaWW, and the account of Gwadar Pro Offical follow @tangtianru, as the followings screenshot shows:

Most of these sock puppets orchestrate via distinct identities, such as the account @ChinaJingXi. This particular account has been disseminating narratives with regards to the China–India skirmishes from 2020 to 2022.

According to SparkToro, compared with accounts with a similar following 41.1 percent of @ChinaJingXi’s account is populated with fake followers, which is more fake followers than most.

We can also see the account receives significantly higher engagements compared to other accounts that have a similar following.

SparkToro also showed the primarily Chinese-affiliated media that @ChinaJingXi has interacted with, such as the Global Times and People's Daily, China.

It is noteworthy that China’s Cultural Counsellor at the Chinese Embassy in Pakistan, Zhang Heqing, also followed this account.

A few examples of high engagement led narratives from @ChinaJingXi’s account with regards to the 2020–2022 China–India skirmishes can be witnessed in the screenshot below.

Through further analysis on Followerwonk, we conceptualized a bio word cloud as well as a two-word bio cloud that shows the most frequently occurring words.

This account carries the similar pattern, in that it uses words and terms that someone residing in Pakistan might use on a social network. Nothing about this account points us to an actual user from China.