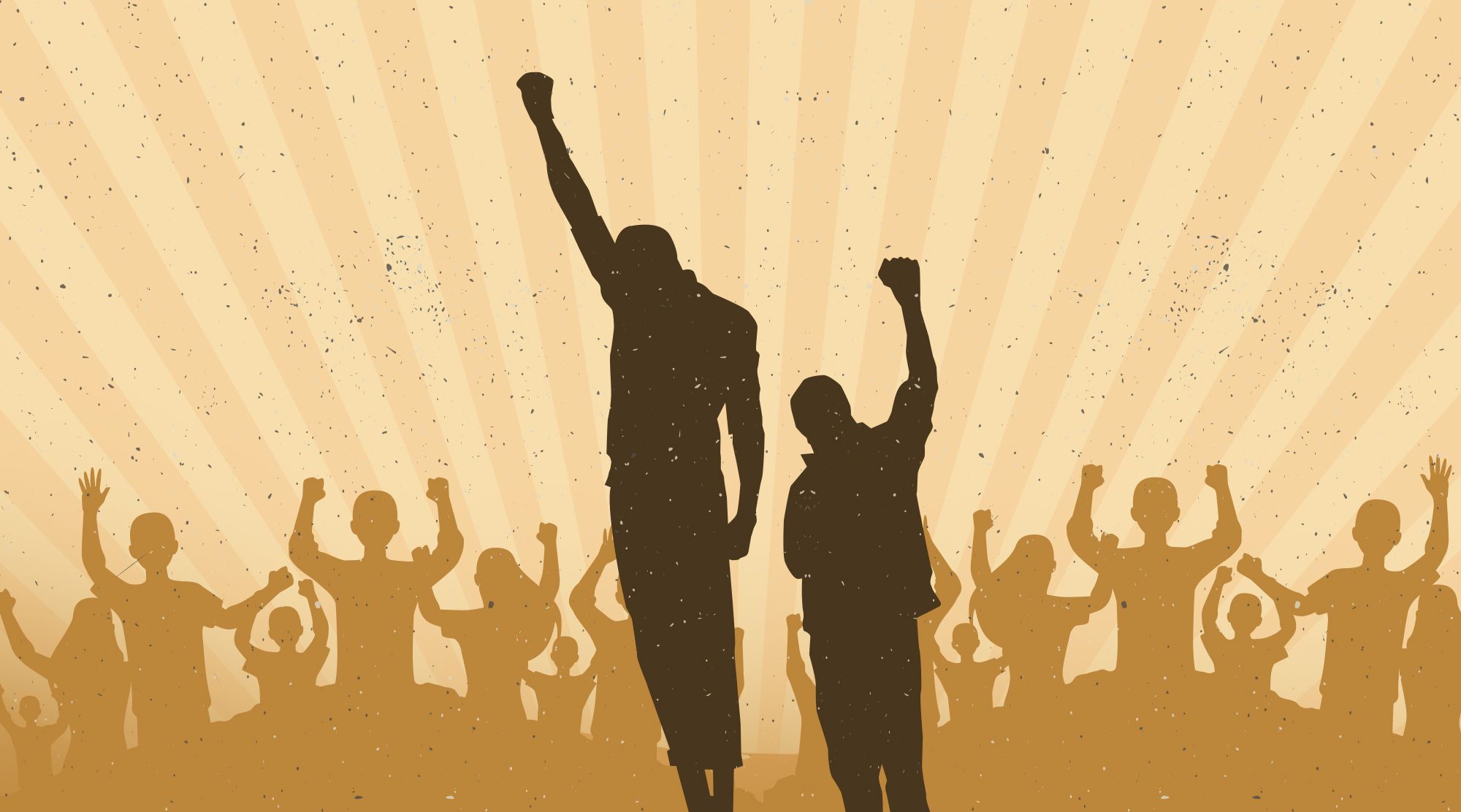 In late 1969, in a church hall in Oakland California, a group of school children sat down to a free breakfast. They ate eggs, meat, cereal, and fresh oranges, and drank chocolate milk. This was the first instance of a new program run by the Black Panther Party, aiming to provide free breakfast before school to children from deprived backgrounds, or whose families were simply struggling to put food on the tables. The Party had identified that children who didn’t eat a proper breakfast suffered from fatigue and struggled to concentrate, and as a result were more likely to struggle at school. The Panthers solicited donations from local grocery stores and restaurants, prepared the food themselves and served it to the children. The program went on to feed 20,000 meals in 19 different communities in the United States.

In fact, the Panthers didn’t just provide free breakfasts to schoolchildren, they ran more than 60 ‘serve the people’ programs including efforts to provide free legal education, drug and alcohol awareness initiatives, community education classes and health clinics to the poor. Huey P. Newton and Bobby Seale founded the Panthers in Oakland, California in 1966, as the Black Panther Party for Self-Defense. The Panthers advocated the exercising of black people’s Second Amendment rights through gun ownership, and committed to challenge police brutality across the US. Less well known however, is the Panthers’ commitment to community organising and focus on the political importance of providing basic social needs.

It wasn’t to last, though. The Nixon administration and the FBI found the social programs, in particular the free breakfast scheme, so threatening that they became one of the catalysts for a full-scale program of repression and smearing of the Black Panther Party. Nixon’s Vice President Spiro Agnew called the Panthers “a completely irresponsible anarchistic group of criminals,” and FBI Director J. Edgar Hoover regarded them as “the number one threat to the security of the United States.” Of course it wasn’t the fact of feeding poor black children that concerned Hoover - he felt that the breakfast program was reputation laundering by the Panthers, calling it: “potentially the greatest threat to efforts by authorities to neutralize the BPP and destroy what it stands for.” He instructed FBI agents to “eradicate ‘serve the people’ programs,” and the FBI field office in Chicago was “repeatedly and specifically ordered in May and June 1969 to destroy the BPP’s breakfast programs, the liberation schools and also the community education classes.” These efforts to repress the Black Panther Party were part of the FBI’s infamous COINTELPRO operation, standing for Counter Intelligence Program, this was a series of covert projects aiming to infiltrate, discredit and disrupt certain political organizations. The actions of the program have since been ruled illegal by a United States Senate Select Committee.

One key COINTELPRO tactic was disinformation. FBI agents went door to door, visiting parents in their homes and telling them that the members of the Panthers were using the breakfast clubs as an opportunity to teach their children racism, and telling them to riot in school. Historian Franziska Meister writes that in several states parents were told that the food provided at the Panthers’ breakfast programs was poisoned, and in San Francisco, “FBI agents actually brought one of the breakfast programs to a halt by talking the parents of the participating children into believing that the food the Panthers were serving had been infected with a venereal disease.”

The disinformation campaign was not limited to targeting the Panthers social programs, however. The Black Panther Party protested police brutality and racism, but drew distinctions between racist and non-racist white people, especially within the working class. Despite this, the impression of the Panthers that has persisted is of a militant group opposed to any kind of cooperation with white Americans. Founding member Bobby Seale puts this down to the FBI’s broader project of disinformation against the Panthers as a whole. “The FBI said that the Black Panthers hated all white folks. How could we hate white folks when we protested along with thousands of our white left radical and white liberal friends?” Seale emphasises that, far from being the insular and prejudiced group they have been portrayed as, the Panthers worked “in coalition with the Asian community organizations and coalition with Native American community organizations,” as well Hispanic and Puerto Rican groups among others.

Many of the myths spread about the Panthers as part of COINTELPRO persist to this day. “The prevailing myths tend to be that the Panthers were dangerous,” says Marc Philpart, a community advocate and non-profit director in Oakland. “That they were thugs, that they were radicals without a cause, and these were all myths that were spread in order to defame them, in order to discredit them, in order to paint them in a negative light.” At the 2016 Superbowl, Beyoncé performed with a troupe of backing dancers wearing black berets and afros, who raised their fists to perform a black power salute. Many people were angered by what they saw as a nod to the Black Panthers, so toxic was the reference that the hashtag #boycottbeyonce trended worldwide and former New York City Mayor Rudy Giuliani called the performance “an attack on police officers.” In general, many people today associate the Panthers with violence and anti-white prejudice, which is why we tend to see negative reactions when they come up in popular culture.

The case of the Panthers’ successful but short-lived breakfast program is a good illustration of the two levels of disinformation war waged against the Party. On the one hand, spreading lies about the Panthers’ social programs was a key prong within COINTELPRO’s effort to delegitimize and destroy the Panthers. Perhaps more disturbingly though, the fact that so many people today are unaware of the kind of radical social contributions the Panthers were able to enact within their communities is proof that the FBI’s broader smear campaign worked. It was key to the destruction of the Panthers that their most positive and successful campaigns be erased from history, but it’s time for that erasure to come to an end.

India’s nearly half-year long farmers agitation received international attention earlier this month when Rihanna tweeted about the protests. The 32-year-old Barbados-born singer’s tweet asked “[W]hy aren’t we talking about this?!” along with an...