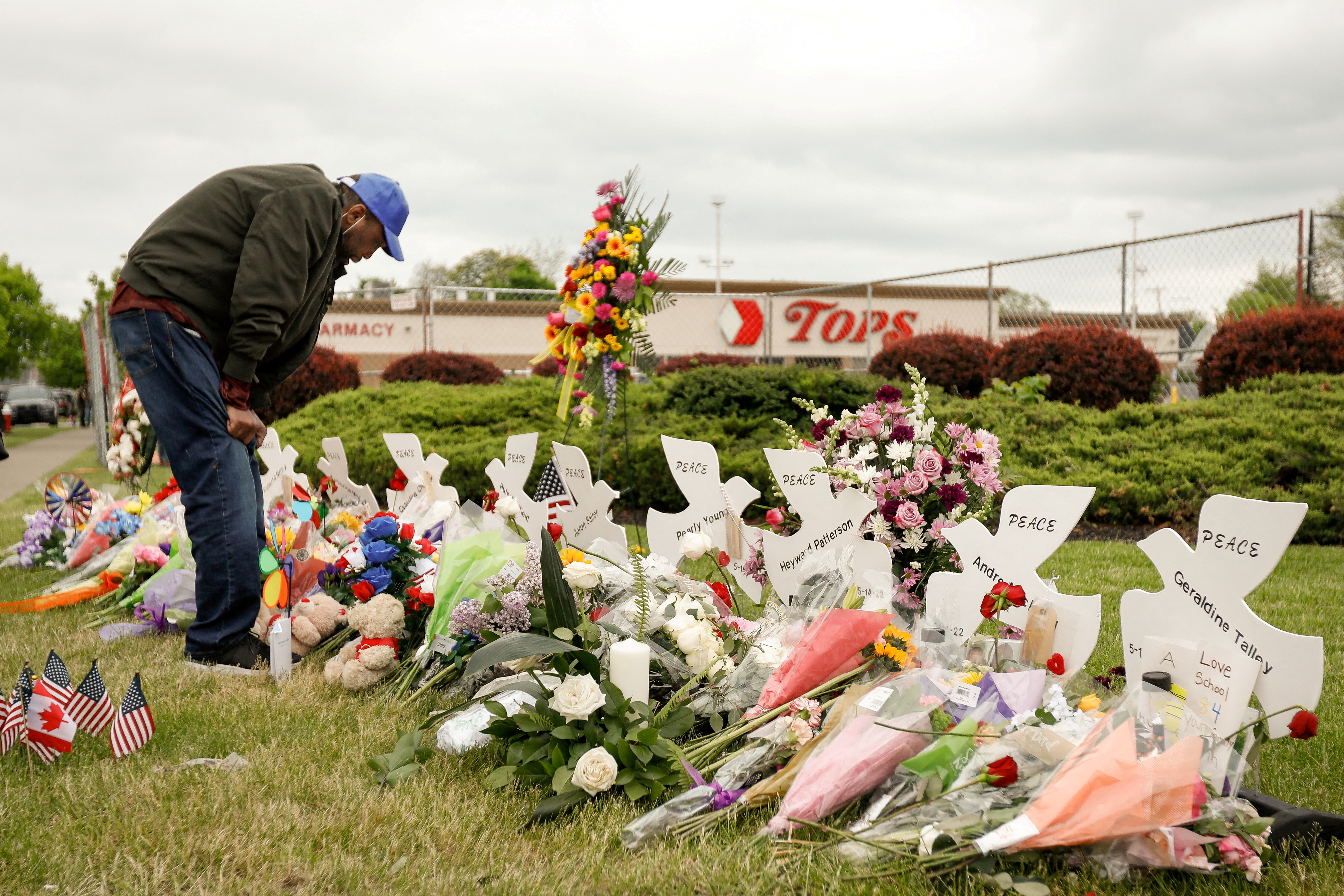 The letter, actually written by one Ted Kaczynski, claimed that the purpose of the bombings was larger than the individual targets, and was an effort to gain attention. The letter promised to stop all terrorist activity if his manifesto was published in "New York Times, Time or Newsweek, or in some other widely read, nationally distributed periodical."

The letter also requested that six months after publishing, the document "become public property, so that anyone can reproduce or publish it." By September 1995, the New York Times and the Washington Post agreed to publish the 35,000-word manifesto in full with the encouragement of the FBI director and Attorney General, who hoped it'd stop the violence.

Attacks that are only seen and not understood are as ineffective as attacks that aren't seen at all. Many acts of terror rely on symbolic dates, targets, and group affiliations with known ideological stances to guarantee that the significance of the attack reaches its intended targets. However, lone actors, who either have no group affiliation or choose not to announce it, are more dependent on written explanations for their actions rather than context and attribution alone. This is especially relevant to current far-right extremists, who are mostly connected through online networks where group membership is fluid at best. It is more accurate to think of these connections as movements rather than individual organizations.

For most of today's mass shooters, the violence is the message, the motive, and the reward all in one.

Before the internet made instantaneous worldwide communication and media sharing possible for nearly everyone, terrorists depended on news media. Attacks needed to be planned where there would be cameras, live broadcasts, and reporters who would direct the eyes of the world. Thus, manifestos were mailed to the press, and attacks were timed to coordinate with public events, busy commuter hours, or the evening news to guarantee maximum visibility. But the internet has changed the role of news media in distributing terrorist messaging. Public attacks are reliably filmed by phone cameras or live-streamed by the attacker, manifestos are published on forums or emailed as shareable PDFs, and the media contextualizes this content for relevant public discourse. The news media is no longer necessary for publicizing the words of an attacker, but instead for constructing the narrative around the attack. The old form of terrorism that Kaczynski practiced, in which violence was used to gain attention that could be exchanged for political legitimacy, is gone. For most of today's mass shooters, the violence is the message, the motive, and the reward all in one. Now, the manifesto is not a negotiation or a threat, but a post-mortem.

Despite that critical shift in the medium, the way we think and talk about manifestos has hardly changed. The popular understanding is still that a manifesto is both an attacker's autobiography and a rallying cry. They paint themselves as sympathetic characters who were sent down a pathway to violence after learning some terrible truth about the world that convinced them a final violent action was the most righteous choice. Like the Unabomber's manifesto, it is a call to action to be read, distributed, and emulated so that others may finish what they started. The manifesto outlines their hope to be a catalyst for change.

Violence creates questions to which manifestos provide answers. And the public suddenly becomes very desperate for those answers.

News media has a tendency to take a slightly different but no more critical approach and regard the manifesto as a subgenre of the suicide letter. It is a dead man's last words – embodying his madness – which demonstrate some pervasive individual or societal sickness. It is treated as a sort of glimpse into the mind of the attacker, which presents an unparalleled opportunity to understand what could drive a person to such a terrible act. In the wake of something as traumatic as an act of terrorism, there is an understandable instinct to unravel the who, what, when, where, and most importantly, why of the event. A manifesto provides all of these explanations, in detail, and in the attacker's own words. It's why manifestos are so often paired with violence. Another pamphlet mailed to the media or uploaded to a forum hardly creates a stir, but violence creates questions to which manifestos provide answers. And the public suddenly becomes very desperate for those answers.

Both of these approaches to the manifesto have a tremendous vulnerability. They require readers to take the author at their word, and disregard the possibility that they, as a reader, also play a role in communicating the intended significance of the violence and designing the public perception of the event.

To turn an investigative eye onto a manifesto, there is actually only one thing about it that is guaranteed to be true. The singular given about any manifesto is that it was written to be seen, read, and distributed. Thus, it contains things that the author wanted to be seen, and doesn't contain things that they didn't.

Rather than asking, "What can the manifesto tell us about the author and the attack?" we should look to the more important question, "Why is this the piece of media that the attacker wanted me to see?"

There is no way for an onlooker to know beyond a shadow of a doubt if the author was genuine in their beliefs, fully lucid at the time of writing or at the time of the attack, or if the manifesto was even complete. Only the attacker can ever know these things. However, too often as researchers, journalists, law enforcement, citizens, and activists, we find ourselves asking "What can the manifesto tell us about the author and the attack?" rather than the much more important question "Why is this the piece of media that the attacker wanted me to see?"

Reframing investigations and media coverage to interrogate that question opens the door to much more responsible and insightful analysis.

Terrorists also live in a world where news media exists. They see what the reporting looks like and how it changes the conversation every time there is a terrorist attack. They know their words will be picked apart and analyzed for clues, that their digital history will be dissected, their rooms searched, and that any media they created will be shared. They know this because the same process takes place every time, with every actor. When they create videos, manifestos, and leave behind their digital footprint, they do it with this information in mind. Yes, they are still designed to be radicalizing calls to arms, but also to serve as a handbook on how to portray them in the news. The things they leave behind are evidence of the story they wanted us to tell, and rather than telling it, we should deeply consider what type of action or conversation that story contributes to.

The Christchurch shooter famously filled his manifesto with memes, jokes, and inflammatory and contradictory statements. At one point, he joked he was radicalized by Spyro, a children’s video game, and that he was a fan of Candace Owens, an American conservative commentator.

He also frequently stated that he hoped his shooting would exacerbate tensions between the right and left on gun control issues in the United States, ideally to the point of civil war.

The trap he laid snagged several high profile commentators, politicians, and journalists, who were quick to point out that people who called for more gun control were playing into the shooter's hands, or that people who threatened to push back against gun control were contributing to his hopes for violence. Plenty of people at the time were quick to point out that the manifesto was bait, but it is glaringly obvious in hindsight what the shooter had done. The gun control debate would have happened whether or not the shooter stated it was his intention. Sure, he wanted Americans to argue over guns, but he also wanted Americans to argue over the fact that he said he wanted them to argue over guns. He created an additional layer of social tension through uncritical – but nonetheless highly predictable – reporting on his manifesto. He got to influence the narrative without a single interview.

Several shooters, most recently the one in Buffalo, have taken note of what the manifesto from the Christchurch shooter accomplished. The Buffalo shooter went a step further and published his Discord diary, which he'd also heavily edited. In addition to his livestream of the shooting, there were more than 850 pages of written material. As always, people rushed to gather what they could about him and his motivations from the materials he released. Despite the fact that he was familiar with and claimed to be inspired by the Christchurch shooter, there was still a failure by public figures and reporters to consider the materials in their full context. These materials are not just for other potential terrorists or white supremacists. They're also for the reporter, analyst, or law enforcement officer reading it.

When will the media, researchers, and analysts consider that the next terrorist is reading your article and taking notes?

As a society, we are starting the difficult process of coming to terms with the fact that the next shooter has likely sat through multiple active shooter drills. But when will the media, researchers, and analysts consider that the next terrorist is reading your article and taking notes?

There is much to be learned from what terrorists want us to see, as long as we approach them that way. To take them at their word is to comfortably play our parts as propaganda vectors precisely the way they wrote them for us. As long as terrorists have existed, terrorists knew they needed media attention, and that to get it, they needed to cause an event of such public importance that they couldn't be ignored. The media need not ignore them, but perhaps shouldn't allow them to control their own image either.

I don't know if the Buffalo shooter was fully radicalized by 4chan posts or his terrible toothache. I do know he really wanted me to think that he was, and I should figure out why that is before the next shooter sporting their own remixed journo-bait manifesto decides for me.

Logically's Emmi Conley researches digital propaganda and violent extremism. Her most recent work on accelerationism has been published with her co-authors Marc‑André Argentino and Amarnath Amarasingam at the International Centre for Radicalisation Studies.