Sworn in Secrecy: What the QAnon and Freemasonry Conspiracies Have in Common 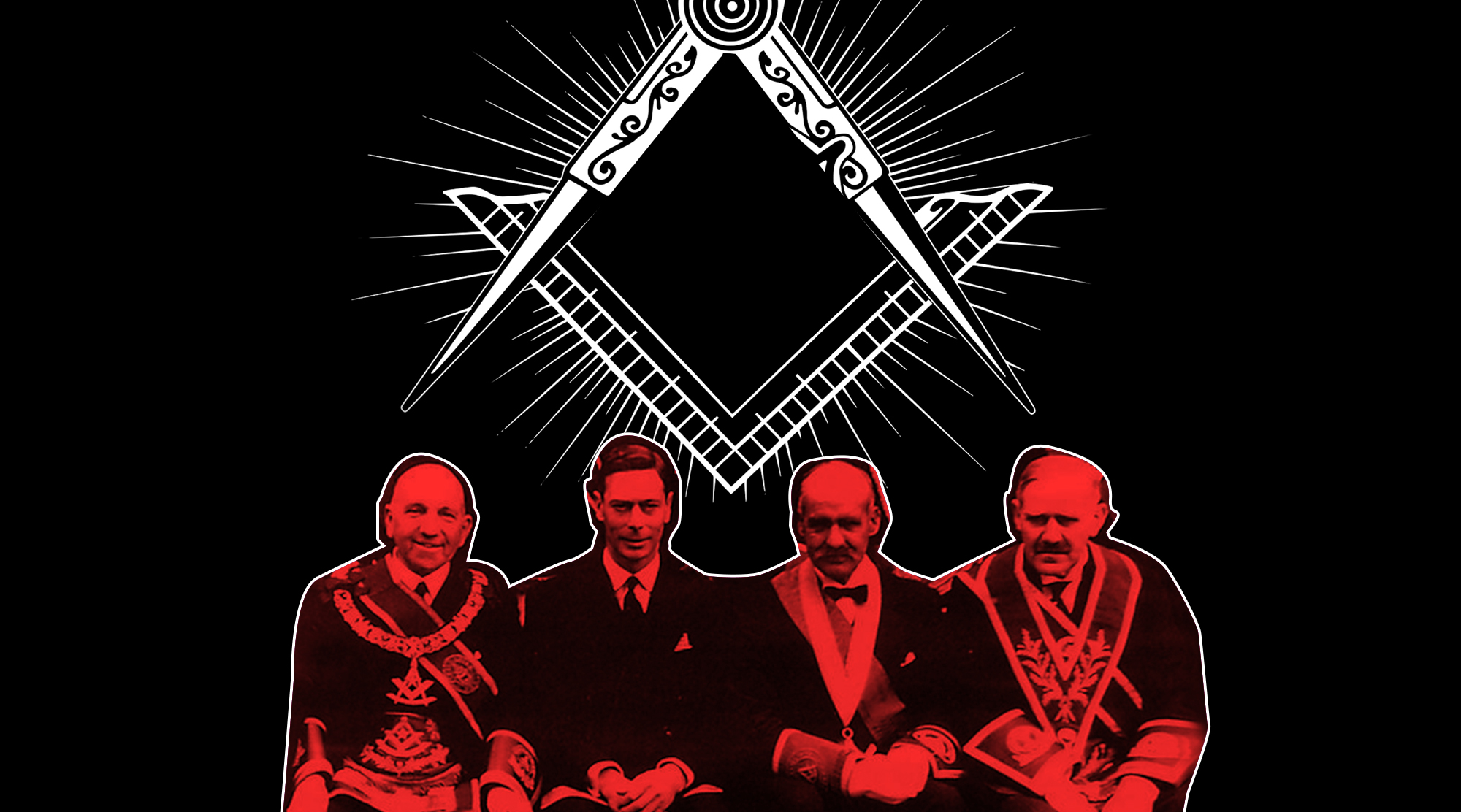 Popular conspiracy theories of today, such as the ones associated with the pro-Trump group QAnon, often rally behind a similar common enemy: a “deep state” cabal of Satan-worshiping child traffickers and pedophiles, all supposedly part of a coordinated global effort to control every aspect of our lives, from banks to media to vaccines. Predictably, groups such as the Illuminati and the Freemasons are often targets of QAnon’s suspicions, but such so-called all-powerful secret societies have been around for centuries, and in many ways what we’re now witnessing from QAnon is in large part a rehash of material that’s been around for hundreds of years.

To understand the history of the suspicions around Masonic organizations and and how it relates to the deep state theories of QAnon today, Logically contacted Konstantin Rubakhin, owner of a vast collection of Masonic artefacts and director of the Masonic Museum, opening in Riga, Latvia in 2021.

According to Rubakhin, there is a clear psychological explanation for the fear of societies like the Freemasons, and it mainly has to do with the secrecy. "What frightens people most is the obscurity,” Rubakhin tells Logically. “Think of it this way: the scariest doll is a doll without a face. Into this empty place, we automatically project our biggest fears. Freemasonry is a classic example."

At the very core of both conspiracies there is a fear of the unknown. Whether it’s trying to figure out which public figures are members of a real secret society exerting undue influence on the world, or inventing a much looser group like QAnon’s pedophile cabal, and looking everywhere for clues about its membership. In both cases, the evil is tied to politicians and famous people, whose influence is widespread. In the case of Freemasonry, there is historical proof that many powerful and famous people were indeed members of masonic lodges. Among them were George Washington, Benjamin Franklin, Winston Churchill, and Voltaire. Rubakhin’s collection includes, for example, a Masonic diploma signed by President Harry S. Truman. The real existence of the masons, both current and historical, “can create paranoia about possible conspiracies because all these people were members of masonic lodges," explains Rubakhin.

Similarly, the QAnon conspiracy tells us about famous and powerful people, who are said to be part of the pedophile network and “deep state”, for example Hillary Clinton, Barack Obama and even Tom Hanks. However, these speculations are based mostly on information generated by social networks. Followers share their theories, provide manufactured photo evidence and other items supposedly proving politicians’ and celebrities’ links to the shadowy plot.

Over the course of several centuries, various groups and political regimes have adapted masonry conspiracies to fit different agendas. An infamous example from history is Nazi Germany. In order to fuel rampant public antisemitism, the Nazi government promoted the idea of a secret plot between Freemasons and Jews, the so-called "Judeo-Masonic conspiracy."  According to Rubakhin, the Nazis' pursuit of the masons was particularly dogged, and Minister of Propaganda Joseph Goebbels personally supervized the fight against Freemasonry. Nazis tortured members of the Masonic lodges and reduced a Hamburg Masonic lodge’s buildings to bricks in search of Masonic secrets.

In the 18th century, there were similar accusations, albeit with a very different origin. Rubakhin explained that the Catholic Church saw Freemasonry as a threat to its monopoly of power. According to the bull of Pope Clement XII "Eminenti Apostolatus Specula" of April 28, 1738, "Freemasonry is a harmful sect, full of hypocrisy, pretense, heresy, and superstition, aimed at destroying the church and state power." The Catholic Church in the 18th century was in a relatively weak position, reduced to a figure of ridicule by the Enlightenment. Blaming the Church’s problems on Freemasonry allowed the church to deflect attention from its own corruption and failure to address the challenges posed by the Enlightenment, and earlier, the Reformation.

But one of the key figures of the QAnon conspiracy is President Donald Trump. According to the theory, the "deep state" malicious actors have a plot to exploit and traffic children the length and breadth of the country, and Trump is the only one who can stop it. Much like the helpful spectre of the masons deployed by the Catholic Church, when you support a President whose tenure has been as embattled at Trump’s, whose morals are consistently thrown into question by others accusations as well as his own actions, a grand theory that casts him as an unimpeachable avenging angel posed to save thousands of innocent children from evil is certainly helpful.

As QAnon gains popularity, and the real-life child trafficking allegations surrounding Ghislaine Maxwell and the deceased financier Jeffery Epstein once again garner attention, it’s useful to look to the example of historic conspiracy theories around Freemasons to explain what’s happening now. There is a kernel of truth to all good conspiracy theories; remember too that they’re ripe for exploitation by people and groups who would rather blame a shadowy cabal for everything than admit their own failings.