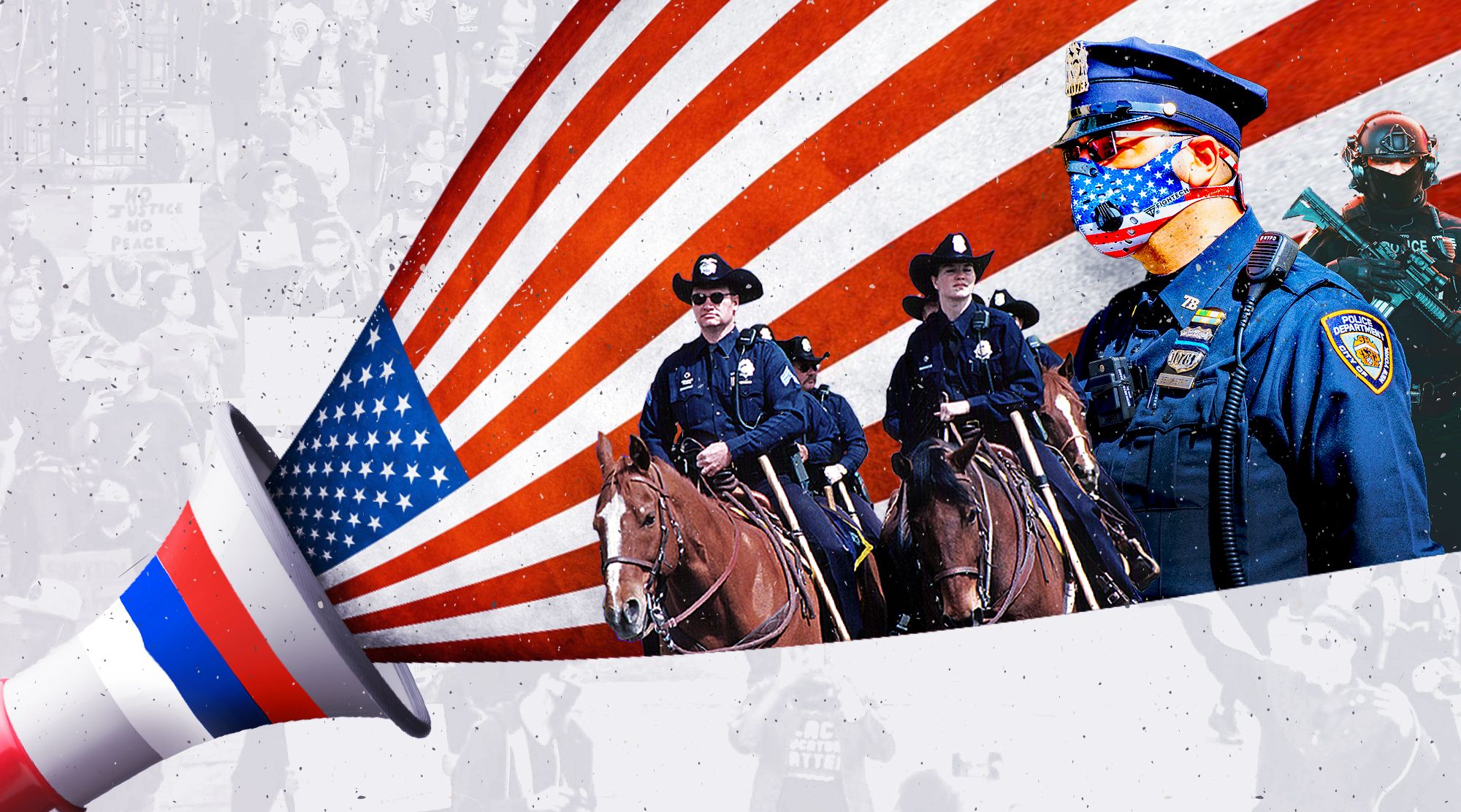 The media outlet Sputnik, a veteran publisher of Russian state propaganda, has claimed that there is no systemic problem with police brutality based on racism in the US, and that the Democratic Party and media are exaggerating the problem. The outlet interviewed several American "experts and scholars" to back the messaging. Almost all of the experts Sputnik selected to comment, however, are infamous for having made previous controversial and racist statements. The coverage is pushed in English, in the hopes of attracting an American audience, targeting those who are already skeptical of mainstream US media narratives and distrustful of the Democratic Party and the Black Lives Matter (BLM) movement.

In support of their theory that reports of racist police brutality in the US have been overblown, Sputnik uses statistics offered by commentator and academic Heather Mac Donald.  Mac Donald is a well-known opponent of BLM and supporter of the continuation of existing policing techniques.  According to her, "In 2019, police officers fatally shot 1,004 people, most of whom were armed or otherwise dangerous. African Americans were about a quarter of those killed by cops last year (235), a ratio that has remained stable since 2015." However, MacDonald’s reporting of these statistics misses the crucial fact that African-Americans make up only 13 percent of the US population, meaning that Black people are significantly overrepresented as victims of police violence.

Another expert interviewed by Sputnik, Dr. Carol M. Swain, repeated the manipulated statistics.  Swain is an African-American conservative television analyst and former professor of political science and law at Vanderbilt University. Swain has promoted the film "A Conversation About Race," which was well-received among white supremacist organizations and panned by the Southern Poverty Law centre as racist. In 2015, Swain became the target of a petition by her students, who campaigned to have her suspended from teaching and required to attend diversity training sessions. She quoted the aforementioned statistics and blamed media outlets for fueling the debate around police brutality. Swain told Sputnik that "the actual statistics about how often blacks die at the hands of police would suggest that non-stop media coverage overexaggerates the actual threat to blacks."

These are not the only examples of spurious evidence in support of Sputnik's attempt to discredit the Black Lives Matter movement. Along with Swain and Mac Donald, Sputnik interviewed Jason Goodman, who runs a conspiracy theory channel on Youtube. Goodman, who believes that George Floyd and his killer Derek Chauvin knew each other, claims that it is a story of "two feuding felons rather than a spiel about a racist police officer killing some random black civilian." Goodman told Sputnik that this detail destroys "Black Lives Matter's narrative of the racism-driven police brutality behind Floyd's death." Goodman's theory about Floyd and Chauvin knowing each other has been debunked, however. For more information see our fact check.

With the help of these fringe experts, Sputnik claims that the Black Lives Matter movement is not based on a genuine problem of systemic racism in US policing. Sputnik is also clear about who they think are to blame for the ‘inflated’ popular perception of the problem: the Democratic Party. According to several Sputnik articles, the Democrats are fueling the Black Lives Matter protests to score political points in preparation for the 2020 elections. Sputnik's eagerness to attack the Democrats is made clear in an interview they ran with scholar Daniel Pipes. Pipes claimed that the Democrats "oppose almost everything he [Trump] does. If their opposition on COVID-19 contradicts their opposition on Black Lives Matter, they hardly notice or care.” Pipes has also been accused of making use of racist tropes in his writing. In 1990, he warned against Muslim immigration to Europe, claiming that the continent is "unprepared for the massive immigration of brown-skinned peoples cooking strange foods and maintaining different standards of hygiene."

Sputnik's selection of these guests and voices in particular is not a coincidence, but an organized campaign aiming to discredit both the Black Lives Matter movement and sow discord between different elements of the Democratic Party and their support. Both the choice of interviewee, and the decision not to highlight their controversial backgrounds are conscious decisions which show Sputnik’s continuing interest in the ongoing US culture war; either as a way to directly support Trump, or merely a way to divide democrats.

On February 24, 2021, Lisa Nandy and Yvette Cooper – both senior MPs in the U.K. Labour party – used their Twitter accounts to share a thread by Eric Feigl-Ding, a Harvard-trained epidemiologist specializing in nutrition.