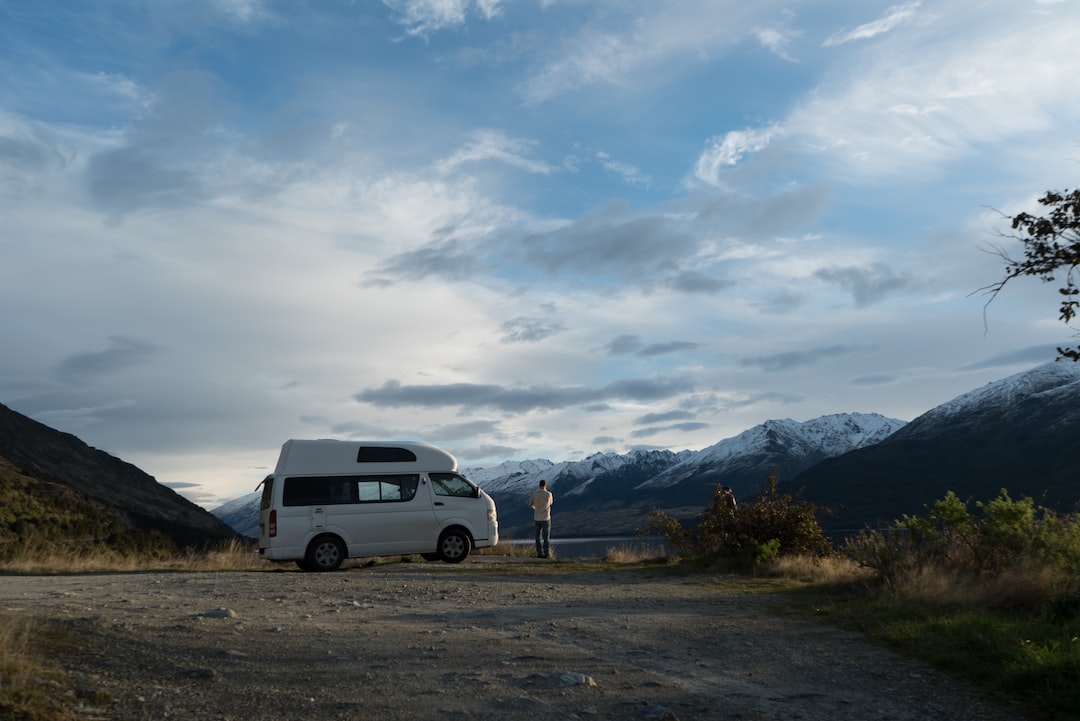 Earlier this week, a twitter account ostensibly belonging to a British writer named R.S. Archer, the author of the ‘David Saunders’ series of books, married to a French woman and living in the Dordogne, began posting about a British couple he knows who have a holiday home near him and his wife. “They voted for Brexit,” R.S. Archer claimed, “and have made no arrangements whatsoever for what happens on Jan 1. They have now discovered the reality of their situation.” Having planned to retire to their second home “in about five years,” the couple now realized they had lost their right to reside in France, and would have to sell. “The blame apparently,” Archer tweeted, “is with ‘Brussels.’”

What followed over the next few days was the tale, narrated by Archer to his hundred-thousand plus followers blow-by-blow, of how his fuming Brexiteer neighbours, helped by their equally irate “idiot son,” were attempting to negotiate their escape from the fate they themselves had voted for. After whining at Archer about how he’s not going to be “pushed around” by the EU, who anyway he was sure are just jealous of Brexit, the idiot son decided to head to the Dordogne himself, to “sort this all out with the mayor”; deaf, apparently, to Archer’s insistence that this is not the sort of thing which typically falls under the jurisdiction of local politicians (“I told him to contact Ursula von der Leyen. He asked if I had her number.”).

A meeting was arranged for Friday – today. The idiot son was coming down on the Thursday armed with Six Nations tickets, in an attempt to bribe the mayor.  The mayor and all his staff were in fits of glee about it, rubbing their hands excitedly together as they awaited the arrival of this angry and confused English fool – “one lady has switched her day off to be there.” The only potential hitch was that the son’s Eurostar was cancelled so he had to get a later one, and while waiting around St. Pancras he lost his shoes, got into a fight with a tramp, ended up being bitten by a dog.

Unfortunately this is where (at the time of writing) the story ends, since at this point (as Archer tweeted) there was “a co-ordinated attack on my twitter password,” and his inbox was “filling up with loads of attack votes by Brexit supporters including threats to me and my wife.” Shortly after this, the R.S. Archer account was taken down.

Still, during its brief lifespan, his thread was a sensation, garnering tens of thousands of retweets, and even generating an attack piece in the right-wing, pro-Brexit magazine The Spectator. People have described their enthusiasm for the thread in glowing terms. One woman decided to keep track of Archer’s narrative using a whiteboard; another fan seems to have decided to register an account he can use to keep the story going as a sort of tribute. Finally, perhaps, through this social media farce, the entitlement and stupidity of Brexiteers was being exposed – with Archer himself, casually multicultural with his French wife and love of travel – as our wry guide.

The only problem, of course, is that almost everything about both the thread, and Archer himself, was a very obvious fake. Minimal scrutiny revealed his avatar – of a smiling, bearded man – to be a stock photo; his header image, ostensibly a picture of his beloved Patagonia truck. In fact, every single photo the account had ever posted, right down to the pictures Archer shared of his beloved Dordogne home, turned out to be a stock image of some kind. In fairness to Archer, he did give an explanation for this, claiming over the course of his thread that “of course” he uses stock images: “I write under a nom de plume so I’m hardly likely to use a real photo of me am I? Twats.”

But if he does indeed write under an assumed name, it isn’t ‘R.S. Archer’, and he isn’t using social media to promote his series. There is no ‘David Saunders’ series of books, and if you google ‘R.S. Archer author’, the only credit is for a book about Molybdenum – a fine transition metal, but hardly the sort of intrepid globe-trotting thriller about a brilliant professor-cum-detective that the phrase ‘David Saunders series of books’ seems to invoke. It also seems worth noting that the ‘R.S. Archer’ account was only registered this April, and managed to build up a large number of followers at a very rapid pace; despite most of its pre-thread tweets being mostly quite derivative ‘well-off older British guy’ fare about how Brexit is bad, Trump is bad, Corbyn is bad, F1 is good, and football is boring.

A few of the details of Archer’s story don’t add up. The train times he gives for the son arriving in Bordeaux (18:56 on Thursday) are accurate: there was indeed a train from Paris scheduled to arrive at this time. But there were no Eurostar cancellations yesterday, so either Archer is lying about this, or the “idiot son” is lying to him. A lot of the ‘color’ the author gives his account feel suspiciously like it comes from bad fiction – Archer dines on the (very French-in-the-British-imagination) dishes of canard à l’orange and crème brûlée; the mayor’s wife jokes about the mayor’s lust for Vanessa Paradis, the French singer from the 1980s who was at one point married to Johnny Depp. One wonders if Archer is aware of any aspects of French culture that a man who has lived his whole life in Britain wouldn’t also have heard of – at one point he describes wife as “[putting] her Gallic foot down.”

But perhaps most damning of all is the fact that the basic problem Archer’s Brexiteer neighbours have (a) almost certainly doesn’t exist; (b) even if it did, it would not be cause for them to behave as they have. There is no need for the couple to sell their house and abandon their plans to retire to the Dordogne, since the rules regarding residency for British people in France post-Brexit clearly state that they would be entitled to move there permanently if they are able to get health insurance and can prove they have sufficient income to support themselves. Granted there is an income threshold here, as residents are required to prove they will not be a burden on the state – so conceivably they could be denied residential rights. But it seems worth assuming that if you are rich enough to afford a second home in the Dordogne, you will have at least enough resources for this obstacle not to present itself as a source of immediate despair.

But then all this raises a number of questions. What makes a man, in the year 2020, register a twitter account, (possibly) buy a bunch of followers, then spend a couple of months building up something like a brand identity, before launching into the world a badly written, obviously untrue story about a bunch of stereotypically clueless Little Englanders, their witty writer neighbour, his accomplished, glamorous French wife, and a whacky mayor? Why now – when Brexit as a political controversy is all-but done, and a post-Brexit UK is now being torn apart by a pandemic? And why the enthusiasm for it: why did so many people seem excited by the story? Why were they taken in?

In a previous article for this website, I argued that post-truth is not about facts, but about desire; that people are receptive to fake news and social media posts when the lies these stories are reporting fit, somehow, their ideas about how they would like the world to be. It is clear, I think, that the R.S. Archer story chimes perfectly with the desires of a certain sort of (often quite obsessive) Remain-supporting British voter. Like liberal American ‘Never Trump’ types, this political tribe typically sees the world in very clear-cut terms, where they – self-consciously sophisticated, well-educated, and comfortable with other cultures (even if their views of said cultures are often highly stereotyped themselves) – are always sensible and right, and their opponents are always stupid and deluded, with no deeper explanation for their political choices ever needed. Archer’s story, in particular, is rife with thinly veiled classism, especially with regards to the idiot son, a cartoonishly thick pillock who works, we are told, as a tire fitter. Indeed: so heavy-handed is Archer’s characterization that it is tempting to read the whole enterprise as a way of sending up Remainers, who have been so utterly and enthusiastically taken in.

At any rate, there is clearly something about the story which Archer’s target audience find somehow comforting: the story feels like a retreat into old certainties, of the sort that existed before the pandemic cleaved everything in two. A number of accounts have even explicitly commented that they feel its reality or otherwise hardly matters: people seem happy to suspend their disbelief about it, because they would prefer to live in a world in which they can feel like it might be true (here, there are parallels I think with the ‘sixthformpoet’ thread from last year, another viral tale that obviously wasn’t true, but which people shared wanting it to be – written, in fact, in an almost suspiciously similar style…).

So what lessons can we draw from this, if any? About post-truth and fake news – maybe nothing particularly new, although it does seem worth emphasizing that the conditions under which people might be susceptible to these things seem to apply to self-consciously sensible centrist liberals, just as much as they do their Trump-y, Brexit-y foes. More broadly than this, if someone was to start writing fiction, and market it self-consciously at aggrieved Remainers, I think they could probably make quite a bit of money. David Saunders, it’s over to you.

Are the Mass Christian Conversions in Punjab Fact or Fiction?

On January 17, weeks ahead of the state assembly elections scheduled in the northern state of Punjab, the hashtag #Christianization_of_Punjab started trending on Twitter. Users claimed that Punjab’s Hindu population was disproportionately converting...