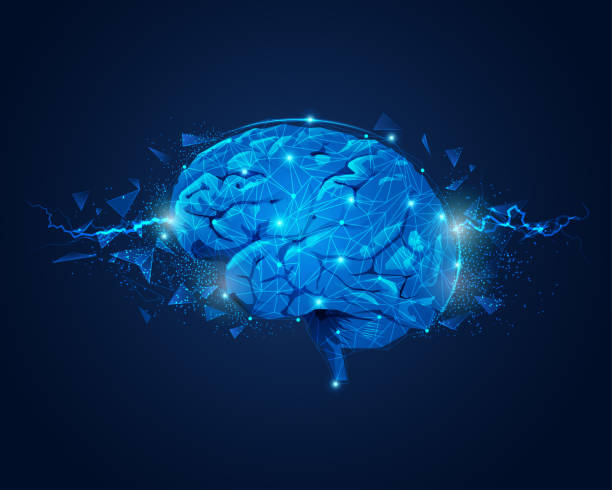 Last month, the New Statesman published a striking interview with the feminist philosopher and author of Gender Trouble Judith Butler – on gender, trans rights, and how these issues have become broadsheet and social media cause célèbres. The interview went viral, in part because it felt so different from the sort of thing that normally gets published on trans issues in news magazines with big circulations.

In the British press in particular, when trans issues do get covered, it is typically by people trying to whip up moral panic. Media coverage of the so-called ‘trans rights debate’ is constructed from a set of assumptions. Those assumptions are roughly as follows: that certain ‘feminists’ are worried that if their opponents – ‘trans rights activists’ – get their way, then predatory men will be given free reign to access women’s bathrooms, and to be rude to bestselling authors online. The questions asked of Butler by the interviewer, Alona Ferber, very much reflected this setting of the debate. But this I think was a very deliberate – conscious and strategic – choice on her part. Because, by asking these particular questions, Ferber teed Butler up perfectly to diagnose the “rich domain of fantasy” which informs all this nonsense, deconstructing its underlying assumptions with an expert sensitivity and critical calm.

Naturally, commentators who make their living by working to perpetuate the ‘debate’ as it presently stands, for instance Julie Bindel, took to social media to complain about how unclear Butler is – how even apparently Camille Paglia (are we saying that’s supposed to be a person who is very good at understanding things?) can’t even understand a word Butler says. This reflects, in fairness, Butler’s long-held reputation for being unnecessarily difficult – a reputation set, in particular, by the equally illustrious contemporary philosopher Martha Nussbaum’s attack on Butler’s prose style in ‘The Professor of Parody’. But in this instance, the complaint just felt bizarre: a deranged insistence on a stereotype which, in this context at least, had no apparent basis in reality.

In fact, one of the most powerfully distinctive things about the interview was how un-confused it left one feeling overall. Too often, political journalism seems designed to leave us feeling angrier and more powerless: bogged down, as we read more and more of it, with ever-more useless awareness of a world too fast and noisy to really comprehend. The Butler interview did the opposite of this.

And this, really, is why I’m writing about this interview now, several weeks after it was trending. Because the Butler interview is not only interesting as a correction to broadsheet scaremongering about trans rights. It can also help us to illuminate how, all-too-often, comment journalism itself can constitute a form of disinformation.

“We are living in anti-intellectual times,” Butler tells Ferber in the interview. Specifically, they make this remark in the context of the ‘culture wars’ playing out online. “The quickness of social media,” Butler says, “allows for forms of vitriol that do not exactly support thoughtful debate.” But this ‘quickness’ and apparent lack of thought is hardly something that is confined to the likes of @Keith9040494858 and @Todd__Piss – your common-or-garden shitposting chancers and reply guys. The whole of twitter essentially functions as one giant below-the-line comment section for every broadsheet newspaper – and the most prominent leaders of Twitter idiocy are often blue-check bearing news anchors and political pundits.

Call what I am talking about here ‘pundit brain’. ‘Pundit brain’ is a syndrome consisting in a set of epistemic vices: acquired traits which make us bad at thinking (in his book Vice Epistemology, the philosopher Qassim Cassam names things like arrogance, dogmatism, and gullibility as examples). If the image of the pundit-brained journalist has been crystallized anywhere, it is in the early satire of Chris Morris: shows like The Day Today and Brass Eye where his anchor character was constantly drawing wildly over-confident conclusions from nonsensical infographics, howling at unassuming guests that they need to solve absolutely everything that’s wrong with the world, right now, and smirking gleefully to camera at the possibility of instigating a war.

The first vice of the pundit-brained is that they are only able to understand things in the context of a ‘debate’. For those suffering from pundit brain, everything must boil down to exactly two positions, one (ostensibly) progressive and one conservative – with the ultimate, ‘correct’ answer always falling somewhere, fair and balanced, in the middle. And whereof one cannot debate, one must remain silent: in order to engage with the pundit-brained in any way, one must accept the validity of this framing. No-one has either the time or the word count for any real subtlety – any attempts at it must be ignored.

The second vice of the pundit-brained is that they assume there is always something to be done. No matter how abstract the discussion you are having, it must always be brought back to practical reality. If you are talking to someone suffering from pundit brain, and over the course of your conversation happen to raise a criticism of a particular government policy, for example, then your pundit-brained interlocutor will never find your criticism, in and of itself, satisfactory. It is never enough to criticise: you must always be able to suggest an alternative plan. And if your plan is found lacking, well: presumably your initial criticism was invalid as well.

Pundit brain is a form of stupidity, but the people who suffer from it most profoundly are typically very highly educated – graduates of some of the world’s most prestigious institutions of higher education. This apparent contradiction (I say ‘apparent’ because obviously it is entirely possible to get into Cambridge, say, and still be incredibly thick) results in two further, closely related, epistemic vices. The first is that the pundit-brained are never able to admit their ignorance, except in order to gloat: if they’ve never heard of something, or don’t understand something, then all this means is that no-one should have heard of it, and that there is nothing to be understood (see the phenomenon of celebrity writers boasting that they have never read Moby-Dick). The second is that everyone else in the world is presumed to be stupider than they are: which, given how stupid pundit brain makes you, means that the general public must be very stupid indeed. Finally, in their writing, their presentation, whatever, this imaginary audience of idiots must always constantly be pandered to.

It is not hard to see, then, how pundit brain might serve to muddy knowledge and skew our interpretation of what is currently happening in the world. Nor is it hard, once we recognise this malaise, to see every major news outlet in the English-speaking world runs absolutely rife with it. At some point, we all became trapped in the brains of the glibbest, loudest, and least charitable members of our society, and it can feel as if there is no way out.

But now compare all this with what Butler manages to achieve in that New Statesman interview. Pundit brain consists in a set of epistemic vices – but Butler exhibits the corresponding virtues.

Butler never accepts the framing provided by the interviewer with blind faith. Rather, they seek to deconstruct it. Butler starts responses by saying things like: “I want to first question whether trans-exclusionary feminists are really the same as mainstream feminists,” or: “If we look closely at the example that you characterise as “mainstream...”. Butler wants to think as slowly, and carefully, as possible – never being drawn to make a positive assertion out of an abundance of haste. And it is worth noting that this caution often requires admitting genuine befuddlement: “I am not aware that TERF [trans-exclusive radical feminist] is used as a slur,” Butler says at one point, before “confess[ing] to being perplexed” that Ferber mentions online abuse levelled at J.K. Rowling, but not trans people and their allies. Finally, Butler never patronises their audience. At one point Ferber even proffers a reading of Gender Trouble which Butler disagrees with – but they don’t even respond by presuming themselves to be the sole legitimate authority on their own book! Butler often invokes quite difficult concepts, but far from this resulting in a lack of clarity, in fact it helps clear some otherwise intractable difficulties up. Towards the end of the interview, for instance, Butler uses the rethinking of equality as interdependency that they pursue in their new book, The Force of Non-Violence, to perfectly skewer what is at stake in the whole of the broadsheet ‘trans debate’:

So what’s the upshot of all this? What does it mean for journalism and disinformation? Well, I suppose that if we really want to understand what’s going in the world – honestly, carefully, charitably – then we need fewer comment pieces written by journalists, or more that are written by philosophers. But then… I guess I would say that, wouldn’t I?


Dr. Whyman will be writing a fortnightly column.

The Facts Are Not Enough

If there’s one thing that everybody knows about the internet, it’s that it’s full of lies. This much has been understood for such a long time that, even as far back as 1993, a New Yorker cartoon could use it as a punchline. While we’ve grown used to...

Trans Athletes Are Being Politicized

Attacks on trans rights have intensified in 2022. Wherever there appear to be advances in human rights for transgender people, there are lawmakers and prominent transphobes eager to reverse this progress.