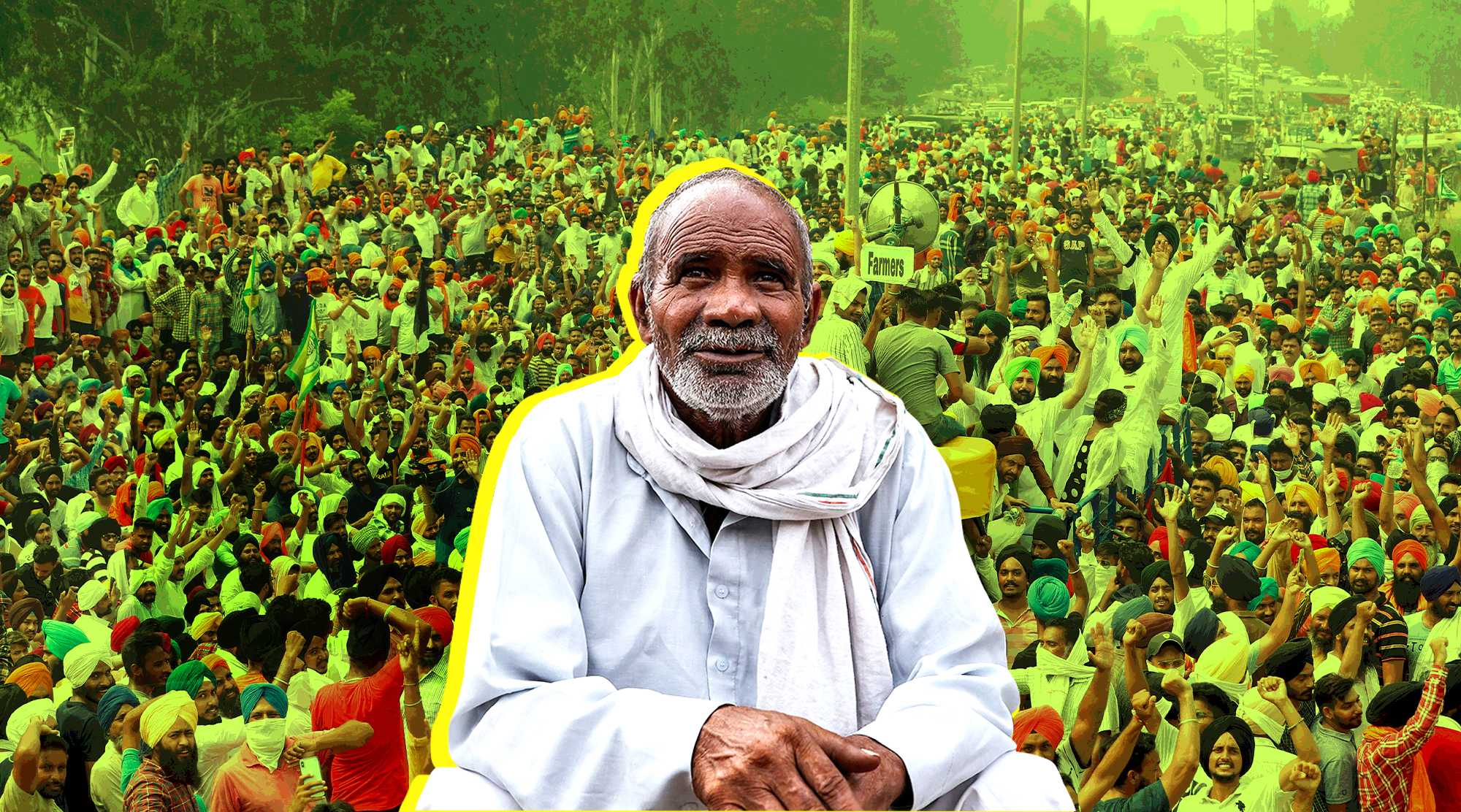 Footage of Deepika Padukone, one of India’s most iconic actors, ran on a continuous loop on news channels this weekend as she attended the office of the Narcotics Control Bureau for questioning. The agency is investigating an alleged Bollywood “drug mafia nexus” case that  has emerged following the death of actor Sushant Singh Rajput and the consequent media trial. Padukone was summoned last week along with three other female actors; Sara Ali Khan, Shradha Kapoor and Rakul Preet Kaur.

While veteran journalists from almost major news channels were deployed to Goa and Mumbai to track Padukone’s every move, little coverage was given to the thousands of farmers who pledged to take to the streets on Sept. 25 against three new agricultural reforms, which were passed in the Parliament recently.

Dozens of farmer organizations from the states of Punjab, Haryana and Kerala among others have joined hands to oppose the reforms that threaten to broadly take away significant power from the government-regulated agriculture sector, and hand it over to private players.

Deemed “historic and necessary” by Prime Minister Narendra Modi, the new reforms essentially sideline protective frameworks of a predetermined Minimum Support Price (MSP) on crops; and the government-controlled wholesale markets or mandis where farmers could sell their produce at a fixed rate. While the farming industry has already seen significant privatisation at a national scale, with only a portion of farmers still selling at the local mandis, the move to push for a free market in the sector has led to the nationwide strike. With the largest amount of procurement, the states of Punjab and Haryana led the protests, from where government agencies procured over 201 lakh tonnes of wheat and nearly 227 lakh tonnes of paddy amounting to roughly 80,300 crore between 2018-2019 alone, according to the Indian Express.

“Farming is in any case the largest private sector in this country, with these reforms you [central government] are showing you are not interested in privatisation, you are interested in corporatisation. What will be the bargaining power of the small guys?” asked senior journalist P Sainath in an interview with Faye D’Souza.

What are the reforms?

The first bill allows for the sale of agricultural produce outside of government-regulated mandis since many states’ legislations mandated produce be sold through them at the MSP to avoid farmer exploitation. It permits intra-state trading - a potentially logistical nightmare for smaller farmers - along with operating licenses to corporations to set up electronic trading platforms.

Farmers and economists claim this shift from moving agriculture out of direct state support to a more market-oriented system will only benefit private players; and further disempower the community who could till now sell their produce at a fixed rate to the government. For instance, Bihar’s abolition of a regulated market in 2006 increased price volatility in the state and slowed growth in the agricultural sector in the state, according to a Mint report.

“We had our issues with the MSP but at least we had a minimal assurance of what we would get for our produce,” former Rajya Sabha member and Bhartiya Kisan Union President BS Mann told Logically. “Farming is already a venture running in losses for us, but when sold outside of mandis our crops get even lesser value”

The second, which is the Farmers (Empowerment and Protection) Agreement of Price Assurance and Farm Services Bill will promote contractual work allowing farmers to engage with agriprocessors, wholesalers, large retailers and exporters, according to LiveLaw. While the government pushes this move as a remunerative one, vested business interests could result in farmers taking on more risk than they can afford.

“What we were doing in the existing system was also contract farming with the government of India. They would tell us to grow paddy and wheat, which they would purchase at a certain rate,” Mann said. “But often the government has changed its mind and left us hanging with a bulk of crops that we scurry to sell off. Imagine, if there is a clash, how can a farmer compete with a company worth millions when we can’t even litigate with our own government?”

Although there could be an agreement between corporations and farmers on what to grow, with the private player providing a specific variant of seed, changing global market with fluctuations in demand could swiftly change the terms of agreement. This in turn has the potential to leave farmers forced to sell at a much cheaper rate than what was agreed on.

“What big companies want to receive through forward contracting in terms of quality and grade will be different from what our farmers can achieve. What happens when produce meant for export does not meet a specific standard and also has no local market for the farmer to sell it to,” Binod Anand of the Rashtriya Kisan Sangh told Logically.

The third, and perhaps the most contentious reform is a bill amending the Essential Commodities Act. While earlier the act strictly enforced a cap to prevent private players from hoarding produce, the amendment stipulates removal of current restrictions on traders stockpiling produce, enabling corporations to hoard and manipulate prices.

“Amending the ECA, may end up weakening the bargaining power of small and marginal farmers and increase the stranglehold of large agri-business in agricultural marketing. The government would also lose control over the only instrument of intervention it had in the past to prevent distortionary actions of traders like hoarding,” R. Ramakumar, economist at the School of Development Studies told IndiaSpend.

Additionally, there is no legal framework provided to farmers in case a farmer-buyer contract goes awry. As their work falls under the Essential Commodities Act, farmers cannot go to civic courts to seek redress. The agitation is demanding a legal framework be set up for the community to seek justice when fighting loaded private players.

In response to the backlash from these reforms, the government raised the MSP for buying six crops by up to 6 percent on Sept. 21. The MSP of wheat, the biggest crop of the season, was hiked by Rs 50 to Rs 1,975 per quintal.

“Even if they raised the MSP, the rate should commensurate with our cost of production. It should justify our cost,” Mann argued. “In the 70s one quintal of wheat was equal to 210 liters of diesel. Now one quintal of wheat is not even equal to 20-30 liters of diesel. Comparative price of wheat has declined by 80 percent and even though there is a price rise on paper, in real economic terms there is loss.”

Agriculture Minister Narendra Singh Tomar also said the MSP and mandi mechanisms would continue, as will the government’s purchase of crops at fixed rates.

But data from the 10th agriculture census, taken between 2015 and 2016, shows that small and marginal farmers with less than two hectares of land account for over 86 percent of all farmers in India own less than half of all crop area. The current government regulated system might have deep flaws, but economists argue it ensured that the interests of such small farmers were protected. Rather than a complete overhaul, campaigners argue that improvement and government investment would protect farmers’ interests.

While the government has given repeated assurances, none have been committed to paper. Farmers are demanding the current MSP be calculated based on recommendations of the MS Swaminathan Committee, which was the ruling BJPs electoral promise in 2014, the government should ensure no big transactions by traders and companies happen below the MSP, and that there is guaranteed procurement.

It's Raining Data Breaches in India

“Some of my data is there. In fact even the accurate date for the creation of my Mobikwik account, in 2013, is there,” said Medianama founder Nikhil Pahwa after his personal information, along with millions of others, were leaked following the...