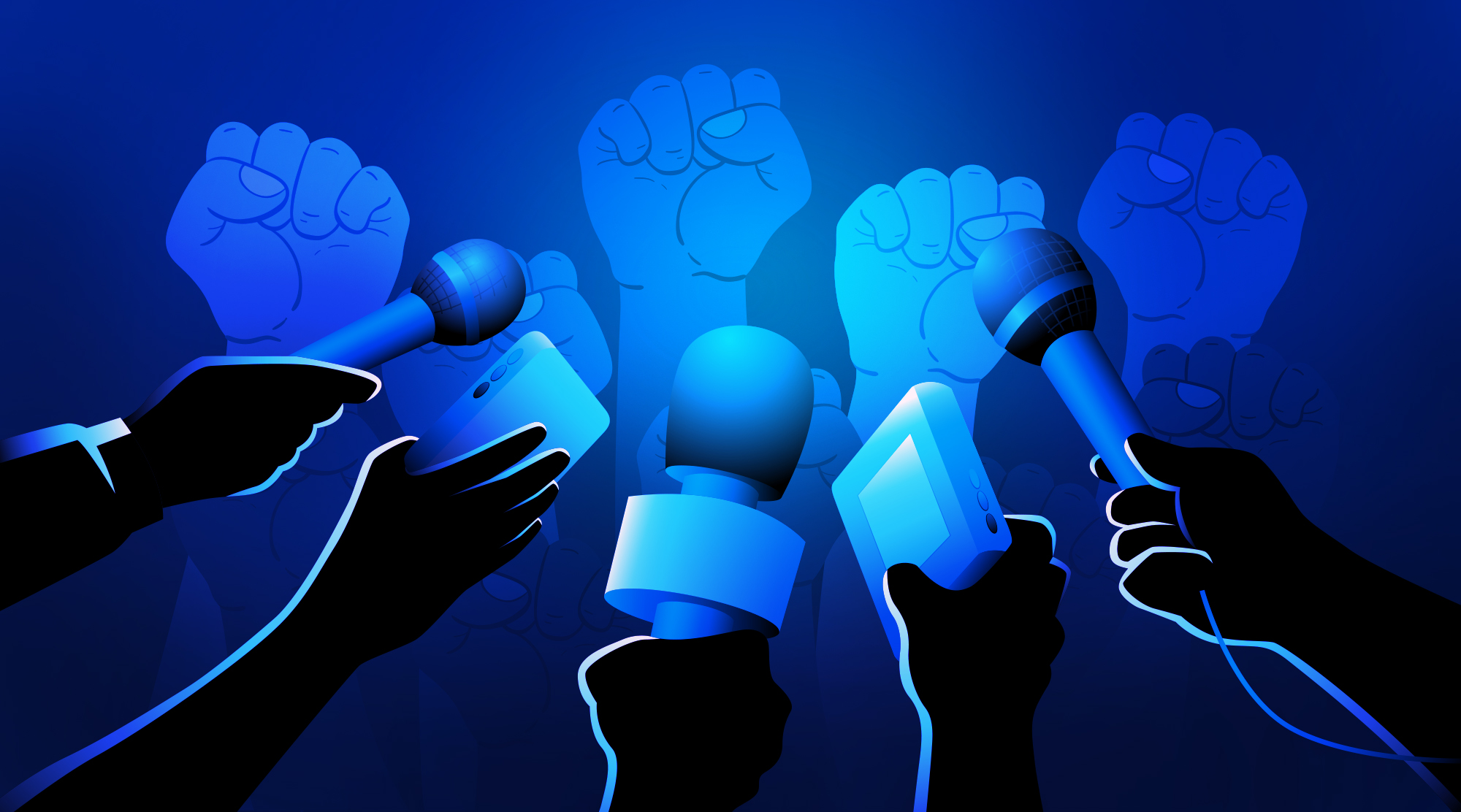 Three Dalit women are raped every 24 hours, three Dalits are killed and at least two Dalit houses are burnt everyday, according to 2016 data from the National Crime Records Bureau. Despite this, for years these cases of Dalit atrocity rarely made the news.

Selective coverage by media outlets ensure that just a handful of cases remain etched in our collective memory — the alleged gang rape of a Dalit woman by four Thakur men in Hathras in September, and the 2006 Khairlanji massacre in which four members of a Dalit family were assaulted and murdered are perhaps the most recognisable examples. In truth, we don’t even know how many Priyankas, Surekhas and Manishas are raped or killed every single day; many cases will not even be officially registered.

As caste hatred remains the primary reason in such cases, these instances should not be dismissed as a natural occurrence or simply filed away with other crimes. The treatment of the Dalit people, Dalit women in particular, is a sustained and ongoing atrocity. It is essential for the media to understand the difference.

Journalists must wean themselves from their caste privileged comfort zone to the Dalit basties (localities), mahar-mang wadas (community-based settlements), cheriss (Dalit colonies), or whatever other terms are used to segregate society. Bearing witness to the severity of these atrocities is the first stage towards justice.

How are Indian media failing?

Indian media outlets are dominated by the so-called upper caste and media organisations have failed to diversify their newsroom and news coverage, an Oxfam India report in collaboration with Newslaundry found. “There is no democracy without diversity. For democracy to thrive, journalism must thrive and for journalism to thrive, diversity must be robust,” said Newslaundry’s CEO Abhinandan Sekri during the launch of the report.

But of the 121 newsroom leadership positions across media organizations studied by Oxfam, 106 were occupied by journalists from the upper caste — none of those were held by Scheduled Castes and Scheduled Tribes.

This upper caste dominance trickles to discussions around caste atrocity in the media as well, with just 5.6 percent of panelists across the surveyed channels belonging to Scheduled Castes. Caste atrocities tend to come into the spotlight only if Dalit sanghatans (organizations) take to the streets. Until then, it is unlikely that an FIR will be registered, or that the media will independently decide to report a case. This bias within media organizations contributes to the stark lack of acknowledgement of the extent of caste atrocities occurring on a daily basis.

Media denial is so pervasive that when anti-caste activists raise their voice on instances of crime against Dalits, the so-called upper castes refuse to accept it simply because it’s been ignored by the mainstream media. Instead, they blame activists for spreading fake news, hatred, casteism and disturbing the “harmony” of the nation. Why would the news media talk about the brutalities of caste, when the ones sitting in the newsrooms share a caste and ideological relation with the perpetrators?

“We should work on strategies that will bring more news on Dalit issues into our newsrooms. By doing so, we should bring their travails to light. There can be no second opinion on this,” Jeya Rani, a journalist from within the community says. “But how do we go about it? How many journalists and organizations are pro-reservation? How can we expect private players to grant reservations when government-run media has not done so?”  In fact, I believe we lack the understanding of the concept of reservation altogether. This affirmative action should be taken to the newsrooms. It is imperative that Dalit voices be given access and the opportunity to tell their own stories.

Lately some media outlets have in fact begun to shed some light on Dalit issues, but the coverage remains highly questionable. Headlines invite readers to gawp at the brutality more than they examine the structural problems, we see unmasked pictures of Dalit girls who have been raped, and images of Dalit women’s naked bodies that aren’t even given the dignity of being blurred. These practices are popular because media houses know that this kind of coverage guarantees easy and high TRPs. Likewise, if Indian history is anything to go by, we know Savarnas have always filled their pockets by exploiting the lower caste.

Again and again, Dalit people are denied dignity even after death. It is important to mention the victim's social location if it falls under the scheduled caste and scheduled tribes to establish the nature of the crime as per the Scheduled Castes and Scheduled Tribes (Prevention of Atrocities) Act 1989. But the practice of flashing the victim’s caste in the headline rather than that of the accused helps to obscure the reality of caste based violence.

Instead we should name the ‘proud’ Thakurs or the ‘holy’ Brahmins in big bold headlines, it is important to call them out, shame them for their brutal actions and take away the weight from the shoulders of the already oppressed. Doing so will help to dismantle the harmful concept of ‘caste pride,’ and expose the damage it causes.

The Sushant Singh Rajput case has been followed up on from all possible angles. Contrast this with the case of 26 year old research scholar Rohith Vemula’s institutional murder by upper caste Hindus.

The usual pattern is some primary reporting on a Dalit atrocity, then perhaps an effort to keep track of what high profile politicians have to say or tweet about the case. Most often, media fail to conduct a proper follow up, investigating what has happened to the victim or their family in the crime’s aftermath.

For example, in Arvind Bansode’s Murder case in July this year, there were no follow up stories beyond the primary reportage. When I did follow up, I found that the accused, who belonged to an upper caste, had threatened the whole Dalit basti with dire consequences if they did not take back their complaint. Again, it’s important to emphasize that the media's work is not just to report on a crime, but also to spread awareness on the issue of caste that can stop further crimes from happening.

Reporting in the wrong direction

In January 2018’s Bhima Koregaon incident and the following protests; sections of the media that are pro-government highlighted the protests of January 2 and 3 more than the attack on Dalits on January 1.

To date, none of the media has reported on the combing operations and beatings of many Ambedkarite youth who have no background of criminality, activism or political activity. No media reported on how the future of innocent Ambedkarite youth was ruined when the police arrested them from their homes and hostels. No media reported on children’s heads being smashed by police in front of their homes. I am able to write about this as I have witnessed these incidents, recording it on my phone and using social media to circulate their testimonies.

It is imperative that news media give Dalit people justice, through both in dignity in reporting and fair representation on an institutional basis. Not only do we need a diversified newsroom and unbiased reporting, but upper caste journalists’ attitudes need an urgent update. Our communities deserve better.

Mayura Choudhari is a Mumbai-based journalist. She is the co-founder of independent media platform The Colourboard. Mayura is an alumnus of the Tata Institute of Social Sciences, and has worked as an associate editor at Awaaz India TV. She writes on issues concerning caste, gender and Buddhism.

It’s now commonplace to see vertical videos on the news, but this isn't because of lazy cameramen. In 2013 There were over 4.3 Billion camera phones on the planet alone, allowing any one of their owners to instantaneously become photographers,...

LinkedIn for Babies: How Should We Feel About Childcare Apps?

My son, at the age of almost two, has recently threatened to sleep through the night. For the first year-and-a-bit of his life, he was an apocalyptically terrible sleeper, progressing at exhausting increments from “needing to be held constantly so...