New Naming System Just Dropped: What Took WHO So Long? 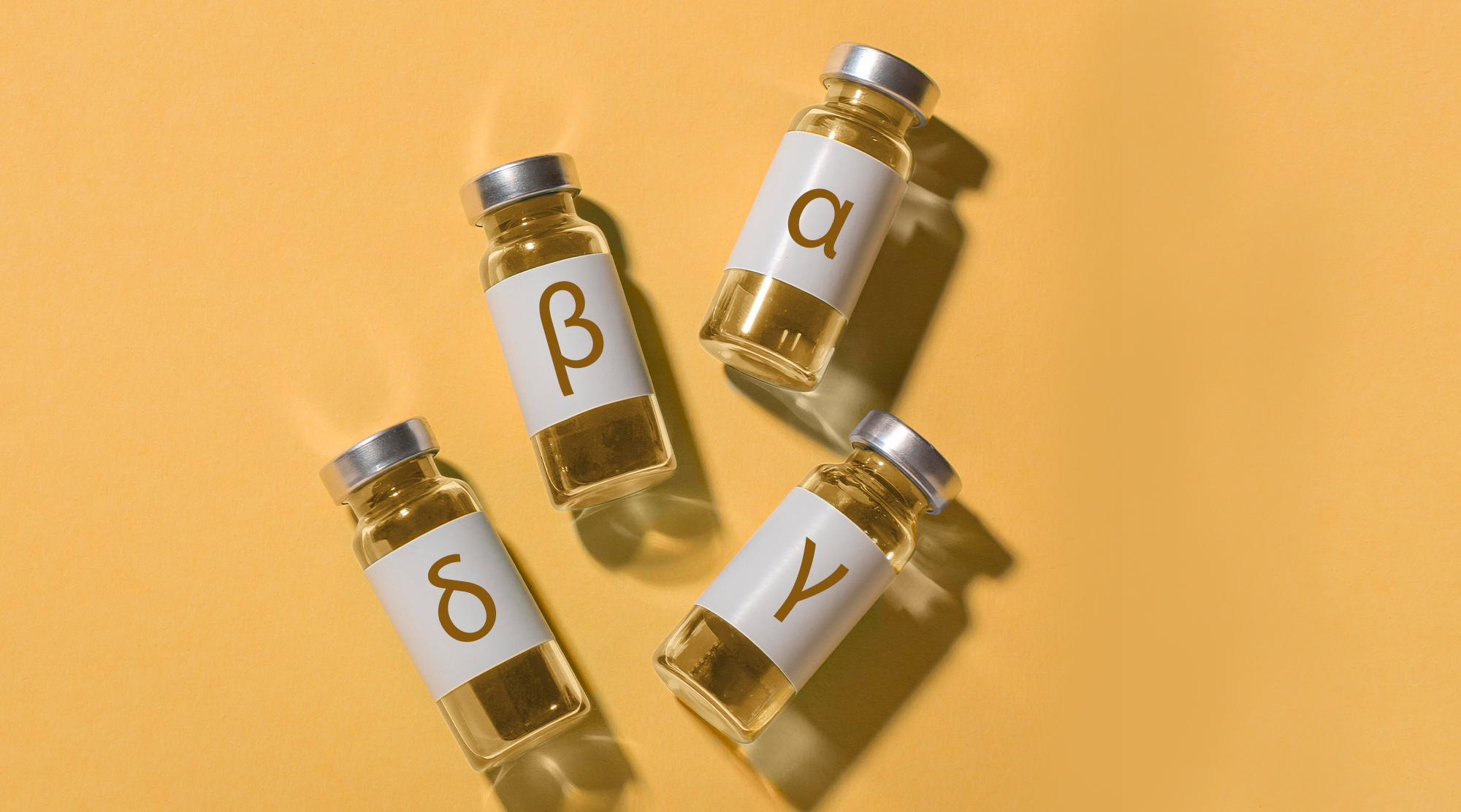 On May 18, a Telegram channel with more than 17,000 members discussed plans to go to Heathrow and protest the arrival of a plane from India.

There was no news from Heathrow that day. It’s unclear whether the Met intervened and stopped this before it became something larger, or whether simply not enough people showed up to cause problems.

The reason for this intervention was of course fears based around the variant B.1.617.2, currently wreaking havoc in India. Developing science, as well as rumors that it could be resistant to vaccines, made it a variant of concern.

But that’s not the only reason why Telegram users would want to go to an airport and protest a plane landing. B.1.617.2 has long been identified as “the India variant.”

On May 31, the WHO announced that all of the variants of concern were being renamed after Greek letters. The strains first identified in the UK, South Africa, Brazil and India are now the Alpha, Beta, Gamma, and Delta strains. Dr. Maria Van Kerkhove, an epidemiologist for WHO, made the reasoning plain:  “No country should be stigmatized for detecting and reporting variants.”

The BBC, the Guardian, the AP, and other international media sources have been referring to variants based on where they’re from as they get identified. Even the UK government in their surge track-and-trace programs referred to variants by the place of origin. WHO and CDC had recommended against identifying strains this way, but it’s often a lot simpler to say the name of a country rather than an unmemorable string of letters and numbers.

The obvious problem was that it created an easy hook for discriminatory abuse. “China Virus,” “Wuhan Flu” and other more racist formulations became quite popular among sinophobes, or anyone trying to stir up conflict with China for political gain.

Close up of President @realDonaldTrump notes is seen where he crossed out "Corona" and replaced it with "Chinese" Virus as he speaks with his coronavirus task force today at the White House. #trump #trumpnotes pic.twitter.com/kVw9yrPPeJ

A poll from Pew found that since the start of the pandemic, 39% of all Asian-American adults reported that someone had acted uncomfortable around them due to their race, 31% had been subjected to slurs or jokes, and 26% were in a situation that made them fear a violent attack. Stop AAPI Hate, which was established in March 2020, received 6,603 reports of hate incidents over the last year. Many of the anonymous accounts show how disease is being used as precedent for racist abuse:

My mother was ordering food at a [restaurant] when a man tried to hit her in the face. She was able to avoid him, but he yelled a bunch of slurs — “Go back to China!” and “Corona!” — at her before he ran out. (Northridge, CA)

While shopping at a local grocery, [I walked] pasta gentleman who said, "Chinese Motherf***er." I continued shopping, then ran into him again in another aisle, when he said the same slur. I told him I am not from there and never been to China, and he said, "Doesn't matter — you are all the same and you are a virus." (Gilbert, AZ)

“After COVID cases were announced...my kids told me that they have been getting picked on for being Asian at school. Students would comment out loud that my kids had the coronavirus and that everyone should stay away from them. It continued until schools were officially closed. When we would go out, we were knowingly shunned where parents would pull their kids away from us if they got close.” (The Woodlands, TX)

Manjusha Kulkarni, co-founder of the anti-racist organization, told India-West that “the language and verbiage that’s being used creates racial animus against individuals. Viruses are part of the human condition. No ethnic group should ever be held responsible.” Kulkarni said she “wouldn’t be surprised” if the term “India variant” might have the same effect in the US.

A number of editorials have appeared making this exact point -- in Forbes, in Al Jazeera, the Toronto Star. In India, the IT ministry recognized the effect of the bad press, and recently instructed social media companies to remove any posts using the terms “India variant.” An opposition politician was even arrested for making the observation.

So why did it take WHO so long to introduce something better?

The science of communication, and vice versa

First, for a long time nobody really minded having a more technical numbering system, as until the news became dominated by viral biology, only a few experts in a field would need to be able to identify a pathogen by its number. Dr. John Lees, who works on genomic epidemiology at Imperial College London, explained that there was no need to have such a system in place.

The naming system was designed based on evolutionary biologists’ needs, not based on thinking there'll be much press attention. No one's cared about it before.

“Overall, it's quite unusual for us as scientists to get so much scrutiny,” he said. “We've had naming conventions of other variants in other pathogens for a long time, and it's something that's quite boring and will sometimes come up at conferences. The naming system, from the start, was designed based on evolutionary biologists’ needs, not designed based on thinking there'll be much press attention. No one's cared about it before.”

Problem two: we are dealing with a living, changing organism.

The system of nomenclature where we get labels like B.1.1.7 is called the Pango scheme, and it categorizes viral diversity into lineages. Viruses grow and evolve so quickly that it’s more logical, from a genetic standpoint, to identify them by their family ancestry. Everything in the B.1.1.7 might share some great-great-etc-grandparents and share a specific cluster of mutations, but not everything that’s in B.1.1.7 has exactly the same genetic code. And what’s more, the children of those viruses might mutate in different directions, losing some of the identifiable bits of DNA.

“Even when it’s treading water through a population, the virus is acquiring a couple of new mutations a month,” said Dr. Bede Constantinides, a postdoctoral researcher in Computational Biology at Oxford.

“So take B.1.1.7  – it suddenly appeared, and it had acquired a lot of different mutations that hadn't individually been seen,” he said. “So it's kind of out there on a long branch – that's the term – it's on the long branch of the tree, quite separated evolutionarily from lots of others. It's useful to be able to have a name for that long branch of sequences that are all quite similar, but – after how many mutations do you call it something different? It’s inherently inexact.”

It's far more likely for new variants to be discovered and sequenced in places like the UK, India, Brazil, and South Africa, even though those strains just as easily could have come from anywhere else.

The decision, Constantinides said, is done by scientifically-informed fiat.

“This is all basically decided by a committee called the Pango Network [at Oxford and Edinburgh]. They're constantly updating this bit of software called Pangolin that uses an algorithm to split the tree into these chunks. And quite often it changes. So what we now call B.1.1.7 may well have a different name in the future, as this lineage expands across the globe and acquires even more mutations.”

The third problem is a category error: the countries that identify new variants aren’t necessarily petri dishes -- rather, they’re simply the countries that have enough biotech capacity to sequence genomes fast. That makes it far more likely that new variants would be discovered and sequenced in places like the UK, India, Brazil, and South Africa, even though those strains just as easily could have come from anywhere else.

“The UK was doing more sequencing of coronavirus variants than the rest of the world combined until quite a long way through last year. About half of the genomes online were from the UK,” Dr. Constantinides said.

All these three problems tie into an issue that’s been at the heart of the pandemic since its beginning: how an emerging science gets communicated to the public. Dr. Lees noted that before the pandemic, genomic epidemiology was "almost never" communicated to the public. “An emergent feature of the Pango system and other competing ones is that they're probably too complex,” said Dr. Lees. He pointed out that COVID-19 is likely to become endemic, rather than extinct, and so will acquire loads and loads of new variants as time goes on. This could mean, he pointed out, we’ll run out of alphabet.

I'm reading here that WHO proposed to give Greek letter names to SARS-CoV2 variants of concern or of interest https://t.co/QgyNn18uXu . But what will happen when they name the 27th sublineage? alpha-alpha? I don't see this system being used by scientist nor by journalists

Dr. Lees overall praised the system, however. “It seems very sensible. It might have been useful to have a bit sooner, but I don't blame them for not having a system at the ready, as at the time, and up until recently, the Pango system has done the job.”

Pango is a new system -- it was only established back in August -- and so it wasn’t certain whether the notation would stick. But only a few days ago, researchers at Oxford and Edinburgh announced they’d made a website to maintain and explain the Pango system, and to facilitate collaboration between scientists, public health professionals, journalists, and anyone else trying to communicate this stuff to the public. That suggests the turnaround at WHO was not well coordinated with other professionals.

It remains likely that news media and politicians will continue to rely on shorthands like “the UK variant,” as those names are already in circulation, while people acclimate to the new Greek names.

Both of the scientists I spoke to, even while stressing that they’d never use geographical identifiers when speaking to the public, both told me they had used them in casual conversation. It’s clear this change was desperately needed, now it just needs to catch on.

On June 14, when news broke that Sushant Singh Rajput had died, allegedly by suicide, social media was rife with speculations about the ‘mystery’ of his death. In a country where public awareness about mental health problems remains sketchy at best,...

Double Check: Why Does The Most Vaccinated Country Still Have COVID?

In the first week of May, stories about the rising number of cases in Seychelles — one of the world’s most vaccinated countries — started surfacing.