Media Literacy Is Not a Silver Bullet 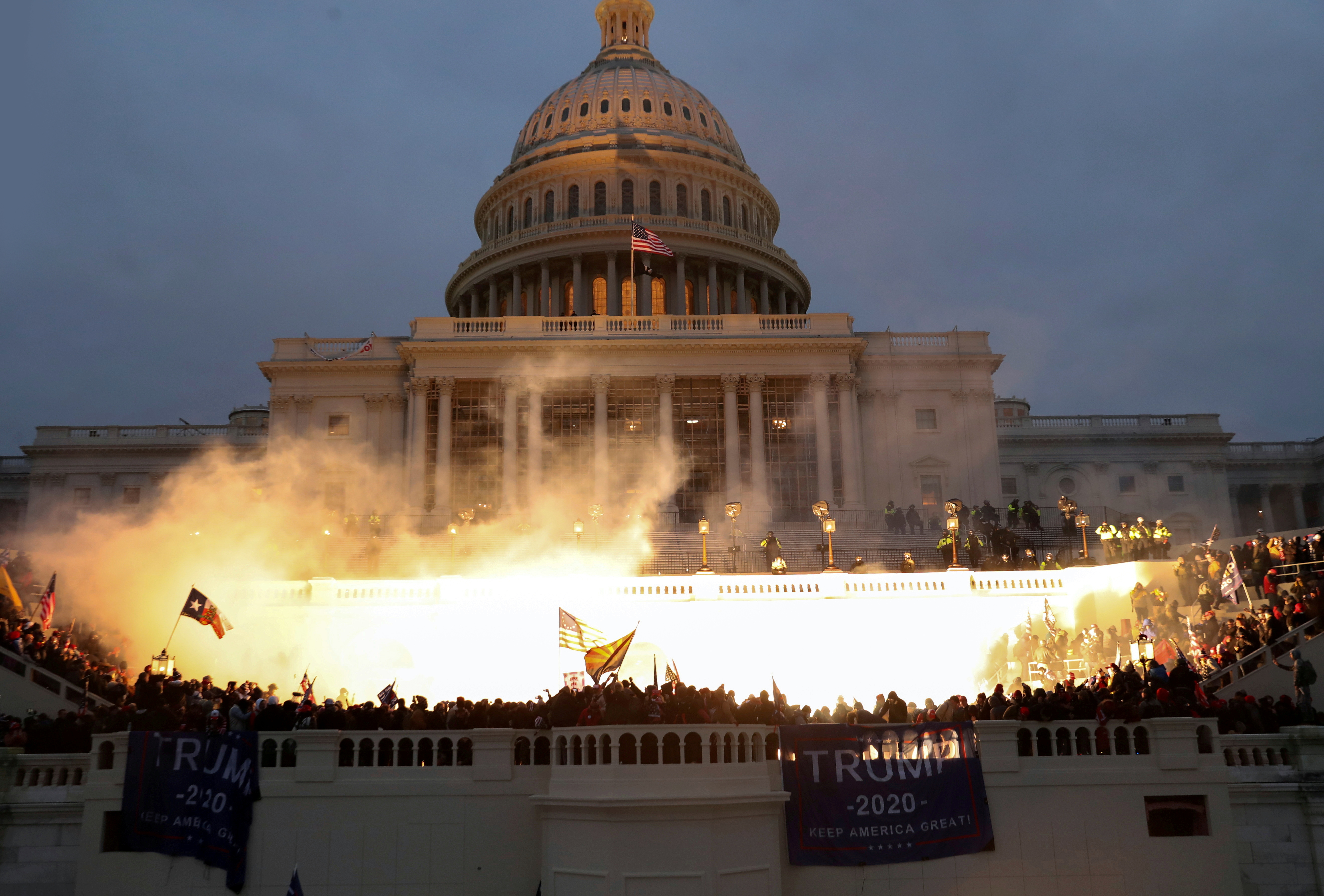 Could media literacy have stopped the January 6th insurrection? If the American public had been better at checking their sources, at not sharing before they read, or at being more sceptical of what they see on their social media feeds, could that have made the difference?

Events at the Capitol pushed media literacy high up the agenda. The attack on the literal and metaphorical centre of American politics was, many argued, the logical endpoint of a rotten media and information ecosystem. It was also evidence that citizens are ill-equipped to deal with its diversity and complexity.

“The institutions and norms on which our political system depends are in peril, unless the country commits to healthier information consumption — and far more media literacy education” argued one Forbes contributor. In Education Week, meanwhile, Allyson Klein explored some of the different ways educators used the event to teach students about issues such as fake news and the politics of social media. “Students should consider: What role do you think social media played in this insurrection? Do you think social media platforms could have done a better job of keeping on top of the threat before it exploded?”

It’s hard to disagree with the suggestion that we need “far more media literacy education” and it’s undoubtedly important to encourage young people to think about the way social media shapes their world. But hoping that media literacy alone is a silver bullet to deal with the complex social and politically inflected ecosystem of disinformation is a strategy doomed to fail. Media literacy matters, but we need to be far more aware of its limitations. Without this awareness, we put ourselves in danger of introducing new blindspots in the way we read and understand the world around us.

This isn’t a novel argument. Back in 2017, in a piece for Data and Society’s publication, danah boyd asked ‘Did media literacy backfire?’ In it, boyd argues that calls for media literacy programs and a renewed emphasis on ‘fact-checking’ are likely to falter because they “fail to take into consideration the cultural context of information consumption that we’ve created over the last thirty years.”

What are the limitations of the concept of media literacy?

According to Francesca Tripodi, a sociologist and media scholar at University of North Carolina at Chapel Hill, there are two key shortcomings with current media literacy programmes: “Current strategies do not take into consideration the existing media practices of various audiences,” she told me. Although media literacy typically “encourages us to look at the credibility of the source, potential funding biases, and recognize a producer’s point of view... many who trust problematic content (e.g. conspiracies) agree with the source and believe them to be credible.”

‘Facts’ can be weaponized

Tripodi makes the point that distrust and scepticism of media sources, one of the central pillars of much current media literacy education, is actually something that has long been advocated by misinformation-prone conservative media. “Many with[in] the right wing media ecosystem came to power by calling on audiences to engage in ‘media literacy’ and distrust journalists. In an interesting way, conservative media was among the first producers to stress to audiences not to trust what they hear and to “dig deeper” to find the facts themselves.”

So, although fact checking is often heralded as one of the ways we can ‘fix journalism’, it’s vital that we remain alert to the way the concept can be redeployed as a tool of manipulation. Even investigating the economic interests behind media and information sources can have unforeseen consequences. “Watch what happens when [students] are given a list of names of major power players in the East Coast news media whose names are all clearly Jewish. danah boyd writes. “Welcome to an opening for anti-Semitic ideology.”

The weaponization of facts and fact-checking is often done in plain sight. Think back to the leaders debate prior to the  2019 UK General Election, when the CCHQ Twitter account changed its name to FactCheckUK. While this caused consternation across those on the liberal and left side of politics, to the wider public it only further plants distrust, making populist rhetoric more resonant.

If we’re urged - whether by progressive-minded media literacy advocates or right wing shock jocks - to do our own research, we typically rely on the same thing: (Google) internet search.

This is dangerous because we’ve been trained to think of search as something organic and natural; a kind of shared space of information. Except this is far from the case. As Dr. Elinor Carmi explains in an article for Real-Life, much of what we experience as ‘organic’ is well engineered. “Both human and nonhuman filtering mechanisms orchestrate our experience to make it feel as if it were ‘natural’ and smoothly functioning.”

It’s vital to be mindful of an ecosystem of information that is not only misleading, but also wilfully harmful and hateful

The dangers that search poses are perhaps best demonstrated in Marjorie Taylor Greene’s now infamous defense when challenged for the promotion of conspiracy theories. In front of the House of Representatives in January, she said: “I started looking up things on the internet - asking questions like most people do every day. Use Google.”

This illustrates something that Tripodi has found in her own research. “it provides a step by step of what I saw as well. People not trusting the news... then going to search... and trying to do the research themselves.” This isn’t to say that it isn’t possible to do good amateur research yourself. Organizations like Tactical Tech have great resources to help even the most inexperienced researchers conduct what’s called ‘open source’ investigations. But it does mean that it’s vital to be mindful of an ecosystem of information that is not only misleading, but also wilfully harmful and hateful.

Thinking, then, about how search engines are part of an information ecosystem alongside social media platforms, rather than a more ‘objective’ one outside of them, holds more promise for truly addressing how misinformation actually works than woolly recommendations of media literacy ever could.

One of the core problems with prevalent notions of media literacy is that it flattens media consumption into a simple relationship between the individual and the big wide media world. To be literate, there is a checklist of things you need to do: adopt a healthy scepticism, be prepared to do some research, check your sources, check your facts, and keep well informed.

Except this doesn’t really work: none of us are atomized media consumers. We’re all part of different communities, each with our own blindspots and biases, our own priorities and values.

Tripodi’s research has thrown a light on this precise point. Early in the Trump presidency she observed groups of Republican Christians as they found a way to integrate Trump’s rhetoric (and, indeed, his public image), into their own world view.  These groups use what she describes in a piece written in 2018 “a postmodern method of unpacking a text.”

“Conservatives like these do not turn to media to be told what to think about Trump. They know what he stands for because they listen to or read his speeches directly, relying on their own interpretation and application of his ideas,” Tripodi writes. The important point here, which is implicit in Tripodi’s work, is that this interpretative work is rooted in community based ideas and assumptions, which would also shape any media literacy strategies adopted by that community.

boyd puts forward a compelling explanation for how this all came about. The decline of things like local media and journalism, even community doctors, she argues, have created a kind of democratic deficit where shared interpretive practices become a necessary part of media consumption.

How can we solve these problems?

We can’t really properly consider what’s required from media literacy without thinking about this democratic deficit. And we can’t really provide a solution without acknowledging the ways that diverse epistemologies inform the way we interpret and understand media.

This isn’t an easy task, but one of the ways we could manage it is by placing more focus on the construction and organization of what are typically seen as public spaces, such as search.

In a sense, this requires us to think beyond the task of simply interrogating sources.

One way we can do this is, Tripodi suggests, by focusing more on “how we see the world drives the kinds of queries we enter.” This immediately changes media literacy from being something where we are simply conscious and well-informed consumers (as if we are just buying fair trade coffee), to something which we specifically play a part in. “A great example of this is [to] take a look at the different returns when searching “illegal aliens” vs. “undocumented workers” - both are rooted in one’s concept of immigration... but the top returns couldn’t be more different (Cato Institute vs. American Progress Org).

In a sense, what we’d be doing is shifting the perspective away from the media as an external producer, and instead as something that is deeply participatory and necessarily communal.

This only gets us so far, however. If we’re to properly reckon with the role that diverse epistemologies and values play in media interpretation (and even creation), we need to be able to acknowledge how media literacy intersects with things like religion, ethnicity, nationality, and gender.

True, this is something that should already be happening. But this can easily be lost when we treat media literacy as not just a gold standard of well-informed consumption, but a universally achievable one. Instead we need to stop seeing ourselves as isolated and passive consumers, and instead as active participants in a media ecosystem where competing values and ideologies are a necessary component in properly building up a picture of what is true, what is false, what is information, and what is misinformation.

Richard Gall is a writer interested in the intersection of technology, society, and politics. You can read more of his writing on his blog The Cookie and follow him on Twitter @richggall. He is also the co-host of What We Talk About When We Talk About Tech, a podcast about tech storytelling.

Recently, there has been a lot of excitement surrounding the development of Non-Fungible Tokens or NFTs. An NFT is like a bitcoin, except that it represents something unique. While the cryptographic information associated with a bitcoin only...