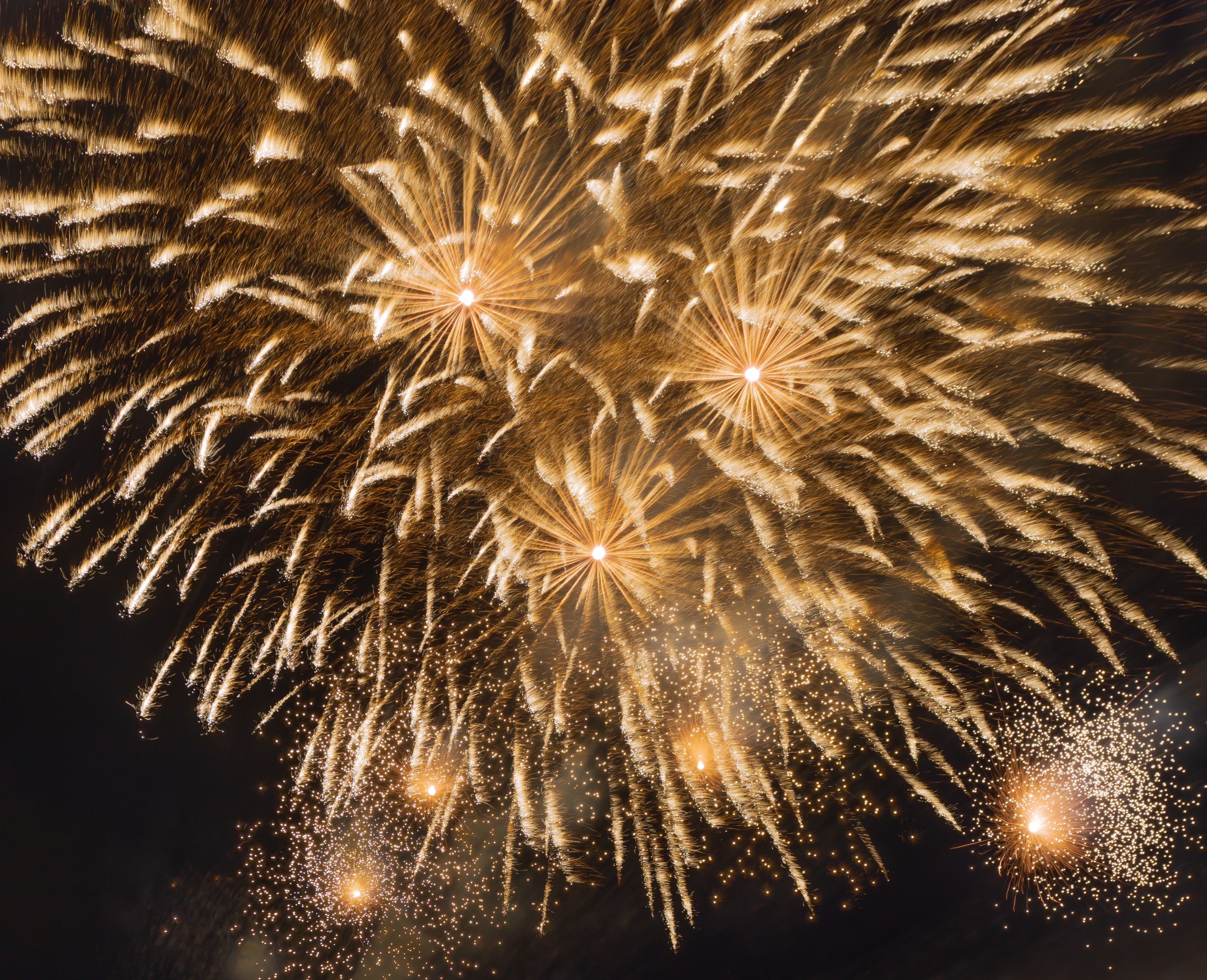 At Logically we aim to understand information problems. This all falls under the umbrella of "misinformation," but what is misinformation? Is it a state-run troll farm discrediting the opposition with falsehoods? A social media harassment campaign? Influencers who spread vaccine hesitancy? Conspiracy communities trading propaganda on Telegram? Media criticism? Academic or legal institutions perpetuating old inaccurate stereotypes? A way for Big Tech to justify censorship? All of these things? None of them?

Here, we’ve compiled some of the best journalism from Logically’s writers and reporters over the last year, and we hope it shows some of the ways we answered that question in 2021. While QAnon and anti-vax activism of course were some of the biggest stories over the year, we also covered politics in the U.S., U.K., and India, climate change misinformation, and how social media affects both the true crime and horror fiction genres.

Climate Change Misinformation in the Age of COVID-19

In this first-of-its-kind report, we partnered with APCO Worldwide to find out how the pandemic had affected discussion about climate change, and how and where climate misinformation appears online. We looked at millions of data points scraped from social media, using both our in-house AI tools and our expert researchers’ knowledge. The findings were surprising: while there were a few top-down drivers of outright climate misinformation (mostly politicians), we found little evidence for a grassroots movement. We did, however, find ample evidence of grassroots movements willing to entertain climate misinformation to support other conspiratorial beliefs.

Click here to read the report from Logically's editorial team.

Was India’s Covaxin Tested on Victims of the Bhopal Gas Tragedy?

The 1984 Bhopal Gas Tragedy was an explosion at an insecticide plant in Madhya Pradesh, that leaked a cloud of methyl isocyanate to the surrounding villages. At least 15,000 people died, and 600,000 more were injured or affected. A Twitter thread in January highlighted that some of those affected by the tragedy were being unethically targeted in India’s Covaxin trials to combat COVID-19. Ilma Hasan investigated and found that Covaxin’s phase three trials in Bhopal broke multiple rules, not just while recruiting participants, but also in the care afforded to them following the dose being administered. Hasan interviewed one of the participants about his experience and asked bioethics experts about how the power differential in the health research space can create opportunities to exploit vulnerable people.

Click here to read this Double Check from Ilma Hasan.

How effective are Reddit detectives? Devika Khandelwal watched a true-crime special on Netflix called Crime Scene: The Vanishing at the Cecil Hotel, and reported on how the dead-ends and contextually-stripped information fuelled a conspiracy craze on message boards. This expanded into a wider conversation about how OSINT– open-source investigation using online clues – can and should be practiced. Khandelwal asked a number of OSINT professionals to weigh in on how even speculating about pop culture phenomena, if done en masse and irresponsibly, can cause real-world harm.

Click here to read this feature from Devika Khandelwal.

A Tale of Two Takedowns

In the U.S., when protesters stormed the Capitol on January 6, Twitter reacted by taking down numerous accounts affiliated with the riot, including that of former President Trump. In India, when farmers stormed the Red Fort, the government ordered Twitter to suspend hundreds of accounts, but Twitter exercised discretion. Ishaana Aiyanna looked at how different laws, politics, and concepts of “free speech” around the world affect how Big Tech moderates its own platforms unequally, and how the business interests of social media companies often conflict with their stated goals of apolitical spaces for free communication.

Click here to read this feature from Ishaana Aiyanna.

Scientists vs. Science: Interviews with Mike Yeadon and Robert Malone

Scientists and experts have told us for two years now that COVID-19 is a dangerous virus, and COVID-19 vaccines are safe and effective. The anti-COVID-vax community claims these experts are lying, or are being manipulated by powerful conspiracies – but they’re happy to seize upon the advice of other “experts” who claim the opposite. There’s no shortage of doctors and scientists who parlay their genuine careers into anti-vax stardom, using their pedigree to prop up bad science. Robert Malone, a scientist-policymaker who’s helped build vaccination programs in the developing world, and Mike Yeadon, a former Pfizer department head who made asthma medications, were two such figures. Ernie Piper interviewed them, and tried to understand how the anti-COVID-vax movement uses anti-science scientists.

Click here to read this feature from Ernie Piper.

If someone says they have a disability online, and someone else says that they’re faking, how can a fact checker approach that claim? Especially if that fact checker has the same disability? Alice Franklin’s essay exposes the casual cruelty of the “disability police” who lurk on social media. She dissects the unspoken assumptions beneath truth-claims that seem innocuous, and draws the line of where objectivity cannot and should not tread.

Click here to read this feature from Alice Franklin.

After Q stopped posting in December 2019, the conspiracist’s mantle was taken up by a number of influencers all hoping to win over the QAnon community. The largest and arguably most influential of these was GhostEzra, who ran a Telegram channel of over 300k members. While QAnon has employed antisemitic tropes since its inception, GhostEzra made the hatred much more explicit, sharing neo-nazi propaganda and providing a forum for his followers to discuss it. In part of our work mitigating these threats, Logically’s investigations team used OSINT clues posted by GhostEzra himself on his own channel to identify the anonymous man behind the account: Robert Smart of Boca Raton, FL.

In the last weeks of 2021, U.K. Parliament was set to vote on new COVID-19 restrictions due to Omicron fears. The Spectator’s COVID data tracker, unlike most other publications in Britain, charted the infections, deaths, and hospitalizations against various worst-case scenario modeling data from SAGE, the government body responsible for estimating the impact of the pandemic. Although this data was never meant to predict anything, The Spectator’s graphs created the misleading impression that lockdowns were based on erroneous doomsaying predictions that never came true. MP Steve Baker, part of the anti-lockdown Covid Recovery Group, used the graphs to claim exactly that, and advocated for lower restrictions as a result. Rachel Muller-Heyndyk picked through the data and showed how a misleading framing can trickle through to politics.

Click here to read this Double Check from Rachel Muller-Heyndyk.

How Disinformation Is A New Kind Of Horror Fiction

Why should we believe things we read on the internet? Horror as a genre has always played with the boundaries between truth and fiction as a way of drawing readers in – think The Blair Witch Project. Online, a type of fiction called Creepypasta appears on message boards or comment sections, spaces where otherwise you might think people are being sincere. Joe Ondrak compares that genre to conspiracy narratives, and examines how the architecture of the internet creates opportunities for a new form of disinformation: fictions that the reader desires to be true.

Click here to read this feature from Joe Ondrak.

How Women In Rural India Are Learning To Fight Misinformation

Access to good quality information in rural India is gendered. Sometimes, there's only one mobile phone in the family, and the man in the family is the only person allowed to hang onto it. This can create situations where women don't know how to protect their families from COVID-19 misinformation. Priyam Nakak spoke to several organizations who are training women to identify misinformation, and using trusted community channels to help combat vaccine hesitancy.

Click here to read this feature from Priyam Nayak.

On September 29, at nine p.m. Eastern Daylight Time, Logically’s fact checkers sat at their respective desks, their drinks of choice at their side and ninety minutes of quiet focus stretching before them. The evening was an auspicious one: the team...