LinkedIn for Babies: How Should We Feel About Childcare Apps? 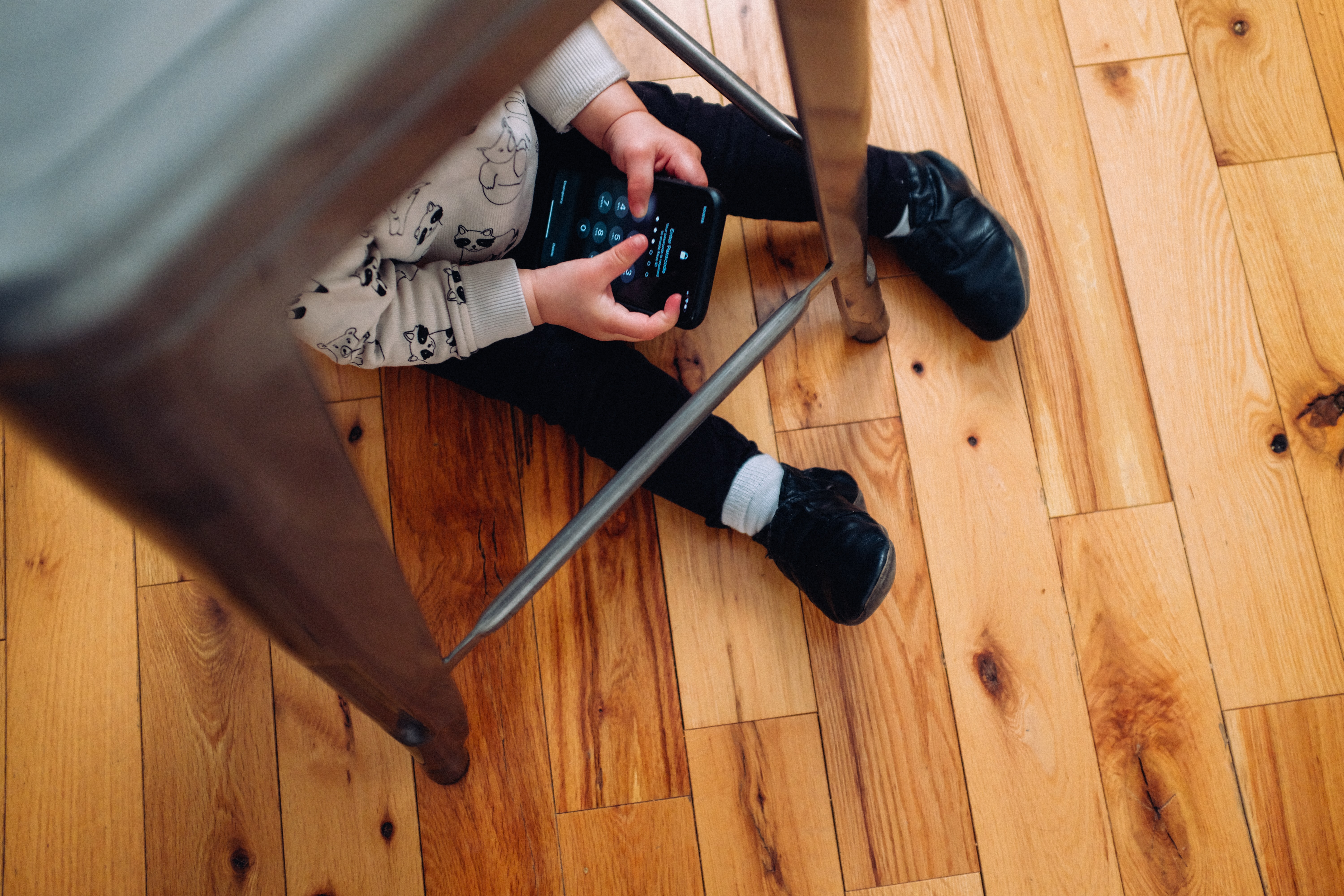 My son, at the age of almost two, has recently threatened to sleep through the night. For the first year-and-a-bit of his life, he was an apocalyptically terrible sleeper, progressing at exhausting increments from “needing to be held constantly so as not to wake up” to “waking up about once every hour during the night.” We spent a lot of our time trying to figure out how on earth we were going to manage his sleep – eventually, my partner decided to take up pretty much permanent night-time residence in his room, sharing a mattress with him from the first wake-up on. But now – very gradually but also very definitely – he’s getting better. Since he’s dropped his last nap, he can now last almost eight hours from when we first put him down at around 7:30, only beginning to stir with the first cracks of early morning light.

And of course, I hate this. Of course, I find this almost impossible to handle. Of course, I feel compelled to constantly check on him. Because naturally, I am unable to accept that he might simply be getting better at settling himself back to sleep. Of course, with my son still and silent in his room on his own, his breathing too shallow to be detected by the baby monitor, if I ever happen to wake up in the night I am unable to get back to sleep myself, tossing and turning, convinced that he’s dead.

Obviously, this is a deeply unhelpful response, to what is essentially the phenomenon of my son “deciding to no longer be quite so awful.” But I would maintain that it is nevertheless quite understandable. Because when else, after all, am I qualitatively “away” from my son?

Most weekdays, like many young children, my son attends daycare (so that his mother and I can work and not have to read The Gruffalo over and over again). And, like many daycares, in this infinitely technologically mediated world of ours, my son’s daycare uses a special childcare app. The app my son’s daycare uses is called Famly – there are others on the market with names like Tapestry, Parentzone, and EY Log.

All these apps do similar things. In part, they function as closed social media groups: the staff can use them to update parents on things like COVID regulations, changes to the menu at lunchtime, or to tell them that they need to get a bottle of sunscreen to keep at the daycare now that summer has started in earnest.

The app is effectively a digital report card, an endorsement of his skills – LinkedIn for babies.

But they also facilitate direct communication with caregivers about specific children. On the app, I am able to access regular updates about meals, about naps, about bowel movements – if my son ever gets into an accident, or if he’s somehow managed to take off his diaper and wet himself, I am notified via the app. I use the app to tell the daycare when I’m going to be picking my son up – which means he’s always basically ready to greet me at the door when I get there. Every now and then, I am sent what is called a Wow Moment, which is basically a picture of my son plus a description of some developmental milestone he has recently demonstrated (usually a few weeks after he’s done it at home, but you know), alongside some information comparing his development to where he somehow “should” be at the moment. The app is effectively a digital report card, an endorsement of his skills – LinkedIn for babies.

In this sense, going to daycare differs little from basically any other aspect of conceiving, gestating, and/or raising a child: it is becoming increasingly app-ified. When you’re trying for a baby, you can use an app to track ovulation cycles; once you’ve managed to conceive, you can use a pregnancy app to receive regular updates telling you things like “your baby is now the size of an avocado” or log that you’re doing the right things for baby’s health. Once the baby is here, you can use an app to keep track of their sleep, or make sure you’re feeding them correctly. I was once told the story of a couple who both had a breastfeeding app installed on their phones – the dad would get out of meetings to find notifications snitching on his partner for not having fed the baby properly, since she’d failed to log the feeds yet at her end.

These pregnancy apps have their own well-documented problems; one popular app, Ovia, was found to be selling users’ data to employers. I have no idea if childcare apps might turn out to be doing something similar – presumably, they produce a large enough set of data about the development of young children to be of interest to somebody or other, researching something or other.

But really, my attitude is perfectly, chaddishly chill. In many ways, I really like the childcare app. Because with the childcare app, I can be away from my son, without ever really needing to be away from him. At any point during the day, I can load up the childcare app, and see – albeit at some degree of abstraction – how he’s doing. The app tells me not only what he’s eaten, but how much of it: for months, I thought there were four categories (None, Little, Most, All), but then one day the app told me that he managed to eat All+ toast, and now he seems to eat All+ with increasing regularity. This means he’s somehow contrived to eat more food than he was originally given. Has he stolen it from another child? Has he successfully asked for more? This is a mystery. Nevertheless, whenever this happens, I let out a big cheer, like I’ve just seen him win a point in tennis with an audacious lob. By contrast, if the app tells me my son has started a nap – which is something he’s not supposed to do – I huff and groan like he’s just let in an easy goal. Sometimes, on days when he’s not at daycare – especially if he’s also away from me, like he’s being looked after by his granny – I feel the itch to check the app anyway, to bear witness to the version of him, eating and peeing with assuring regularity, that the app typically logs – which suggests that my dopamine signals have in some sense been realigned, social media-style, to its rhythms.

But of course, my love for the childcare app is not without its misgivings. In a short essay on the app-ification of childhood, from her 2017 book A Woman Is A Woman Until She Is A Mother, Anna Prushinskaya expresses a feeling I find highly relatable: a nebulous suspicion that – however helpful and however fun we might find all these young child-supplementing apps – there is nevertheless something a bit off about our reliance on them.

I do not know the answer to the question of exactly what I’m missing when I mediate our relationship with technology.

“[My son] is only two months old,” Prushinskaya writes, “and I do not know the answer to the question of exactly what I’m missing when I mediate our relationship with technology. It is just that I have a growing sense of something missing, something, perhaps, that springs from the place where nothingness should be.”

The place where nothingness should be. This seems like a perfect way of putting it, to me. Thanks to all the apps, there barely ever needs to be any real space between myself and my child: he is always there, either directly, in person, or indirectly. But then any space at all – as at night-time – is able to become a source of paranoid fear.

Nor is there enough space, I fear, between my child in person, and how my child is presented via things like the childcare app. Among other things, as I’ve noted, the app helps chart developmental milestones – it tells me not only what he’s done, but how what he’s doing relates to what any “normal” child “should” be doing at a roughly similar age. So naturally, you become focused not only on what your child is doing well but also what they seem to be doing badly.

Apps are not the only way that a sense of these milestones helps creep into your understanding of your child – just look up any problem you think you might be experiencing, and you will be told a whole bunch of radically conflicting information about what your child “should” be doing at their present age, often trying to nudge you into fretting enough to hire a specialist – but they are one.

And they are, in a way, a perennial source of worry (and sometimes pride). But then, if I actually compare my son to other actual children I know his own age – they’re all different, they all like to do, and are interested in, at least subtly different things. They all like to navigate the world in their own ways. And they’re all fine. If any of them ever do start struggling with some basic aspect of development to the extent that it becomes a problem, it will be… well, you know, obvious, since it will precisely present a persistent hurdle to their ability to comfortably navigate the world. No one will need some pseudo-objective list of what a “normal” child “should” be doing, in order to figure it out.

I think of Jean-Paul Sartre, who in Being and Nothingness argued that man is the being through whom nothingness comes into the world.

We need to be allowed a certain nothingness. Here I think of Jean-Paul Sartre, who in Being and Nothingness argued that “Man is the being through whom nothingness comes into the world” – the ability to negate what we find in existence, to change it, to not be simply led around by it, was for him an essential component of human freedom.

But it is this nothingness which things like childcare apps, along with a certain quantified mode of thinking that we might associate with them, seem determined to close down. If, as parents, we are to use these apps to help us – and not to hurt our children – then nothing is what we need to make sure to hold on to. Apps can be helpful. But we also need to let our kids just be.