Line of Duty’s Fantasy of Accountability 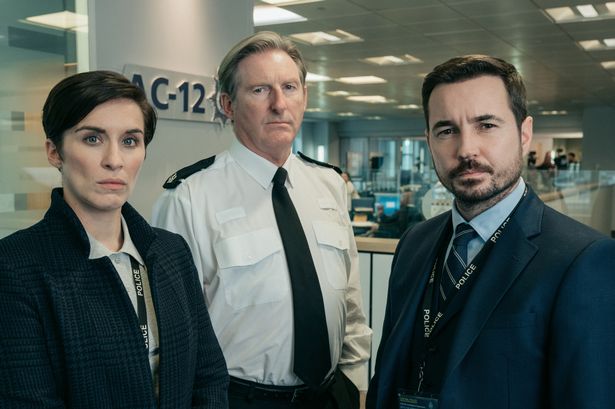 At one point in season six of Line of Duty, which is currently airing on BBC One, Superintendent Ted Hastings – the proud, determined, grouchily folksy Northern Irish head of Anti-Corruption Unit 12 – is called into the office of some of the decadent higher-ups who are trying to undermine his good work.

“Are you trying to embarrass me?” one of the suits howls at Hastings, criticizing the superintendent about a breach of procedure over which he is threatening to bulldoze AC-12’s investigation.

“I am attempting,” Hastings says – looking at once at his bosses, into the camera, and into the soul of the British nation itself – “to uphold standards in public office. Public trust can only be maintained when wrongdoing is held to account.”

“My God,” his superior spits. “You must have been living in a different country the past few years.”

In recent years, Line of Duty has come to assume a position in British popular culture rarely occupied by anything at all these days: a big, populist drama series broadcast on terrestrial television that people actually watch and talk about when it’s just been on. What began in 2012 as a relatively obscure police drama with viewers floating around three million has grown into a bombastic cultural phenomenon, watched by about one-fifth of the population of Britain (over 12 million people per episode) and awkwardly namechecked by both Boris Johnson and Keir Starmer. Legitimate Hollywood stars such as Thandiwe Newton and Kelly Macdonald have been guest-starred, and the central cast and their characters have become household names.

I'm not one of those people who think all things are about Brexit. But maybe – just maybe – this thing is

But why? Why has Line of Duty come to assume this particular position in the British psyche? You might think the reason is simply that the series is just very good. But, to me, this answer feels reductive. Lots of things are very good, and they still never manage to average 12 million viewers an episode. Also, it’s not even clear that Line of Duty is all that good. The first season is a bit campy and wooden, and the fifth and sixth, which have enjoyed the highest viewerships, have often felt a bit weighed down by the labyrinthine knot of twists and turns and double-crossings the drama got itself tangled in between seasons two and four.

Find someone who looks at you like Ted Hastings looks when you quote Section 117 of the Police & Criminal Evidence Act 1984 #LineofDuty pic.twitter.com/o19cF7IRfE

That said, even at its worst the show nevertheless manages to remain compelling – helped along by a magnificent agglomeration of catchphrases and tropes, amid which viewers can always feel at home. Such tropes include Hastings growling that he’s interested in one thing and one thing only: catching bent coppers; said bent coppers being informed that they have the right to be questioned by an officer one rank senior; and the comically drawn-out beeping noise that always precedes the tape-recorded interviews at which such questions are asked.

And if you look at the show’s viewership, it is interesting to note when the tipping point seems to have occurred: the first two seasons averaged just over three million viewers an episode, consolidated across all devices over seven days; then the third, which aired between March and April 2016, averaged around five million, consolidated over 28 days. By the fourth series, however, in 2017, the show had almost doubled its 28-day viewership to around 9 million an episode. Now, what, famously, happened in Britain shortly after April 2016? Obviously, I don’t want to come across as one of those people who think all things are about (or should be somehow made to be about) Brexit. But maybe – just maybe – this thing is.

Line of Duty, after all, is a police show about an anti-corruption task force: it is about the police, but more specifically, it is about the people who police the police. The detectives in it serve to hold power to account. And their role is necessary. Line of Duty paints a far from idealized picture of the police as an institution: riddled with corruption both petty and endemic, with many senior officers operating as the puppets of an organized crime gang. Whenever AC-12 comes under institutional siege, it is never quite clear if the budget cuts or petty HR manager-type bureaucrats who have been imposed upon them (see in particular the wonderfully monstrous DCS Patricia Carmichael, played by Anna Maxwell Martin, a person who could have been a meeting that could have been an email) are the result of some sort of genuine austerity drive, or a cunning ploy to defang Hastings and his disciples by any means necessary.

The show resonates with contemporary anxieties not only about the police (some fans have noted, incidentally, that AC-12 works as a numerological cipher for ACAB), but about the uses and abuses of power in post-crash Britain in general – still more acutely, post-Brexit Britain in the wake of the pandemic. In the world of Line of Duty, the “OCG” whose influence AC-12 is pursuing through the police hierarchy is implicated in, among other things, a barely-fictionalized counterpart to Operation Yewtree (at one point, fictional bent coppers are pictured fraternizing with the all-too-real Jimmy Saville), and in the cover-up surrounding the murder of a black architecture student named Lawrence Christopher (an obvious reference to Stephen Lawrence). In the world of Line of Duty. the mechanisms of power appear to have been designed to reward the bad, to exclude the good; to hush every whiff of scandal up, to thwart any meaningful attempt to hold institutional power to account.

Line of Duty is thus, to this extent, realistic. Its image of institutional power is a highly disenchanted one: this is not a world anyone would speak any West Wing-style platitudes to the enduring noble spirit of. And yet: within all this disenchanted realism, it nevertheless provides viewers with at least two powerful ideals, which together add up to a broader fantasy of a world in which accountability is possible.

Watching Line of Duty, one is able to have faith that someone, somewhere, is striving to make things better on your behalf

The first fantasy is that of H. Starting with season three, AC-12 have focused their attention on a shadowy figure, known only by their codename, who bears ultimate responsibility for OCG involvement in the police force. As yet, no one has successfully identified H – many characters have expressed skepticism that he is anything other than Hastings’ fantasy, and in season five, there was serious suspicion that Hastings was in fact H himself. But the fantasy remains: find H, solve everything. Institutional problems can be reduced to individual ones, making them much easier to solve. Corruption may well be endemic – but it is the sort of endemic that proceeds from one bad apple.

And the second, of course, is that of Hastings himself. Despite everything, in the world of Line of Duty, Ted Hastings and his team will always strive to hold the police to account from within the established networks of power. Hastings panders to the fantasy, prominent in fact throughout the Brexit years (see for instance the idolization of Ken Clarke), of the good authority figure: an individual – again – who is able to heroically rise above institutional problems, and thus act to correct them. Able, resourceful, conscientious unlike all the rest of them; willing to bend the rules sometimes, sure – no pedantic square – but only to better serve the spirit of the good. Given to saying cute folksy things like “now we’re sucking diesel” or “Jesus, Mary and Joseph, and the wee donkey.”

Watching Line of Duty, one is able to have faith that someone, somewhere, is striving to make things better on your behalf. It is difficult for them – they are struggling; this is why everything seems to be going so badly (and sometimes it can be hard, you know – to sustain your faith that they really are who they say they are). But they’re working on it. And one day, they’ll win. Hastings will get H. And everything will finally be all right.

Double Check: Is Everything Cake?

On July 8, the food site Tasty posted a 3 minute and 55 second video with the caption “These Are All Cakes,” showing a knife cutting into several different unnervingly realistic objects and revealing them to be made, in fact, of cake.

A meme on Irish twitter has offered users a glimpse of a possible future in which a key fixture of Dublin’s public transport system, the Luas, is free.