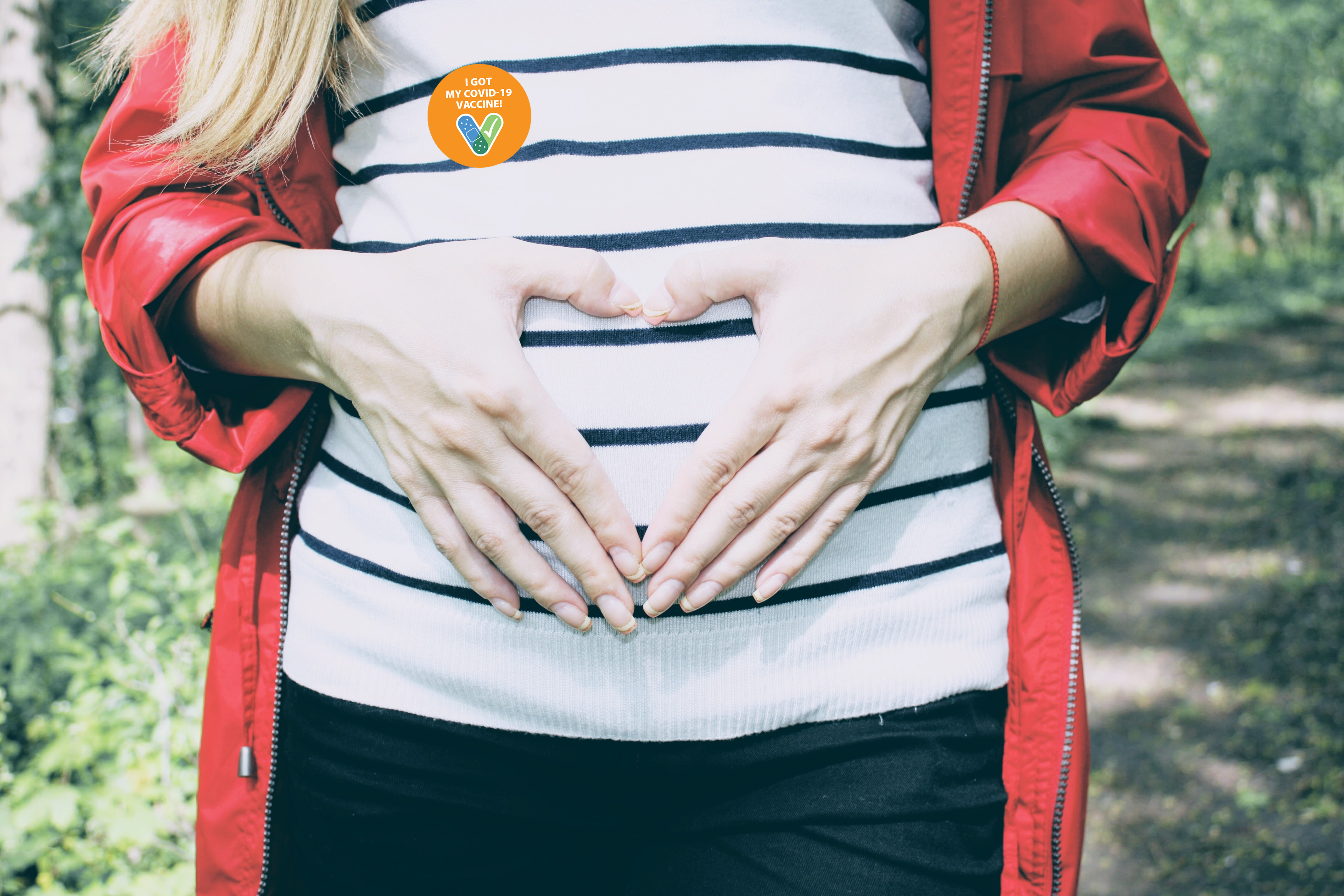 Last December, a former scientist and divisional VP at Pfizer began a propaganda campaign to halt COVID vaccine usage in the U.K. and Europe. Mike Yeadon, alongside the German doctor Wolfgang Wodarg, filed a petition with the EU regulations agency, which they then blasted across social media channels. The petition falsely asserted that COVID vaccines make women infertile.

The reach of the campaign is hard to gauge, but Yeadon is extremely popular among anti-vax and COVID-skeptic channels. His videos and podcast appearances are shared hundreds of times every day across Twitter, Instagram, and Telegram, where some of the largest channels have memberships in the hundreds of thousands. Despite his scientific career and general support for other vaccines, he has endorsed a number of conspiratorial views. For instance, he suggested on Del Bigtree's show that COVID vaccines "could contain a gene sequence designed to kill you," and elsewhere has said that they could cause birth defects or even miscarriage.

The campaign hit a nerve among those already concerned about vaccination. Although few outside those channels would be able to identify Yeadon as the genesis of the rumor, it plays on anxieties about how medication affects unborn children and falls in a blind spot in the pharmaceutical industry: almost no medication, vaccines or otherwise, recruit pregnant women for their initial trials.

How big of a problem?

Although there’s no hard data on vaccine hesitancy in women – it’s very hard to collect information on something that people aren’t doing rather than are doing – there is strong anecdotal evidence.

The CDC reports through its V-safe program that over 130,000 women in the U.S. have given birth to healthy children since getting vaccinated. Despite this, questions about COVID-19 vaccines are posted two or three times per week on Mumsnet. An informal survey of 1300 women (conducted by the Royal College of Obstetricians and Gynaecologists on social media) also found that 42 percent of those who had been offered the vaccine accepted it and that 40 percent of those who hadn’t been offered it yet planned to. Some 20 percent were undecided as to whether they’d accept it or not.

“It’s on the grapevine a lot,” said Pat O'Brien, a consultant in obstetrics and gynecology at University College London Hospitals, and vice president of the Royal College of Obstetricians and Gynaecologists (RCOG).

One expectant mother I spoke to on conditions of anonymity told me about how she was waiting until after she gave birth to have the vaccine.

“I’ve had a pregnant friend who has taken the vaccine with the hopes that immunity will pass on to her baby, but the rest of my pregnant friends (3 of them) have chosen not to,” she said. “I feel I can understand all of them, because we’re all just trying to do what’s best for our babies.”

She also mentioned the reason she was stalling was because of a lack of info. “For me, the biggest factor is the length of time the vaccine has been out there and the inability to see long-term effects. Though it is in the minority, there have been other medicines and drugs released which were initially approved, only to later be found out as harmful.”

“Over 130,000 women have reported receiving the vaccine while pregnant in the U.S., and no safety concerns have been raised. Women say to me ‘but these babies haven’t yet been followed up long-term, so how do we know?’ And that’s a fair question. But it’s also fair to say that babies of mothers who’ve had COVID during pregnancy haven’t been followed up long-term. We believe they are fine, but uncertainty applies to both sides.”

Normally, O’Brien said, he directs patients to the Q&A section on the RCOG website, which is constantly updated with new information. He also emphasized that he and others at the RCOG had been campaigning for more than a decade to make sure that pregnant women were included in drug trials earlier in the process, so that good data could replace speculation.

Fighting against the misinfo

At the beginning of July, a company called The Lowdown hosted a Wednesday-night webinar featuring a reproductive immunologist. Dr. Victoria Male had been invited to untangle a variety of rumors, myths, and half-truths about how the vaccine impacts fertility, menstruation, and pregnancy. The main reason they needed to combat the rumor, according to Dr. Male and the Lowdown founder Alice Pelton, was Mike Yeadon.

The Lowdown, according to Pelton, is a sort of “Tripadvisor for contraception.” To counter a lack of good information on contraception and its wider effects, she created a platform where women can rate and share different pills, tips, and tricks, reporting on how each method affects their cycles or moods.

Pelton became aware of rumors that the vaccine may impact fertility back in March. This was around the time of the first AstraZeneca blood clot reports, and three related but dissimilar problems were swirling around – whether the vaccine causes blood clots, whether it affects periods, whether vaccines are bad for fertility.

She was contacted by the NHS about a month ago to make a video about fertility because the official guidance on getting vaccinated while pregnant had just changed. Then, because the NHS apparently had a policy of not addressing misinformation, Pelton decided to make a follow-up blog post, and then a webinar with the reproductive immunologist Dr. Victoria Male.

“What's really important is actually the way it lands for a random 23-year-old woman who lives in Brixton is not aware of any of that shit,” Pelton told me. “It’s like, maybe here's a message from a friend, or like someone mentioned it in passing, and she's like, what’s this? That’s so important. That's the damage. Cause it's like this sort of thing that's just wafting around.”

Pelton said the attendees were really tense. “At the event, people were so worried. Like, I trust the science. I know that there's no real reason that could be a link. I just really felt people's worry coming through. And I was like, wow, this is awful. This is genuinely awful that that 23-year-old is really, really worried and has to dial into a 60-minute webinar on a Wednesday night.”

If women contract a severe case of COVID in the last trimester of pregnancy, they are twice as likely to require hospitalization, ventilation, or die. There’s also a significantly increased chance of an early birth – not because the virus triggers labor, but because doctors may have to induce an early birth to properly care for and save the mother’s life.

Dr. Male said there were plenty of pregnancy and fertility myths that have been around for a long time. “There's a group of myths and questions that women consistently have, like ‘does contraception make you infertile, is it wrong to be on the pill too long? All of these sorts of things just pervade around and I feel like the COVID vaccine-fertility link has just joined that group of things.”

Fertility misinformation sticks for a few reasons, Pelton tells me. One is that women don’t try to get pregnant while they’re using contraceptives – which sounds obvious, but it means that it’s easy to attribute fertility problems to the contraceptives once you come off of them. You may have actually had underlying fertility problems the whole time, but you only noticed when you started trying to get pregnant. Vaccines could easily fall under the same umbrella.

Secondly is the longstanding problem in science and medicine of women’s issues going unstudied.

And finally, the vaccines do seem to affect menstrual cycles. Dr. Male explained that most commonly, women reported heavier flows or periods that come slightly late. She relayed an anecdote about a woman who’d been using the rhythm method as a contraceptive, and the immune response from the vaccine actually shifted her ovulation to slightly later in the month, which actually caused her to get pregnant. There have also been reports that the stress of vaccination has caused late periods in some, and post-menopausal bleeding in others.

I told Pelton that Yeadon’s posts and interviews were still widely circulated, and asked what she’d like to say to him.

“Apart from the obvious question of why, I’d want to ask: where did this come from? Can you not see what other people have? This has been so researched now, do you not think there's any basis of truth in their response? And do you know how much like stress and anxiety you've caused for millions of young women who have enough to fucking worry about when it comes to their reproductive health? Periods, fertility, contraception, vaginas, we've got enough. Leave us alone.”

Ahead of a vote in parliament on newly drafted COVID-19 restrictions this Tuesday, anti-lockdown Conservative MP Steve Baker said that researchers inaccurately predicted the impact of Omicron and COVID-19 generally. “I’ve had a lot to say about...