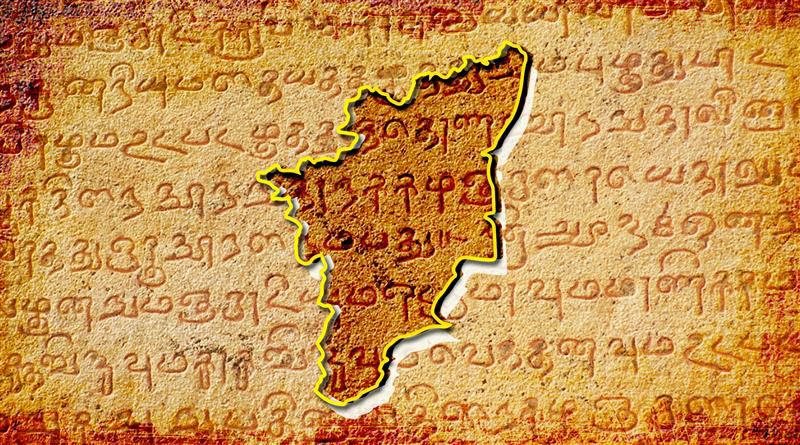 On December 13, 2019, the Dravida Munnetra Kazhagam (DMK) and the Bharatiya Janata Party (BJP) argued in Lok Sabha about the origins of the Tamil and Sanskrit languages. While moving the Central Sanskrit Universities Bill 2019 for passage, Minister of Education Ramesh Pokhriyal claimed that Sanskrit is the "soul of the country," adding that it is the oldest language. DMK leader Kanimozhi took exception to Pokhriyal's claim, and asked whether he was qualified to make such a statement.

On February 28, 2021, Prime Minister Narendra Modi sparked a similar debate, mentioning that "not learning Tamil, the oldest known Indian language" was one of the "long-standing regrets" of his political career. This comment was made during his Radio Show Mann Ki Baat, just weeks ahead of elections in the southern state. Home Minister Amit Shah reiterated similar sentiments. The statements sparked a slew of articles on the issue, with a Times of India article confusingly stating that both Tamil and Sanskrit are the world’s oldest languages.

Languages are an essential part of culture and identity. Because of this, questions about whose language is the oldest are usually sensitive and political.

Moreover, as Gopalakrishnan R., a graduate student of linguistics based in Mumbai, tells Logically, it is essentially meaningless to describe something as "the world's oldest language."

Gopalakrishnan R continues: “All languages spoken today, except perhaps creoles and certain sign languages, have existed since time immemorial, since languages, for the most part, do not emerge out of thin air. By this reasoning, all languages are of the same age, which makes the notion of the "age" of a language, meaningless.”

Tamil originates from the Dravidian language family. It is spoken by around 80 million people, primarily by the Tamils in India, Malaysia, Sri Lanka, and Singapore. It is also one of the official languages in the Union Territory of Puducherry. According to a report by the Hindu, the first book in Tamil was printed on October 20 1578. The book was 10x14cm wide and had 16 pages of 24 lines each. Tamil historian Pulavar S. Raju says the book had Tamil script, which was then used on palm leaves and stones.

For more clarity on the oldest Tamil epigraphical record available, we contacted the epigraphy department of the Archeological Survey of India (ASI), who conduct epigraphical research based on the inscriptions. “So far the oldest Tamil epigraphical record available is one copied from Thatha Patti and the earliest cave Tamil-Brahmi copied from Mangulam,” says ASI Mysuru’s Epigraphy Director Dr. K. Munirathnam. “Both are palaeographically assignable to 3rd-and 2nd century BC.”

According to a 1996 survey of Indian epigraphy, the number of inscriptions written in Tamil amounted to the highest volume with 20,000 inscriptions, followed by Kannada (10,600), and Sanskrit (7,500). According to volume 19 of the 1993 journal of the Epigraphical Society of India, Tamil inscriptions have been recorded since the third century BCE.

The findings of Keeladi, a report released by the Tamil Nadu Archaeological Department (TNAD) on September 19, 2019, push back the date of Tamil-Brahmi (a variant of the Brahmi script used to write inscriptions in the early form of the Old Tamil language) to sixth century BCE. The report further ascertained that the Tamils developed the art of writing in the sixth century BCE, as reported by the Week.

Speaking to Logically, Indian writer P.A. Krishnan said, “It is unscientific to call Tamil the world’s oldest language. The same is for Sanskrit. Both Chinese and Egyptian languages are way older than Tamil and Sanskrit.” Krishnan said that such claims were liable to be peddled on a political platform, adding that “no one knows the first language but there is enough evidence to prove that Tamil is certainly not the first known language.” So, while Tamil has a rich history with deep roots, there may be other languages with even deeper roots or older artifacts or relics, which might have been lost to time.

According to Ethnologue, around 7,139 languages are spoken today, and only 3,982 have a written form.  Adding to the same, history professor Kapil Kumar told Logically that the written scripts came much later, whereas the oral form was already in existence. It must also be noted that most languages — including spoken languages of today — are harder to study, and when they are no longer spoken, they are lost to time.

This argument over languages is not new in India, and often escalates around elections in the southern states. Tamils have long felt pride in their linguistic heritage, and have always opposed the imposition of Hindi in the state. However, in a push for Hindi in Tamil Nadu in 1967, the then ruling Indian National Congress made Hindi compulsory in schools despite opposition from Dravidian parties both the DMK and AIADMK. This happened after Jawaharlal Nehru's death in 1964 when the state government, led by M Bhaktavatsalam, introduced a “Three-Language Formula” (English-Hindi-Tamil) in Madras Legislative Assembly. This led to an eruption of anti-Hindi protests across the state, with a spate of self-immolations by college students.

History repeated itself in 2020 when Bharatiya Janata Party's new education Policy (NEP) again introduced a three-language formula that Tamil leaders saw as an imposition of Hindi. Although the policy didn’t specify that it was mandatory for students to learn Hindi, linguists and regional leaders argued it would be the language most taught due to a lack of resources. “The three-language formula in the NEP is painful and saddening. Tamil Nadu will never allow it. The state will continue with the two-language policy (Tamil and English),” asserted Chief Minister E.K. Palaniswami.

DMK Chief MK Stalin, who in the past has accused Modi of trying to relegate people who do not speak Hindi to second-class citizens, also opposed NEP. With social media emerging as a new battleground in the upcoming elections, there has been a revival of language as a political tool in Tamil Nadu yet again. Just weeks before the elections, it is unlikely such linguistic arguments around Tamil culture will fall silent any time soon.

New research from Logically shows that German-language conspiracy groups on Telegram in the DACH region (Germany, Austria, and Switzerland) have raised at least €284,678 ($337,660) for conspiracy and far-right...