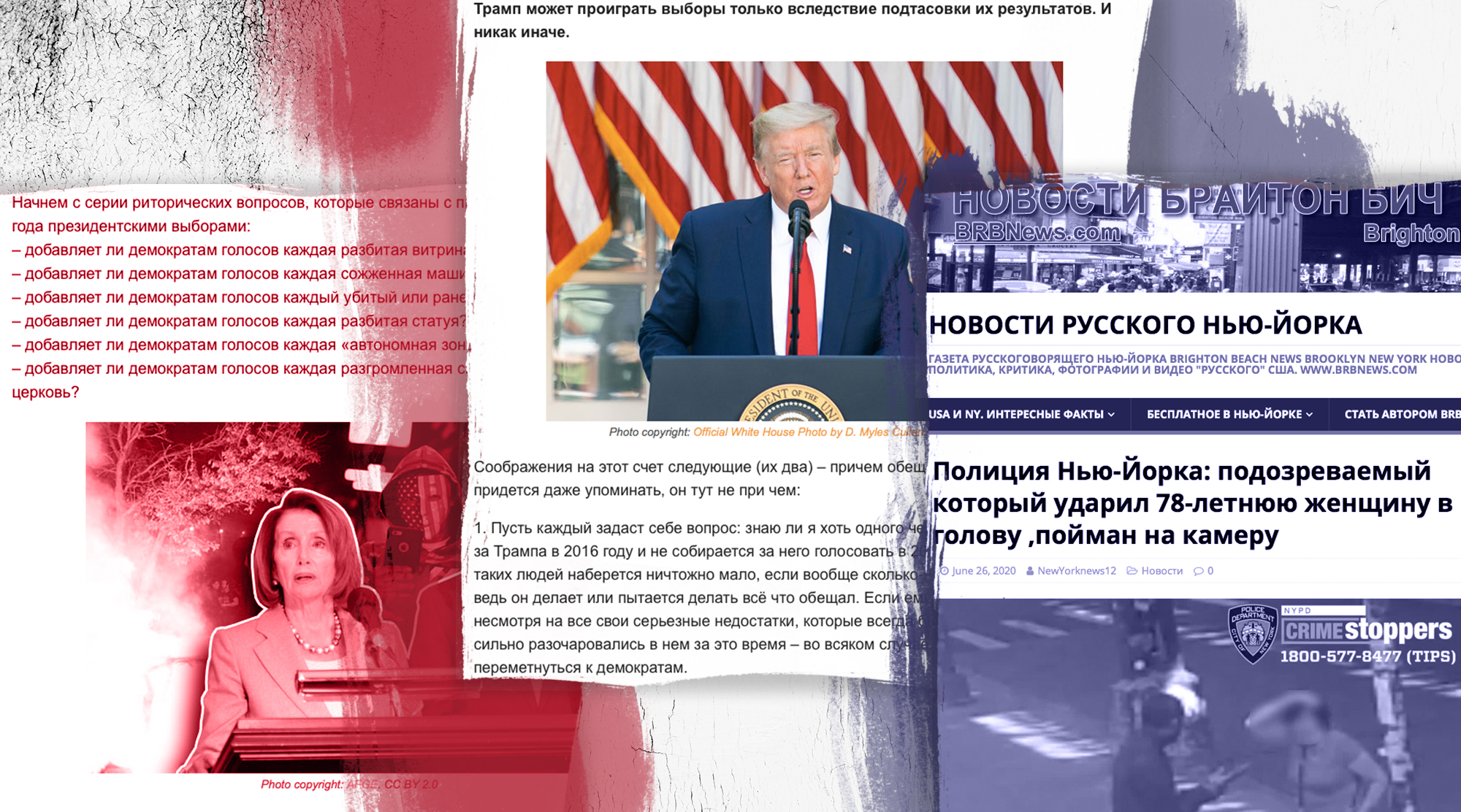 An investigation by Logically has found that the Russian language diaspora in the US has become a target for disinformation ahead of the upcoming Presidential election in November. The goal: push politically and racially biased information to help ensure win for President Trump. The biased messages are spread by several Russian language news portals that claim to provide information relevant and important to the Russian speaking community in the US. However, according to our research, the messaging is clearly pro-Republican and, in many cases, racist, which repeats the classical pre-election narratives of the disinformation campaign pushed by Russia.

The Russian speaking diaspora is formed not only of ethnic Russians but also people of other nationalities from the former Soviet Union. The common language is the factor that unifies the diaspora, and that makes the Russian speaking community an easy target for Russian political influence. An influence that, as we have seen time and time again, targets audiences in Russia and international news outlets across the globe, as well as specifically voters abroad.

Through our investigation we have observed a shift in Russian propaganda efforts. According to a report by Secondary Infektion, the most up-to-date disinformation campaigns are decentralised and target many different groups and platforms. The case of US-based Russian language media is a good example of this. There are two major (albeit overlapping) audiences for Russian language media in the US. Coverage in the first instance is designed to speak to Russian speakers US-wide, and in the second concentrates on local communities within the diaspora in different states.

A clear focus common to almost all Russian-American media outlets is open glorification of Donald Trump and the Republican Party, coupled with pointed attacks on the Democratic Party. Articles promoting President Trump are mixed with factual reporting on events and issues important to the Russian-speaking community. This is the exact same technique used by well-known Russian propaganda mouthpieces such as Sputnik and RT: ensuring a reader looking for factual information and news will, in addition, receive Trump promoting articles.

One headline proclaims “No, there is not the slightest chance of NOT re-electing Trump for a second term.” Accompanying this is open name-calling, e.g., “Democrats are gangsters,” “Bill Clinton is an immoral criminal,” or, on the contrary, “Donald Trump – Innovative man, decent American, businessman, hard worker.”

A recurring motif is the drawing of supposed parallels between the Democratic Party and communism. There is a long and dramatic history of many Russian speakers emigrating to the US to escape the Communist regime. Russian immigration to the US reached its peak in the 1990s, and for many members of the modern Russian-speaking diaspora in the US, communism is understood as a site of personal trauma which forced them to leave their home countries. Inaccurate as they might be given the centrist outlook of the modern Democratic Party, the focus on parallels between the American Democrats and Communists is intended to exploit Russian expats’ fear of a communist resurgence not in the countries of the former Soviet Union, but right in their new home.

Another typical narrative observed in Russian-speaking media outlets in the US is a sustained campaign to discredit the Black Lives Matter movement. For example, the New York outlet Brighton Beach News covers local news, but since the BLM protests started, the outlet’s crime reporting has displayed a disproportionate focus on cases of crime committed by Black people around the Brighton Beach area in New York. Moreover, BLM supporters are blamed for extortion and racketeering and are called rabble and fascists. We have previously reported on Russian interests in discrediting the BLM movement more generally.

The Russian-speaking diaspora in the US has access to Russian language-based propaganda outlets but also receives the same messaging and narratives that we see in the media landscape inside Russia. The narratives coalesce around three main points: Trump is good, Democrats are bad, and people of color can’t be trusted. The formula was successful in 2016, so disinformation actors have made little effort to update it for 2020, but it looks set to have an impact nonetheless.

Imagine living in a country which is isolated from the world's economics and politics by the collusion between the European Union, NATO and the US. Your country suffers from unfair sanctions, but is strong enough to deal with the problems. Then a...