Exclusive: A UK Anti-Trafficking Facebook Group Is Indoctrinating Mums and Survivors Into QAnon 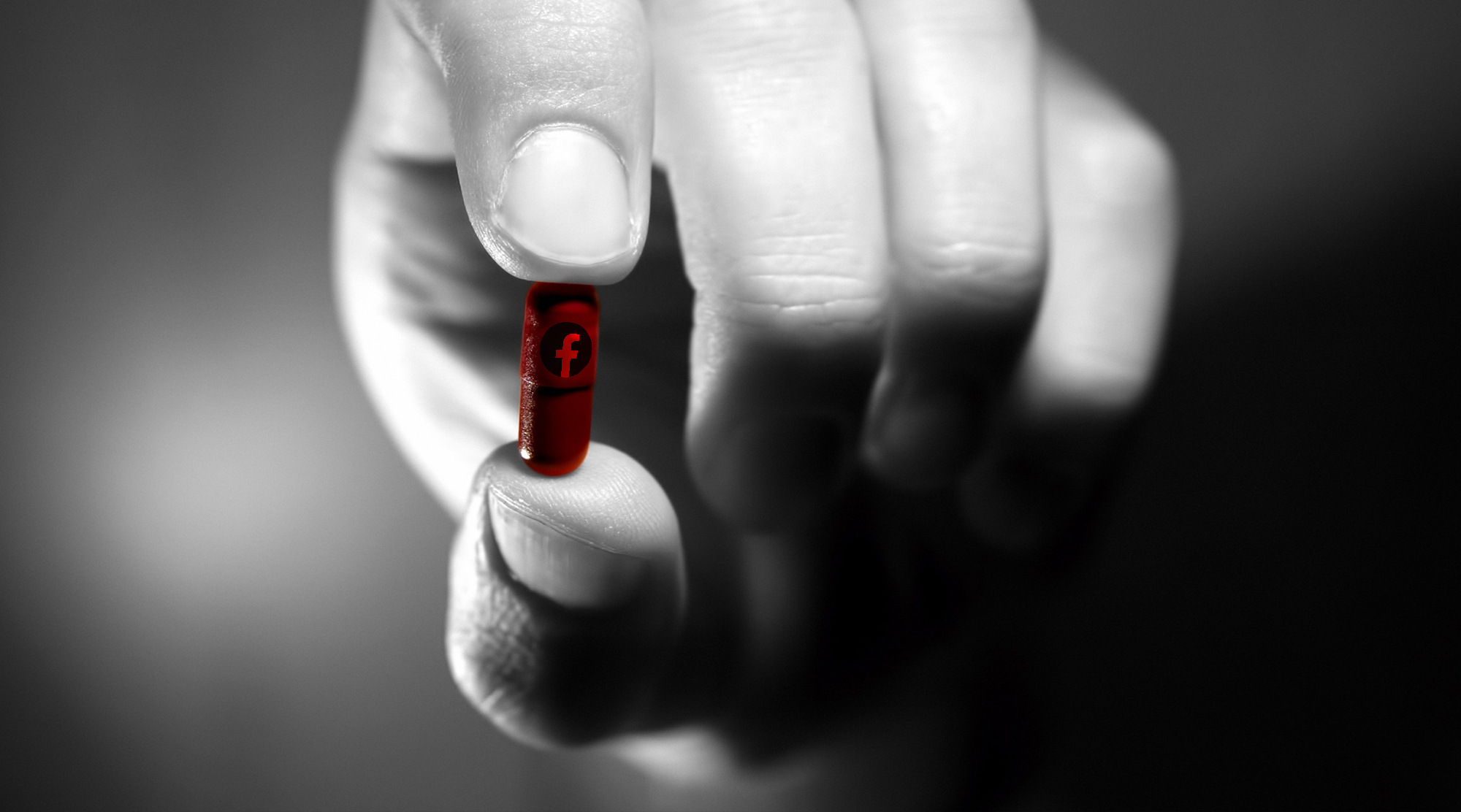 A Logically Investigation reveals the internal workings of the UK’s premier ‘#saveourchildren’ group, responsible for organising scores of marches nationwide. We show how this group openly welcomes and supports vulnerable people, while forcing indoctrination towards a QAnon ideology.

The Qanon movement’s hijacking of the #savethechildren and #saveourchildren hashtags has been a monumental success. These hashtags, pushed from mid-August, successfully laundered QAnon for the masses – transforming the movement from a paranoid but largely self-contained online group as driven by support for Trump as they were concerned with satanic cabals to a virulently anti-“elite paedophile” and child-trafficking movement that marched in cities across the world.

This has been characterised as the moment “Soft Q”, “Qamom”, or ‘lowercase-q’ - as we had previously coined - became known to the world. These are predominantly women who have been radicalised via Facebook, Instagram, and YouTube - a world away from the murky puzzles of Q and the toxic atmosphere of 8kun, owned by Q-suspect Jim Watkins.

Though the emergence of “Soft Q” has led to a disavowal from traditional Q followers and veterans of 4chan and 8kun, it has also revealed an army of well-meaning, predominantly Facebook-dwelling internet users who are concerned about the children first and the deep-state second. One place where this new angle of QAnon gained significant traction was the UK. As 5G and anti-vaxx disinformation had already run rife during UK lockdowns, the suddenly far-more-online population were arguably primed for QAnon’s international expansion.

Despite Facebook dramatically purging a significant number of QAnon pages and stating an outright ban on Q-related content, one page still remains as the UK’s Soft Q hub: Freedom For The Children UK.

Freedom For The Children UK (FFTC-UK), who were responsible for the string of marches across the UK in late August, are a known quantity for pro-Q content. Their online presence consists of a website, an open Facebook page, and a closed Facebook group - all headed up by their charismatic figurehead Laura Ward.

The closed Facebook group strikes a disarming tone. After being vetted for entry, users are met with a warm and engaging welcome video message from Ward, as well as encouragement to be an active part of the group. 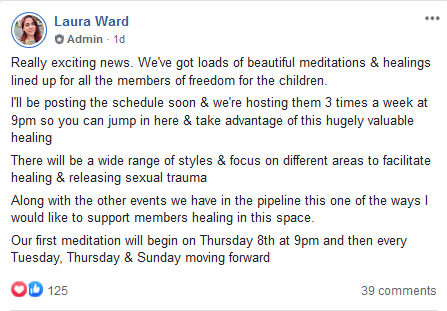 The supportive and nurturing community that Ward fosters in the FFTC-UK closed group throws up a prickly issue for those aiming to combat disinformation. Groups such as Freedom For The Children UK couch themselves as legitimate support groups for survivors of child sexual abuse. The community support provided by the members of FFTC-UK may well be sincere and it may help those in need, but it also funnels them towards a harmful worldview that will ultimately cause more damage than good. This function highlights the potential for disinformation movements to fill gaps in health and social care provision left by the state and other legitimate channels. The problem of already sparse services for survivors and those struggling with mental health issues may have been exacerbated by COVID lockdowns, which have resulted in some services stopping face to face care, or falling away altogether.

In addition to the meditation sessions, there are calls-to-action for members to organise their own marches, discussions about how to support survivors, and, tellingly, posts railing against the mainstream media.

Here, the danger presented by groups in the soft-Q category is cast clearly. On one hand, they offer a motivated and sympathetic community to people who are reaching out in genuine need of support, and on the other, they evangelise QAnon’s theories as an explanation for and solution to the world’s ills.

In order to ensure a cohesive group, on entry to FFTC-UK, you are required to complete 11 ‘units.’

These units include viewing Ward’s welcome video, reading the rules around posting - which surprisingly calls for trigger warnings, and accessing the document showing when the next marches are and who to contact. The resources seem relatively straightforward and normal until we hit Unit 7: Documentaries.

Here, you are confronted with 10 videos and articles that set the ideological agenda for the group. First is a link to Ben Swann’s Truth in Media website, where he has courted anti-vaxx and 9/11 truther sentiment. Second is a link to the “Kay Griggs interviews” - billed here as an interview about child grooming in the military, the video can be found elsewhere on the internet as “Illuminati Wife Tells All”. Third is a video about Ghislaine Maxwell by Robert David Steele - a regular on Q-supporting podcasts - here called “a great man”. The pattern continues like this: the next video is ‘inspired by’ the US-centric QAnon video Out of Shadows. The QAnon ‘required viewing’ video The Fall of The Cabal is also linked further in the documentaries list. 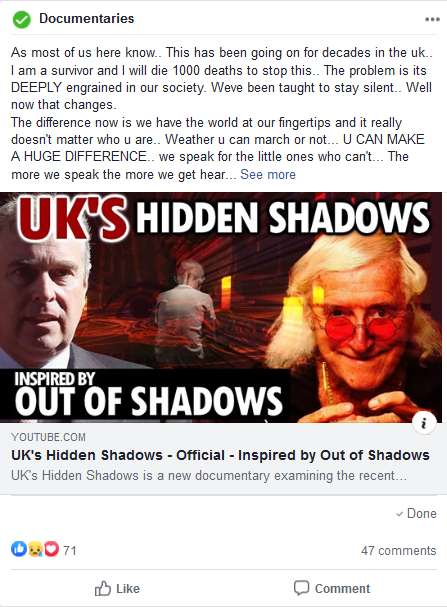 Other units include taking a look at the ‘publicity’ enjoyed by the group, or specifically Ward. Two of the three components here are Ward talking to Charlie Ward (no relation), an open supporter of QAnon and proponent of the much lauded NESARA/GESARA financial myth.

Freedom For The Children’s Redpill Pipeline

After taking note of the Q ideology pushed heavily in the required units, the tone of the group becomes abundantly clear. Behind the positive affirmations and the group meditations lurks the assumed belief that everyone else in the group knows that a secret group of elites are trafficking children for satanic rituals and to harvest adrenochrome. The support they offer to those who have found the group may be genuine, but their understanding of child trafficking could not be further from reality. 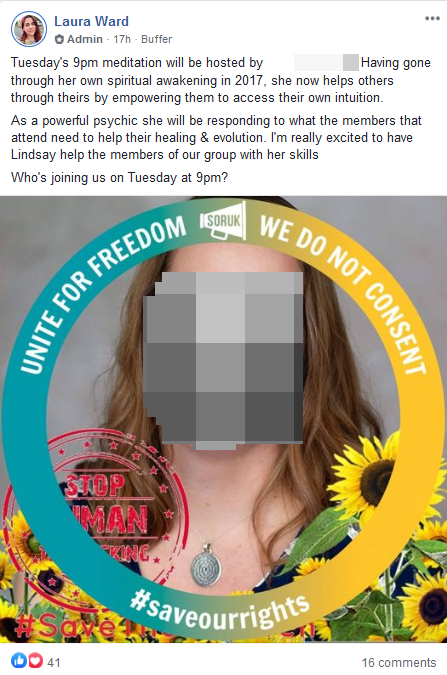 QAnon, anti-lockdown, and anti-vaxx sentiment is rife in the group. The open page reinforces these beliefs even more. The hashtags used in the image below stop short of explicitly tagging QAnon, but “wwg” (short for Where We Go [one, we go all]), “adrenocrome[sic],” and “pedowood” all feature. The inclusion of “paedophilehunter” also shows that, while FFTC-UK may be the ‘softer’ edge of the UK’s adaptation of QAnon, it is aware of ways to channel such a misguided sense of injustice towards more violent ends as our previous investigation shows. 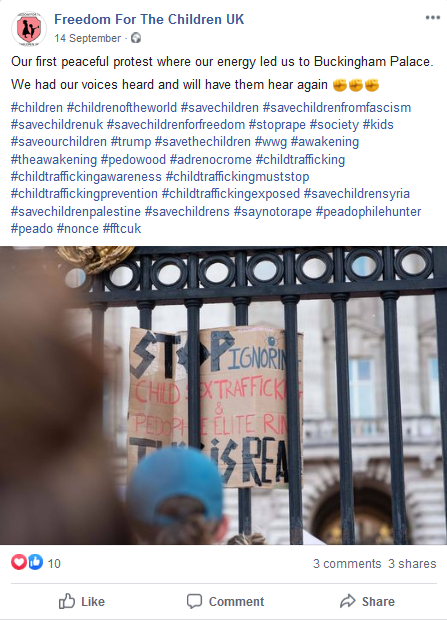 The open espousal of QAnon ideology is even made explicit on FFTC-UK’s website, through the choice of pro-Q placards from recent marches for their splash page. 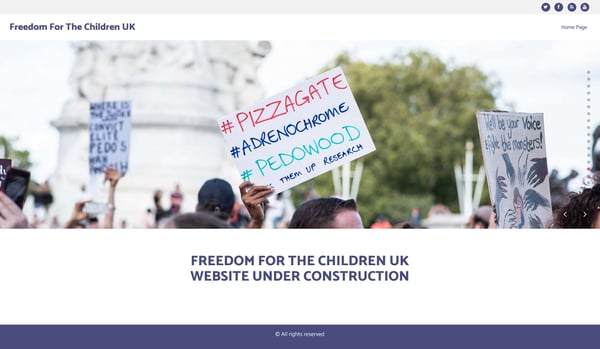 Groups such as Freedom For The Children UK highlight a particularly difficult issue for those working to combat disinformation. Not only do they highlight how successfully a movement like QAnon can launder its ideology for a wider audience - allowing ideas such as ‘the satanic cabal’ to become received wisdom that can spread incredibly effectively through the UK, but they also often end up becoming a genuine source of support for vulnerable people who find them before legitimate resources.

As QAnon splinters further into Save Our Children and related groups, the reality of these groups must be handled with sensitivity and we must think hard about what to do when real harms are left to be dealt with by those peddling an incredibly dangerous lie.

We're excited to unveil a guest researcher spot in Tinfoil Digest, where we welcome someone smart and interesting from the world of disinformation research to provide a recommendation of their own. In this month's edition, you'll find an entry from ...