How To Psychoanalyze The Internet 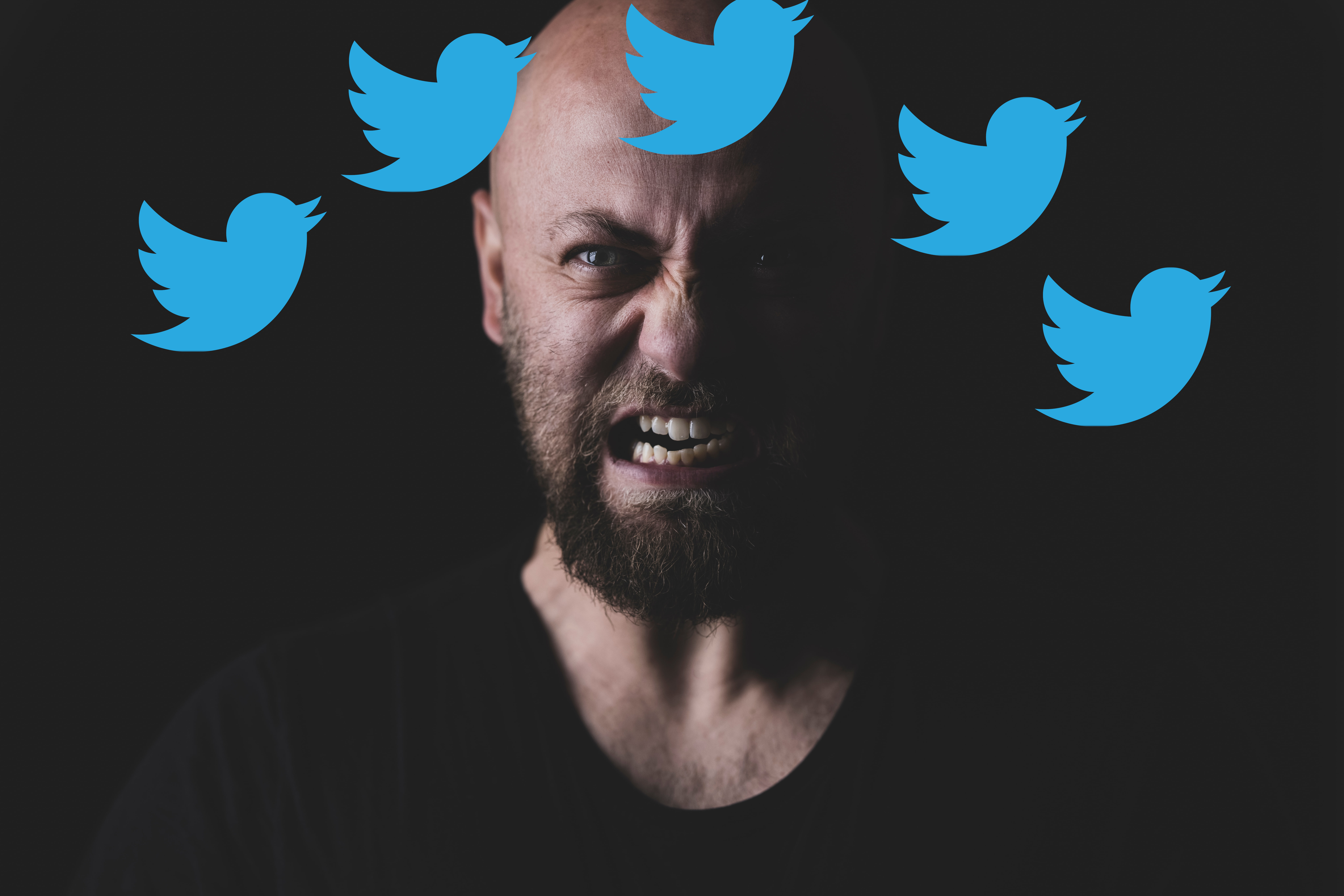 You might not remember the name Justine Sacco, but maybe you remember the story. In 2013, the 30-year-old communications executive flew from New York to South Africa. On the final leg of her trip, she tweeted a racist joke about getting AIDS in Africa. For the next 11 hours, she was offline. By the time the plane landed, however, she was trending on Twitter. The international commentary ranged from justifiable anger to an almost orgiastic excitement about her inevitable comeuppance.

Sacco wrote something racist and in doing so she committed an act of racial violence. As a result, she was subject to a form of public shaming in which she was presented as “a racist.” This conceptual move, where judgment of an action becomes judgment of a person, is a particular feature of “purity politics”: a system of absolutes in which people are good or bad, never both. An oppositional mindset, purity politics thrives in online spaces.

C. Thi Nguyen and Natalie Ashton have both written compellingly about the ways echo chambers and epistemic bubbles encourage a flattening of moral attitudes. Others, like Amia Srinivasan and Barbara Applebaum critique the kind of liberalism that underpins phenomena like cancel culture and spectacles of shaming. For the liberal, Sacco’s racist tweet is exhaustively explained by the fact that she’s “a racist.” For Srinivasan and Applebaum, this analysis is too shallow. It fails to take into account the role of social structures; part of the reason Sacco wrote a racist tweet is because she grew up and was educated within white supremacy. (By this logic, the punishment of racist actions will always be ineffective unless it is coupled with systemic change.) The splitting of people into Good and Bad can create obstacles to social change by situating responsibility for racist actions in individuals alone. Mob justice – internet pile-ons – while cathartic, don’t necessarily motivate social progress.

Another scholar who offers us insight into the ethics of social media is the 20th-century psychoanalyst, Melanie Klein. Influential in the sphere of British psychotherapy, theorists like Charlotte Williams and William Halton have started applying Klein's research in projects of broader social critique. Klein’s work on child development offers an unusual and productive way of approaching public shaming and cancel culture.

Splitting experiences is a defense mechanism: a way of dealing with the pain of internal conflict.

Klein was interested in the development of the mind in early years. Central to her view is the shift she sees from the “paranoid-schizoid position” to the “depressive position.” For Klein, a child is born into an overwhelming and terrifying melee of sound, shapes, and sensations. One of the first conceptual steps they take to manage this hodge-podge is to split experiences into good and bad. It is a defense mechanism, a way of dealing with the pain of internal conflict. The feeling of ambivalence – the possibility that you might love and hate the very same thing – causes almost intolerable strife and confusion. By separating out the "good" and "bad," the infant dissolves this tension and brings structure to the maelstrom of feeling. Klein famously saw this in terms of the “good breast” and the “bad breast”; one is beneficent, bringing pleasure, the other is malicious, bringing pain.

This is the paranoid-schizoid position: objects are either good or bad (“out to get you” – hence “paranoid”). The two are split off from each other (hence “schizoid” which, like “schism,” implies a deep and irreparable divide). As the infant matures, however, their understanding of the world becomes, in most cases, more nuanced. Nothing is completely good or bad. It’s a sobering and slightly unhappy realization; there is no purely good force looking out for you. Hence Klein refers to this state as the “depressive position.”

Users are reduced to being either Good or Bad, rather than complex, multifaceted individuals.

For the Kleinian, the splitting we find online is a form of regression. Having achieved the depressive position, something about the mechanics of social media tips us back towards the paranoid-schizoid view. Other users are reduced to being either Good or Bad, rather than complex, multifaceted individuals.

One of the most interesting features of Sacco’s story is its time signature. When the flight takes off, Sacco goes offline, effectively dropping out of time. She doesn’t experience the following eleven hours of frenzied tweeting, during which users enjoyed a real-time pile-on, performing countdowns and tracking the flight plan. Landing in South Africa, she turns on her phone to discover her timeline suddenly populated with thousands upon thousands of comments.

While there are a number of insightful analyses about the reductive mechanics that organize social media – resulting from “favoriting” and algorithmic interference – there is less commentary about the psychological effects of internet time. For Kleinians, however, time – and instant gratification, in particular – is a central factor in the shift between the paranoid-schizoid and the depressive positions.

The expectation to be instantly gratified coincides with the paranoid-schizoid position. Klein’s contemporary, D.W. Winnicott points out that if a caregiver is constantly at hand to meet a baby’s every need it will be harder for the baby to realize the caregiver has business of their own to attend to. However, if the caregiver is sometimes slow to respond, the infant will be encouraged to recognize that the "purely beneficent" caregiver might be more complicated than the paranoid-schizoid position allows. The realization that a caregiver is a person in their own right is a step towards the depressive position.

Of course, psychoanalysis is not without its issues, but Kleinian theory offers a generative way to think about the harmful effects of social media. Gone are the days of waiting for a straining dial-up modem to connect to a webpage. Most users expect instant gratification – whether when posting comments or scrolling through endlessly replenishing images. This kind of accessibility reinforces the thought that our needs can (and should) be met without delay. The universe begins again to revolve around the individual. We begin to lose track of other users as complex persons, with subtle and sophisticated perspectives.

Since the problem is systemic, our efforts must first and foremost be directed towards changing the systems.

If we are worried about the political and interpersonal effects of social media we will want to change things. But how? Despite frequent and far-reaching calls for more nuanced debate, for care and consideration of other users, the internet remains as volatile as ever. The suggestion by some – such as Safiya Umoja Noble and Zeynep Tufekci – is that since the problem is systemic, our efforts must first and foremost be directed towards changing the systems. This could be a matter of building different limits into the platforms we use. The social network Minus is a case in point; on signing up, each user is given a finite number of posts (“When you reach 0 posts, that’s it. No exceptions.”) This isn’t a matter of restricting free speech, but rather acknowledging that the way we speak – the frameworks we speak within – affect what we say. The same is true of the 2019 computer game Kind Words which encourages players to write out anonymous requests for help or solace.

Klein’s work also prompts us to reimagine the timeframes within which we work and correspond. Pushing back against the desires for instant gratification may help shift the way we interact with other users. Interestingly, some app developers already appear to be making moves in this direction. Not only do most email platforms now include a “schedule send” function (halting the arms race of email exchanges), but there is an increasing number of programs – such as Freedom and Forest – that allow users to block internet access to “reclaim focus.” Significantly, there are also apps that incorporate time restrictions into their design. Thursday is a dating app that is only available one day a week (unless, of course, you pay for premium access). Its developers have pitched it as a way to refresh what they see to be an otherwise stale dating game: “It’s human nature to want what you can’t have.”

Many will see such apps as cynical money-making ventures, exploiting a gap in the market. Perhaps they are, but their imperfections don’t mean they’re uninteresting or useless. By reconfiguring online access and shifting the focus to deferred gratification, these forms of depressive media may well encourage users to see others (and themselves) as the complex, multifaceted individuals that they are.

Dr. Adam Ferner is a freelance writer, editor, and educator whose books include: Organisms and Personal Identity (2015), Think Differently (2016), Philosophy: A Crash Course (with Zara Bain and Nadia Mehdi, 2018), and How to Disagree (with Darren Chetty, 2018). The Philosophers’ Library (with Chris Meyns) and Notes from the Crawl Room will be published later this year. He has previously written for Logically about common sense.