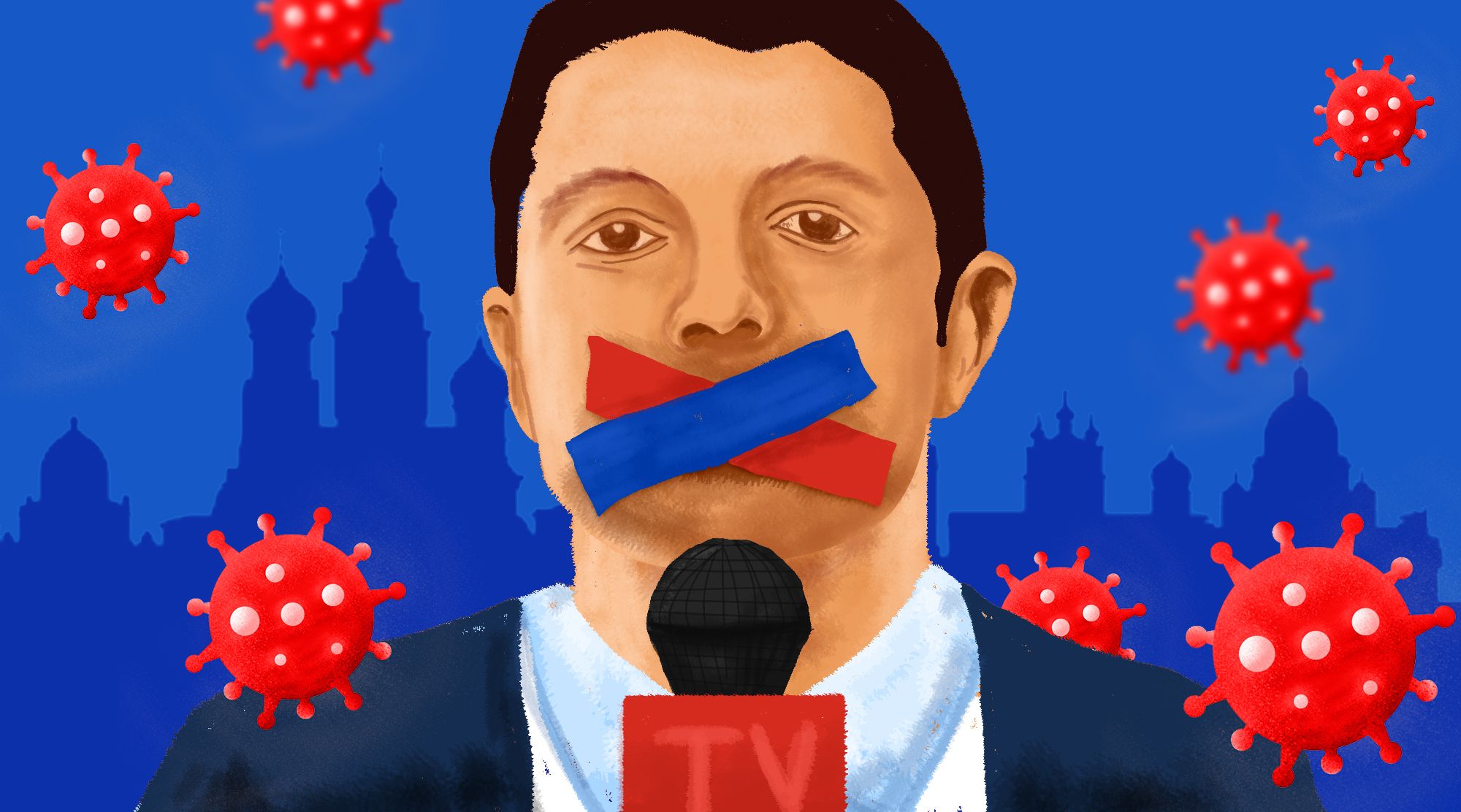 One month ago, Russia criminalized the dissemination of fake news about coronavirus. However, in many cases, the new law is aimed at those who disseminate information objectionable to the authorities. Social media users as well as independent and international media outlets which have criticised Russia's coronavirus response were immediately accused by the Russian authorities of spreading fake news. At the same time, state media say that the pandemic situation in Russia is stable. We examined the Russian "fight against fake news" at three levels - diplomatic, media and social networks.

One of the most notorious cases is a statement by Russian Foreign Ministry spokeswoman Maria Zakharova. She criticized a New York Times article "Putin’s Long War Against American Science". Zakharova called the research a "masterpiece of misinformation”. Another outlet which drew Zakharova’s fire was The Financial Times. The FT reported that the real death toll in Russia could be 70 percent higher than officially reported. Zakharova said that the Financial Times is also spreading disinformation about Russia, and that the government would require a retraction of the story, however, it would not withdraw the accreditation of correspondents of both outlets. “Obviously, it is an extreme measure. [It] is not our method to deprive accreditation, to expel journalists or [use] any other repressive measures. We opt to respond, first of all, verbally and back our words by deeds, by concrete steps,” the representative of the Foreign Ministry assured.

One of the Russian publications that will be examined for the distribution of fake news is the independent media outlet Meduza. According to the State Duma’s Commission for Investigating Foreign Intervention in the Internal Affairs of Russia, Meduza has disseminated false information about a shortage of ventilators in Russian hospitals. For Meduza, this is not the first time that their activity has been harshly criticized by the authorities, so it comes as no surprise that they’ve once again become the target of the Russian government’s ire.

In fact, Meduza itself was founded precisely because of the authorities’ predilection for interference in editorial policy. In 2014, the editor-in-chief of Meduza (then Lenta.ru) Galina Timchenko was dismissed from her post due to the publication of an interview with a Ukrainian nationalist leader. The nationalist organization was banned in Russia, so this interview cost Timchenko her post. Following Timchenko's dismissal, most of the team left too. Then ex-employees of Lenta.ru launched the Meduza project, and moved to neighbouring Latvia. But even a change of location has not protected the outlet from periodic attacks by the Russian authorities. In 2019, Meduza correspondent Ivan Golunov was detained in Moscow on suspicion of selling and storing drugs. After a public outcry that led to protests, Golunov’s case was dismissed due to a lack of evidence. Golunov himself has repeatedly stated that he believes  his arrest was connected to his professional activities.

Meduza employees aren’t the only people to draw the government’s attention after criticizing the Russian health care system. Similar cases happened with doctors who complained on social networks about working conditions. None of the doctors were prosecuted, but several were fined. For example, paramedics in the Ivanovo Region were fined for a video in which they were asking for help in providing them with personal protective equipment. We conducted our investigation on the state of Russian medicine during the pandemic. According to the information we received, Russian doctors actually do not have enough protective equipment, and the state is working to suppress claims to the contrary.

With the introduction of criminal responsibility, Russia is struggling not only with real fakes, but is silencing information inconvenient to the state. Any message that contradicts the official rhetoric is liable to be called a fake. As shown in the examples above, even high ranking officials are involved in this practice. The Russia case is a perfect example of how the struggle with fake news can be used to control freedom of speech and be turned into an organised witch-hunt.

Last December, a former scientist and divisional VP at Pfizer began a propaganda campaign to halt COVID vaccine usage in the U.K. and Europe. Mike Yeadon, alongside the German doctor Wolfgang Wodarg, filed a petition with the EU regulations agency,...