How Poker Thinking Can Help Us Unpick Fake News 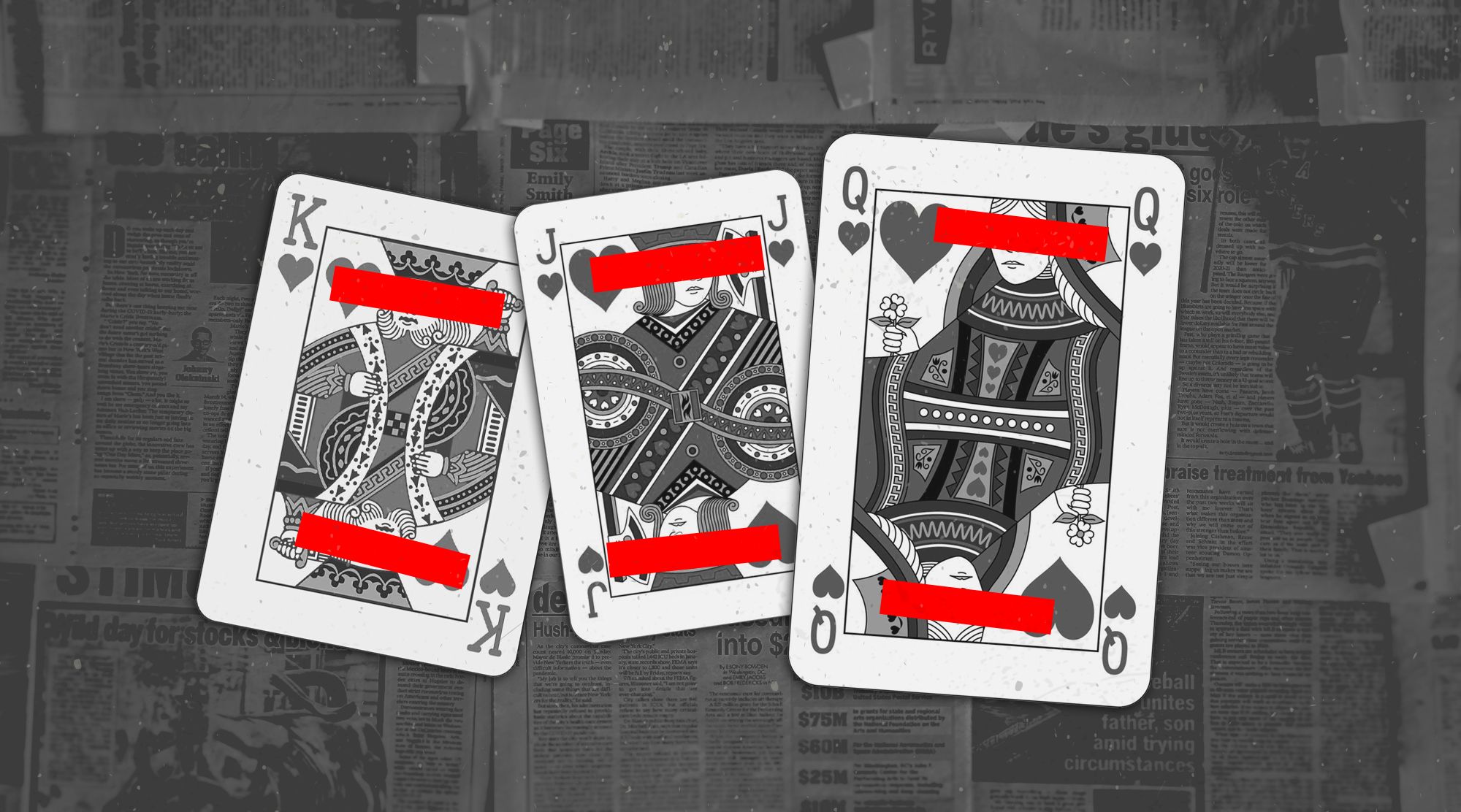 Maria Konnikova isn’t the type of person to rush things. “I'm a big believer in just letting things sit and trying not to force anything, letting it percolate in my head,” she tells me. This might be why the New Yorker writer has taken to poker like a duck to water, and why she has been able to apply what she learned from poker to other aspects of her life.

It also might be why her book The Biggest Bluff, following her journey from complete novice to poker champion with six figures in tournament earnings, took longer to put together than initially planned. More elements had to sit and percolate in order for the story to make sense.

Konnikova, a Harvard grad with a psychology PhD from Columbia, embarked on her poker project with a view to understanding how much of our lives we control and how much is – regardless of what we do to mitigate it – forever in the orbit of chance. Throughout that journey, though, it became clear that as well as applying broader psychology to the art of poker, the thinking behind poker itself can serve us well elsewhere in life.

This can play out in financial negotiations, as Konnikova learned when treating an editor like a poker opponent from whom you’re trying to extract value, and in the process guaranteeing herself a higher fee than she might otherwise have earned. It can play out in day-to-day risk-taking, when she used her poker-derived knowledge about probabilities and exponential growth to decide it was a bad idea to go ahead with a trip to Los Angeles when the city had its first cluster of COVID-19 cases. And it can play out in the understanding of fake news, where we can apply some of the same thought processes poker players use when attempting to sniff out a bluff.

“When [people] agree with something, they're basically like 'yeah, this makes sense, perfect'. If they disagree, they start seeing all of these flaws with It,” Konnikova says.

“There are loads of studies - I wrote about some of them in The Confidence Game [her 2016 book, focusing on con artists] - that show if someone disagrees with what you're saying and you show them evidence that says it's right, they're going to disagree even more, they're going to double down on their disagreement and see it as quote-unquote 'fake news'.

“And that’s something that existed long before Donald Trump, and it's a very powerful phenomenon and something we should all be very wary of. It’s not like this is limited to the people you don't agree with - you experience it as well unless you're very very careful.”

At the poker table, you face similar calculations when it comes to determining the veracity of a story. An opponent can be betting for value, meaning they have a better hand than you and are trying to get paid off, or they can be running a bluff.

In either circumstance, there are known quantities and there are intangibles, but on a sliding scale. Your own cards sometimes allow you to rule out certain combinations on the part of your opponent, but there’s also the challenge of finding patterns in them and their behaviours; patterns which serve to make certain hands more or less likely.

It’s not just a case of these behaviours in isolation though – you also need to consider what you know about the messenger, and treat things with the appropriate level of skepticism. If you’re not already doing this when it comes to the things you read – both those you agree with and those with which you’re not instinctively on board – you’re almost certain to be missing some key signals.

When it comes to the news we read, one of the biggest challenges can come with understanding what we want from a story. Do we want to get the best information, or get the information which best supports a story?

In The Biggest Bluff, Konnikova recalls a line of advice from poker pro Phil Galfond which helped instil the idea that it’s always worth looking beyond easy and convenient explanations: “What you need to know first and most important of all is that poker is storytelling,” Galfond explains, as relayed in print by Konnikova. “It’s a narrative puzzle. Your job is to put together the pieces.”

“What Phil [Galfond] was telling me was 'take a step back, actually try to look at the narrative structure. Forget what's going on, forget what the story is making you feel, just go through it and say 'does the story make sense, step by step?'

By keeping this in the back of your mind at all times, it’s possible to enter situations with a healthy skepticism. While it might be mentally taxing to question everything, you might be able to lessen the stress – or even the embarrassment – of tying yourself to a position you fell for due to its ring of truth and feeling duty bound to defend just because you’ve plunged headfirst into amplifying its message. “It's such an important skill, rather than being swept up in the narrative, which is what we tend to do, to take a step back and say 'okay, what actually are the steps of the story? What's the logic here? does the story make sense?” Konnikova explains.

This served her well in her first big poker tournament win, an $84,600 score at an event in The Bahamas where, in the final hand, she called her opponent’s all-in bet with ace-high on a ten-seven-ten-two board. It wasn’t the strongest of all possible hands in a vacuum, but she went back to the story, putting together the component parts to identify whether her opponent’s betting pattern – both in this hand and the wider tournament – would have made sense if he had a hand better than hers. On this occasion, she rightly determined that the story he was telling didn’t make sense. And there’s something more satisfying about being right for the right reasons, especially in terms of the confidence it gives you to go down the same path in future.

Perhaps one of the hardest challenges for a poker player is one whose application to news consumption is relatively clear: avoiding thinking you are more advanced in thinking and process than you really are; “The fact that you’re a beginner is good. You still question everything.” That’s one of the messages from Konnikova’s poker coach Erik Seidel – a pro with more than 30 years’ live poker experience and north of $30m in live tournament earnings.

The problem, of course, comes with figuring out when you have stopped being a beginner. The curse of the Dunning-Kruger effect is not just that it can leave amateurs with a false sense of security in their own competence, but that a beginner, almost by definition, lacks the skills to recognise the traits which still make them a beginner.

If you’re thinking ‘that could never be me,’ Konnikova’s experiences could help change your mind. When I bring up the Dunning-Kruger effect, Konnikova starts to laugh, and quickly clarifies that the target of the laughter is her own past self.

“Dunning-Kruger is so real - I mean I've written about it, I've studied it, I've done a PhD in psychology.

“[David] Dunning went on to study other effects...where people will read one article and think they're the world's expert on something. So it's very real, and it's something we all have to work through, and it's something I absolutely experienced early on in my poker career.”

It’s healthy even for those of us who consider ourselves at least intermediate players of poker and readers of news, to retain the “question everything” instinct, even if you believe your own thinking is advanced enough to skip a step or two. Being right about that can save you some time, but being wrong can cause far more damage. An idea you come to on the grounds of reading something which strikes you as ‘obviously true’ is rarely going to be as solid as those conclusions where you show your working.

Here is where the crossover between poker and con artists comes in, and where we can appreciate the gap between emotion and rational thinking which allows us to become targets, be it in poker, in street-corner scams, or in emotive rhetoric which sweeps people up and leaves them unable – or at least reluctant to accept -  they have been conned.

“What I learned from con artists is the first thing they try to do is get you emotional, and then they get you involved in the story because once you're emotional, once you're a part of the story, you stop thinking rationally and you don't see logical inconsistencies. You don't see red flags,” Konnikova says.

By adopting poker thinking, we can look at how a story has arrived before our eyes; to consider the identity of the messenger, and consider what motivation they might have behind sharing the material. It also encourages us, when reading with an inquisitive mind, to continually question whether the body of an article supports the assertion or assertions made in its headline. Finally, it forces us to consider whether the author’s own conclusions match up with the material they are drawn from, acknowledging that they can be just as fallible as we are, regardless of how much we know about them. This approach of taking a step back can allow us, when we read a headline, to consider a number of things which might not instinctively arise when idly scrolling through social media or even when reading news items themselves.

Of course, you can follow this process and still be caught out, be it through gaps in your own knowledge or by later realising something you took as read was actually an instance of you skipping an important step. As Konnikova writes in her book, “You can show people all the charts you want, but that won’t change their perceptions of the risks or their resulting decisions”. To get over that hump, you’ll not just need to do the extra reading; you’ll need to go into it from the position that your default position can be – and often is – plain wrong. If someone offers to fill in the gaps for you, and point you in a certain direction, it’s always worth questioning why.

In “Attack of the 50ft Eyesores,” one of the Treehouse of Horror shorts from The Simpsons, Springfield falls prey to a fearsome mob of giant advert mascots led by the Lard Lad – the colossal mascot of a donut shop whose big donut has been stolen by...