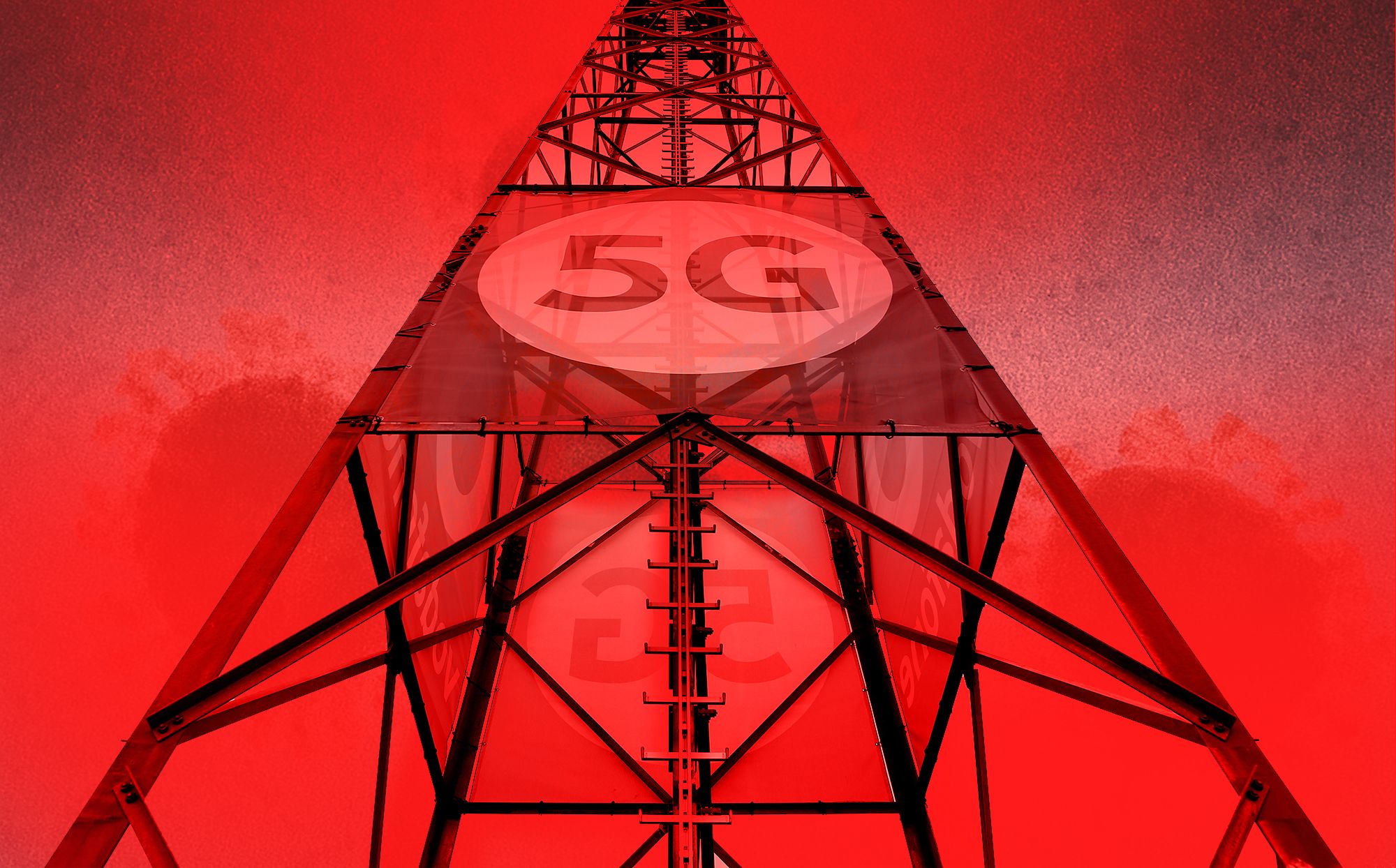 On March 28, a video entitled “Former Vodafone Boss Blows Whistles On 5G - Coronavirus” appeared on YouTube, featuring a speaker identified only as “Pastor Jonathan,” who claimed to be privy to insider knowledge about the damaging effects of 5G from his time as “head of the largest business unit” at Vodafone headquarters in Newbury from 2013 to 2015. After going viral in only a few days, the clip was deleted from YouTube on April 2, but it has since popped up on various other sites and is still being shared widely on social media.

In the video, the speaker espouses a variety of coronavirus and 5G disinformation conspiracy theories, lists credentials as a former higher-up at Vodafone, and as someone who has tried to push for widespread cryptocurrency adoption in Africa. The claims made in the audio clip, such as the symptoms of coronavirus being the result of 5G radiation or that all major pandemics can be attributed to a development in radio technology were quickly debunked, but the identity of the speaker remained a mystery, with some users on social media questioning the authenticity of the clip and pointing out red flags, such as the speaker having trouble pronouncing “Huawei.”

Following an investigation, we were able to discover that the speaker in the audio clip is Pastor Jonathon James of The Light City Christian Ministries.

According to his CV on LinkedIn, James was “Large Enterprise Acquisition Sector Head – Media, Gaming, Technology” at Vodafone from 2014 to 2015. Vodafone insiders told the Guardian that "while James had actually worked for the company, he was hired for a relatively junior sales position in 2014, at a time when 5G was not a priority for the company and was unlikely to be in his remit. They said he ultimately left the business after less than a year."

In the audio clip, James claims that a “Boston Health Group” is investigating that “coronavirus is not a contagion”. There is no evidence that a Boston Health Group exists, although we can see from James’s LinkedIn page that his current role is with a “First Boston Group – Global Commodities” based in London.

Of course, there are currently hundreds of other videos on the internet making similar outrageous claims about 5G, but what made this one particularly successful in its reach, as well as particularly harmful, is that that the speaker is eloquent and convincing (he does, after all, claim that God blessed him with being a “conceptual linguist”), and that this partial anonymity left many believing he was an expert with insider knowledge without the possibility of verifying any of that information. Though James’s motivations remain unclear, he repeatedly asks his listeners to share the clip widely over the course of his speech. Perhaps the anonymity was never entirely intentional and only the result of a transcribing error—‘Jonathan’ instead of ‘Jonathon’—which made it very difficult to trace the presenter or verify his credentials.

James’ identity was pieced together by our researchers, working in conjuction with the Guardian. When reached for comment by the Guardian, James said he “was absolutely shocked that [a] somewhat private message to a dedicated small community went viral and [was] ubiquitously covered [on] various social media platforms.”

James also stated: “For the record, I certainly wasn’t trying to vilify, incriminate or implicate any Mobile Network Operator for their commercial endeavours to roll out their unified telecoms and next generation of mobile topologies in this regard. Had I known my voice note would have gone to a wider audience I certainly would have contextualised my thoughts, been more specific on what I was sharing citing references, and far less explicit. I was simply trying to summarise what the ‘perceived truth’ was behind this bizarre pandemic in the interest of serving my community.”

James regularly preaches at The Light City Christian Ministries in Luton and has claimed to have "advised central bankers in both Congo and Bangladesh on cryptocurrencies." In 2018 he worked as an economic adviser for a Zimbabwean opposition party on "how their destroyed economy could be saved by using Bitcoin-type products pegged to mineral deposits using blockchain technology."