Get Off My LAN: Why Generational Differences Matter Online 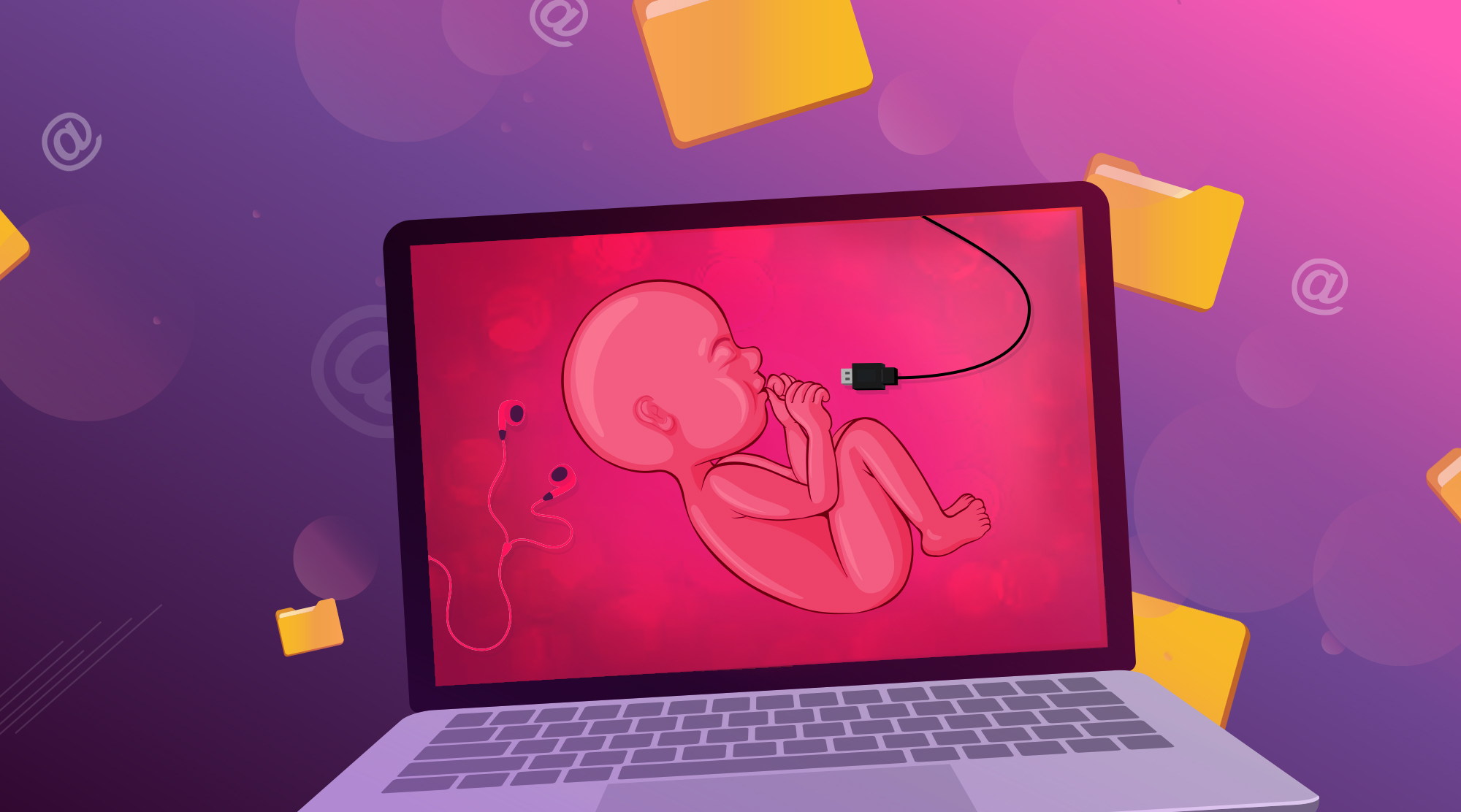 For years now in our political discourse, a generational conflict has been raging. Typically, the lines of this conflict have been drawn as follows: ageing, moneyed Boomers – beneficiaries both of the post-war welfare state growing up, and the re-alignment of wealth associated with neoliberalism as adults – have been castigated by their offspring, the lost, failing and crisis-struck Millennials – mostly for hogging all the secure jobs and housing. In turn, Boomers blame Millennials for laying waste to any industry they might turn their minds to – from golf to napkins to mayonnaise. Boomers see Millennials' failure to accrue any real wealth for themselves as the product of their own laziness and entitlement – as just desserts for their profligate habits, splurging what should be their pensions on frothy coffee and avocados.

But recently, a new faction has arrived on the generational discourse scene. Over the course of the last few weeks, a series of viral posts and articles have made it clear that millennials – the oldest of whom, after all, are now pushing forty – are no longer what anyone should really mean when they talk about “young people” (Millennials might largely exist in a state of arrested development – but that’s not really the same thing). Instead the world’s youthful hope and promise must now be invested in Generation Z, or Zoomers – the generational cohort born from the late 90s, to around 2012. And the Zoomers – as it turns out – have a very low opinion not only of their Boomer grandparents (as the earlier controversy over the phrase “OK Boomer” already showed), but their Millennial elder siblings: conceiving of us as simperingly fragile Harry Potter nerds, unable to even keep the house plants we seem so proud of alive; they think we use hashtags and emojis on social media all wrong (yeah, yeah, at least Vine was actually funny). This has led to Millennials on social media experiencing a sort of mass crisis of confidence – like Homer in that episode of The Simpsons where he joins the travelling alternative music festival (yes I realise this is a desperately Millennial reference), discovering to his shock that he is, at 36, no longer cool.

People like generational discourse – they get off, somehow, on thinking in the sort of broad, stereotyped terms it invites (except perhaps Gen Xers, who must, let’s face it, feel rather left out). But there is more than a little controversy about how useful it might be to understand society in generational terms – particularly if the experience associated with being a member of a particular generation is supposed somehow to take priority over other factors, such as race or class. “It’s ludicrous,” Andrew Hart writes in a lucid debunking of the generational theory of politics for Jacobin, “to think that a poor person born in 1950 shares more with a billionaire born the same year than a poor person born in 1995.”

Nevertheless – as Luke Savage points out in a more recent treatment of the subject for the same publication – the idea that different generational cohorts will share at least some broad aspects of their experience of the world remains both powerful and real. People in the West under 40, for instance, are a lot less sympathetic to capitalism than people over 40: arguably because capitalism has, in general, treated them far less favourably. “There is nothing inherently radical or reactionary about belonging to any particular generation just as there’s nothing inherently progressive or conservative about being a particular age,” Savage writes. “But there are a broad set of experiences and social realities that inevitably shape everyone’s attitudes and political views.”

Consider for instance the fact that older people are significantly more likely to share ‘fake news’: a 2019 study found that 11% of Facebook users aged over 65 shared fake stories; with only 3% of 18-29 year-olds similarly taken in. Indeed, the study found that age was the only broad demographic factor (age, gender, level of education, etc.) which correlated with an increased likelihood to share fake news (although voting Republican also strongly correlated as well, though the researchers see this as a psephological factor rather than a demographic one). Meanwhile, recent activism associated with the (mostly young, Zoomer) K-Pop fandom has not only highlighted the fact that some of the world’s most widely popular youth cultures exist almost completely beyond mainstream media recognition, but that young people use the internet in ways that older people, even older Millennials, find basically quite alien (for example, one reason why it has been hard to confirm or disprove the impact of K-Pop stan involvement in the disruption of a Trump rally in Tulsa, Oklahoma is that the activists are not given to leaving the sort of online trail of their activities that older internet users find it possible to trace).

There is an obvious reason why generational factors would be particularly important when it comes to what happens online. The internet is a huge, massively transformative technology – although I suppose one might argue that it is difficult to think of the technology we call ‘the internet’ as a monolith, as opposed to a conglomerate comprising various somewhat more discrete technologies, e.g. ‘the world wide web’, ‘smartphones’, and ‘social media’. At any rate, the transformations associated with the internet have all happened within living memory. The Boomers were adults when home computing (and the internet) started to become widespread – Millennials were, at most, in their early teens. Some older Zoomers may have a distant memory of a world where internet access was still less-than universally widespread, and before smartphones were something almost everybody has – but they have, for the most part, spent their lives online.

Here I think it is interesting to bring in an example from linguistics. When two or more groups of speakers meet who do not have a shared language in common, they will, over time, improvise a ‘pidgin’ language that they can use to communicate – combining words from a number of languages with gestures and onomatopoeia, and with a simplified grammar. (The term ‘pidgin’ derives from the ‘Pidgin English’ spoken between Chinese and English traders in South China). Sometimes the pidgin will remain just that – a tool, really, that two different communities can use to interact. But sometimes, something interesting happens: the next generation of the community will grow up speaking the pidgin dialect from birth, as something they have a native fluency in, and the language will become what linguistics call a ‘creole’ – a new, fully-fledged language, with a grammar just as sophisticated as that of any other (examples of widely-spoken creoles include Haitian Creole and the national language of Papua New Guinea, Tok Pisin). It has been hypothesised that English itself emerged through this sort of process in the Middle Ages.

What I want to say about this example is this: perhaps we can observe an analogous process associated with the advent of the internet. Boomers, for the most part, use the internet like someone trying to improvise a pidgin between themselves at the machine – never quite comfortable with the tools at their disposal (the sort of behaviour associated with the “using Facebook like a Boomer” meme). Millennials have something closer to native fluency – but ours is the near-native fluency of someone speaking in a second language we know very well; it will never quite be ‘us’, since we remember a time before the internet’s domination was total (what happens off social media will always seem somehow more authentic than what happens on it).

But perhaps for Zoomers, the internet really is their first language: from their earliest childhoods, the ‘real’ and online worlds have been increasingly merged; they are the first generation for whom the online-irl distinction might plausibly seem completely irrelevant. By the time their successors come along, ‘Generation Alpha’ as they will apparently be called, online-independent reality will have been eliminated entirely: my son, born last year, will never know a world in which the internet does not permeate everything we do.

All this, I think, is important to bear in mind when we are attempting to think critically about online news. The internet has transformed – and is still transforming – human consciousness. But it has not transformed everyone’s consciousnesses in the same way. Younger brains are much more plastic – that’s why generational differences count.

Parliament was dissolved in the early hours of Wednesday morning.