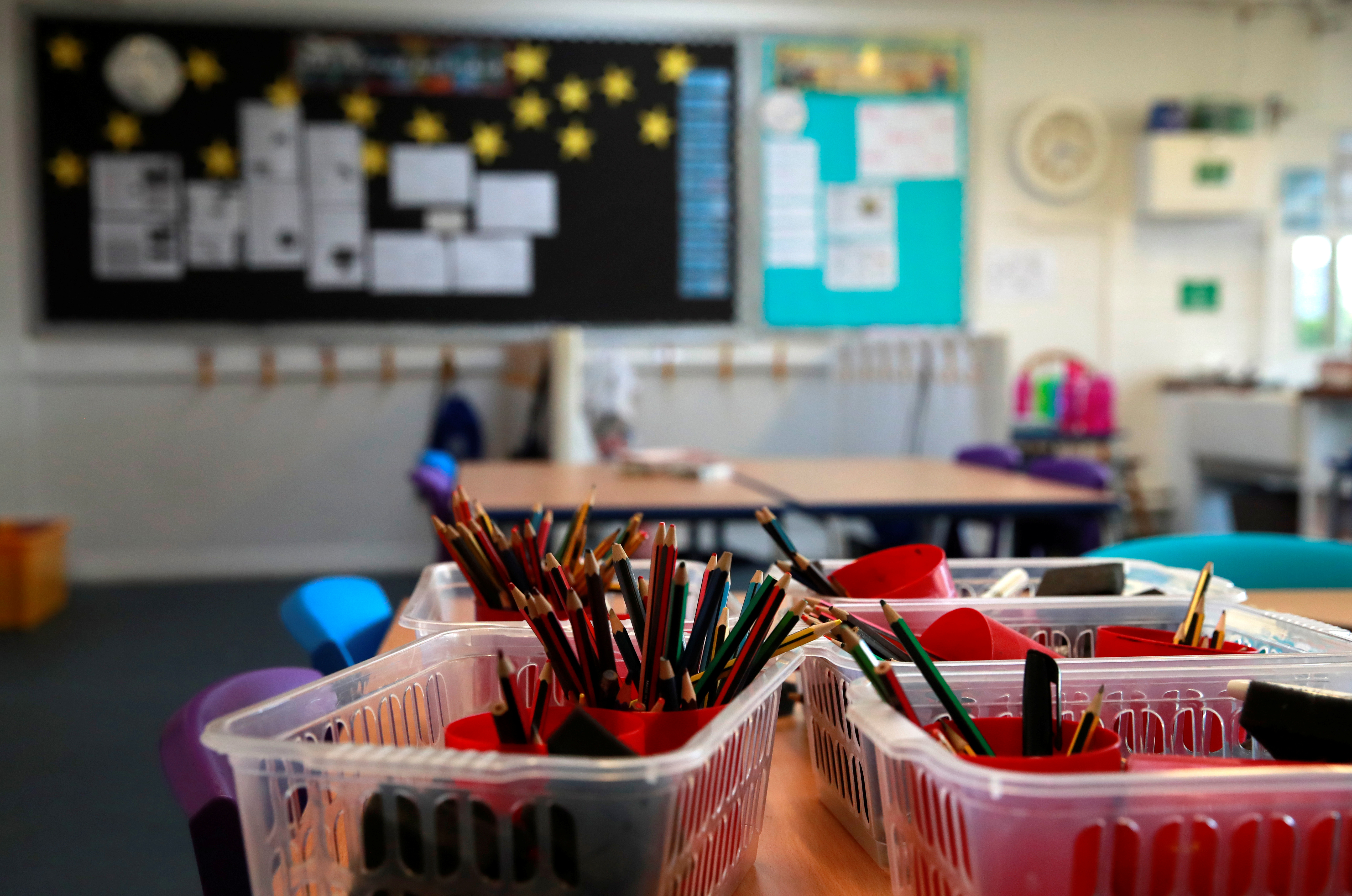 A Logically investigation can reveal that a campaign to promote COVID vaccine hesitancy among schoolchildren and parents is being coordinated on Telegram, with ambitions to spread its message across the U.K. Future Z, an anti-COVID-vax campaign group, is run by parents including a cosmetic tattooist and beautician from Leeds, Nichola Hindle-Marsh. Hindle-Marsh registered the campaign group’s website Twitter account; she also has a prominent role in the group’s influential and networked Telegram community and has boasted about sending anti-vaccine material to school with her children to be distributed among other students.

Future Z - Anti-vax for the kids

According to its associated Telegram group, Future Z was originally called the Working Schools Group. However, in late May 2021, it relaunched as Future Z, with a website, Telegram channel, Twitter, and Instagram profile. This relaunch represented a significant shift in focus, shifting the primary target of their campaigning from parents to children.

Filled with like-minded young people, parents and grand-parents, we are passionate about giving a voice to young people who are concerned about their school and education.

Together we shine the light on topics of concern that mainstream media and Governments chose not to show.

This description, found on its homepage, decries “overzealous lockdown measures” and “obedience culture” (a dog whistle for mask-wearing in schools). This section avoids explicitly mentioning vaccines, COVID, or masks, but immediately underneath is a link to materials for their “current campaign,” which prominently features the hashtag #safertowait – boosted by prominent influencers in vaccine skeptic circles.

Linked as downloadable .pdf and .png files, these flyers show the true thrust of Future Z and how it is directly targeting children and teens:

The flyer aims to repackage vaccine hesitancy for younger people. As well as spreading disinformation directly through the flyer, the QR code sends users to a corresponding web page hosting a video from Dr. Charles Hoffe – a Canadian physician notable for appearing on anti-vax podcasts and websites alongside Robert Kennedy Jr.

A final page, targeting 12-16-year-olds, is linked from the one above. Mimicking the style of “BBC Bitesize” revision pages, which will be very familiar to children of this age group in the U.K., this page presents a litany of false claims, disinformation, and misrepresented data around mRNA vaccines.

Further down, there is also advice for children on how to refuse the vaccine, and the legally unfounded claim that being encouraged by family and friends to get vaccinated is a “hate crime.”

Telegram organization - Radicalization for the parents

Organization on Telegram takes a similar form to QAnon adjacent anti-child trafficking campaign Freedom for the Children UK and its Facebook operation, in that there is a centralized “hub” group and regional satellite groups for local efforts. In the case of Future Z, there are currently 44 satellite groups spanning from the Isle of Wight to the Highlands of Scotland. The “hub” group currently has over 1,000 members.

Logically has obtained archives of the “hub” Telegram group and can reveal the extent of the group’s organization efforts, as well as crossposting with more extremist conspiracy groups.

The message above (with contacts and groups redacted) shows the level of activity in the group. Though not yet a household name like Save Our Rights UK or The Great Reopening, it is clear that Future Z has designs to follow in their footsteps. The group’s infrastructure includes web and graphic designers – evidenced by a call to bug-fix their website – and even legal support through a union whose current news page shows that they have partnered with other anti-COVID-vax campaign groups.

The call to action to print off flyers and stickers has led to localized crowdfunding efforts to print leaflets and “formal letters” to distribute to schools nationwide. At the time of archiving, we counted 40 links to GoFundMe campaigns for such regional printing efforts. A previous campaign saw similar crowdfunding to deliver a letter to all headteachers in the U.K.

Further grassroots campaigning consists of stickering outside schools with QR codes leading to the group website, as well as single tasks referred to by the moderators as “missions” that are often discussed in separate channels.

The group also offers training for new members. Administrators insist that participants keep their cameras on, demonstrating a level of paranoia and associated efforts at operational security.

This paranoia is unsurprising. An analysis of messages forwarded to the Future Z hub group found no fewer than 32 messages from explicit QAnon groups and figures, including Charlie Ward and Mark Steele. In addition, there was significant cross-posting from similar ‘online organized, offline activist’ groups The White Rose and The Light “Truthpaper”, both of which specialize in the distribution of anti-lockdown and anti-COVID-vax stickers and pamphlets. More worrying still is the shared messaging to openly far-right channels, including Tommy Robinson pages, “groyper” and Pepe groups, and a “zero tolerance” U.K. news channel that frequently contains extremely racist content. We have previously examined how easily more radical elements can shift the conversation in conspiracy and anti-lockdown groups much further rightwards. WIth Future Z’s specific contact and targeting of parents, children, and schools – the alarm at the forwarding to the group is by no means unfounded.

In investigating the infrastructure of this group, Logically uncovered how Nichola Hindle-Marsh, a former marketing director and now cosmetic tattooist, has played a significant role in getting the Future Z campaign off the ground.

Efforts have been made to keep the registration details for the Future Z website anonymous. However, the organization used to register the website is listed as Spadina Limited, a capital management company based out of Leeds. Nichola Hindle-Marsh is listed as a secretary on Companies House and the company is run by her husband Peter Hindle-Marsh.

Hindle-Marsh does not list her Future Z role on LinkedIn but does provide both her current role as a cosmetic tattooist and her phone number for bookings. This number was then cross-referenced against the Future Z Telegram group member list, where she appears as the third person to ever post in the group and also provides her email address for confirmation in her inaugural post. Here, she positions herself as one of the driving organizational forces within the Future Z movement, setting up the first campaign under this name.

In the group’s nearly 10,000 messages between just over 1,000 members, she has posted 548 times, organizing Zoom meetings, troubleshooting its website, compiling spreadsheets of member locations, and generally running things in a slick and organized fashion. Early archived images from the Telegram group also show her running a Telegram group under the organization’s previous name.

A look at Hindle-Marsh’s personal social media accounts reveal her journey to anti-COVID-vax beliefs via QAnon. A long-abandoned Twitter page follows only Rudy Giuliani and an archive of Trump’s tweets as president. On Facebook, she has liked numerous QAnon figures – including Corey Goode and David Wilcock who featured alongside Jordan Sather in Above Majestic – and a post about the U.K. government’s handling of COVID contracts takes a hard turn towards “Davos Elites” and “Globalists.” In the Future Z Telegram group, she talks about military tribunals and elites being “strung up” – foundational QAnon lore.

While organized anti-lockdown, anti-COVID-vax, and anti-mask groups are not new – and nor is the bleed of QAnon and other conspiracy theories into these groups – funneling a cocktail of these beliefs towards schoolchildren is a novel and dangerous approach. Hindle-Marsh brags about sending leaflets out with her child to distribute, aiming to “plant seeds” with concerned parents and other children.

Hindle-Marsh clearly has big plans for the Future Z project. The fact that it's a relatively offline and underground organization means that the group has been able to assemble a dedicated and growing member list across the U.K. Much has been made of anti-lockdown protests and the far more visible online anti-COVID-vax groups and movements. However, this investigation shows that a quieter and far-reaching conspiracy network may be gathering at the school gates.

Hindle-Marsh did not respond to a request for comment on her role in Future Z.

Update, July 1 2021:  As of this morning, Future Z has removed its website and renamed its Telegram group to “Schools Working Group” - its previous name before the Future Z campaign. Ms. Hindle-Marsh posted a PDF informing group members how to leaflet outside schools and how to engage with the press - though she has still not responded to our request for comment.

Fundraisers are still active across 21 of the 44 regional groups operated by Future Z. To date, the group’s fundraisers have raised over £12,000 to distribute anti-vaccine propaganda to schools and children. The group is also currently talking in earnest about home schooling (including buying a premises specifically for home schooling).

Earlier this week, a twitter account ostensibly belonging to a British writer named R.S. Archer, the author of the ‘David Saunders’ series of books, married to a French woman and living in the Dordogne, began posting about a British couple he knows...