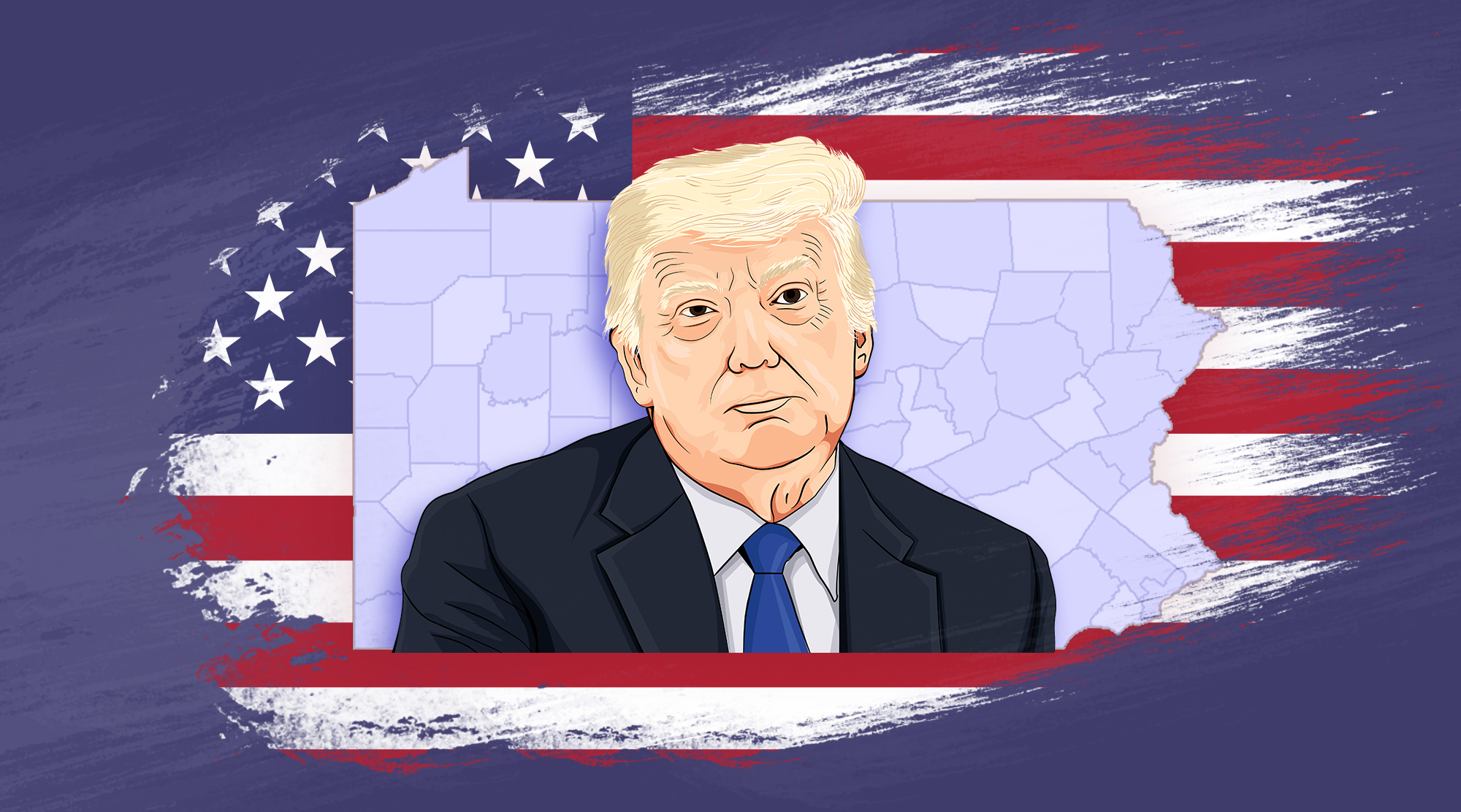 When the coronavirus infection started spreading in the United States hospitals did not have enough lifesaving ventilator machines. In March, large or small ventilator manufacturers were scrambling to pump out as many ventilators as possible to meet the demand. By August, states reported a surplus of ventilators.The Department of Health and Human Services said it had handed out 15,057 ventilators by August, and there were 95,713 ventilators in the federal stockpile. It seems that even though ventilator access was a problem initially, it did not become widespread, and the government now has a surplus of ventilators.

“The excess mortality rate is among the best in the whole world.”

By comparing the excess mortality rate, Trump implies that the U.S has handled the pandemic better when compared to Europe. However, this comparison is misleading, as experts say comparing excess mortality rate cannot be relied on as an absolute measure of gauging coronavirus's impact in different countries. Trump's reference to the excess mortality rate is deceptive because various metrics related to the pandemic suggest that the U.S. is one of the worst-hit countries. Barring Spain, all other European countries have a lower case fatality ratio as of Sep. 16, 2020, per data published by the John Hopkins Coronavirus Resource Center. Also, currently, the U.S. has the highest caseload in the world.

“I did not downplay the threat of the virus. I up-played it in terms of action”

Trump repeatedly played down the threat of the virus, often comparing it to the seasonal flu and was slow in effectively responding to the virus. President Donald Trump admitted he knew weeks before the first confirmed U.S. coronavirus death that the virus was dangerous, airborne, highly contagious, and “more deadly than even your strenuous flu,” and that he repeatedly played it down publicly, according to journalist Bob Woodward in his new book 'Rage.'

The day after the first case was confirmed in the U.S. on Jan. 21, Trump made his first comments about the coronavirus, saying he was not concerned about a pandemic: “No. Not at all. And we have it totally under control. … It’s going to be just fine.” On Feb. 27, Trump said publicly: “It’s going to disappear. One day – it’s like a miracle – it will disappear.” On Mar. 9, he compared it to the flu, tweeting, “Nothing is shut down, life & the economy go on. At this moment, there are 546 confirmed cases of CoronaVirus, with 22 deaths. Think about that!” reported the Guardian. He repeatedly downplayed the virus at the beginning of the pandemic. A timeline of Trump’s response to the virus shows that in March, he often said that “the virus is going to go away” and “everything is under control.”

“Joe Biden said I was xenophobic because I put the ban on.”

Joe Biden has used the word 'xenophobia' in the context of Trump's handling of the coronavirus crisis and not for the China travel ban. Biden's scathing remarks were directed at Trump's usage of the term 'Chinese virus' and his claim about House Speaker Nancy Pelosi being responsible for many deaths because she allegedly attended a street fair in Chinatown, San Francisco. In all the instances, Biden has used the word 'xenophobic' in the context of Trump's handling of the pandemic, and his statements indicate he never opposed the China travel ban in particular. Biden's campaign issued a statement saying the former vice president supported Trump's decision to ban foreign nationals who had been in China for 14 days before entering the United States.

Joe Biden has called on all governors to have a mandate on masks. “Well no, but he didn’t do it. I mean, he never did it.”

“We created the greatest economy in the history of the world”

“Nancy Pelosi was standing in the streets of Chinatown in San Francisco late – a month – more than a month after that -- saying this thing’s totally exaggerated.”

Pelosi urged people to shop and eat there at a time when tourism was suffering because of the coronavirus, but never said it was exaggerated. Pelosi never suggested that coronavirus did not exist. She said, “We want to be careful how we deal with it (coronavirus). But we do want to say to people, come to Chinatown. Here we are, again, careful, safe, and come join us.” She stressed the need for “prevention, prevention, prevention” and urged people to be “concerned and vigilant,” but not “afraid.”

“Coronavirus is going to disappear. It can go away without the vaccine.”

Experts believe that as the pandemic wanes, the virus may synchronize to a seasonal pattern with diminished severity over time due to mutations.WHO emergency director, Dr. Mike Ryan, said that coronavirus may never go away. Even if a vaccine is found, controlling the virus will require a "massive effort." Even when a vaccine arrives, it is likely to only suppress but never completely eradicate the virus, according to an article published in the Atlantic. Even so, Covid-19's trajectory is difficult to predict as the virus is still being studied and one cannot predict that the virus will go away. Furthermore, World Health Organization Director-General Tedros Adhanom Ghebreyesus on August 3 cautioned that "there's no silver bullet at the moment and there might never be," about the virus, adding that countries should continue contact tracing, hand washing, and social distancing to slow the novel coronavirus' spread.

“The top 10 most unsafe cities are run by Democrats.”

While the cities with the highest crimes have Democrat mayors, studies show little correlation between party affiliations and crime. Although Trump's claims seem true at first glance, the insinuation that the overall crime situation is worse in these cities is misleading. The ranking of cities based on the FBI crime data does not portray a realistic picture of the density of criminal activities in the region because of the varied demographic and cultural factors that are at play in each city. The FBI itself explicitly warns against this type of ranking and says that each year when crime in the United States is published, some entities use the figures to compile rankings of cities and counties. These rough rankings provide no insight into the numerous variables that mold crime in a particular town, city, county, state, tribal area, or region. Consequently, they lead to simplistic and/or incomplete analyses that often create misleading perceptions adversely affecting communities and their residents. Valid assessments are possible only with careful study and analysis of the range of unique conditions affecting each local law enforcement jurisdiction. The data user is, therefore, cautioned against comparing crime data of individual reporting units from cities, metropolitan areas, states, or colleges or universities solely on the basis of their population coverage or student enrollment. Hence equating surging crime rates with certain party affiliations in cities does not count as a realistic picture of the reasons why certain cities have high crime rates, thus making this claim misleading.

“We have tremendous African American support. You’ve probably seen it in the polls.”

Trump has between 5 percent to 11 percent support among Black voters, according to polls from Fox News and Quinnipiac University. The most recent polling is similar to where Trump stood in 2016, when 8 percent of African American voters supported him, according to exit polls.

“Our healthcare plan will protect people with preexisting conditions.”

Trump allowed the sale of short-term health insurance plans and Association Health Plans (AHP) that do not require pre-existing conditions to be covered. Even since Trump entered office, he has been trying to repeal the Affordable Care Act (ACA). ACA requires health insurers to cover people with preexisting medical conditions and not charge them more when they have an expensive medical condition. In 2018 the Trump administration allowed small businesses to offer Americans cheaper, less-comprehensive policies, the AHPs, that last only up to a year. However, because AHPs are short-term, companies can charge higher premiums or deny coverage based on medical history and preexisting conditions, which Obamacare made illegal for long-term plans. On August 7, Reuters reported that Trump is working on an executive order to require health insurers to cover preexisting conditions; however, he has not yet done so.

“Our military was depleted. It was in the worst shape it was in probably ever. I’ve rebuilt it using $2.5 trillion”

President Donald Trump's estimate of spending nearly $2.5 trillion on 'completely rebuilding' the military referred to total defense budgets the administration had rolled out between 2017 and 2020, rather than the procurement of new equipment or other forms of rebuilding. However, even the $2.5 trillion figure Trump is giving is inaccurate. On adding the four fiscal defense budgets — $606 billion in 2017, $670.6 billion in 2018, $685 billion in 2019, and $738 billion for 2020 — the total amounts to $2.7 trillion.

“I took over 100 percent of the ISIS caliphate”

While the Trump administration has proposed several significant plans to increase stability in the region, it is clearly untrue to suggest that peace has been achieved. Although Trump reduced the strength of U.S. troops in Afghanistan, it was under his watch that in April 2017, the United States dropped the “mother of all bombs” — the most powerful conventional bomb in the American arsenal — on an Islamic State cave complex in Afghanistan. The GBU-43/B Massive Ordnance Air Blast Bomb (MOAB), known as "the mother of all bombs", is the largest non-nuclear bomb ever used by the US in a conflict. The BBC reported that the Pentagon said it was dropped from a US aircraft in Nangarhar province and that the news came hours after the Pentagon admitted an airstrike in Syria mistakenly killed 18 rebels. A report published by USA Today citing data from U.S. Air Force Central Command stated that ‘From Jan. 1 through October, U.S.-led forces have used 6,208 missiles and bombs in Afghanistan. That compares with 5,982 for the same period in 2018, which saw the most airstrikes of any year since the Taliban was toppled in 2001.’ Relations between the US and Iran also continue to be strained especially after a US attack that killed top Iranian general Qasem Soleimani in January 2020 which prompted Iran's Supreme Leader Ali Hosseini Khamenei to pledge ‘severe revenge’. Iran retaliated by firing missiles at airbases housing US forces in Iraq, causing no casualties, the BBC said. The US has been pushing for a reimposition of international sanctions on Iran. In August 2020, US Secretary of State Mike Pompeo said Washington had formally notified the UN that it wants all sanctions on Iran restored, claiming significant Iranian violations of the 2015 nuclear deal between Tehran and six major powers that were endorsed by the UNSC.

“We were short on ventilators because the cupboards were bare when we took it over.”

This suggests the number of ventilators left behind by the Obama administration in the Strategic National Stockpile (SNS) was zero. But, the administration had already publicly released a figure of 16,600 back in March. “There were about 16,600 ventilators in Strategic National Stockpile before equipment was recently shipped to states. The number is now less,” an HHS official told CBS on Mar. 26. HHS said that the number available in March 2020 was essentially the same as January 2017, when Barack Obama left office.

Thousands of teen users of the social network TikTok have claimed responsibility for the low attendance of Donald Trump’s re-election rally in Tulsa, OK on Saturday. Bolstered by fans of the niche musical genre K-Pop (which originated in Korea,...