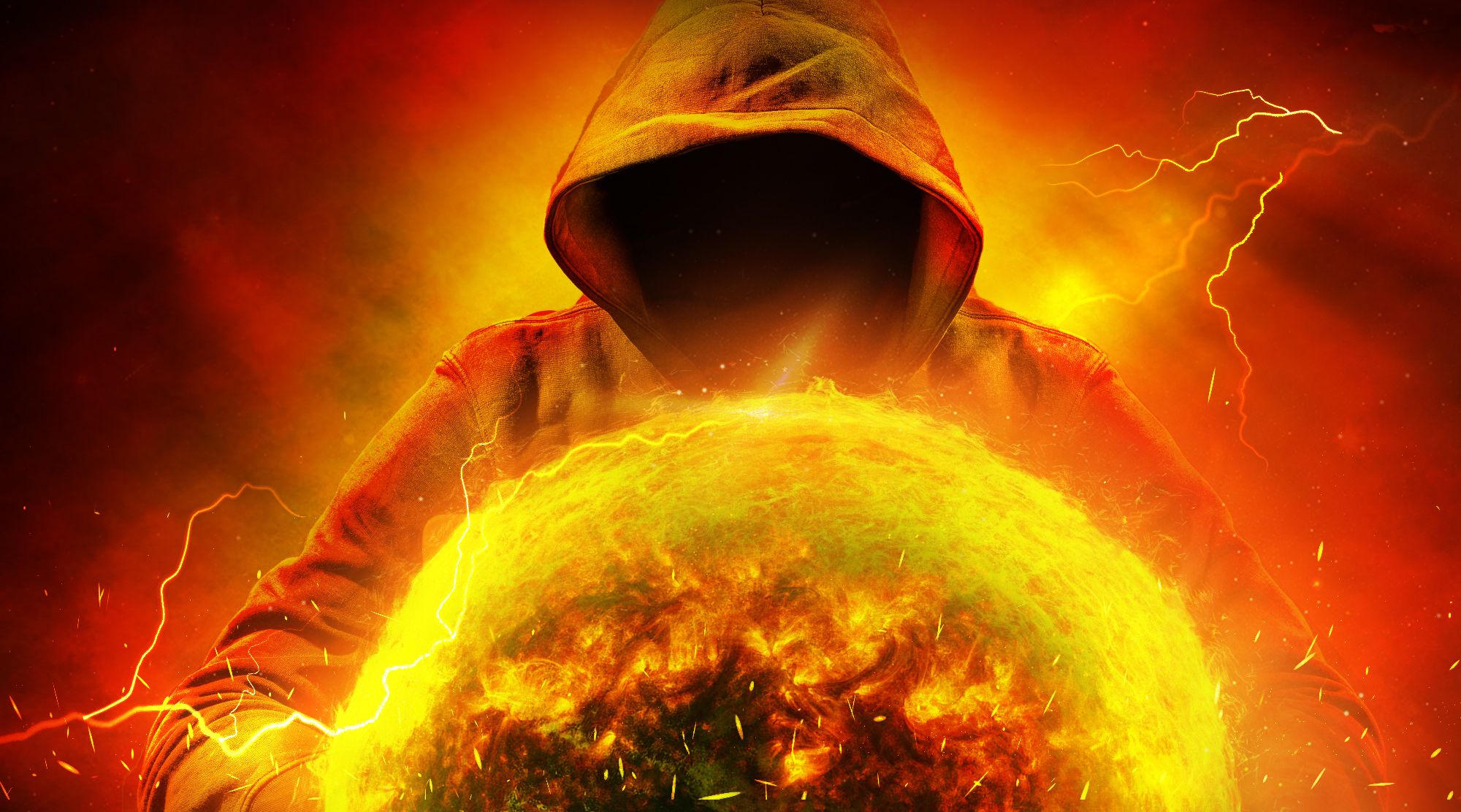 Against the backdrop of the coronavirus pandemic, conspiracy theories seem to be undergoing something of a renaissance: 5G towers have been burned down, various cures have been touted, and eventually some people even started talking about the end of the world. Last week our colleague Joe Ondrak delved into the theory behind the cultic milieu—a ‘collective cognitive space’ that glues ‘deviant belief systems’ together—to explore what makes conspiracy theories merge into elaborate, all-encompassing ideologies. As Joe pointed out, truth seekers often find their common ground in an overarching ‘suspicion of orthodoxies,’ whether these be religious, scientific, or political. Within this space, theories can get traded around like baseball cards, until sooner or later a wider framework starts taking shape. When looking at coronavirus conspiracies with a religious component, for example, it’s striking to see how they often adhere to a specific subset of Christian beliefs, quoting the same Biblical passages with similar interpretations. The main common thread: a belief that the end-times are imminent.

16 And he causeth all, both small and great, rich and poor, free and bond, to receive a mark in their right hand, or in their foreheads:

17 And that no man might buy or sell, save he that had the mark, or the name of the beast, or the number of his name.

18 Here is wisdom. Let him that hath understanding count the number of the beast: for it is the number of a man; and his number is Six hundred threescore and six.

Over the last 2000 years, the apocalyptic visions in the book of Revelation have led to a swarm of interpretations, often shaped by—or repurposed for—whatever was happening in the world at the time. The current pandemic-related theories have managed to weave together an impressive complex narrative in which Bill Gates is cast as the Antichrist set to establish the New World Order, where the coronavirus vaccine will be enforced and tracked with a microchip patented #666—the mark of the beast—and where 5G towers announce the return of the giants, if they’re not actually the giants themselves. Might there be something truly unique about these theories? Or is it simply a case of the internet helping to create a perfect storm for them to snowball, reach more people, and get us to notice the connections. Author David Foster Wallace once wrote that “everybody is identical in their secret unspoken belief that way deep down they are different from everyone else.” Could this perhaps also be true on a generational level? In either case, what is it that makes one think they—or their generation—are special enough to deserve the end of the world? We reached out to Dr. Chris Deacy, Reader in Theology and Religious Studies at the University of Kent, to talk about what was new about our current crop of apocalyptic conspiracies, and what we could learn from their history.

“In the early Church it was always assumed that Jesus's second coming was imminent,” Dr. Deacy said when I asked if there was such a thing as ‘epochal exceptionalism,’ the idea that every generation is liable to think they are living through the end times, “but life continued.” Deacy pointed out that this way of thinking is also found in non-religious contexts: “For Karl Marx, 1848 was believed to be the 'year of revolutions' and that the world order would be upended. When it didn't happen, then the next crisis would do the trick.”

Doomsday prophecies have enjoyed periodic surges in popularity throughout history, often coinciding with trying times. “It is always fascinating how [concerns about catastrophes] intersect with what is happening in political and scientific discourse,” Deacy said. “For me as an academic who researches eschatology [the theological study of the apocalypse], it is fascinating to see what people are saying about the end of the world - but it often says more about them than it does about the end of the world. We learn more about people's value system, their need for hope and what it is that they need to be rescued from than we do about the veracity of the prophecies themselves.”

End-times prophecies, much like conspiracy theories, may indeed reveal more about humanity’s concerns than they do about their specific subject matter. On that, Deacy also noted how science fiction as a genre has been better at depicting dystopias than utopias. “There is plenty of literature on how, in today's world, people will turn to apocalyptic traditions to confirm their sense of how bleak and pessimistic our condition is.”

Though some of the ways these prophecies are used are often benign, the political motives are sometimes more obvious. Deacy recalled how President Reagan’s talk of Biblical Prophecy and the Battle of Armageddon, as well as his characterization of the USSR as an ‘evil empire,’ colored the United States’ stance in the Cold War. “I have come across research,” Deacy added, “which talks about how the AIDS crisis in the 80s as well as drugs, New Age Mysticism and homosexuality was supposed to prove that the US was sinking into a morass of sin and evil, with the United Nations or the European Union, a computerized economy and orbiting satellites all supposedly part of a new world system that prelude the coming of the Antichrist.”

When examining the source material often quoted and shared in doomsday circles, however, it’s difficult to ignore that these ideas are often rooted in extreme ideologies, at times staunchly Zionist and anti-Islamic, such as with televangelist and pastor John Hagee, chairman of the Christian-Zionist organization Christians United for Israel; at others, they’re rabidly antisemitic. The extreme nature of these belief systems mean they can be used as potent radicalization tools; preying on fearful, vulnerable, and soul-searching individuals under the guise of being something holy. Deacy observed how the concept of the Rapture, which emerged in fundamentalist circles some fifty years ago, did exactly that. “Those who are born again can go on an odyssey around heaven while everyone left on earth will, as one author has put it, slog it out in some almighty Armageddon. In the words of Jerry Falwell, ‘You’ll be riding along in an automobile,’ and ‘when the trumpet sounds you and the other-born again believers in that automobile will be instantly caught away – you will disappear, leaving behind only your clothes… That unsaved person or persons in the automobile will suddenly be startled to find the car moving along without a driver, and the car suddenly somewhere crashes.’”

It might not seem obvious how fact-checking initiatives, including the work we do at Logically, can help to address misinformation rooted in deep religious belief, but Deacy insists that the remedy lies in using the same approach one would with any academic subject. “I think the answer is that people need to check the reliability and authenticity of a source,” he said. "Like John Cleese once said, the question that is at the heart of our humanity concerns what will happen to us when we die and whether there is a life after death - yet this is not the sort of question that will come up on the ten o’clock news." Inevitably, people will find somewhere to engage in these discussions. “The important thing," Deacy continued, "is to find where a claim can be corroborated and ask whether - and if not why not - news media are reporting it. It is analogous to the advice we give to our students to make sure that they draw on scholarly sources to underpin their research and that they don't take sources at face value but ask rigorous questions about their authenticity, their raison d'être, their purpose and their audience.”

For years, visitors have flocked to Loch Ness, the deepest freshwater lake in the United Kingdom, situated near the Scottish Highland town of Inverness. While the loch is a beguiling and beautiful spot, popular with both paddle boarders and dog...