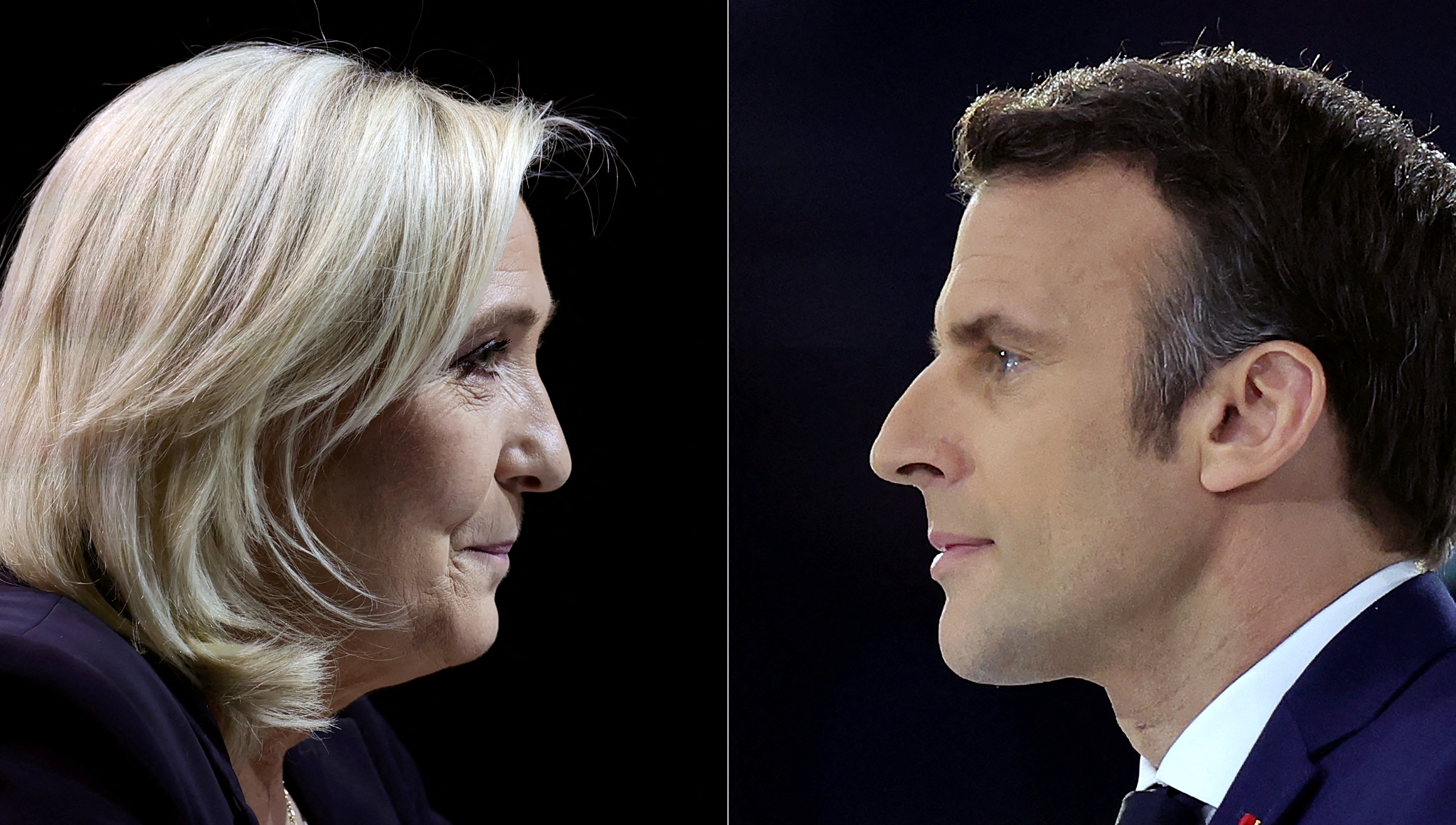 The first round of votes for the French Presidential Election took place on April 10, putting President Emmanuel Macron ahead of the National Rally’s Marine Le Pen, with 27.8 to 23.2 percent of the votes respectively. With the next round of the elections set to take place this Sunday (April 24), we saw that some of the claims centered on election fraud and conspiracy in a way that directly mirrored Trump and QAnon’s false claims on stolen votes. Bolstered by anti-vax groups, many claims focused on Macron’s response to COVID-19, with rumors circulating around plans to extend restrictions.

On numerous occasions, pundits have said that the results are tight, with critics of Le Pen fearing the far-right politician could gain voters who are concerned about sharp increases in living costs. However, following a presidential debate on April 20, polls put Macron firmly in the lead, with one snap poll putting the President ahead at 59 percent to 29 percent. Commentators have pointed to Macron’s disclosure that the opposition took out a nine million euro loan from a Russian bank in 2014 as something that may have contributed to dwindling support for Le Pen, who has previously said she always acts independently. Other claims, such as one asserting that the EU is planning to place an embargo on Russian oil, cannot yet be verified. However, given the complexity and wide reach of the claim, we’ve done our best to break it down for you.

Several social media users have claimed that it is likely that Macron will reintroduce COVID-19 restrictions if he is re-elected. France scrapped most of its Covid laws in March 2022, and there’s no indication that Macron intends to return to the measures. While some individual venues are permitted to ask for proof of vaccination or a negative test, it has not been enforced by the state.

FALSE: Dominion voting machines were used in the first round of elections.

Voting machines are very rarely used in France, with several pilots on the voting system scrapped due to fears of discrepancies and widespread criticism. There are no plans to use the U.S. company’s Dominion voting machines in the French elections. Audits of the technology during the U.S. Presidential elections found that the systems are reliable.

FALSE: French President Emmanuel Macron warned that sanctions against Russia would lead to an influx of "60 million refugees" into Europe.

A screen shot of a BBC article reporting that Macron is intending to pass legislature to take in millions of refugees was shared on several social media platforms. The image and headline is false, as BBC journalists confirmed to Logically.

UNVERIFIABLE: The EU is planning to put an embargo on Russian oil but will hold off voting until after the French elections.

The New York Times reported that anonymous sources have said that the EU is planning to back an embargo on Russian oil but will hold off voting until after the French elections so as not to interfere with Macron’s chances of a win. However, other outlets have explained that the situation is complex, as it requires the unanimous vote of all 27 EU member states.

MISLEADING: The president of the University of Nantes broke rules on neutrality by supporting Macron.

Right wing commentators attacked the president of the Univeristy of Nantes for sending an e-mail to staff and students urging them to vote for Macron and called for her resignation. While her position is controversial and not supported by university policy, the academic was within her rights to express her individual opinion.

Making sense of an ambiguous threat like state disinformation is not easy, but more important now than ever. Because nations such as Russia artfully implement denial and deception, it may seem near impossible to determine the scale and types of...