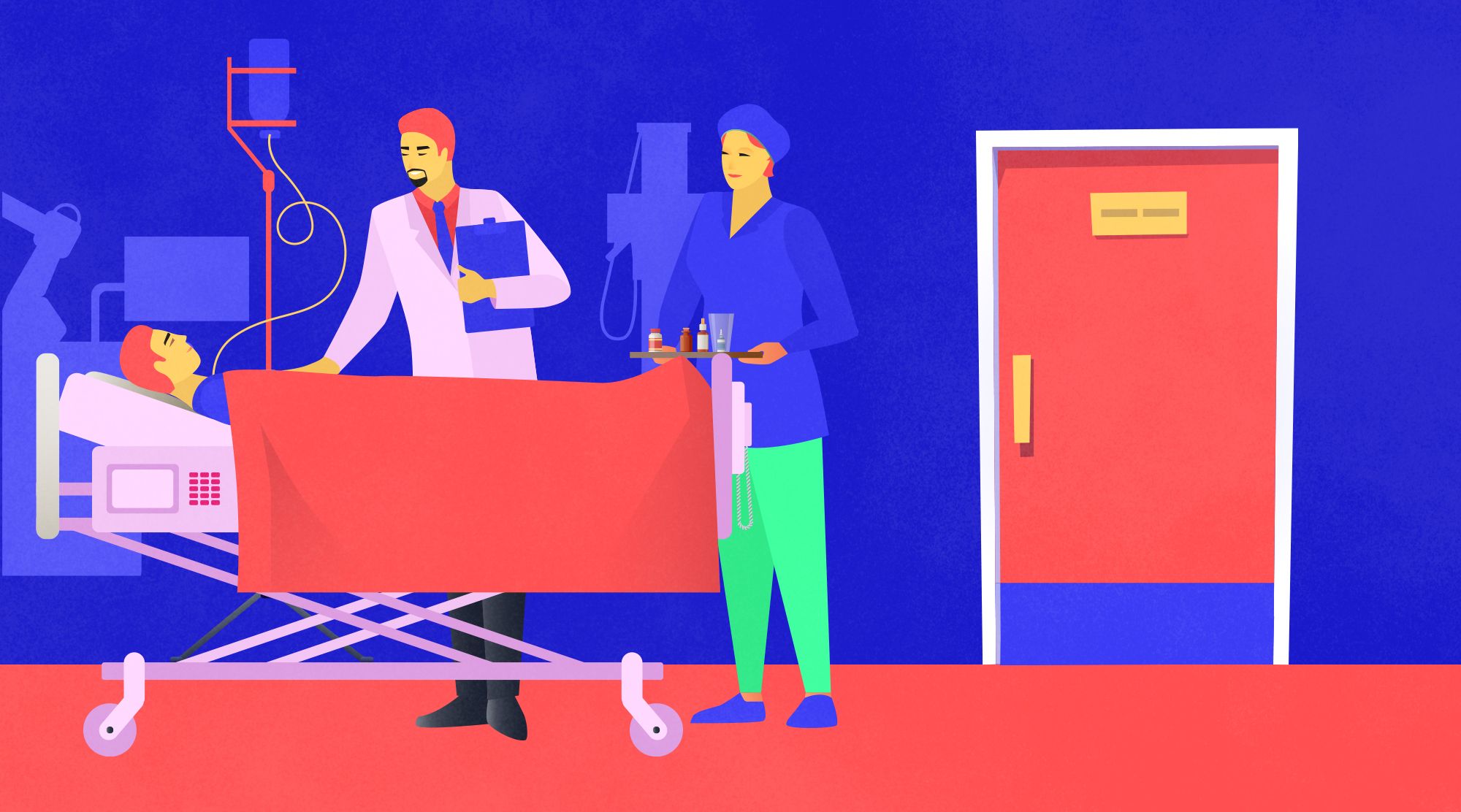 The Russian health system is suffering severe strain as a result of the COVID-19 pandemic with problems ranging from chronically inaccurate death toll reporting, non-payment of medical workers and poor supply and quality of personal protective equipment (PPE). Logically can reveal, from an exclusive interview with a Moscow radiologist and communications from the Russian Health Workers’ Union The Doctors' Alliance that in spite of reports from the Russian government and state media apparatus that the Russian health system is bearing up well, there is increasing concern from the medical profession that it is in serious trouble.

One of the first and most pressing problems emphasized by the union is a lack of protective equipment. According to the statistics published on the Doctors' Alliance home page,  74.1 percent of the doctors they contacted were not equipped with masks and 41 percent lacked protective suits. The Alliance told us that this problem is not limited just to some hospitals, but can be observed throughout the whole country. "Doctors across the country complain that there is not enough protective equipment, and ventilators are scarce and outdated," union spokesman Ivan Konovalov told Logically.

The radiologist from Moscow, who spoke on condition of anonymity, told Logically that in Moscow the supply of PPE is sufficient, but improper use, guidance and advice is making it useless. "Everyone has masks and gloves. There are enough of them. The personal protection equipment (suits and respirators) is given to laboratory assistants and to general practitioners who make home visits to patients. But there is no sense in it, since disinfection of the PPE is carried out extremely poorly, specialists do not have the opportunity to take a shower after work and after their shifts they go home, often by public transport."

Some doctors expressed their concerns about the lack of the equipment publicly, but later reported being reprimanded by the authorities for speaking out. Natalya Trofimova, a general practitioner at a hospital in Leningrad Oblast published an online petition arguing that her hospital was unready to accept coronavirus patients and discussed the situation with the independent media outlet Novaya Gazeta.  According to Trofimova, the Priozersk hospital where she works had neither enough medical staff nor enough equipment to handle the outbreak. She said that to accept the coronavirus patients the hospital needed 48 ventilators, but in reality it had only 11, and 5 did not work properly. "We didn’t even have commonplace medical masks, not to mention glasses, respirators, suits and shoe covers," Trofimova told Novaya Gazeta. She expressed concern about a lack of medical personnel too: the hospital employs no pulmonologists and out of four infection specialists necessary to handle the response, there are only two, who are currently refusing to work due to safety concerns. According to Trofimova, after the publication of the petition, representatives of the regional health committee told hospital staff that these reports were fake, and asked for the petition to be removed. Trofimova was offered the chance to resign voluntarily. She refused, and a few days later she was fired. Priozersk Interdistrict Hospital declined to comment.

There are also clear discrepancies between the official statistics released by Russian state media and the best estimate of medical professionals on the ground According to the official Russian statistics, there are 262 843 cases of coronavirus in Russia with 2 418 death cases May 15. As the Doctors' Alliance told Logically, they believe that the real death statistics are substantially higher: "As far as we can judge, the official mortality statistics are lower than the reality.” The state routinely records existing underlying health conditions as the cause of death, even when the condition is unrelated to COVID-19 and the respiratory system. “The difference between mortality numbers in April this year and April 2019 is significantly greater than the number of those cases who officially died from coronavirus," the Alliance confirmed.

In addition to reported deaths statistics, there are also issues with the numbers of infected individuals. The radiologist from Moscow believes "the numbers of [coronavirus] cases in Moscow are rather true, but very inaccurate due to the lack of mass testing." However, he too claims that the mortality rate in Moscow is being deliberately underestimated by ensuring that death certificates foreground underlying non-COVID conditions. He described the statistical situation outside of Moscow as "darkness." "You probably won’t find the truth there at all," he told us.

Besides the lack of PPE and manipulation of COVID death statistics, the Russian health system faces yet another problem, this time with staff payment. Several doctors reported non-payment of the extra money promised by the state. The money was promised to medical staff personally by President Putin. The non-payment situation was voiced by Natalia Lyubimaya, a former junior nurse at the Kommunarka hospital in Moscow. Kommunarka is an important hospital for the Russian state media. Komunarka is a brand new hospital in Moscow, which is equipped with the latest technologies, and has been a focal point for the pandemic response in the Russian media. The hospital is the place where the Russian celebrities and high profile officials diagnosed with the coronavirus receive treatment. Lyubimaya recorded a video, which began with the words "This is an official address and this is not a provocation. We are not slaves." According to Lyubimaya, the Kommunarka junior nurses had to work 48 hours in a row, but did not receive additional payments promised. Lyubimaya said that under these conditions the junior medical staff had begun quitting en masse. The head doctor of Kommunarka, Denis Procenko, denied reports of staff quitting, and insisted there were no problems with the overtime payments. According to him, the hiring of junior medical staff is outsourced to an external company, and Kommunarka is not in charge of their salaries. In an official comment to Logically, Kommunarka said that the information about the mass decision of the junior medical staff to quit their jobs is not true.

The Doctors Alliance explained its perspective regarding the non-payment problem. "The president’s promised premiums (80,000 rubles for doctors, 50,000 rubles for nurses and 25,000 rubles for junior doctors) were divided and paid only for hours of direct contact with patients with coronavirus. As a result, many get just a few thousand instead of the promised tens of thousands," the Doctors' Alliance told us.

Despite these problems, the situation shown by the state media in general is positive. On May 6, the Russian state channel Russia 24 aired a story about doctors in the 52nd Moscow hospital. One of the doctors said that the hospital has enough PPE. Media outlets which published information contradicting the state position were asked by the Russian Prosecution Office to delete the articles. The radiologist from Moscow explained the situation very simply "The state media has not been covering the important issues for a long time. They have their own Russia, and we have another one."

Supreme Court: The prorogation of parliament was unlawful

This morning, the Supreme Court ruled the prorogation of parliament unlawful. President of the Supreme Court, Lady Hale stated that the ruling was unanimous across all 11 judges. She stated:

How Poker Thinking Can Help Us Unpick Fake News

Maria Konnikova isn’t the type of person to rush things. “I'm a big believer in just letting things sit and trying not to force anything, letting it percolate in my head,” she tells me.