EXCLUSIVE: How “Love Jihad” Is Being Used To Influence Elections in West Bengal 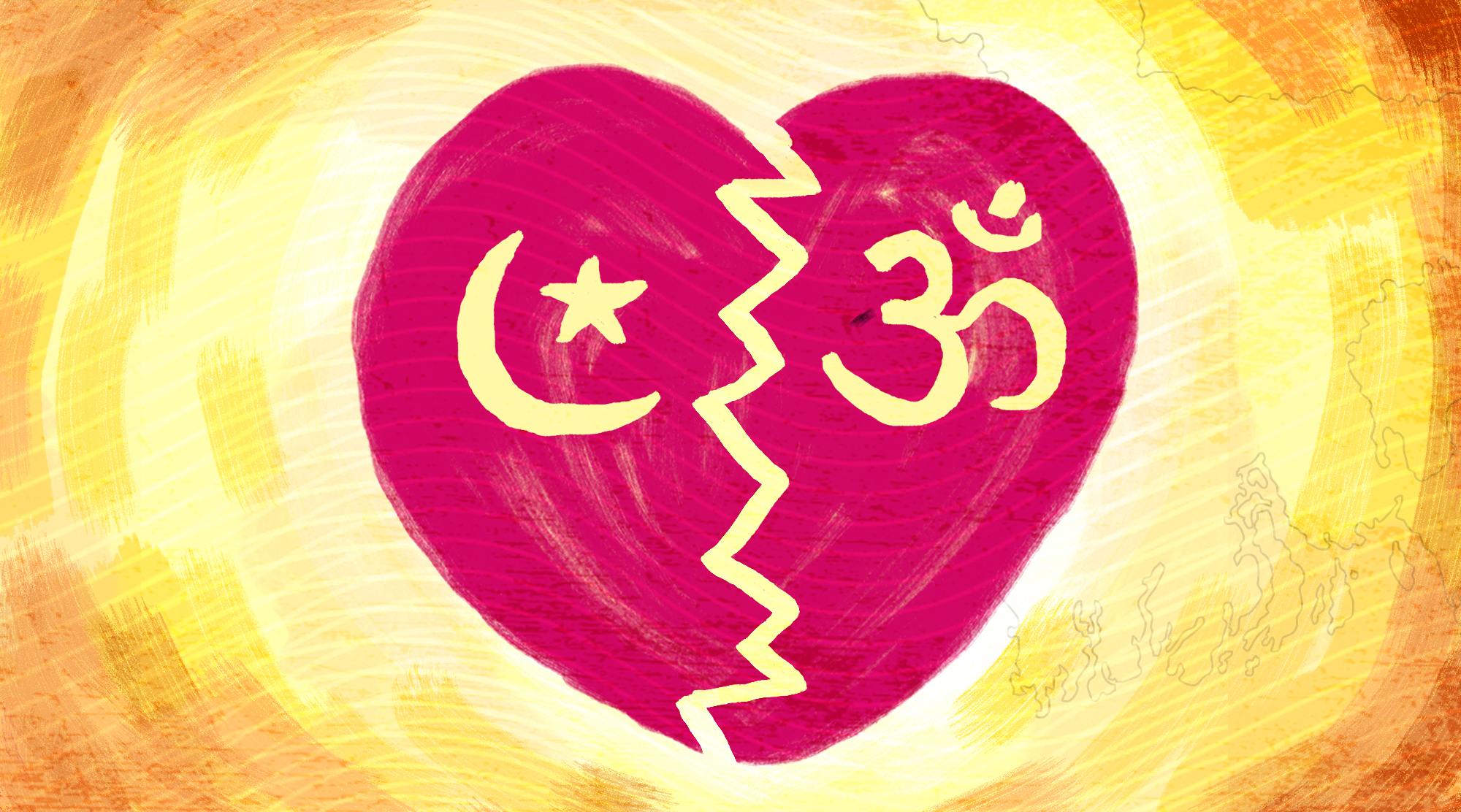 A Logically investigation has found that the “love jihad” conspiracy theory is now being leveraged in West Bengal in an attempt to influence state elections. Logically investigators identified the narrative, which posits that Muslim men in India routinely prey on Hindu women, as potentially influential in November 2020. Three months on, it’s clear that some disinformation actors are promoting the love jihad theory to influence the upcoming state elections.

West Bengal has a highly porous border with Muslim-majority Bangladesh, making it a prime location for anti-Muslim propaganda pushed by Hindu nationalist activists. Logically found that even months ahead of the planned state elections, private Facebook groups are teeming with Islamophobic propaganda. Our investigation also found that coordinated inauthentic behavior (CIB) and hashtag manipulation were rife on Twitter.

In these pro-Hindutva groups, users sermonize about the superiority of the Hindu religion and focus on the persecution of minority communities in Pakistan and Bangladesh. All of this fits the existing rhetoric that voting for BJP will eliminate the supposed risks of love jihad.

This disinformation campaign has also fueled calls to use both the Citizenship Amendment Act (CAA) and the National Register for Citizens (NRC), supposedly to weed out love jihad and also to lend a helping hand to Hindus in Pakistan and Bangladesh. West Bengal Chief Minister Mamata Banerjee has repeatedly said that the TMC government will not allow the NRC or CAA to be implemented in the state. On January 8, 2021, Madhya Pradesh Home Minister Narottam Mishra from the Bharatiya Janata Party announced that the party would implement the controversial ‘love-jihad’ or ‘anti-conversion’ laws in West Bengal if it comes to power in the upcoming assembly elections.

A post in a private group, previously named “Love Jihad Protirodh Committee” (Love Jihad Prevention Committee) is illustrative of this narrative. The group, which has 7.7k members, has been renamed ধর্ম রক্ষতি রক্ষিতঃ or “Dharmo Rakshati Rakshitah,” the popular Sanskrit phrase from Mahabharata that translates to “Dharma protects the protector.”

The post includes a video link of a Bangla news channel report on young Pakistani Hindu girls being forced to marry along. It carries the caption:

At least one thousand #Hindu girls are kidnapped and forced to marry every year in Pakistan! Where are the seculars, please tell me something? Your future children, grandchildren will be affected in this India if all the Hindus are not united leaving secularism yet. West Bengal is the only shelter for Bengali Hindus, that too Jihadis are on the way to turn to Kashmir with the help of Mamata. There is still time for you to forego your present interests and vote for BJP and bring them to power in 2021 to save the future generations. Implementation of CAA and NRC will be equivalent to granting them assets worth crores. If you leave behind property, maybe the others will eat it up. Please think  Such a time will come, maybe you won't get time to think. Jai Shree Ram! Jai Shree Krishna!

Even if some of the posts do not exhibit direct support for the use of the CAA and NRC, these groups often malign the Bangladeshi community by posting screenshots of comments or posts made by handles with Muslim names. In the screenshots, Muslim users are allegedly shown making offensive and derogatory statements against Hindus, or hatching plots to trap Hindu women for conversion to impregnate them.

The above screenshot was shared by a user on another private group by the name of  বাংলাদেশ ও ভারত লাভ জিহাদ প্রতিরোধ কমিটি , which translates as “Bangladesh and India Love Jihad Opposition Committee.” The group has 5.5k members who share content that aligns with the narrative of Hindu women being in danger in Bangladesh. This is interspersed with sporadic posts praising the BJP for their commitment to safeguarding Hindutva ideologies. The screenshot shows a status update by a user by the name of Mohammad Bilal which reads: “We want to capture West Bengal’s land and the wombs of its women. Nara-e-takbir All hu akbar." The user account that shared the screenshot was created in September 2020.

Many users who post frequently on these groups tend to have newly created accounts with locked profiles. The About section of the “Bangladesh and India Love Jihad Opposition Committee” states that no non-Hindus will be admitted and those who are allowed into the group can only submit posts on Hinduism and love jihad. Besides posts on love jihad, pro-BJP posts are also circulated.

The above post, which was shared following the 2019 general elections, reads:

Dear Indian government, Prime Minister Narendra Modi and RSS, Bangladesh’s Hindus have been praying for the success of the BJP. In Bangladesh, Hindus are being forcibly converted to Islam and are being subjected to atrocities like rape and murder. There is no point in protesting because the government is involved. If the Indian government does not stand by the Hindus of Bangladesh, they will become extinct. Requesting Modi and RSS to save Hindus from conversion.

Given that the love jihad conspiracy is being deployed in these covert groups for political propaganda, content that claims to explain the modus operandi of Muslims is also prevalent.

A screenshot shared on one of the anti-love jihad groups shows a Muslim user supposedly confessing to love jihad practices. It says:

To keep running the Love Jihad campaign, you should romance Hindu, Christian, Buddhist women in such a way that they do not understand our real motives. Hence, our mission is also being updated for the same. For instance, if you are unable to marry them, then

Should you be successful in marrying them, make sure you do the following:

Notably, incendiary posts like these are shared in the form of screenshots, and not through links to the posts or the profiles of the users who have supposedly made these posts. Also common “concern-trolling” - showing up here as a strong undercurrent of misogyny disguised as concern for Hindu women. This often takes the shape posting screenshots from the profiles of women allegedly in relationships with Muslim men. The screenshots are accompanied by the names, addresses, and other details about the women, as well as a message urging the members of the group to “alert” the family members of these women should anyone in the group know them.

Posts identifying women in inter-faith marriages, encouraging users to "save" them. images: Facebook

The caption in the above screenshot says, “One more Hindu woman has become a victim of Love Jihad. The man lives in [redacted] district and the woman’s house is in [redacted] where the wedding is also slated to be held. The links to their profiles have been listed below. Their families know but we need to make the family understand and save the woman from this fatal trap.”

The following screenshot also contains the phone numbers and addresses of the couple.

In the following instance, a user has shared screenshots from a woman’s profile alongside her address and details of her father’s profession. It says:

This woman fell prey to Love Jihad and gave up Sanatan dharma and embraced Jihad two months ago and the following screenshots show how her Sanatani friends are also on the verge of conversion. Muslim men have made them lose rationality and despite our pleas, they aren’t listening to us. Not only that, see the screenshot to know how disparagingly they talk about Prime Minister Narendra Modi. So I am announcing that whoever can murder this woman and bring pictures of her body, will be awarded Rs 20,000. I have never been to India but I want to support the cause of Hindutva and we can eradicate the problem of conversion by taking such steps.”

The BJP’s alleged animosity towards Muslims was one of the major catalysts in its first major breakthrough in Bengal during the 2019 Lok Sabha elections, the love jihad propaganda campaign comes in the wake of that success, and aims to capitalise on intensified anti-Muslim hysteria, epecially against Bangladeshi immigrants. Given that digital literacy remains incredibly low in the rural areas of India, and that Facebook has been one of the biggest propellants of rural India’s internet usage, the likelihood that these campaigns will exert genuine and disturbing influence on the democratic process is clear.

With voters in Bengal disgruntled with the TMC government for alleged corruption and Chief Minister Mamata Banerjee having been accused of playing the minority appeasement card, this disinformation campaign is a potent political weapon that will continue to deeply polarize Bengal politics.