Election Special: Will Mamata Meet Her Match in West Bengal? 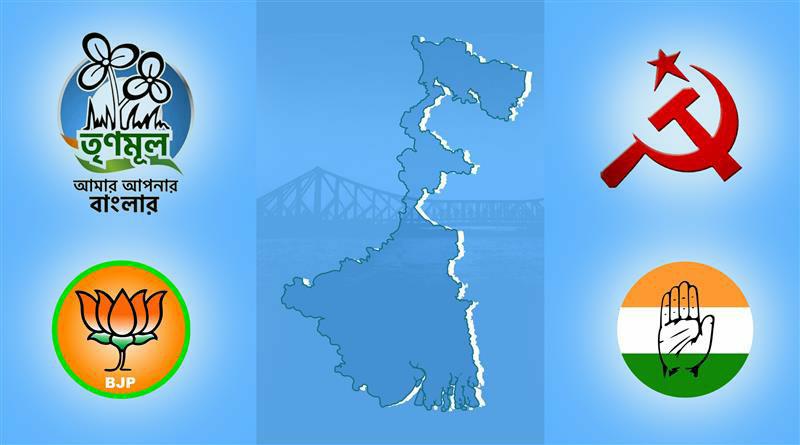 As West Bengal gears up for assembly elections, which are due to be held in eight phases across the state starting from March 27, there is a sharp shift in the political discourse that the state is witnessing. With three major political fronts battling it out at the ballot box for 294 assembly seats – the Trinamool Congress party led by Chief Minister Mamata Banerjee, the Bharatiya Janata Party and the ‘Sanjukta Morcha’ of the Left Front, Congress and Indian Secular Front (ISF). Here are a few narratives and issues that can weigh in on the voters’ preferences in the election.

In December 2020, BJP national president J P Nadda was touring the state for campaigning when his convoy was attacked. Nadda and the other BJP leaders accused the TMC for the incident and the former called it goondaraj. In response to Nadda’s comment, Banerjee dismissed the BJP calling it a “party of outsiders”. She was quoted as saying, “Remember, BJP is not a party of Bengal but it is a party of Delhi and Gujarat. They should return to those states. Don’t trust the BJP or believe them. If you want to fight elections in Bengal, do it without bringing outsiders.” The insider vs outsider clamour was also one of the main underpinnings of the TMC’s slogan for the election - 'Bangla Nijer Meyekei Chaye (Bengal wants its own daughter) which pitted Banerjee as the daughter of Bengal in an attempt to send a clear message to the voters that she was someone who hailed from the state and has played a vital role in shaping Bengal’s politics as opposed to the BJP which has never won an assembly election in West Bengal. The TMC’s push to paint BJP with the ‘outsider’ brush relies on the tactic of stoking the Bengali ‘bhadralok´pride over the state’s cultural and intellectual heritage. The BJP has tried to counter that by frequently invoking references to Bengal’s biggest icons Swami Vivekanand and Rabindranath Tagore. The party has also tried to establish a sense of connection with the Bengali voter by eulogizing Syama Prasad Mukherjee who had established the Bharatiya Jana Sangh, the predecessor of the BJP.

In the 2019 general elections, the lotus finally bloomed in Bengal. It was the first time that the BJP had been able to make inroads into the political apparatus of the state by winning 18 of the 42 Lok Sabha seats with an increase in vote share from 16.8% in 2014 to 40.25% in 2019. Political experts postulated that the anti-incumbency sentiment which had acted as a propellant in pushing the BJP from being a marginal player in Bengal into a formidable force in the state in 2019 would play out in the run up to the 2021 assembly elections in the state as well. Banerjee is riding on a 10-year anti-incumbency wave: recent accusations of mismanagement of the COVID-19 pandemic in the state coupled with charges of corruption directed at the lower rungs of the TMC leadership in the relief effort after Cyclone Amphan ravaged the state last year, could make it harder for the TMC to protect the turf. The cut-money scandal, in which TMC workers were accused of charging commission from people for availing benefits of state-run welfare schemes, and the spotlight on Banerjee’s nephew Abhishek Banerjee and his wife Rujira Naroola Banerjee in a multi-crore coal scam currently under investigation by the CBI are also likely to come up as questions for the TMC to answer. However, the TMC will also not let people forget that Mukul Roy, the former deputy chief of the TMC and the current vice-president of the BJP was one of the accused in the Saradha chit fund scam and Suvendu Adhikari, the former right hand man of Banerjee who also defected to the BJP had featured in the Narada scam sting operation video.

Despite Bengal’s progressive society, reputation for refined culture and the high intellectual capital that the state is known for, the state’s political landscape has been smeared with bloodshed. From the early twentieth century when Bengal emerged as the epicenter of the Swadeshi movement which laid the foundation of the India’s independence from the British empire to the peasants’ Tebhaga Andolan in 1946-1947, the Food Movement in the 1950s to the stirrings of the Naxalbari movement in  1967 which remained a dominant plotline in the state’s political history well until Mamata Banerjee’s ascent to the post of Chief Minister which ended the 34-year-old Left rule in the state. It is also important to mention that the use of brute force to maintain a stronghold on power and enforce loyalty among supporters was a widely-employed tactic by the CPI(M). The desire to do away with the culture of violence was something that voters had expected when they voted Banerjee to power in 2011 but the vocabulary of violence continues to remain dominant in the state. Frustration with growing political violence allegedly perpetrated by the TMC local cadres was also a contributing factor that pushed a section of the electorate to vote for the BJP in the 2019 general elections. In the last few months, multiple instances of violence have been reported with both the TMC and BJP accusing each other of perpetuating violence.

According to the Observer Research Foundation, West Bengal has more than a 25 percent Muslim population in over 50 percent of its 342 developmental blocks and over 50 percent in at least 66 (22 percent) of the blocks. The Muslim vote is thus one of the most important variables that will determine the outcome of the election. Banerjee has been repeatedly accused of pandering to the Muslim vote bank in the form of sops for the community, and considering that the BJP had mobilized a massive social media campaign for 2019 targeting her for her appeasement of Muslims which ultimately bore fruit and resulted in an impressive consolidation of the Hindu votes, the polarization factor is expected to weigh in on the assembly election as well. Also, the emergence of a wobbly third front in the form of an alliance between the Left, the Congress and the Indian Secular Front (ISF) and what with Asaduddin Owaisi’s All India Majlis-e-Ittehadul Muslimeen (AIMIM) also expected to contest the election, the Muslim vote poses a unique conundrum. Before the ISF joined hands with the Congress, the speculation was rife that it would join hands with AIMIM when Owaisi met the ISF founder Abbas Siddiqui who is an influential cleric of Furfura Sherif, a holy shrine for Bengali Muslims. On the other hand, the BJP’s Hindutva push for its campaigns in Bengal, the CAA-NRC debate and the frequent references to the problems posed by the porous border that the state shares with Bangladesh – all of which are rooted in a strong anti-Muslim sentiment – could affect the party’s chances at forming the next government in the state.