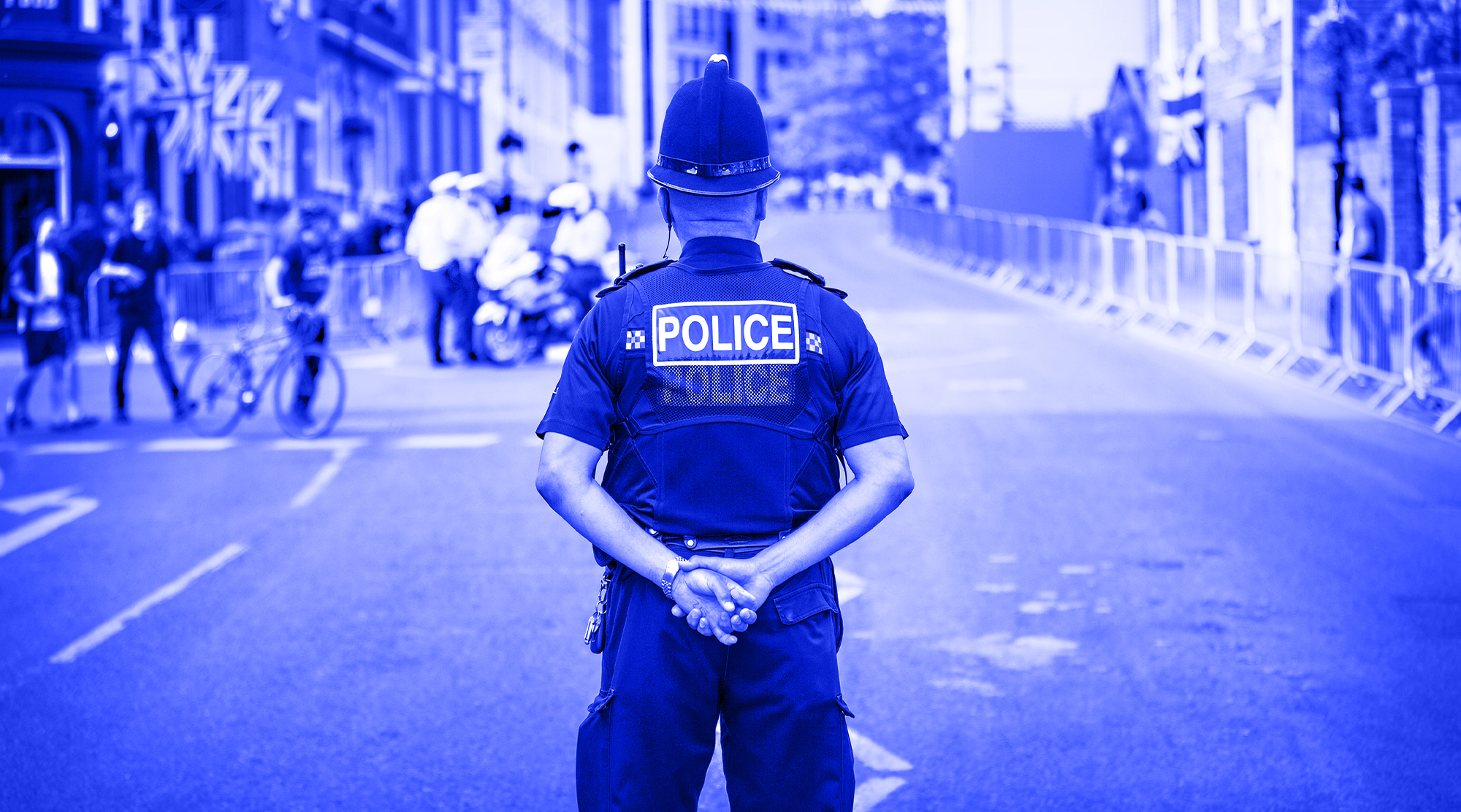 In a party conference speech lasting just over one and a half hours, Labour leader Keir Starmer announced on Wednesday that he would tackle crime through a strengthened police force and increased surveillance, asserting that there was a clear link between women’s safety and police presence.

Calls for more police have never sat comfortably with the left, but Labour’s recent commitment to increased policing came at an especially fraught time. On the same day, new details surrounding the murder of 33-year-old Sarah Everard, who went missing while walking home in South West London in March 2021 became apparent. Wayne Couzens received a whole-life tariff for the rape, kidnap, and murder of Everard, as the court heard that he had used his position as a serving police officer to carry out a false arrest and abduction. A week earlier, 28-year-old primary school teacher Sabina Nessa was murdered while walking to meet a friend.

Starmer’s cause-and-effect reasoning towards police and violence against women is shaky at best.

A closer look at Starmer’s statements reveals that his cause-and-effect reasoning towards police and violence against women is shaky at best. It is true that instances of sexual violence remain astonishingly high, but there is not enough reliable data to show that increased policing can have a substantial impact on either violence against women or serious crime generally.

Attempts to demonstrate that Labour was acting in accordance with women’s views backfired. Starmer referred to an encounter with “young women I met recently in Stoke who told me they dare not go to their high street alone. They see more violence and fewer police. It’s just common sense to put the two together.” This turned out to not quite be the case. The women in question later tweeted that Starmer had completely misinterpreted their fears around sexual violence, as they’d explicitly said that the issue could not be solved by an increased police presence.

Starmer went on to lambast Conservatives for cutting more than 8,000 police officers during their 11 years in power. To what extent this has directly led to an increase in serious crime is uncertain. A Home Office report found that cases of homicide increased by 39 percent between 2014 and 2019, prompting Prime Minister Boris Johnson to pledge a recruitment drive of 20,000 extra police officers over the following three years. While drug and alcohol use and terrorism were listed as the key drivers behind the leap in homicides, researchers said that the evidence of the effectiveness of increased police was “unclear” and that while there was scope for policing numbers to reduce crime, it was “no panacea.” The Police Foundation has broadly backed up the study, agreeing that police numbers do not matter so much as what the police actually do. In fact, in 2011, a rapid review of policing and evidence for Her Majesty's Inspectorate of Constabulary and Fire & Rescue Services found that no study had shown that more police officers will result in a reduction in crime.

Police numbers do not matter so much as what the police actually do. No study has shown that more police officers result in a reduction in crime.

The figures surrounding cases of sexual assault and abuse are even less reliable. In his essay for the Fabian Society, titled The Road Ahead, Starmer expressed his “shock” at the 90 percent increase in police-reported sexual assault, harassment, and domestic abuse cases from 2015 and 2016. However, the Office of National Statistics (ONS) has said that this does not provide the most accurate recording of these events, as police guidelines surrounding reporting of these cases are constantly updated. Instead, it suggested that the Crime Survey for England and Wales (CSEW) may provide a more accurate reading of incidents, which found that there had been no significant change overall.

Little has been said on how to tackle the mounting evidence showing systemic issues within the police force itself. Starmer cited Home Office statistics from May 2020 finding that 98 percent of rape cases do not lead to prosecutions. He did not mention that the same research had found that the Met may have acted as a significant deterrent to many assaults being reported in the first place. Only one in six of those surveyed said they reported instances of rape to the police, 38 percent said they did not feel the police would understand if they came forward, while 34 percent said they would find the process humiliating.

Following the news of Wayne Couzen’s sentencing, Starmer said that the Metropolitan Police must investigate how he “slipped through the net'' and called for stronger legislation to “protect women and girls.” A Freedom of Information request found that 750 police officers received allegations of sexual assault or misconduct over the past 10 years. Just 83 have been sacked. The Metropolitan Police responded that women should always question the legitimacy of plainclothes police officers, and advised women to shout or wave down a passing bus if they felt they were in danger.

On Feb 13, 2021, several media outlets reported that Uttar Pradesh police had announced plans to monitor internet users’ pornography consumption, allegedly as as a move to curb crimes against women. Clarity around the program is severely lacking...