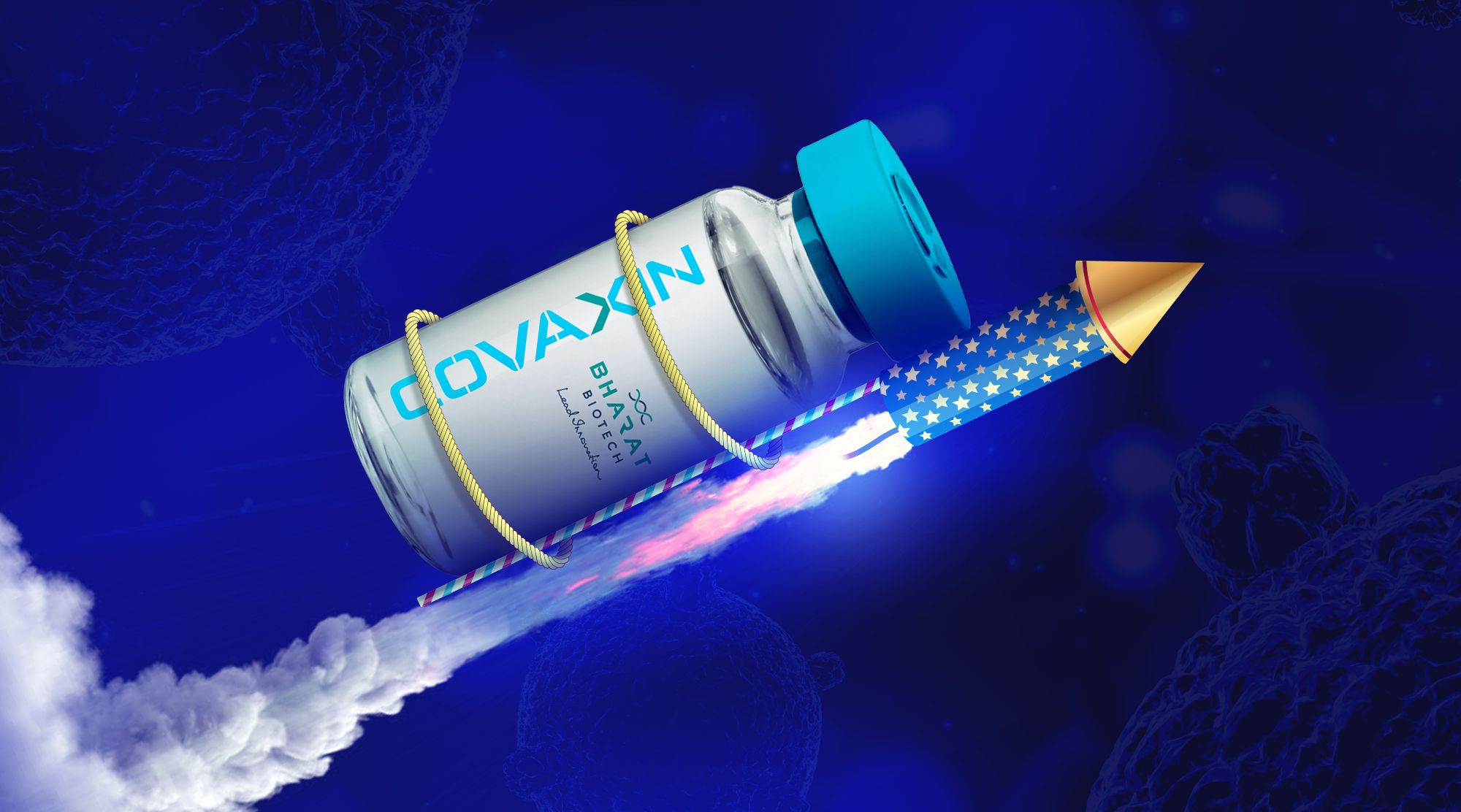 On May 9, 2020, the Indian Council of Medical Research, the country’s foremost medical research organization announced that it would be partnering with Bharat Biotech International Limited to develop a vaccine for COVID-19 using a strain of the virus that was isolated at the National Institute of Virology in Pune. By June 30, the Drug Controller General of India announced that BBIL had been granted approval to conduct phase I and II human clinical trials for the development of the vaccine, called COVAXIN.

On July 2, Dr. Balram Bhargava director general of ICMR wrote a letter to the principal researchers in 12 institutions across the country which have been selected for conducting clinical trials of COVAXIN and to BBIL’s chairman and managing director Krishna M. Ella and executive director V. Krishna Mohan. In his letter, which was circulated on the organisation’s internal communications platform, Dr. Bhargava urged the recipients to expedite the clinical trial processes and set a launch deadline of August 15 coinciding with India’s Independence Day.

ICMR’s claims of developing a vaccine in such a short span (approximately three months) triggered widespread concern. Medical experts voiced doubts about the efficacy and safety of the vaccine given that the vaccine development process usually takes years. Historically, the mumps vaccine is known to have been developed in the shortest span. From isolating the virus to licensing the vaccine, the process took four years.

The Gap Between the Science and ICMR’s Claims

Vaccine development typically involves multiple stages starting from virus isolation to animal studies followed by four phases of trials in humans. According to the WHO, the four phases of biomedical clinical trials can be described as:

Experts say that each stage can take up to months and it can be years before a vaccine is ready for manufacture and sale. Seeking approval from the independent ethics committees can also be a time-consuming stage in the vaccine development process.

According to the vaccine’s registry document which can be accessed on the Clinical Trial Registry of India website, the expected duration of the trial is one year and three months. It also shows six of the twelve approved institutes are yet to receive approvals from the ethics committee. Dr. Ella has reportedly stated in an interview, “COVAXIN was evaluated in animals on Schedule Y Guidelines and the World Health Organisation. COVAXIN was reported to be safe and immunogenic in all animals.” However, BBIL is yet to publish the results of the preclinical studies, about which no information is currently available.

The medical community has voiced doubts saying it was unlikely that the vaccine would be ready by August 15. The political symbolism surrounding the launch date is hard to ignore – if things go as per ICMR’S plans, Prime Minister Narendra Modi will be able to position COVAXIN as the highlight of his Independence Day speech.

The Indian Academy of Sciences issued a press release stating, “While there is an unquestioned urgent need, vaccine development for use in humans requires scientifically executed clinical trials in a phased manner. These trials involve evaluation of safety (Phase 1 trial), efficacy and side effects at different dose levels (Phase 2 trial), and confirmation of safety and efficacy in thousands of healthy people (Phase 3 trial) before its release for public use. Clinical trials for a candidate vaccine require the participation of healthy human volunteers. Therefore, many ethical and regulatory approvals need to be obtained prior to the initiation of the trials. While administrative approvals can be expedited, the scientific processes of experimentation and data collection have a natural time span that cannot be hastened without compromising standards of scientific rigour. For these reasons, the Indian Academy of Sciences believes that the announced timeline is unreasonable and without precedent, and is, therefore, issuing this statement in the public interest.”

Soumya Swaminathan, Chief Scientist at the World Health Organization, told The Hindu: “A realistic (but very optimistic) timeline from the start of Phase-1 to the completion of Phase-3 could be about six to nine months (if all goes exactly according to plan).” Adar Poonawalla, president of Indian Vaccine Manufacturers’ Association and CEO of the Serum Institute of India, one of the largest vaccine manufacturers in the world, also expressed shock at ICMR’s announcement. He stated, “Safety and efficacy of the vaccine are most important, we must not bypass processes that ensure that. Phase I, II, and III studies need to be properly conducted before the product is licensed and injected into the public. Phase I takes a few months, Phase II another few months and we go ahead from there. We are struggling to understand how the vaccine can be launched so fast.”

Following the criticism, ICMR issued a statement on July 4, saying the organization was following globally accepted norms for vaccine development. “Just as the red tape was not allowed to become a hindrance in the fast-track approval of new indigenous testing kits or for introducing in the Indian market potential COVID-19 related drugs, the indigenous vaccine development process has also been sought to be insulated from slow file movement,” it explained.