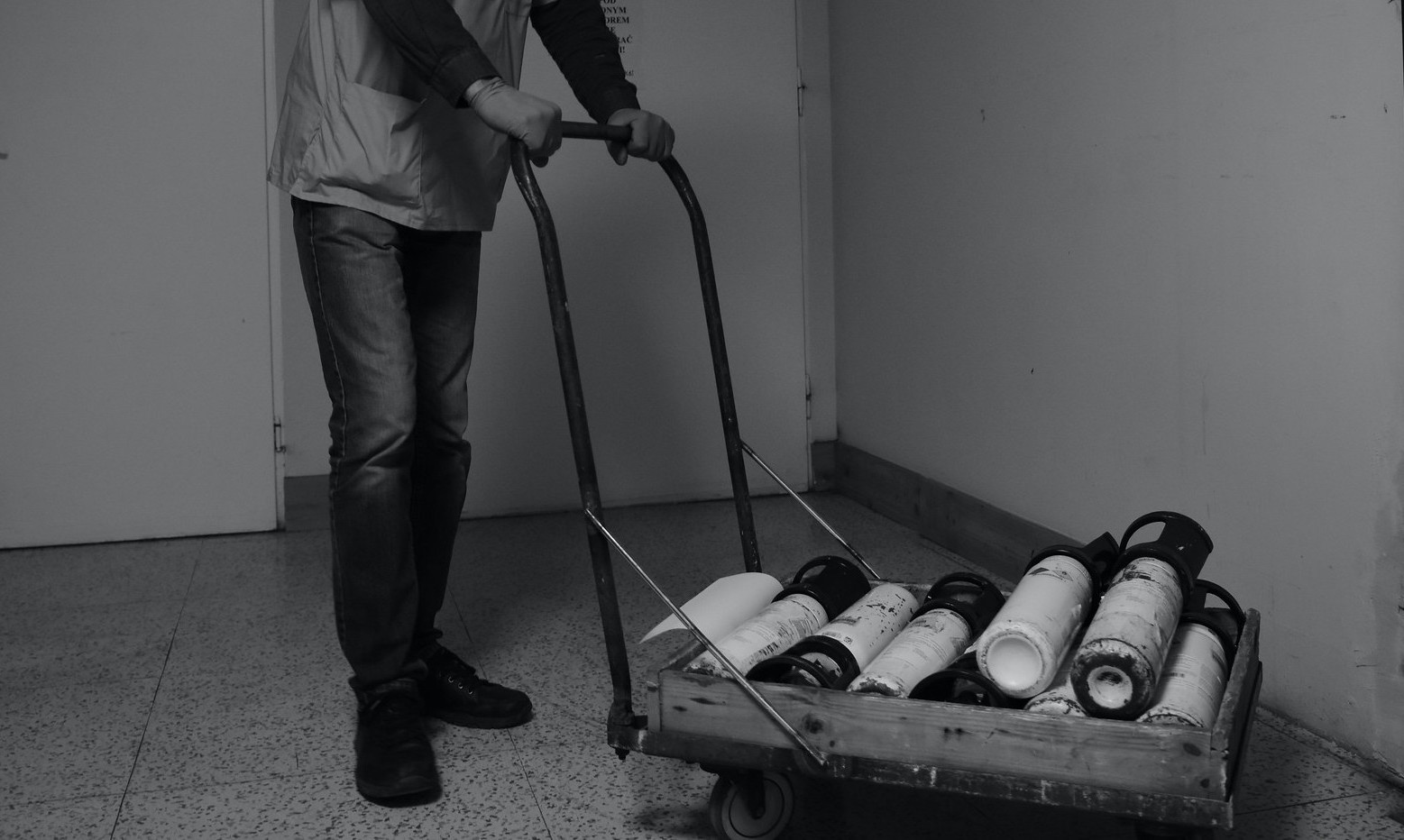 India is currently being ravaged by the second-wave of COVID-19. Residents of India’s capital, New Delhi, are struggling to access medicines, hospital beds, ambulances, cremation-grounds and even medical oxygen. It seems inconceivable that the ‘pharmacy of the world’ would be in this situation. How did we get here?

The most reliable information about this issue comes directly from the courts. On April 19, 2021, the Delhi High Court revived its hearings on COVID-19 mismanagement in the National Capital Territory of Delhi. The court has been dealing with a gamut of issues that have arisen as a consequence of the second wave. One of the most pertinent issues has been the shortage in the supply of liquid medical oxygen, which is critically important for treating those patients who are severely affected by COVID-19.

This timeline showcases what the central and state governments have argued in court, not what they may have said in the media or to their supporters.

Delhi is run by a confluence of entities: the Delhi Government, the Central Government (commonly known as the Centre) and the Lieutenant Governor. For an estimation of the required oxygen supply, the Centre created “Empowered Group I”, drawn from government and industry stakeholders. Empowered Group I categorized COVID-19 patients’ oxygen requirements, on the basis of which oxygen requirements of each State continues to be calculated. The Centre had initially ordered the supply of 300 metric tonnes (MT) of oxygen to the Delhi Government’s hospitals on a daily basis from April 20 onwards. That’s enough oxygen for about 10,000 hospital beds per day. This is despite the fact that the Chief Minister of Delhi, Arvind Kejriwal, wrote to the central Power Minister on April 18, stating that the requirement of Delhi’s hospitals was to the tune of 700 MT per day.

On April 20, the court observed that the availability of oxygen in the city’s hospitals had decreased quite dramatically. Dr. Nipun Vinayak, Joint Secretary of the Ministry of Health and Family Welfare (MOHFW), informed the High Court that 378 MT of oxygen had been allocated to Delhi. The court directed the center to review the allocation of oxygen on a daily basis, so that its utilization is achieved in the most efficient manner.

Diversion of oxygen from industrial use

Vinayak stated that, barring certain entities, industrial use of oxygen would be restricted so as to make it available for medical use from April 22 onwards. The court directed the center to implement the decision immediately. This direction resulted in the center passing an order completely prohibiting the industrial use of oxygen on 21st April, except for certain industries such as pharmaceuticals; nuclear energy facilities etc. This step has reportedly added 2600 MT of additional oxygen in the country. Vinayak is one of the central government’s own ministers, so in this case the High Court had to step in to direct the government to immediately implement a recommendation that had come from within its own administration.

Vinayak also pointed out that the center had sanctioned funds in December 2020 to set up pressure swing adsorption (PSA) plants to generate oxygen across India. PSA plants enable hospitals to be more self-sufficient, generating their own oxygen. For Delhi, eight such plants were sanctioned by the center. Vinayak stated that only one plant had become operational as of April 20. As of last week, only four out of the eight PSA plants have been made operational in Delhi.

Distance of oxygen plants from the city

On April 22, the High Court noted that it had identified three plants from which 480 MT of oxygen would be supplied to Delhi. Delhi is not an industrial state and has to rely on other states to meet its medical oxygen needs. Three of the plants from which allocations were made are situated at Rourkela, Durgapur and Kalinganagar which are all located in the range of 1,200 to 1,600 km from Delhi. The court called upon the railways to examine the feasibility of transportation from these locations to Delhi. It was submitted that the railways would be willing to transport the oxygen, but the tankers have to be provided by the concerned states. Oxygen is transported and offloaded from special cryogenic tankers. The court was informed that cryogenic tankers are generally provided by the suppliers of oxygen themselves, and left it open to the Delhi Government to take steps for arranging transportation of the tankers via the railways.

The Court recorded that Delhi had not received the entire quantity of oxygen allocated to it for a single day since the city was hit by the second wave.

On April 24, the High Court, on being petitioned by various hospitals that were running out of oxygen, stated that Delhi was not receiving its supply of oxygen as allocated by the center. The primary reason for this, the High Court said, was that the plants are not located in the vicinity of Delhi, and the oxygen has to be transported long distances. The center said that the Delhi Government had not arranged cryogenic tankers to transport oxygen from two of the three plants, something that other states were arranging on their own. The court directed the Delhi Government to make all out efforts for procurement of cryogenic tankers and not leave it entirely to the center to act in this regard.

On April 26, the High Court noted that Delhi had arranged four cryogenic tankers for transporting its allocated share of oxygen.

On April 27, the High Court admonished the Delhi Government for failing to properly address the issue of the distribution of oxygen and oxygen cylinders which are used by smaller hospitals, nursing homes and individuals. The Court faulted the Delhi government for not keeping account of how oxygen re-fillers and converters are supplying oxygen cylinders to various parties. The court reasoned that this is perhaps why the city is confronted with an artificial shortage on one hand and black marketing on the other. It is worth asking why, in a country of a billion people, is it so hard to employ competent manpower and appropriate technology, to ensure that rules are followed and complied with, especially in the middle of a global pandemic?

By April 28, the center increased Delhi’s oxygen supply from 480 MT to 490 MT — still short of Delhi’s stated requirement of 700 MT. The court recorded that Delhi had not received the entire quantity of oxygen allocated to it for a single day since the city was hit by the second wave. The court attributed the reason for this shortage in supply to the distance between the plants from which supplies have to be sourced, which are situated thousands of kilometres away from Delhi.

The center has recently admitted that a quantity of 16,000 MT of oxygen is available in the country as of April 21. Despite the assurances and the statistics, hundreds have died due to oxygen shortage. While the people of Delhi wait for the allocated amounts of oxygen to be fulfilled, the center and state quarrel about who is responsible for providing these resources.

Proceedings in the Supreme Court

On April 30, the Supreme Court of India took suo-motu cognizance of the COVID-19 related issues plaguing the country. Suo-moto cognizance essentially means that the High Court is looking at the issues on its own accord, without being petitioned to do so. The Supreme Court addressed the issue of oxygen supply and noted the efforts being made to augment its supply in the country. Delhi’s imbalance between its projected demand and actual supply of oxygen was discussed in detail.

The Solicitor General, Tushar Mehta, appearing on behalf of the central government stated that there is “no dearth of oxygen supply in the country”. He assured the Supreme Court that the deficit of oxygen in Delhi would be rectified, and the supply would be made to the Delhi Government according to their projected demand of 700 MT of oxygen, which may be revised in the future, on a day-to-day basis. The Supreme Court directed the center to comply with its order within three days. The Supreme Court also stated that it is critical that the center, in collaboration with the states, creates a buffer emergency stock of oxygen so that in the event that the supply chain of oxygen is disrupted, the buffer or emergency stocks can be used to avoid loss of human lives. We might ask, “what’s the point of having a government if unelected judges of the court have to direct the government to think about formulating scientific policy?”

On May 3, the High Court recorded that no steps had been taken by the center and Delhi Government to create a buffer stock of 100 MT of oxygen for emergency use and directed them to do so within three days. On May 4, the High Court recorded that the Delhi Government was still not receiving its allocated supply of oxygen. The court came down heavily on the officers of the center and asked them to show cause why contempt actions should not be taken against its officials for not complying with the High Court's orders.

On May 5, the centre approached the Supreme Court against the order passed by the High Court the previous day. The Supreme Court stayed the contempt proceedings; however, it directed that the center make all efforts to comply with its direction regarding supply of 700 MT of oxygen to Delhi.

Incidentally, May 5 was the first day – 16 days after the crisis began – that Delhi received its total allocated supply of oxygen. It was reported that SOS calls from hospitals running low on oxygen supply reduced from 60 on May 2 to around 10 on May 5.

On May 6, the center attempted to convince the Supreme Court that Delhi doesn’t actually require 700 MT of oxygen per day, saying that supplying this amount of oxygen to Delhi would mean a reduction of allocation to other critically affected areas of the country. The Supreme Court has not entertained that line of argument and has directed the center to continue providing Delhi with 700 MT of oxygen on a daily basis. The Supreme Court has also constituted a 12 member National Task Force to formulate a methodology for the scientific allocation of oxygen among other issues. While this is not necessarily cause for jubilation, it offers hope that at least someone in a position of authority is holding the many governments of Delhi, accountable to its people.

Footage of Deepika Padukone, one of India’s most iconic actors, ran on a continuous loop on news channels this weekend as she attended the office of the Narcotics Control Bureau for questioning. The agency is investigating an alleged Bollywood “drug...