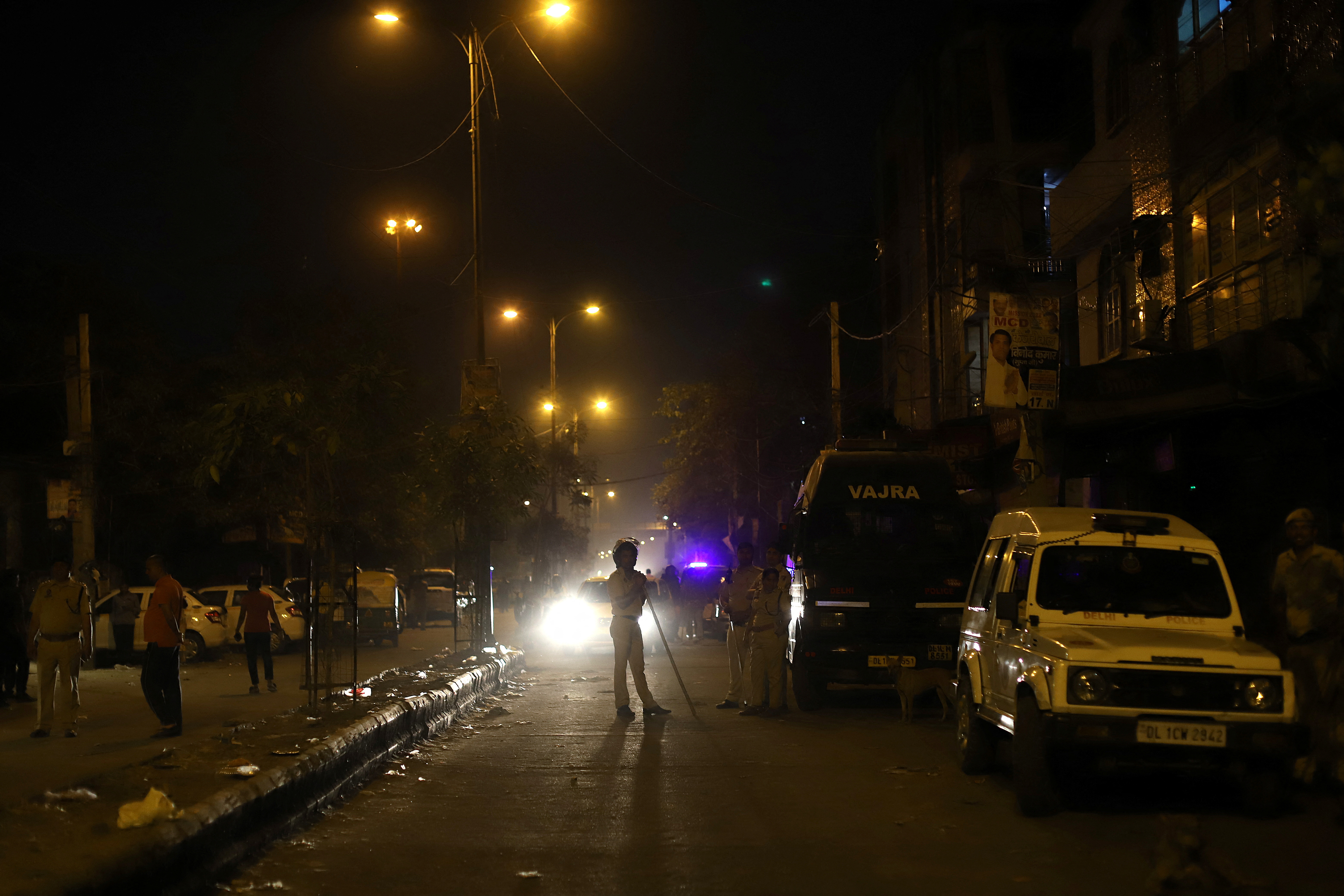 After violence erupted across multiple states on Ram Navami, a Hindu festival, Times Now editor-in-chief Rahul Shivshankar expressed disbelief over claims that the clashes had begun when saffron-clad processions marched outside mosques dancing to provocative music.

Questioning a Muslim panelist on his show, Shivshankar said, "You might be offended by the Ram Navami procession going past your mosque, does that give you license to come out with swords?" The panelist got mere seconds for a rebuttal before Shivshankar started speaking over him, saying, "You started [this debate] with a lie by saying they were provocative songs, that led to this. Can you believe it, viewers?"

Over a week ago, Ram Navami celebrations were marred by communal violence in over seven Indian states. The incidents left one person dead, Muslim-owned homes were razed, and there were attempts to raise saffron flags in mosques.

In Khargone, Madhya Pradesh, violence broke out when 5,000 devotees passed by a mosque where groups of hardliners reportedly used provocative sloganeering and threats. Muslim residents in the area told the Guardian their homes were vandalized, and some were set on fire.

A journalist, Sreenivasan Jain, tweeted about mobs blaring provocative music outside mosques. His tweet got similar responses from right-wing accounts falsely equating the song-playing to the azaan — the call for prayer in Islam, also known as adhan — which is played on loudspeakers five times a day.

Logically examined videos across multiple cities of mobs playing songs on Ram Navami in several cities and looked into the lyrics. We found multiple instances where the music was incendiary.

5Pillars, a website that regulates news related to the Muslim community, was one of the several accounts that tweeted a video of large crowds dressed in saffron celebrating to loud music reportedly outside Masjid e Quadri Chaman in Gulbarga, Karnataka. The lyrics of the song's chorus when translated to English are as follows: “If you touch the temple, we will show you your place.”

Other excerpts from the song include

If you raise your eyes, the swords will shine

The land will be washed in blood, we will show you your place

If your belief is disrespected, there will be another Ayodhya

For the sake of Lord Ram, we are willing to be beheaded, we will show you your place

Saffron will be hoisted on every minaret, we will show you your place.

The lyrics refer to the demolition of the Babri Masjid in the holy city of Ayodhya, a city that has been marred by sectarian violence for decades. Indeed, thousands have been killed over calls for building a Hindu temple on the site of a nearly 500-year-old mosque. The mosque was razed during a riot in 1992; communal violence then followed. After a long legal battle, the Supreme Court handed over control of the site to Hindu groups, and a temple is now under construction.

In Raichur, Karnataka, a mob gathered outside Osmania mosque and danced to a DJ playing provocative music along with what appears to be a set up with lights. The translated lyrics of the song being played in the video are:

We will make a temple, it’s more important than our life

We will fulfill this dream, we have made up our mind

We will cross all limits, the world will see

We will not rest till the temple is made

Guns, knives might be used; we will take it

The song played in Raichur has previously been banned by authorities for stoking communal violence. A 2008 Mumbai Mirror article reported on how the song allegedly led to half a dozen incidents of communal violence over five months. Calling for the construction of the Ram Temple in Ayodhya, it was being played in Muslim-dominated areas and appeared to stoke tensions.

Bharatiya Janata Party (BJP) leader Raja Singh was booked for a speech and he also sang inflammatory music on the occasion of Ram Navami. Singh has been accused of promoting enmity between different groups on grounds of religion, deliberate and malicious acts intended to outrage religious feelings, intentional insult with intent to provoke breach of peace. The lyrics of the song Singh sang are:

Whoever does not take Lord Ram’s name, needs to be driven out of India

We won’t spare anyone who raises eyebrows against Hindu religion

We will bury those who challenge Hindus

There is also a video from West Bengal in which a large crowd is dancing to a DJ playing music with the lyrics, “the homes of those who mess with Hindus will be burnt. If you want to stay (in India) be grateful, the moment you try being like the conquerors Aurganzeb and Babar we will bring your people to the ground.”

In Koderma, Jharkhand, videos of crowds dancing loudly to the chant “Muslims are motherfuckers” also surfaced.

Roughly a week before Ram Navami, violence had broken out in Rajasthan’s Karauli at a rally meant to celebrate the Hindu new year. Hindu men spoke to Scroll.in. They described the songs that were played as devotional music, but the lyrics insinuate otherwise.

The song was written by an Ayodhya resident and had 450,000 views, Scroll reported. The words roughly translate to:

The day the Hindus wake up, the consequence will be

That the skull-cap wearer will bow down and say victory to lord Ram.

The day my blood boils, I wish to show you your place

Then I will not speak, only my sword will.

DailyO reported in 2018 on how provocative music triggered violence in multiple districts in Bihar. “Composed of weapon-brandishing, saffron flag-carrying men, are accompanied by DJ (who) play religious songs and bhajans praising Ram. But as they enter Muslim-dominated areas, the tune changes. The songs are no longer religious, they are communal. ‘Ram’ suddenly turns more menacing. Some dispense with ‘Ram’ altogether, and offer simple advisories of what to do with Muslims – ‘kill them or send them to Pakistan,’” the article read.

This past Sunday, an unauthorized parade of men in saffron brandishing swords and pistols in New Delhi on the day of Hanuman Jayanti led to sectarian violence.

Although authorities might routinely ban specific music, or not grant permission to groups to let DJs lead the crowds at religious events, the archive of such music sits on multiple online platforms. On YouTube right-wing channels have uploaded various versions of these songs and have hundreds of thousands of views. The Quint has previously reported that such hate music goes unregulated despite provisions on the Indian Penal Code that deal with (a) ​content that promotes or attempts to promote hatred between religious groups, (b) insulting religion or religious beliefs with an intent to outrage, and (c) statements that create or promote enmity and hatred.

Among rising instances of communal violence nationwide, critics argue tacit approval by the state has emboldened hardliners to conduct demonstrations that stoke tension. Festivals have become a particularly vulnerable flashpoint.

Double Check: What Do We Know About Events in Leicester?