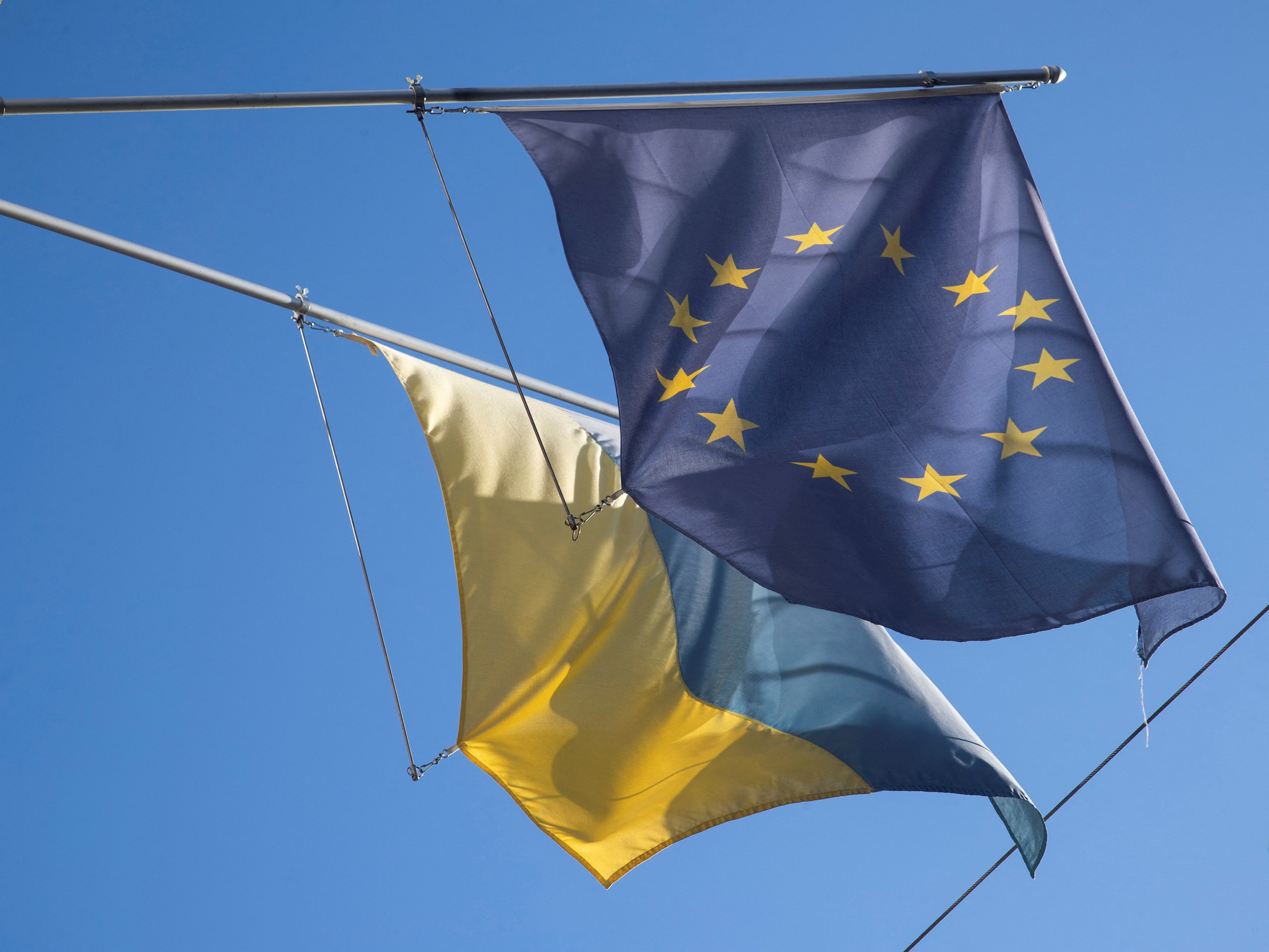 On September 13, the Swedish outlet Nya Dagbladet ("The New Daily Post"), also known for promoting anti-vax misinformation, published an allegedly leaked document from the U.S.-based think tank RAND. The report claims that the U.S. planned the war in Ukraine and the subsequent energy crisis to weaken Germany and divide Europe. By fielding an aggressive U.S.  foreign policy in Ukraine, Russia would have no choice but to invade. The invasion would lead to many sanctions against Russia and shut down the gas supplies with the help of Green party politicians,  which would shatter the EU economy and strengthen the U.S. by more money flowing to the U.S. and educated young germans moving to the U.S. for better prospects. The report was supposedly published on January 25, 2022, a month before Russia invaded Ukraine.

RAND refuted the article as a fake on September 14, saying they'd published no such report. Nya Dagbladet published an English version of their article on September 15, including the statement from RAND, claiming that RAND had not pointed to anywhere specific in the document that proves it's a fake.

On September 19, Leadstories published a fact check about the report, and Facebook labelled the report as false information. Nya Dagbladet responded by criticizing the fact check for only referring to an email from Rand corporation and not addressing why the report is false.

Most journalists at most media organizations verify their information first and then publish the facts. In this case, it was in reverse: Nya Dagbladet admitted they could not verify the facts, and then when presented with evidence they were wrong, asked their critics to verify the facts for them.

Issues with the alleged report

Nya Dagbladet links to the PDF document they refer to, revealing six printed pages making up the executive summary of the alleged report. However, the report has issues that show it to be patently false, including factual, grammatical, formatting and spelling errors.

Logically has compared the report to RAND's public reports, and several discrepancies are suspicious. They don't name their author, the report does not have a title, and the formatting, font, and design don't match RAND's other published reports.

The cover page of the report claims it was distributed to several U.S. government and political bodies, including the White House Chief of Staff and the Democratic National Convention. The report itself expresses political preference that the Democrats retain control of Congress and the White House. However, Rand is non-partisan, and expressing explicit political preferences even in confidential reports would likely endanger their funding or client relationships, as many of the offices listed employ people from both major parties. RAND discloses all of their clients on their funding page, and the White House, CIA and NSA are not among them.

The second page displays copyright information about RAND, Research Integrity, and Limited Print and electronic distribution rights. These three sections are identical to RAND's public reports, but one line stands out: "Unauthorized posting of this publication online is prohibited; linking directly to its web page on rand.org is encouraged." A confidential report would not have a publically accessible URL. Nor would it have a rights page that describes how it can be published or distributed.

The rights page contains an incomplete URL: "For more information about this publication, visit www.rand.org/" Other public reports from RAND contain a complete and specific URL at this point, indicating that this was likely copied and pasted and then edited out.

The other factual inaccuracies provide strong evidence that the report was not written by a U.S. think tank:

These factual errors compound errors in spelling and grammar; for instance, persistent errors with article usage (a, an, the), typically found in non-native speakers of English, as well as the use of the British spelling of "neutralise" rather than the American "neutralize."

Although they claim to be the first European outlet to publish the fake document, the misinformation blog Weltexpress, describing themselves as an international and multilingual information portal, published September 6. Weltexpress wrote an article in German commenting on the fake report, and two days later published the fake report itself in a second article. The Atlantic Council wrote on this, linking to the statement from RAND that the report was fake. The article from Weltexpress spread on YouTube with two accounts discussing it in particular across five videos, three of them garnering between 16k-26k views.

Russian state propaganda outlet RT wrote about the article from Nya Dagbladet on September 16, describing the report as a scenario to strengthen the U.S. economy by draining Europe. It was also written about in a few other outlets, including in India and on other blogs that promote conspiracy theories.

The article was posted on Twitter by the Russian embassy in Sweden on the September 17, and they received a lot of criticism from Swedes on Twitter. Martin Kragh is an associate professor at the Institute of Russian and Eurasian Studies and Deputy Director at the Stockholm center for Eastern European studies (SCEEUS). He tweeted that, to his knowledge, this is the first time the Russian Embassy of Sweden was directly involved in the spread of disinformation.

This has happened in many other cases in other countries, such as the Russian Embassy in the U.K.  Another Swede who reacted was Mathias Cederholm, historian, lecturer in source criticism, and one of the founders of the Swedish Facebook group Källkritik, fake news och faktagranskning [Source criticism, fake news and fact-checking] , showing the odd spread of the article among various mis- and disinformation spreading actors in Sweden and abroad.

Who are Nya Dagbladet?

They have been described by papers who wrote positively about their article as "anti-globalist, humanist, pro-freedom, and independent." Logically contacted Jonathan Leman, Senior researcher at the nonpartisan anti-racist Expo Foundation in Sweden for comment about the outlet:

"Nya Dagbladet has been published for 10 years and is an offshoot of the former nationalistic and ethnic pluralistic party Nationaldemokraterna, created by expelled members of the Sweden Democrats. It is still run by former politicians from the party. For several years it has been a bridge between the conspiratorial milieu and the far right milieu. The paper became a vital junction during the COVID-19 Pandemic for conspiracy theories and anti-lockdown demonstrations, championing ideas from alternative medication and anti-vaccination to holocaust denial and that ethnic diversity leads to white genocide. It has also been pro-Kremlin for years."

Logically reached out to Nya Dagbladet, requesting comment on this article. They wrote that they had never said the report was definitely authentic, and that they didn’t have proof it was real.

This statement, however, directly contradicts their headline of their article, which takes the document as authentic: “Shocking Document: How the US planned the war and energy crisis in Europe.”

They said that neither RAND nor any fact checking organization had provided evidence that the report was not authentic. This is misleading. The burden of proof is on media organizations to authenticate documents before publishing. After they published, RAND released a statement that it was false. Despite saying that no evidence was forthcoming the RAND report was a fake, Nya Dagbladet repeatedly dismissed the evidence when presented with it.

Nya Dagbladet claimed to have assessed the document and concluded that “they possibility could not be dismissed” that it was real. They did not give us insight into how they conducted their assessment. In their articles, they appear only to have consulted a political consultant, who admitted that “it could be fake and part of some influence operation.”

When we showed them the places within the report that contained factual errors, and when we told them that it contained errors of grammar and spelling, they replied that they were “indications about which one can speculate.” They said that whether the U.S. had undergone national COVID lockdowns was “a matter of definitions.”

Nya Dagbladet published several stories about the fake report. They told us they had not accepted RAND’s statement because,  “The way the document was dismissed [by RAND] strengthens the indications in the direction that it could be genuine.”

It seems ridiculous that a document meant for the highest levels of U.S. government would contain basic errors of fact, like describing the branches of that government incorrectly. Anyone with basic knowledge of Microsoft Word could have written this report and printed it at the library. Considering all the contradictions, misconceptions, and spelling errors – as well as the statement from RAND – it is clear this is not a genuine document. It is black propaganda.