Double Check: Must We All Go to Peppa Pig World? 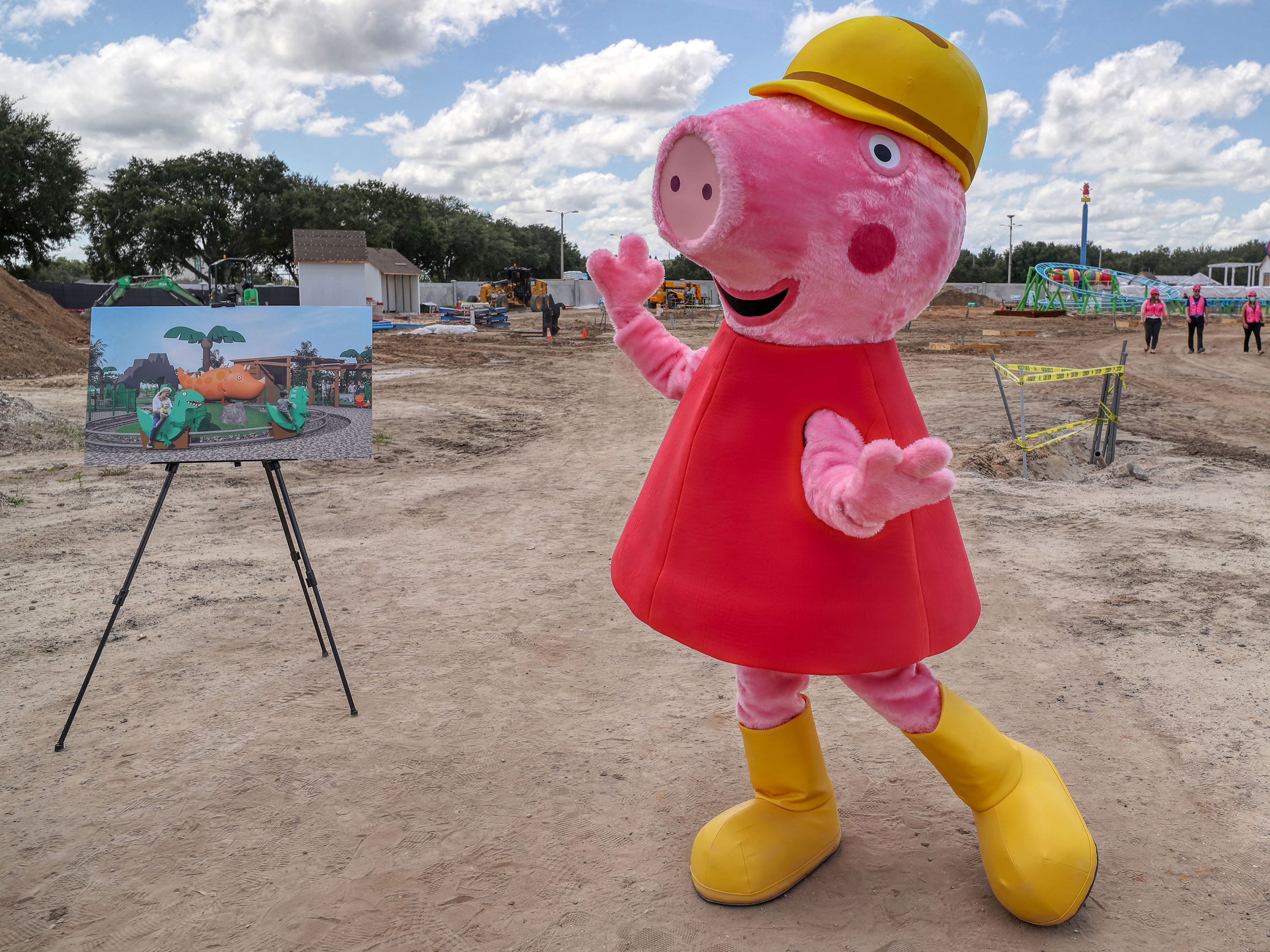 On Monday, November 22, 2021, Prime Minister Boris Johnson told a CBI conference – the U.K.’s premier business organization – that the day prior, he went, “as we all must, to Peppa Pig World.” He proceeded to say that he “loved it,” that “it was his kind of place.” He praised the “very safe streets, “discipline in schools,” “heavy emphasis on new mass transit systems,” but mentioned that the show is “a bit stereotypical about daddy pig.”

For those of you who are out of the children’s entertainment loop, Peppa Pig is an animated TV series whose main character is an anthropomorphized pig called Peppa. Peppa is four years old. As is commonplace in the world of cartoons, Peppa Pig has been this many years old ever since she first hit our TV screens 17 years ago.

You name it, our pig has got her face on it.

But Peppa is not just an anthropomorphized pig; she is also a successful brand. There is Peppa Pig World in Hampshire, Peppa Pig Land in Italy, a Peppa Pig resort in China, as well as a Peppa Pig theme park not otherwise specified, opening soon in Florida. There is a plethora of Peppa-themed merchandise available for purchase at a plethora of retail stores: pajamas, handsoap, Peppa Pig Pasta Shapes Snap Pots – you name it, our pig has got her face on it.

In any case, it was unclear why Boris Johnson was talking about Peppa Pig. News outlets reported on this speech with words to the effect of a series of question marks. What was Johnson doing, talking about a theme park situated at the very bottom of the country in Hampshire to an audience of businesspeople in Northumbria?

I asked myself another question: why is the U.K. prime minister spreading misinformation about Peppa Pig?

Firstly, it is not true, as Johnson claimed, that Peppa Pig was rejected by the BBC. As a 2010 article in the Financial Times explains, the creators of Peppa Pig rejected the BBC. According to the article, this is because of "the gloomy atmosphere of almost every meeting they had had at the BBC" and because "they didn’t trust the BBC to give their new show a regular slot."

Johnson also claimed that Peppa Pig is worth £6 billion to the U.K. economy. This is not the first time that a senior U.K. politician has praised the tax revenue boost that shows such as Peppa Pig bring. In 2018, the then Chancellor of the Exchequer Philip Hammond said, "from TV shows like The Crown, to films like Darkest Hour, and animations like Peppa Pig, our creative industries are intrinsic to the rich cultural fabric of the UK. But they’re also an important part of a dynamic and diversified economy, and a key component of our great, global trading nation."

Of all the money the brand earns, it is unclear how much of it makes it to the U.K.

We couldn’t actually find the figure of £6 billion from anywhere other than Johnson. Maybe this is because it is a hard thing to untangle. The British animation studio Astley Baker Davies owns the franchise. They sold 70 percent of their company to the Canadian distributor Entertainment One in 2015 for £140 million. In 2019, the American toy company Hasbro bought Entertainment One – which still licenses and distributes Peppa Pig to 118 countries – for $4 billion USD. The Guardian reported that in 2018 the brand had earned £1.3 billion in sales and distribution worldwide. Of all the money the brand earns, it is unclear how much of it makes it to the U.K. (Logically has reached out to Hasbro for current global sales figures for the Peppa Pig brand.)

Thirdly, he claimed that Peppa Pig was a bit "stereotypical" about Daddy Pig. Johnson was not the only person to have made such a claim. For instance, journalist Victoria Richards wrote for HuffPost that "there’s a disturbing tendency to label Daddy Pig as totally inept and useless." Elsewhere, the London Fire Brigade criticized the show for its use of the outdated term "fireman" in lieu of the gender-neutral term "firefighter." It seems that Johnson is on the same page with these commentators, at least.

We must all go to Peppa Pig World.

It could be that his "as we all must" is a fall-back phrase of his, a filler of sorts, a phrase that he just says when he can't think of anything else to say.

In any case, Paultons Park, Home of Peppa Pig World, generally has good reviews. The one-star reviews tend to center on the length of the queues and the positive ones center on the joy that Peppa and her friends bring.

In any case, I spoke to a friend recently about her experience visiting Peppa Pig World. She had taken some small children there. She said she would recommend going, as a trip to Peppa Pig World "adds to the rich tapestry of life." That said, she had to queue for sixty minutes so her grandchild could have her photo taken with Peppa Pig, who was likely a teenager in a large outfit and not the real-life animated character herself. When asked if going to Peppa Pig World was something we all must do, she was quite clear. "No, I don't think so," she said.

This might well be a good thing; a trip to Peppa Pig World is not cheap as chips.

Indeed, a visit will set individuals over one meter back £23.75 each, with small discounts for family tickets and slightly more discounts for buying tickets in advance.

Johnson’s speech didn’t just feature dubious Peppa Pig content. It also featured him doing an impression of a petrol engine and him comparing himself to Moses coming down from Mount Sinai to give his officials the new ten commandments, which were actually Conservative Party policies. These claims, in fact checking terms, are unverifiable.

Why Are Gamers Taking a Stand On Palestine?