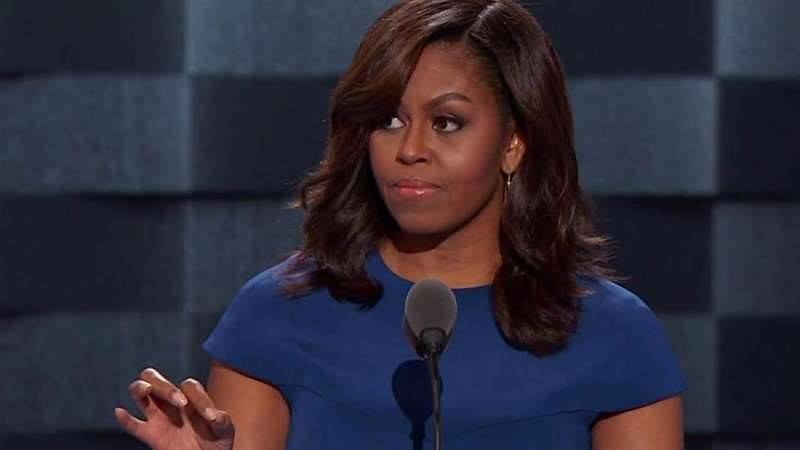 During her keynote address to the Democratic National Convention on the 17th of August, former First Lady Michelle Obama made several remarks about Joe Biden intended to form part of her endorsement of the former Vice President. One in particular attracted a large amount of attention: the assertion that Biden gives his personal phone number to kids. It’s certainly true that she said those words, but they are missing context. More than one context, in fact. Let’s look at the section of the speech in more detail.

There are two questions to ask here: “Why did Michelle Obama mention the personal phone number element?” and “Why has it been widely shorn of context?” The answer to both is that the statement is not really about the phone number; it’s not even about the stutter.

Michelle Obama has known Joe Biden for many years, surely there are other, better examples of his compassionate nature that she could have pointed to, ones that couldn’t have been so easily taken out of context and made to appear sinister. So why did she choose this one? The answer is most likely that she was hoping to prove a point beyond gesturing simply at Biden’s supposed kindness. Biden’s well-documented childhood stutter has been leveraged as an explanation for his numerous gaffes and slips on the tongue on the campaign trail. The competing explanation is that Biden, aged 77, is experiencing some kind of cognitive decline, or even the early stages of dementia. John Hendrickson, a writer for the Atlantic, penned a long essay earlier this year comparing his own experiences with those of the former Vice President, and drawing the conclusion that the mistakes Biden made while campaigning could be attributed to his stutter. In evoking Biden’s stutter, Michelle Obama co-signs this argument, signalling that she believes Biden to be mentally fit to govern.

Whether or not the phone number example hit its mark, however, it was also picked up by a whole different faction. A significant proportion of Trump’s base are invested in pushing a conspiracy theory based around prominent Democrats trafficking and personally abusing children. Several tweets reiterating the phone number element of the sentence demonstrated significant reach, and mentions of the statement coincided with uses of hashtags such as #CreepyJoe and #pedo. Influential accounts linked to the QAnon movement also referenced the remark.

On the “/pol” board of 4Chan, the infamous message board often used by the far right, several different accounts picked up on the remark and appeared to note its usefulness as a talking point.

The right is not the only faction that has criticized Biden on his relationships with young people, however. Mainstream media outlets have carried multiple articles on Biden’s record with women, including young girls such as Maggie Coon, who was pictured aged 13 appearing to cringe away from the senator as he moves to kiss her. In Time magazine, Karol Markowicz also cited an incident where Biden had his arm around a teenager while swearing in her mother as a senator. Biden reportedly later said to the girl “I hope mom has a big fence around your house.”

Obama’s phone number remark, whether it was an innocent anecdote or an attempt to chalk up a political point against Biden’s critics, appears short-sighted in this context. In attempting to quell one criticism, it seems she’s inadvertently fuelled another. It’s true that it was taken out of context, but it’s also true that this could have been easily anticipated. In statements such as this one, political communication appears to be refracted back and forth through a series of rhetorical mirrors. Rather than saying what they mean, different factions attempt to demonstrate it through oblique illustrative examples and gestures. Sometimes this technique backfires, and it appears you were illustrating the wrong thing.

How are you feeling? How is your mental health? When was the last time someone asked you?