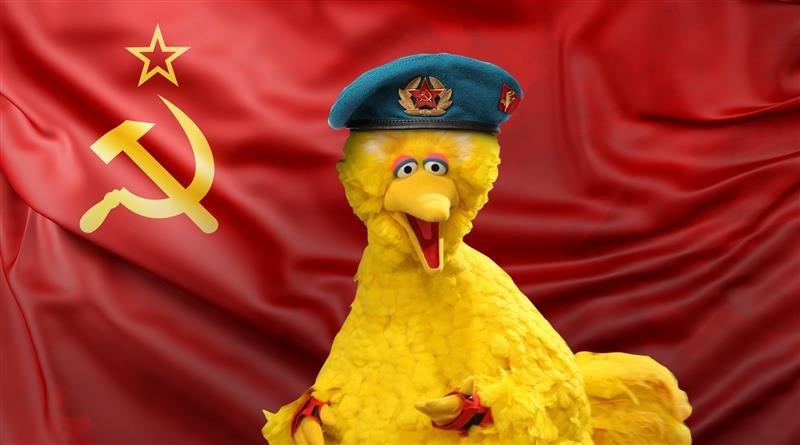 Following the CDC's final approval of the Pfizer-BioNTech vaccine for five to 11-year olds, the official Twitter account of Big Bird (who’s apparently six years old) promoted the COVID-19 vaccine. "I got vaccinated today!" he tweeted. On the same day, CNN teamed up with Sesame Street over a half-hour special to address COVID-19 vaccine-related questions from children and families.

The anti-COVID-vax community then seized the opportunity to spew misinformation about the vaccine's impact on children.

But has Big Bird been exposed to communism? Is the COVID-19 public health campaign by Sesame Street an evil government ploy?

There’s some good news. Logically searched through Sesame Street’s records and could find no evidence that Big Bird ever read or promoted Marxism.

We also found that this isn't the first time that Sesame Street has been a part of public health messaging. In fact, according to its website, founders Joan Ganz Cooney and Lloyd Morrisett used television as a teaching tool for preschool children. In 1972, Big Bird promoted the measles vaccination. In 2002, the show introduced an HIV-positive muppet named Kami. In 2015, the show introduced an autistic muppet called Julia. It even collaborated with UNESCO in 2015 to advise children on proper sanitation and hygiene.

When it comes to the current pandemic, Sesame Street has launched numerous public service announcements. Indeed, the show has deployed PSAs regarding handwashing in 36 languages across 94 countries.

Accusations that Sesame Street's pro-vaccine stance is indicative of government propaganda often center on the show's funding, with accusers alleging that the U.S. government funds the show.

According to the Washington Post, the show secured $4 million from the federal government in 1966. In 1995, Public Broadcasting Service (PBS) contributed one-third of the show's budget. However, the PBS partnership proved to be an unsustainable model; as the Washington Post reported, the show ran into a million-dollar deficit.

In 2015, Sesame Street then launched a corporate partnership with HBO. The deal meant a premium subscription service and allowed the show to produce 35 episodes instead of 18 in a single season. In 2018, most revenues came from distribution and royalties, including the show's partnership with HBO. Philanthropic donations came second, and product licensing of toys and games came third. Only 4 percent came from federal grants.

Today, though receives some funding from the U.S. government, it receives the vast majority of its budget from private donations, market investments, partnerships with other TV services, and other commercial ventures like merchandising.

To say that Sesame Street is government propaganda or that Big Bird is communist is the opposite of what some labeled it a few years ago.

But to say that Sesame Street is government propaganda or that Big Bird is communist is not only false; it is the opposite of what some labeled it as a few years ago. In 2015, the non-profit show's partnership with a profit-making organization attracted a backlash from some left-wing groups.

While the show continued to air for free on PBS, the new episodes only appeared on the public broadcasting system after they premiered on HBO. Many felt that putting the show behind a paywall was like sorting children into tiers, and that that the partnership only targeted affluent children who could afford to pay for the streaming services.

While we are on the subject, COVID-19 vaccination is not dangerous for children. The Pfizer-BioNTech vaccine was studied in approximately 3,100 children, and no serious side effects were found. (Side note: swallowing a penny and almost choking on it does not count as an adverse reaction.)

As the Press Agency reported, the CDC's figures show over 60 children between 5 and 11 have died from COVID-19 in the U.S., with over 8,000 being hospitalized since the start of the pandemic. The COVID-19 vaccine remains one of the most vital tools in the fight against the pandemic.

Consumers in the United Kingdom have experienced sharp increases in the price of energy over previous months. This trend is predicted to continue throughout 2022 and beyond, with a widely cited study by Cornwall Insight forecasting annual bills for...