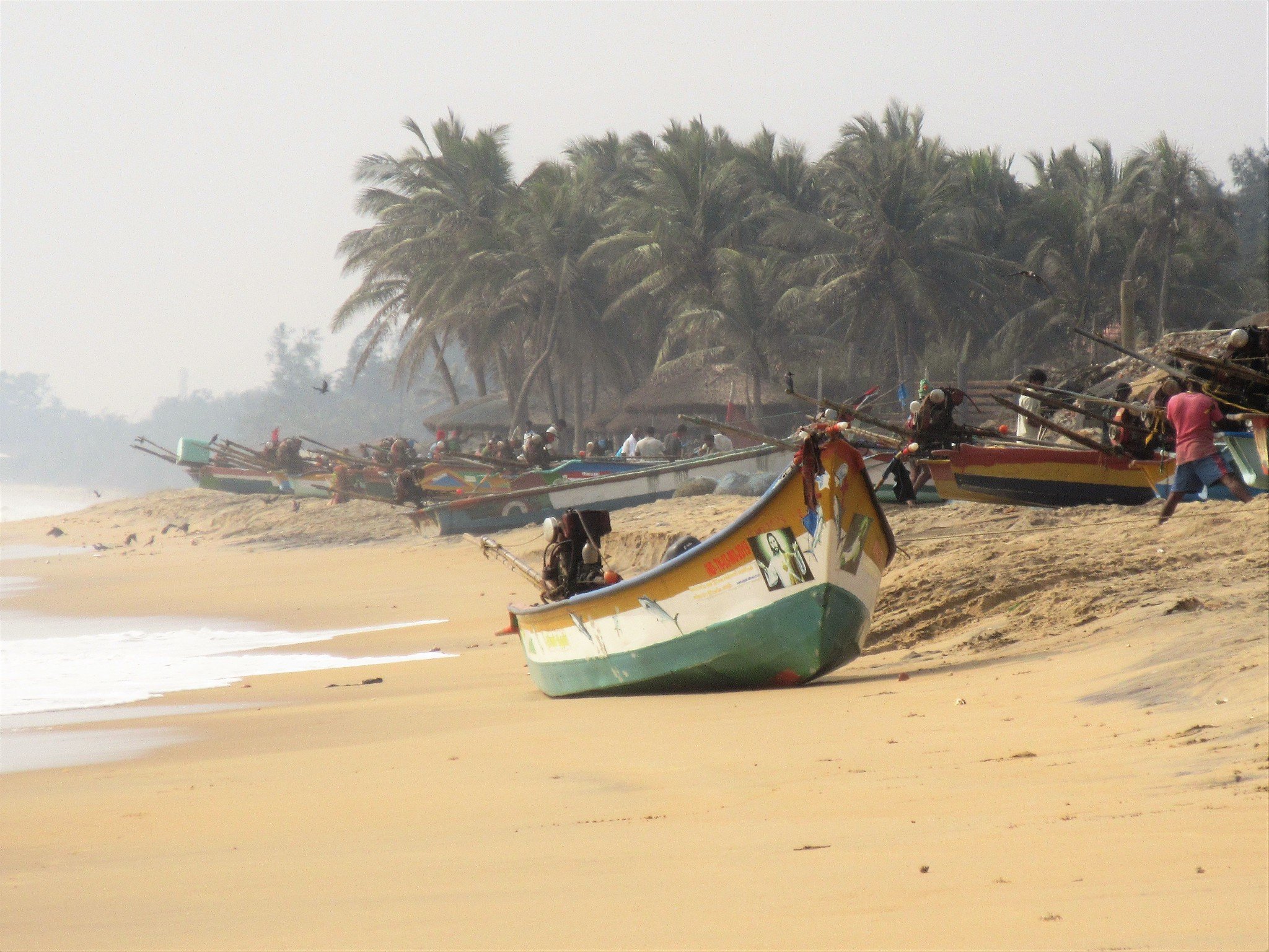 While campaigning among fisherfolk in Muthialpet in Puducherry in February this year, Indian National Congress leader Rahul Gandhi questioned whether fishermen, who he called “farmers of the sea”, have a centrally dedicated ministry for them in New Delhi.  “Why it is that the farmers of the sea are not afforded the same privileges (as farmers of the land)?,” Gandhi asked in a speech. The leader also reiterated this while addressing fishermen in poll-bound Kerala a few days later where he assured the community his party would create a ministry dedicated to fisherfolk if elected. But critics reacted sharply to Gandhi’s claim stating the ruling Bharatiya Janata Party (BJP) had already created a separate ministry dedicated to fishermen. So did Gandhi make a gaffe? And how influential is the community for one party’s appeasement to elicit such a strong response from its rivals?

After promising a fisheries department in India’s southern states for two consecutive general election campaign trails, while the BJP-led National Democratic Alliance (NDA) did not create  a separate ministry, a dedicated Department of Fisheries was established in May 2019 implementing a plan worth Rs. 20,050 crore. In a rebuttal to Gandhi’s claim, Minister of Fisheries, Animal Husbandry & Dairying Shandilya Giriraj Singh clarified that the amount allocated to fisheries was the highest any central government had ever assigned since independence.

In response to being trolled for his alleged ignorance and Prime Minister Narendra Modi expressing ‘shock’ over Gandhi’s statement, the Congress leader clarified that he would like for the fisherfolk to have an independent ministry of fisheries and not just a department within a ministry.

The fishing industry is not a novel issue to raise while campaigning in the southern states: fisherfolk account for a significant chunk of voters and their appeasement ahead of polls is routine. In Tamil Nadu, the fishing community is electorally influential in 15 of its 39 Lok Sabha seats. The state has 38 Assembly segments with coastal voters, approximately 11.9 lakh fisherfolk population, according to News18. Kerala 10.5 lakh people spread across 335 fishing villages, according to state government data for 2019-20. The Fisheries Union says the number is much higher. With a 590-km coastline, nine of its 14 districts face the sea. West Bengal has 22.45 lakh people engaged in fishing related work, directly or indirectly, while the Union Territory of Puducherry has 30,000 fishermen. Together, these three poll-bound states and a Union Territory reportedly produce around 25 percent of the country’s fish. India is the second largest fish producing country in the world and accounts for 7.58 per cent of the global production, according to the Economic Survey of India 2020-2021.

Star campaigners regularly attempt to reach out to the fishing community particularly in Tamil Nadu, where the national government has historically been criticised by the state government for not doing enough.

An article by The Hindu titled ‘Fisheries sector needs improvement,’ elaborated how the central government’s lack of attention to farmers needs has stagnated fish production. But the BJP-led government has met some of its promises. In 2015-16, the government launched a centrally sponsored scheme, Blue Revolution, to catalyze the “Integrated, Responsible and Holistic Development and Management of the Fisheries Sector” for a 5 year period with a central financial outlay of 3000 crores. The greatest amount of money transferred to an individual  state for various fishing related schemes was to Tamil Nadu with Rs. 332.43 crores, a Factly data review found. Tamil Nadu was followed by the three other South Indian states - Kerala, Karnataka & Andhra Pradesh.

While the government made strides in terms of implementing central schemes, Modi’s government has been criticised for taking a “timid” stance against Sri Lanka, whose Navy the fishermen claim routinely attacks the community. Most recently, the bodies of four fishermen washing ashore in Sri Lanka triggered anger in coastal Tamil Nadu with fishermen demanding a criminal case against the Sri Lankan Navy. Tamil Nadu’s chief minister also wrote to the Prime Minister seeking an investigation into the recent deaths.

In an op-ed written in The Indian Express, Poonkuzhali cites data submitted by AIADMK member of parliament and former deputy speaker of the Lok Sabha Thambi Durai stating 245 Indian fishermen have been killed by Sri Lankan personnel over the decades. This is only those who were killed while in water.

With a fractured past in which Sri Lanka’s military offensive led to the death thousands of Tamil civilians almost 12 years ago, the government which recognizes outrage in Tamil Nadu over the island nation’s actions —particularly after the death of four fishermen earlier this year — is taking cognizance while campaigning. At a recent address Modi mentioned the plight of Indian fishermen arrested by Sri Lankan security forces and reaffirmed his commitment to “the welfare and aspirations of our Tamil brothers and sisters in Sri Lanka”. Critics argue such reprimanding might not be enough.