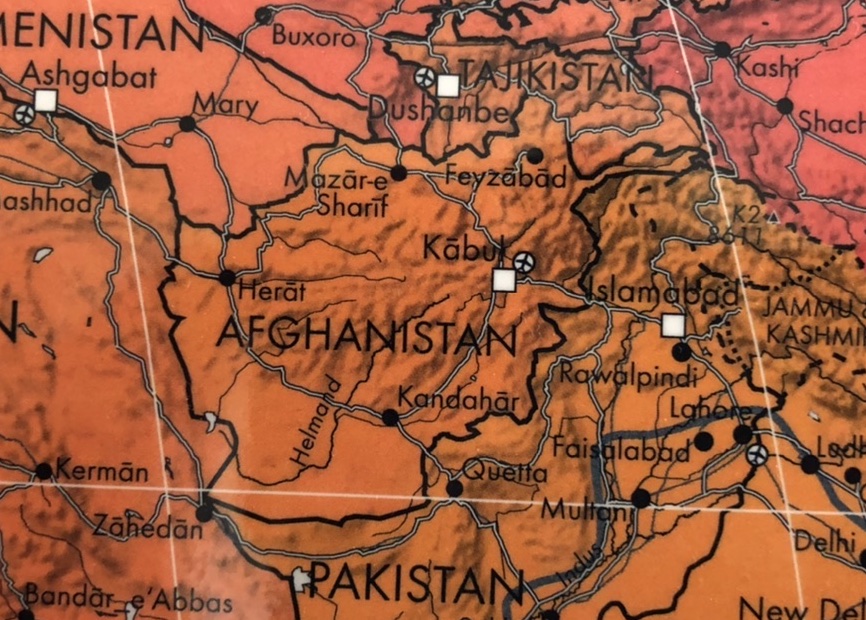 By Suchita Goel and Gayathri Loka

On August 15, 2021, the Taliban took over the presidential palace in Kabul. On the same day, President Ashraf Ghani fled the country and fear spread through the nation. Since then, social media and news outlets have bombarded viewers with visuals depicting everything from people trying to leave the country, to women being harassed and others that illustrate how quickly life has changed under the new regime. It is well known that the situation in Afghanistan is dire, however, not all the information broadcast has been altogether accurate.

FALSE: Women and children did not leave Afghanistan.

A miscaptioned image states that no women or children have left Afghanistan. However, this image shows Afghan refugees being deported from Turkey three years ago, in 2018. It does not show refugees from the current crisis.

PARTLY TRUE: An edited image of a man hanging on to the wing of an aircraft to escape Afghanistan is shared on social media.

A video of a man lying on the turbine engine of a flying aircraft is going viral on social media, accompanied by a claim that the man is an Afghan citizen trying to flee the country. Although it is true people have fallen to their deaths after attempting to stowaway on aircrafts have been reported, however, the video in question has been created digitally by a graphic designer from Vietnam named Mai Xuan Huy.

FALSE: A photo shows a Taliban fighter holding a group of women and children against a wall outside Kabul airport.

Some media outlets took India’s foreign ministry spokesman Arindam Bagchi’s statement out of context, stating that India would prioritize repatriation based on faith. This is inaccurate. India officials have said the country will offer assistance to those who wish to leave Afghanistan, and the e-visa form does not have any category for religion to be filled.

The video shows a 2014 play, which featured women being sold as part of the play. Taking place in London, the play raised awareness about crimes against women in Iraq. The video of the play has been misattributed to recent Taliban activity in Afghanistan.

FALSE: A video shows Taliban militants shooting a woman dead in Afghanistan for stepping out of her house.

The video is from 2015. It shows al-Nusra Front executing a woman in Syria. Since the Taliban has taken over Afghanistan, this video has resurfaced and has been falsely attributed to the events of the Taliban takeover in 2021. Captions of the video state that the Taliban shot the woman in Afghanistan for stepping out of her house.

FALSE: The Afghan Air Force pilot Safiya Firozi was stoned to death by the Taliban.

Farkhunda Malikzada, a student of Islam, was accused of burning a Quran in a Muslim shrine and was killed by four men in Afghanistan in 2015. The image from the incident has been misattributed to the present situation in Afghanistan.

MISLEADING: A CNN reporter covered her head while reporting after the Taliban took control over Afghanistan.

The image lacks context and misleads people. It does not show the contrast of life before and after Taliban rule. The photos were taken a day apart, with one in a private compound and the other on the street.

MISLEADING: A video shows Ashraf Ghani fleeing Afghanistan as the Taliban takes control of the country.

Older footage of the Afghanistan president boarding a plane has been captioned with false claims that it depicts him fleeing the country on August 15. The footage actually shows President Ashraf Ghani leaving for a short trip to Uzbekistan.

FALSE: A video shows the Taliban celebrating the takeover of Maidan in Afghanistan.

A major Indian channel is misattributing a viral video of a wedding celebration from Khyber Pakhtunkhwa, Pakistan, as the Taliban celebrating after taking over Afghanistan.

FALSE: A video shows the Taliban in control of the presidential palace in Kabul.

A video of Syrian rebels capturing the Idlib city in 2015 was shared, purporting to show a recent incident from Afghanistan.

I Have Read Over 100,000 Posts: Teaching the Philosophy of the Internet

In 2000, there was a controversy—which, has been raised again periodically over the course of the last twenty years—about Staffordshire University offering a degree in David Beckham Studies: ostensibly the ultimate Mickey Mouse course, the most...

Double Check: Are These 13 Reasons Why Your Kids Shouldn’t Get Vaccinated?