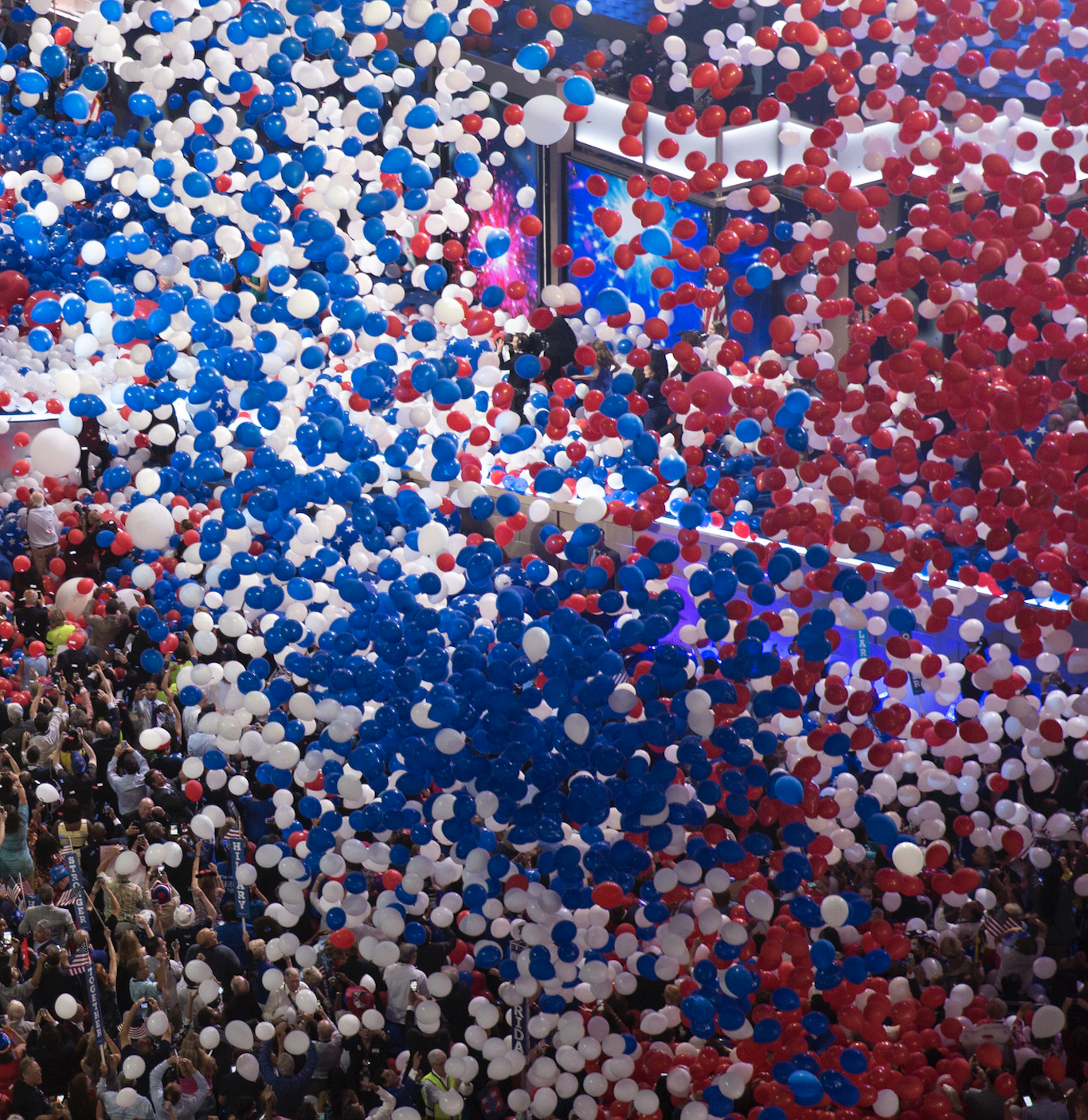 The Republican National Convention got underway last night, short on crowds but big on claims about the last four years and what might happen next. Here are our collected fact checks from Day 1.

Over 50 hostages released from 22 countries under Trump, more than any American President ever.

On the first night of the Republican National Convention, Donald Trump appeared in a video with six people whom his administration helped free after being taken into custody in countries around the world. He claimed that they were among more than 50 people freed from 22 countries during his administration, more than any American President ever.

The Trump administration has indeed been active in the release of Americans, with several high profile diplomatic situations being resolved during the term of office. However Trump's claim to have freed the most hostages ever, is in doubt: James O’Brien, a special presidential envoy for hostage affairs between 2015 and 2016, said the Obama administration freed roughly a hundred Americans abroad during that time.

Ultimately, we can't verify the claim as the U.S. government has not publicly disclosed the number of American citizens being held hostage. The data remain classified over security concerns and some of the cases have not even been made public.

While it is true that Black workers saw record-low unemployment before the pandemic, it is false that they had record-high participation.

In 2019, the U.S Labour Department reported that the jobless rate for African Americans was at its lowest rate ever at 5.5% in September 2019.

Trump issued an executive order on Oct. 12, 2017, instructing the Departments of Labor, Health and Human Services, and Treasury to consider proposing regulations to expand association health plans, short-term insurance, and employer health reimbursement arrangements. His administration proposed rules that would expand the sale of less expensive insurance with fewer benefits.

For some, cheaper plans with fewer benefits would be better than those offered by the Affordable Care Act(ACA). However, for others, particularly those with medical conditions, a policy with less coverage was not an improvement. The changes increased coverage price for those who remain on the individual market and ACA exchanges. Cheaper plans that attract healthier individuals caused insurance to be more expensive for other plans. The Kaiser Family Foundation explains in an issue brief that short-term policies have lower premiums than ACA-compliant insurance policies 'because short-term policies offer less insurance protection.'

Short-term health insurance, when compared to the ACA, will most likely be cheaper, but short-term policies provide less protection the the care offered by the Affordable Care Act.

Restorative justice is a process which aims to focus on repairing harm rather than punishing offenders. It assumes offenders are usually capable of remorse and change, and victims are better served by processes that meet their specific needs rather than punishing the harmers. Under the Obama administration, 2014 guidance urged schools not to suspend, expel or report students to the police except in the most extreme cases.

This guidance came under fire after a gunman killed 17 students and staff at Marjorie Stoneman Douglas High School in Parkland. Many conservatives suggested the guidance discouraged school officials from reporting the shooter’s past behavioral problems to police. Following this case, the Trump administration formally scrapped the policy in 2018.

On August 8, 2020, President Donald Trump signed an executive order temporarily suspending the collection of payroll taxes for workers earning less than $100,000 a year, in a bid to inject liquidity in the wake of the coronavirus pandemic.

The ‘Memorandum on Deferring Payroll Tax Obligations in Light of the Ongoing COVID-19 Disaster’ states that ‘The Secretary of the Treasury is now directed to use his authority under 26 U.S.C. 7508A to defer the withholding, deposit, and payment of the tax imposed by 26 U.S.C. 3101(a), and so much of the tax imposed by 26 U.S.C. 3201 as is attributable to the rate in effect under 26 U.S.C. 3101(a), on wages or compensation, as applicable, paid during the period of September 1, 2020, through December 31, 2020.’ ) The deferral shall be made available concerning any employee the amount of whose wages or compensation, as applicable, payable during any bi-weekly pay period generally is less than $4,000, calculated on a pre-tax basis, or the equivalent amount for other pay periods.

Revenues to the treasury increased after taxes were lowered in 2017

Revenues to the treasury declined significantly after Donald Trump signed the Tax Cuts and Job Act in 2017.

In 2017, Donald Trump signed the Tax Cuts and Job Act (TCJA), after which tax cuts dramatically altered the U.S. tax landscape for the first time in decades by permanently slashing the corporate tax rate from 35% to 21%, temporarily cutting individual tax rates and limiting state and local tax deductions. Many Republicans in the House and Senate, and members of the Trump administration, claimed that the act would increase revenues. On the first night of the Republican National Convention, Tim Scott said that revenues to the treasury increased after taxes were lowered in 2017. However, that is not true. While nominal revenues were higher in the fiscal year 2018 (which began Oct. 1, 2017) than in FY2017, that comparison did not fully address the TCJA’s effects. Nominal revenues rise because of inflation and economic growth. Adjusted for inflation, total revenues fell from FY2017 to FY2018 and further adjusted for the size of the economy, and they fell even more.
Read the full fact check here

Trump signed the FUTURE Act in 2019 ensuring HBCUs receive funding for the next 10 years, but the Congress appropriated the historically high funding.

On the first night of the RNC, Senator Tim Scott of South Carolina said that Trump signed historical high funding for HBCUs and a bill for their permanent funding. Since the beginning of his presidency, he has been supportive of HBCUs. In 2017 he enacted an order that moved an HBCU initiative from the Department of Education to the White House.

While federal funding for those institutions has increased under Mr. Trump, the program predates his presidency by decades, and Congress appropriates funding. The historic funding that the schools have received was not precisely because of Mr. Trump. The New York Times reported that the president requested $643.9 million in funding for HBCUs in the 2019 fiscal year and $626.3 million in 2020. But, the appropriations by Congress topped $700 million in both years.

Joe Biden wants to raise tax on 82% of Americans

Ronna McDaniel, the chairwoman of the Republican National Committee, claimed that Joe Biden wants to raise taxes on 82% of Americans. This claim is based on Joe Biden’s tax plan.

Joe Biden, the Democratic nominee for president, has previously stated that he would not raise taxes on anyone making less than $400,000. If elected, he plans to roll back President Trump’s tax cuts on households making above the $400,000 threshold and on corporations. Trump’s tax law reduced the income tax on the wealthiest Americans from 39.6 percent to 37 percent. Washington Post reported that Trump and Republicans in Congress also enacted the most significant corporate tax cut in U.S. history, by slashing the corporate tax rate from 35 percent to 21 percent in 2017. If elected president, Biden has vowed to raise the corporate tax rate to 28 percent.

Kimberly Guilfoyle described herself as a first-generation American. During her speech, she said her mother was a special education teacher from Aguadilla, Puerto Rico. At the same time, her father, whom she described as 'also an immigrant,' came to America to pursue the American dream. Her father is from Ireland. However, under the Jones Act of 1917, Puerto Ricans were collectively naturalized as U.S. citizens, which makes her mother a citizen of the United States.

Trump brought back thousands of manufacturing jobs to America

Cori Bush, the Democratic candidate for St. Louis is a marxist revolutionary

Mark and Patricia McCloskey, a St. Louis couple who pulled their guns on protesters walking along their private street in June, spoke at the first night of the Republican National Convention. In their speech, they called out one of the protesters, Democratic Congressional candidate Cori Bush and called her a marxist revolutionary.

President Donald Trump gave a speech in Mankato, Minnesota, on August 17, where he claimed that, if elected, Joe Biden will abolish immigration enforcement, bail, the suburbs, and effective policing. This is not the first time Donald Trump made this claim. On July 23, Trump wrote on Twitter, 'The Suburban Housewives of America must read this article,' linking to a New York Post op-ed by former New York lieutenant governor, Betsy McCaughey, who argued that Biden would ruin the country's bedroom communities. This claim is based on a housing regulation designed to make the housing market fairer, the Affirmatively Furthering Fair Housing (AFFH) rule, which was put in place by the Obama administration in 2015. However, the AFFH never had much of an effect on any area, suburban or otherwise. The rule intended to clarify some of the vague languages of the Fair Housing Act of 1968. It essentially required municipalities to fill out a report on barriers to fair housing within their jurisdictions.

An article published by Bloomberg analyzes Joe Biden's economic policies. It states that his focus on an inclusive economy that is less centered on the superstar cities that have flourished in the past will lift the suburbs. Biden's platform intends to pour $640 billion into affordable housing over ten years and to continue cracking down on redlining, and push for affordable homes. Diane Yentel, the president and CEO of the National Low Housing Coalition, told NPR that Obama-era policy aimed for rezoning in some communities, as some zoning had led to purposeful, policy-driven segregation. Biden's plan similarly endorses that.

The first of three Presidential debates, between Democratic candidate Joe Biden and incumbent President Donald Trump took place last night. Here are some of our collected fact checks from the evening.