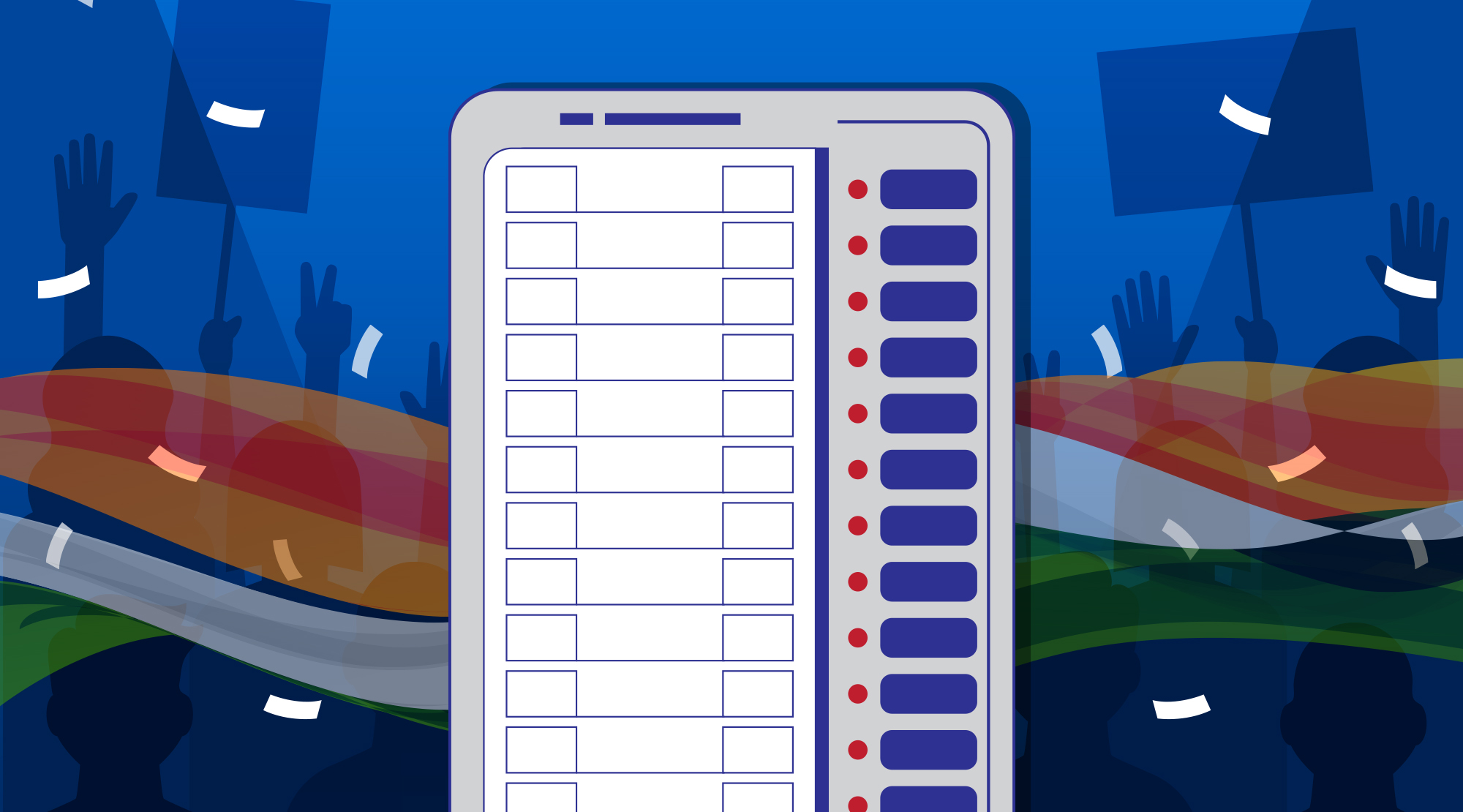 Earlier this month, an Election Commission of India (ECI) sector officer in West Bengal’s Howrah district was suspended for staying the night at the home of a relative — a Trinamool Congress (TMC) leader — while carrying four spare Electronic Voting Machines (EVM) and Voter Verifiable Paper Audit Trails (VVPAT) in his possession.

Shortly before the incident, the commission ordered that votes should be recast at a polling station in Assam’s Ratabari constituency and suspended four officials after a video surfaced showing officers had used a vehicle registered with a Bharatiya Janata Party (BJP) candidate to transport an EVM after voting closed on April 1. While the EC said “severe action” would be taken against those involved in the incident in poll-bound West Bengal, it cited “breach of transport protocol” in the second. Additionally, the EC also ordered re-polling in Assam’s Haflong constituency after 181 votes were cast even though the number of eligible voters totaled only 90. In Tamil Nadu’s Velachery Assembly constituency the commission declared polling held at a station “void” after an EVM and VVPAT unit were found in unauthorized possession of an employee of the Greater Chennai Corporation. The units were being taken to a counting center and two more employees had accompanied him.

One EVM was found abandoned on a highway after it fell off the vehicle transporting the set.

Such mishaps are surprisingly not unique to the ongoing elections. Polls have repeatedly been marred by protocol violations and inconsistency in data reporting has often raised questions about the legitimacy of the results. During the Madhya Pradesh elections in November 2018, four officers were found to have taken EVMs to a hotel. In Rajasthan that year, one reserved EVM was allegedly taken to a BJP leader’s house by an election duty staffer, while another was found abandoned on a highway after it fell off the vehicle transporting the set.

Citing glaring negligence in the 2018 Assembly elections, the polling body said it would overhaul its manuals and focus on EVM-VVPAT transfer. The Economic Times reported that the commission would initiate intensive training and awareness for all polling staff across states to remind them of the rulebook and sensitize them to the importance of maintaining the EVM/VVPAT procedures. But negligence coming to light has led opposition parties and several experts to continue to cast a shadow of doubt over the legitimacy of voting in rounds of state elections conducted over the past few years.

What is the protocol?

The commission has a detailed manual for how EVMs are to be transported. Kept in heavily guarded locked strongrooms, when being taken to polling stations; protocol stipulates that all EVMs, after voting is complete, should be under cover of armed police at all times. When being transported to other locations officials have to appraise political parties and candidates and keep them informed of the movement plan. Additionally, the candidates or their agents can follow the vehicles in which EVMs are carried. An appointed observer is responsible for checking the storage facilities, security aspects, and the general plan for dispersal of polling parties. With several reports of detours having been taken during elections, certain officials during multiple election seasons have clearly not followed the step-by-step guidelines.

With over 250,000 polling stations, transportation of EVMs from the strongrooms to the polling station and back of over 300,000 machines one or two instances of negligence cannot define the manner in which the Commission conducts the mammoth task of conducting elections in multiple states across the country, former Chief Election Commissioner OP Rawat told Logically.

While the polling body cites these instances as random acts that are far and few, a report by the Quint quoted former Election Commission staffers (on the condition of anonymity) saying these instances can lead to misuse. Mainly on three fronts: a polled EVM-VVPAT could be replaced by another into which votes favoring a particular party may have been cast, reserve EVM-VVPATs could possibly be tampered with in favor of a political party to be able to use in the next phase of the election and a political party may have connived with an election officer to gain access to EVM-VVPAT machines, and then rope in experts to crack its vulnerabilities.

“The frequent occurrence of such incidents can be seen from three different perspectives: First, inefficiency. Second, indifference or a careless and casual approach. Third, it could be collusion,” founding member of the Association for Democratic Reforms Jagdeep Chhokar told the Quint.

It’s not just for transportation of EVMs, the commission has also come under scrutiny for failing to provide answers raised by experts and the opposition on whether the machines can be hacked and how they are audited. When instances of EVM malfunctioning came to light in 2019’s general elections, 66 retired civil servants had written to President Ram Nath Kovind calling the commission’s conduct “obdurate.” The letter stated, “reluctance to undertake a proper VVPAT audit when its present sample size fails to detect a ‘defective EVM’ (i.e. a malfunctioning or manipulated EVM) 99 percent of the time raises serious questions about its [ECI’s] motives.” They pointed out that the institution was going through a “crisis of credibility”. Additionally, responses to a series of Right to Information requests highlighted huge disparities between the accounting of the number of EVMs the commission had received over a period of time and the supply records of the manufacturers among other major discrepancies.

On the question of machines casting a vote for BJP no matter what button a voter presses, several news reports have said further investigations show these allegations are baseless. Around the skepticism that mass hacking of EVMs can lead to rigged results, experts claim large-scale hacking of the machines is highly unlikely.

The Election Commission’s formidable record of being an independent body has come into question in recent years. The polling body has a recent record of giving muted responses to allegations of misconduct, not taking stronger action against leaders breaching the model code of conduct along with allegedly extending a series of waivers to the ruling BJP. If the body handled some of the aspersions of misuse and partiality in a more direct fashion, it could lessen the trust deficit created when it comes to the Election Commission’s credibility in undertaking the most important democratic exercise.

Over the weekend, a group of white supremacists wearing masks rented a bunch of U-Hauls and trucked themselves into D.C. to stage a rally. Footage of the rally shared on Twitter quickly went viral. The anti-fascist and disinformation research...