Double Check: Do We Still Need Fact Checking in a Biden Presidency? 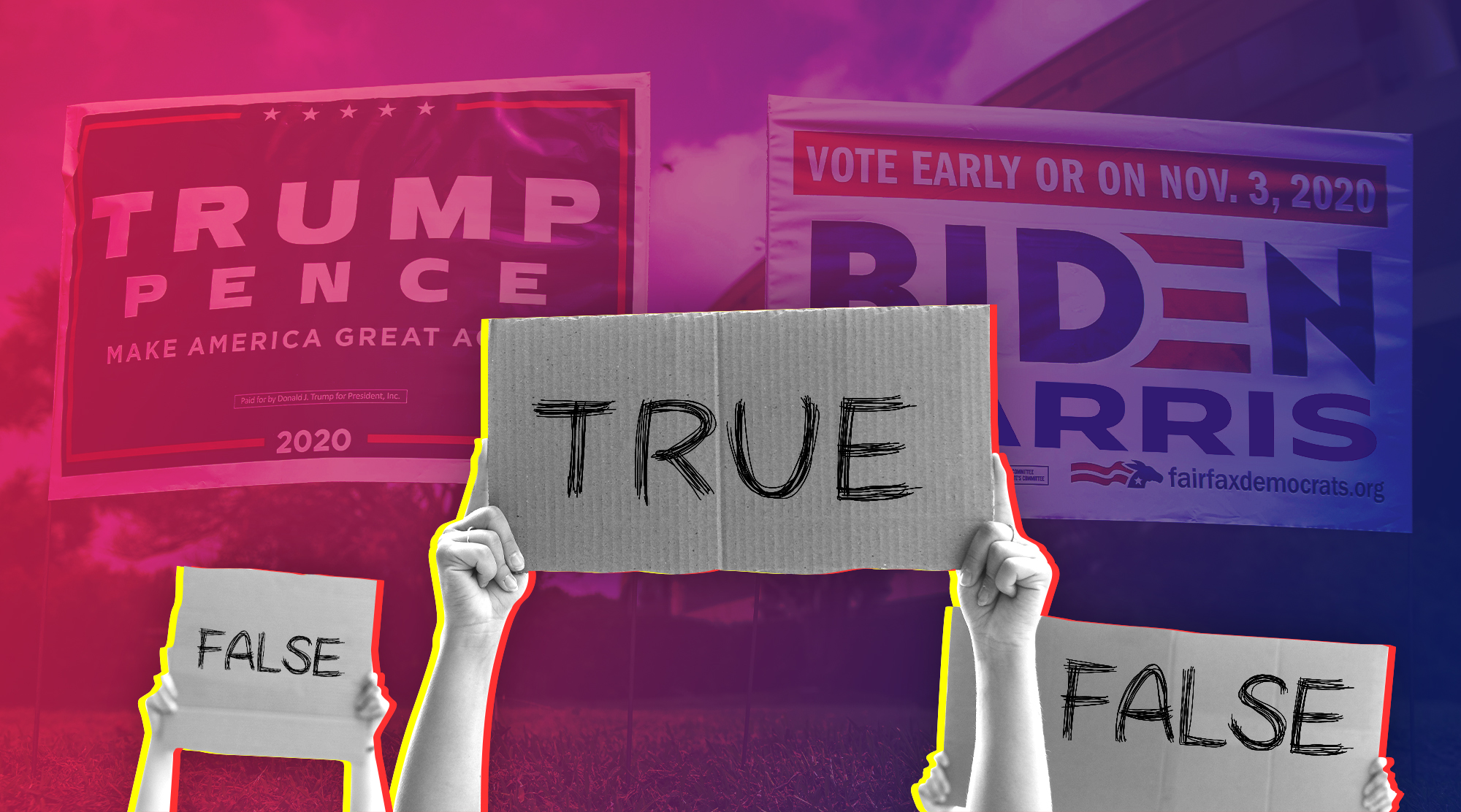 As the 2020 presidential elections concluded in the United States with Joe Biden as the President-elect, some social media users claimed that there will be no need to fact check the president anymore. I’m a senior fact checker at Logically. I have been closely monitoring and fact checking the 2020 election. Here’s why I think that’s wrong.

Throughout his campaigns, both in 2016 and 2020, and throughout his time in office, President Donald Trump has repeatedly made dubious, misleading, or false statements. He also often repeated the same debunked claims even though they have been fact checked. He has made false assertions around voter fraud, COVID-19, the Obama administration, and of course, his opponent in 2020, Joe Biden. These assertions have often been amplified by his close aides and family members. But the assertions that Trump makes are often simple, one-dimensional distortions of the truth, which means that while gathering evidence for your conclusions can be laborious, the process of checking Trump’s claims is ultimately relatively straightforward.

In contrast, fact checking Biden is not straightforward at all. Biden has a habit of talking in rhetoric and layers. The President-elect’s claims are more likely to be exaggerations, and are often nuanced distortions of the facts. During the second presidential debate, Biden claimed that the president’s advisers told him that if Americans wore masks, 100,000 lives could have been saved. On the surface, this claim looks like it could be true because we all know that early on in the pandemic, the president failed to explicitly come out in support of mask-wearing to combat COVID-19, but when we looked into the details of the claim, we found that a better judgement was misleading. The 100,000 lives estimate did exist, but the claim wasn’t that “100,000 lives would be saved if Americans wore masks”, but that the president’s advisers had told him this, and that he had ignored the advice of his own team. In fact, Trump’s advisers never used the estimate of 100,000 potential lives saved. This may seem nitpicky, but a big part of our work is identifying the force of the claim. What does it say about the world? What does it say about the people it implicates? What does it say about the facts? The force of this claim is more about Trump’s intransigence and willingness to listen to the experts, than it is about the relative merits of masks or Trump’s own willingness to wear them. It may well be the case that he ignored the advice of his advisers on issues relating to the pandemic, but in this instance, we judged this particular claim to be misleading.

During the Democratic National Convention, Biden claimed that during his career he had taken on the National Rifle Association (NRA) twice and won. Again, on the surface this claim seems likely to be true because most Democrats support stricter gun control measures, but when we investigated, we found that out in one of the cases Biden cooperated with the NRA, giving in to some of their demands before that bill was passed, and thus we judged this claim as partly true. Checking assertions made by Biden, especially with regards to the career requires a fact checker to peel back all the layers that surround his assertion until we can make an educated judgment. Biden has been in politics for over 40 years. Despite his successes, his career has been full of contradictions, triangulation, and policy shifts. While checking Biden’s claims, it is important to keep his political background in mind. If anything, as Biden is a more experienced politician than Trump, he is likely to be more practiced at distorting the truth, should he choose to do so. It would be hubris for fact checkers to relax now.

One could also argue that Biden is likely to have an easier time in the national press than Trump did. Legacy media institutions have often struggled to hide their disdain for the outgoing president, which has led to increased scrutiny for many of his claims. That scrutiny is a good thing; it’s essential for a healthy democracy, and so it must not fall away in a Biden presidency simply because people feel more inclined to trust the President-elect with certain institutions.

Anyone who thinks fact checking has become less important since the election result is sorely mistaken. Since Trump took office, there is a more urgent need to fact check politicians, because he brought to surface how easy it is to distort the truth or plainly lie, and the effects those lies can have on people. In a democracy, we elect the people who hold office, and it is our responsibility to hold them accountable for their words and actions. Fact checking is not selective, and is not dependent on who occupies the office. All political leaders must be given the same treatment. Their speeches, acts, and words must be scrutinized.

On December 2, OpIndia, a right-wing Indian news website published a piece railing against the practice of fact checking, calling it a new name for the “same old propaganda journalism” and sarcastically calling fact checkers “unbiased angels...